Chris Paukert
Our man Steven J. Ewing recently spent some time in a 2013 Dodge Charger SRT8 Super Bee, and while he found a lot to love – particularly underhood – he didn't care for the sedan's retro-steeped visuals, preferring the standard SRT's look instead. Perhaps he'll dig this throwback look instead. Over the weekend, Chrysler unveiled this handsome 2013 Dodge Charger SRT8 392 Appearance Package at the eighth annual Spring Festival of LXs, a gathering of Charger, Challenger and Chrysler 300 enthusiasts held in Irvine, California.

Performance-wise, the 392 remains unchanged from standard SRT8s, but that's hardly a slight – the 6.4 liter Hemi V8 continues to churn out 470 horsepower and 470 pound-feet of torque to the rear wheels. Like other 2013 SRT8s, the 392 benefits from the institution of a new launch control system and a retuned three-mode adaptive suspension.

In related news, Chrysler also used Irvine's LX Fest to test the waters of a 300 SRT Concept which featured a non-metallic paint trimmed by blacked-out mirror caps, taillamps and window surrounds. The Black Vapor Chrome wheels have also been given a matte finish. While purely a concept for the moment, we'd be shocked if something like this didn't show up in dealers sooner rather than later.

UPDATE: Official press shots have been made available. You'll find them in our expanded gallery.

The estimated 2,500 enthusiastic attendees who brought more than 1,000 different Chrysler, Dodge and SRT vehicles to the Eighth Annual Spring Festival of LXs' this past weekend in Irvine, Calif. received an exclusive first peek at the latest limited-edition exterior package from the Chrysler Group's SRT (Street and Racing Technology) brand, as president and CEO Ralph Gilles pulled the cover off of the new 392 Appearance Package for the Dodge Charger SRT8.

Designed to offer a modern interpretation of the classic muscle-car styling cues of the Charger SRT8, the optional 392 Appearance Package adds an extra dose of menacing appearance for iconic four-door fastback coupe, with the following new appointments:

"The Spring Festival is the perfect location to debut our new 392 Appearance Package for the Dodge Charger SRT8 to some of our most dedicated and creative performance enthusiasts on the planet," said Ralph Gilles, President and CEO – SRT (Street and Racing Technology) Brand and Motorsports, Chrysler Group LLC. "With its numerous new exterior appointments beyond our exclusive Black Vapor Chrome wheels, not only will this new 392 Appearance Package set the Charger SRT8 apart even further, it also brings another level of exclusivity to our lineup as only 392 cars will receive this special treatment during the 2013 and 2014 model years."

The 392 Appearance Package option will cost $2,495, and customers can begin ordering in April.

Even with the high horsepower and torque numbers, up to 23 mpg on the highway is achieved by the use of an active valve exhaust system that allows the standard Fuel Saver Technology (four-cylinder mode) to engage over a wide rpm range for efficient motoring or the use of all eight cylinders when the extra power is needed. The active valve exhaust system also allows for straight through mid and rear mufflers for a throaty exhaust note under engine load.

The proven five-speed automatic transmission uses standard steering wheel mounted paddle shifters or the center console mounted Auto Stick, allowing for a choice of spirited shifting on both the road and the racetrack. Both methods give the driver the ability to manually select specific gears on the transmission.

New for 2013 is an improved adaptive damping suspension (ADS) system that is expanded to three modes and tuned specifically for the Dodge Charger SRT8 to provide an everyday performance ride or a much firmer race track capable damping for more challenging driving situations.

In "Sport" mode, the damping system rebound and compression is locked to a higher damping rate. Drivers can easily choose between settings with a press of a button on the center stack to quickly change the shock damping characteristics from "Auto" for everyday commuting to "Sport" for more spirited driving situations.

In "Track" mode, the higher damping rates combine with a performance shifting and gear holding feature that allows the driver full shift control when using the steering wheel mounted paddle controls or AutoStick.

When the vehicle is at a complete stop, the driver engages the system by pressing the ESC button twice and then with their foot securely on the brake, quickly applies full throttle. Launch control holds the engine at optimal launch rpm (1,825) and waits for the driver to release the brake. Launch control then uses engine torque management to achieve controlled wheelslip for maximum acceleration up to 62 mph (100 kph).

On the inside, the full-color graphic Electronic Vehicle Information Center (EVIC) with exclusive Performance Pages includes timers for 0-60 mph, one-eighth mile and quarter-mile times, 60-0 braking distance, along with lateral and longitudinal G-forces within the touchscreen display.

The instrument panel's 8.4-inch color touchscreen display – the segment's largest standard display – also has all the same Performance Pages data as the EVIC, and is further expanded to include steering angle, horsepower and torque outputs along with engine gauges. The display is customizable to a driver selectable background.

The system uses GreenEdge speaker and amplifier technology to offer superior sound quality and high Sound Pressure Level outputs with minimum energy consumption. GreenEdge amplifiers alone outperform traditional amplifier efficiency by up to 55 percent, representing a net efficiency of more than 90 percent in some cases. The speakers are tuned for maximum efficiency and perfectly matched to the amplifier output.

Owners of any Chrysler Group SRT vehicle receive one day of professional driving instruction as part of the SRT Track Experience, designed to maximize their driving knowledge and skills on the street or track. Sessions are held throughout the year at selected tracks.

Follow SRT and Chrysler Group news and video on: 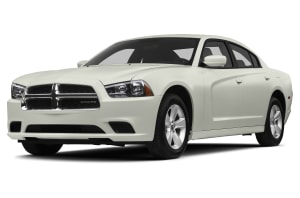