Up until now, if you wanted the top-of-the-line version of the Kia Rio 5-Door, you could only get it with the six-speed automatic transmission. But now, Kia has now announced a limited run of six-speed manual-equipped hatchbacks.

That means that Rio 5-Door buyers no longer have to decide between a row-your-own gearbox and features like the UVO infotainment system, backup camera and Bluetooth hands-free calling. You can have all these features, plus the manual gearbox for an MSRP of $17,900.

According to Kia, the combination of range-topping trim and manual transmission provides a "more engaging drive experience without sacrificing the comfort and convenience offered by the subcompact model's highest trim level."

The idea for the Rio SX M/T (manual transmission) was apparently inspired by Kia's B-Spec race car, which has been competing in the Grand-Am race series. Only 500 examples of the SX M/T will be sold for the 2013 model year.
Show full PR text
Special-Edition 2013 Rio 5-Door SX M/T Arrives in Limited Quantity

Until now, driving enthusiasts couldn't get their hands on the Rio they were most eager to own--that's about to change. The 2013 Rio 5-door SX is now offered with a 6-speed manual transmission (M/T). Arriving in dealerships in limited quantity with a MSRP of just $17,900, the Rio SX M/T is a fun-to-drive subcompact that satisfies enthusiasts' desires for a more engaging drive experience without sacrificing the comfort and convenience offered by the subcompact model's highest trim level. The Rio SX M/T is inspired by Kia's championship winning motorsports efforts and the recently-introduced Rio B-spec race car. Enthusiasts should get in line now as less than 500 Rio SX M/Ts will be initially offered for sale during the 2013 model year. 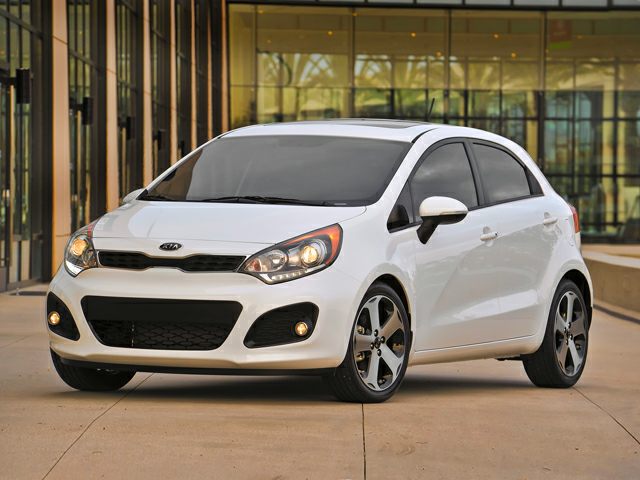