Next Mercedes-Benz C-Class getting worked out at the 'Ring

Jonathon Ramsey
Not too much is certifiably known about the 2014 Mercedes-Benz C-Class, but putting together various snippets presents a sedan that will be moving the bar in various directions. Caught at the Nürburgring under comprehensive camo, it's said the styling underneath will take plenty of sculpting cues from the aggressively styled CLS, suggested here by the camo grille covering.

Under the hood, powerplants are expected to stick with the turbocharged four-cylinder currently available and expand into a gasoline hybrid model, with rumors of a diesel or even a diesel hybrid, and even three-cylinder and four-cylinder engines with displacement-on-demand technology.

In addition to the sedan bodystyle, a coupe, convertible and wagon are coming, but the latter might not come to the U.S. 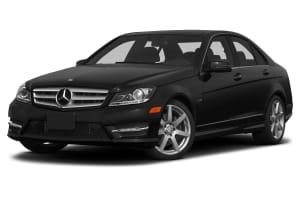