BMW is strongly considering adding a North American production facility in Mexico. That's according to an Automotive News report, which says the German automaker is looking at four potential locations for a new assembly plant to produce the 3 Series.

BMW officials say that tax breaks and incentives have made areas like the north-central Mexican state of Queretaro a top contender for the home of the 3 Series sedan and the next generation front-wheel drive 1 Series.

BMW's first North American plant, its Spartanburg, South Carolina facility, started with 40,000 to 50,000 units annually and has increased as the years went on. According to the report, the proposed Mexico plant would start similarly and eventually grow to 100,000 to 150,000 units annually.

For comparison's sake, while Mercedes-Benz will bring production of the C-Class to to Vance, Alabama in 2014, Audi has opted for Mexico for its first North American plant. According to the report, Audi admits Mexico's lower wages were a draw compared to the U.S.

U.S. production of BMW is still significant, and there's no reason to think that if a new Mexico plant were to come online that any production would be taken away from the German automaker's stateside operations. BMW built over 275,000 vehicles in the United States in 2011. That's a jump of 75 percent from 2010, and it's only set to grow. BMW says that the plant is set to produce over 300,000 this year. 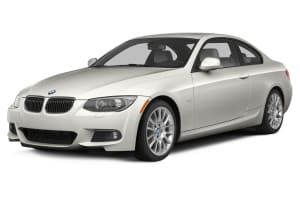