According to Car and Driver, the next-generation Maserati Quattroporte is slated to get two all-new forced-induction engines sourced from Ferrari.

At launch, the Quattroporte will be introduced with its range-topping engine, a 5.2-liter turbocharged V8, good for something like 520 horsepower. That's all well and fine, but the big news is that a smaller, supercharged V6 will launch shortly thereafter, pumping out around 420 horsepower. That's right, Ferrari will be making a V6.

C/D reports that the supercharged V6 comes from the group that is heading up the development of Ferrari's new 1.6-liter turbocharged six for use in future Formula One racers. This new 420-hp engine is said to be about 30 percent more efficient than the V8 currently found in the Ferrari California. The Quattroporte itself is tipped to be about 450 pounds lighter than its predecessor, which should also help in the efficiency department.

Both engines will be available with a ZF-sourced eight-speed automatic transmission. The current car's automated manual transmission option will no longer be offered.

We've seen the automaker's forthcoming Q-ship out testing on a number of occasions, and C/D believes that the new car will officially bow at the 2013 Detroit Auto Show in January. 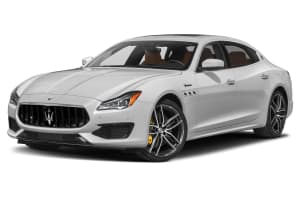 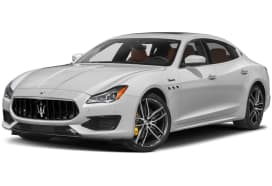