Fiat-Chrysler CEO Sergio Marchionne has shed a little light on the future of a few Chrysler products, including the Jeep Compass, Chrysler Town & Country and Dodge Dart. While speaking at the Chrysler Belvidere Assembly Plant, Marchionne said both the Jeep Patriot and Compass will continue to be build at the facility through 2014, at which point it will be replaced by a new model. The executive was mum on the Patriot's future, however. Marchionne also tipped his company's hand on the development of a Dodge Dart SRT model, saying the machine is coming. Right now, the company is simply trying to decide "how big an engine we stick in it."

That has to be a fun debate.

Then there's Chrysler Town & Country. We've already heard word that Chrysler aims to kill off either the Dodge Grand Caravan or the Town & Country, and now it appears the latter is destined to leave the market. Marchionne said the Grand Caravan will be the automaker's only minivan moving forward and that Chrysler will fill the void in its lineup with a new, smaller upscale crossover. Details are slim on that model, though other reports have suggested the machine may resemble to the unloved Mercedes-Benz R-Class. 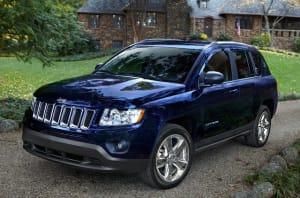