Racing is racing. Whether it's pounding the quarter mile into submission or kicking it sideways around a circle track, going fender to fender or against the clock is the same kind of rush no matter the flavor. As you well know, some of the biggest names in hot rodding tried their hand at what would eventually become the Baja 1000 in the '60s. Parnelli Jones, Don Prudhomme, Jim Garner and Steve McQueen all headed to the sands of Mexico to bash around in massive muscle cars between 1967 and 1972.

Needless to say, few of those racers are around today. Ron Johnson of Tacoma, Washington found what was left of Jim Garner's 1970 "Grabber Olds" 442 back in 2008 and began the laborious process of stitching the vehicle back together. Miraculously, he was able to find the original aluminum-block 410 V8 and even the vehicle's hood, which was removed before the car went bumper-over-tea-kettle in an accident that saw the car roll eight times.

Johnson kept the vehicle as close to original as possible, with a few concessions for modern race requirements. The original rear end was scrap by the time he got his hands on the car, so a replacement 12-bolt was sourced and installed with a Moser spool and Yukon 4.11 gears. After reworking the original V8 with all new internals, the engine is good for 508 horseopwer. A TH400 was purpose-built for the application.

Rod Hall has raced the Grabber Olds in a few vintage series with mixed success. You can check out more photos over at the HotRod.com or read the full feature in the March issue of Hot Rod magazine. 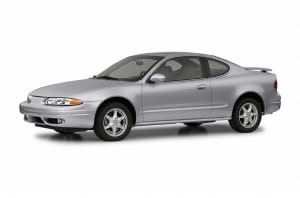