Noah Joseph
The Ferrari 599 has given birth to a staggering array of variants. There was the original GTB Fiorano. Then the HGTE with improved handling dynamics. There was the China edition, the HY-KERS concept, the 599XX track car, the GTO and two roadster variants: the P540 Superfast and the SA Aperta. But while the entire 599 range is expected to be replaced soon, rumor has it there could be one final variant in the pipeline to see it off in grand style.

Word around the Internet chat boards like FerrariChat and Teamspeed is that Ferrari is planning to pay tribute to its star Formula One driver with a 599 Fernando Alonso edition. According to rampant speculation, the Alonso edition 599 will be lighter than any of the previous models, and therefore quicker. Tipped to be released in January, production is expected to be limited to an extremely exclusive 40 examples.

It is possible that the speculation was sparked by the F10 Tribute Edition which Alonso himself is seen driving in the video after the jump. That was little more than an existing 599 GTO specced out by a customer in Scuderia livery. We'll just have to wait and see whether anything more comes of the rumors. But if Ferrari does choose to unveil such a model, it would be likely to do so at the Finali Mondiali cavallino-fest taking place this weekend at Mugello. 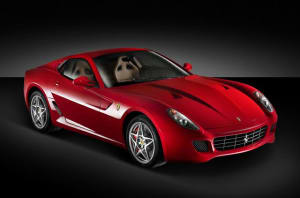