Without a doubt, the big story from Volkswagen this year was the launch of its all-new, American-built 2012 Passat. And while the sun is about to set on 2011, Volkswagen is now announcing some updates for the Passat's svelte sister, the CC, which will make its official debut at the Los Angeles Auto Show later this month.

For the 2013 model year, the CC benefits from a refreshed front and rear fascia, both of which are more akin to the styling direction seen on the larger Passat sedan. Up front, bi-xenon headlamps with LED running lamps are now offered as standard equipment – part of the CC's reworked nose that incorporates a new grille and lower fascia. Around back, the taillamps have been redesigned to look more like the new units found on the Jetta and Passat.

Volkswagen hasn't released any information – yet – about powertrain or interior upgrades, but we don't expect things to change too much here. The one interior photo that VW released looks almost identical to the current model, though we won't rule out some packaging or color combination changes. Under the hood, expect both the 2.0-liter turbocharged inline four-cylinder and 3.6-liter V6 with 4Motion all-wheel drive to carry over unchanged.

Pricing for the 2013 CC will likely be announced closer to the car's on-sale date next spring. We'll have more details at the LA Auto Show in just a few weeks, but in the meantime, click past the jump for Volkswagen's brief press release.
Show full PR text
VOLKSWAGEN UNVEILS NEW CC

Wolfsburg - When the Volkswagen CC debuted four years ago, it was the first affordably priced four-door coupe on sale in the U.S. What looked at first like a niche has developed into a completely new segment: nearly 270,000 people around the world have bought Volkswagen's sedan that has the looks and heart of a sports car. The CC mixes practicality with style and attainability.

Volkswagen is presenting a technically and visually updated version of the vehicle at the LA Auto Show, held at the LA Convention Center in downtown Los Angeles between November 18 and 27. With new front and rear styling and an extended range of standard equipment that includes Bi-Xenon headlights with the Adaptive Front Lighting System and LED taillights, the new CC makes an even bolder statement in the entry-luxury class. The 2013 Volkswagen CC will go on sale in the Spring in the U.S.

Founded in 1955, Volkswagen of America, Inc. is headquartered in Herndon, Virginia. It is a subsidiary of Volkswagen AG, headquartered in Wolfsburg, Germany. Volkswagen's operations in the United States include research and development, parts and vehicle processing, parts distribution centers, sales, marketing and service offices, financial service centers, and its state-of-the-art manufacturing facility in Chattanooga, Tennessee. Volkswagen is one of the world's largest producers of passenger cars and Europe's largest automaker. Volkswagen sells the Beetle, Eos, Golf, GTI, Jetta, Jetta SportWagen, Passat, CC, Tiguan, Touareg and Routan vehicles through approximately 600 independent U.S. dealers. All 2012 Volkswagen models come standard-equipped with Electronic Stability Control. This is important because the National Highway Traffic Safety Administration (NHTSA) has called ESC the most effective new vehicle safety technology since the safety belt. Visit Volkswagen of America online at www.vw.com or media.vw.com to learn more. 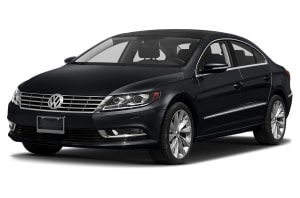