Dodge Grand Caravan, Avenger to be replaced by Fiat-based crossover

According to Automotive News, the Chrysler Group will kill off one of its bread-and-butter minivans – the Dodge Grand Caravan – sometime during the 2013 calendar year. This will leave only the Chrysler Town & Country to do minivan battle for the Pentastar automaker. Curiously, through September of 2011, the Grand Caravan has actually outsold the more expensive Town & Country by almost 14,000 units.

Getting rid of the Grand Caravan is apparently part of Chrysler's move to eliminate dealership duplication, a plan that was started under the company's previous owners, Cerberus Capital Management. In addition to the Dodge van, the Avenger sedan will also be killed off when the Chrysler 200 replacement arrives in 2013. (Like the Grand Caravan and Town & Country, the Avenger and 200 are nearly identical underneath the skin.)

Automotive News suggests that the Grand Caravan and Avenger will be replaced by a single future Dodge crossover that will be based on a Fiat platform. The next-generation Town & Country is expected to arrive sometime in 2014.

Do you think this is a smart move? Have your say in Comments. 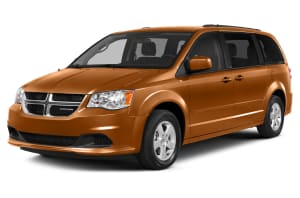