Zach Bowman
Volkswagen can now lay claim to another world record thanks to the efforts of off-road driver Rainer Zietlow and his team of adventurers. The crew packed into a Volkswagen Touareg TDI and covered the entire span of the Pan-American Highway from start to finish in 11 days, 17 hours and 22 minutes. The trip covered 14 countries and 16,000 miles of near non-stop driving. TÜV NORD Mobility verified the time, which beat out the previous record holder by a full three days.

The journey began on July 2 in the southernmost portion of Argentina and clipped through a variety of challenging conditions. The team faced a sandstorm in Chile and treacherous muddy roads in Alaska, but preplanned fuel stops helped cut the team's time down as much as possible.

Zietlow and his teammates also played a bit of a philanthropic role by donating 10 cents for every kilometer traveled to two Latin American villages to help combat childhood poverty. Hit the jump for the video and full press release.

Deadhorse, Alaska/Herndon, Va. - July 20, 2011 /PRNewswire/ - On July 13, after 11 days, 17 hours and 22 minutes of non-stop driving, renowned adventurer and off-road driver Rainer Zietlow and his team set a new world record certified by Tüv Nord Mobility for driving the length of the Pan-American Highway as they crossed the road's end in Deadhorse, Alaska. The TDI-Panamericana Endurance Challenge team covered 14 countries and nearly 16,000 miles in a 2011 Volkswagen Touareg TDI® Clean Diesel SUV. Their journey to commemorate the 75th Anniversary of the Pan-American Highway's establishment breaks the previous record by more than three days.

"Our adrenaline is still pumping after setting the new world record on the Pan-American Highway," said Rainer Zietlow, manager of the German car event agency, Challenge4 GmbH, after finishing the Challenge. "We were able to overcome every weather challenge along the way, and our fueling and transportation stops ran like clockwork. Thanks to our sponsors, we were outfitted with a vehicle that could handle the demanding driving schedule and challenging conditions, and had amazing technical and driver support along the way."

Zietlow and his German teammates, Carlos Fernandez and Marius Biela, started their journey on July 2 at the southern-most tip of Argentina where the Pan-American Highway begins. They traveled through 14 countries – Argentina, Chile, Peru, Ecuador, Colombia, Panama, Costa Rica, Nicaragua, Honduras, El Salvador, Guatemala, Mexico, the United States and Canada – and through challenging conditions ranging from a blinding sandstorm in Chile to muddy roads in northern Alaska. The team drove day and night, taking five-hour driving shifts throughout the trip. The TDI-Panamericana Endurance Challenge website, www.tdi-panamericana.com, shared the team's experiences through blog posts and videos and tracked their progress using a live map.

This world record journey was also one of goodwill. Zietlow will donate 10 Euro cents for each kilometer that was driven this trip to two villages in Latin America managed by Plan International, a charity organization that works in 48 developing countries to promote children's rights and lift millions of children out of poverty.

"Volkswagen congratulates the Challenge4 Team on their success," said Rainer Michel, vice president of product marketing, Volkswagen of America. "We knew that the Volkswagen Touareg TDI® Clean Diesel SUV could be pushed to unimaginable limits. The completion of the TDI-Panamericana Endurance Challenge in record-setting time demonstrates the vehicle's durability, reliability, comfort and fuel-efficiency. This is a great vehicle for adventurers, driving enthusiasts and families alike."

From August 1 through August 30, Zietlow will drive the record-setting Touareg to Volkswagen dealerships across the nation where interested public can watch a movie about his journey and look inside the vehicle. To see the tour schedule, please visit www.tdi-panamericana.com. 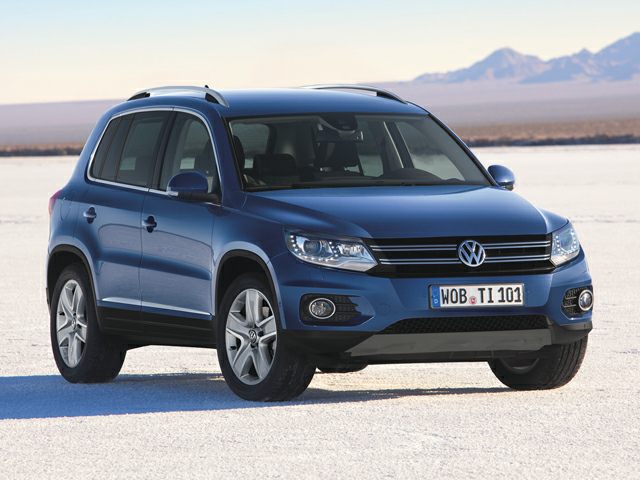