The 2012 Volkswagen Passat is facing a kind of perfect storm of skepticism from long-time fans of the brand. Volkswagen has wasted no chance to tell the world that the company's newest sedan will be custom-tailored to the American market, with styling and packaging tweaks designed to set the vehicle apart from its European counterpart. If that weren't enough, the new North American Passat will also carry the distinction of being the first VW product to be built at the automaker's brand-new assembly plant in Chattanooga, Tennessee.

VW fans have always embraced the German flavor of their vehicles, but as the company pushes toward its (massively ambitious) goal of selling 800,000 units per year by 2018, we can expect to see more market-specific products in our neck of the woods. That trend kicked off with the 2011 Jetta – a vehicle that sacrificed interior materials and suspension refinement to meet a lower price point while growing larger to accommodate American tastes.

Does the Passat share a similar fate? When the sedan first debuted at this year's Detroit Auto Show, it came packing a host of styling cues lifted directly from the smaller Jetta. That lead many onlookers (ourselves included) to conclude that in creating its new mid-sized sedan, Volkswagen had simply supersized the Jetta.

Fortunately, that's not the case.

There's no denying that the 2012 Passat is cut from the same design cloth as the 2011 Jetta. In fact, when the two vehicles are parked next to one another, it takes a keen eye to distinguish between the two. That's thanks in no small part to the fact that Volkswagen has slathered its new familial nose over the fascia, hood and fenders of both vehicles. The look is right at home on the larger Passat, with its slightly aggressive headlights, three-bar grille and scowling hood. Along the sides of the vehicle, a new crease runs from stem to stern just below the window sills.

The rear of the vehicle is adorned with taillamps that do a smart job of integrating both that crease and additional body lines. While the overall aesthetics of the Passat's exterior is conservative compared to offerings like the Hyundai Sonata and Kia Optima, the overall effect is incredibly cohesive. Nothing seems tacked on. Instead, the exterior seems to be the product of a singular vision with a focus on getting the details right. No matter where your eyes rest, they're bound to fall on a line that runs nearly uninterrupted around the entire vehicle. It may not raise anyone's pulse, but in the flesh, the four-door carries itself well.

Base models wear 16-inch steel wheels with plastic covers, though 16-, 17- and 18-inch alloy rollers are also available depending on the trim specification. The options are somewhat smallish by today's standards, but larger sizes look sharp enough rolling down the road.

Indoors, we were happy (relieved?) to find a cabin that has lost very little of its German flavor on its way to the States. While the Jetta swapped most of its softer dash and trim components for well-grained but cheap-feeling plastics, the Passat has held onto higher-quality materials, at least in the places that matter most. The upper portion of the dash is clad in soft-touch goodness, though everything below the copious amounts of faux wood-grain trim is treated to the harder stuff. Still, touches like a leather-wrapped steering wheel in higher trims and excellent seating surfaces go a long way toward making the cabin feel like a quality space. Volkswagen said that it specifically wanted to focus on the vehicle's touch points – that is, where your body actually makes contact with the cabin – and that work has paid off.

For 2012, Volkswagen has built almost four additional inches into the Passat, and most of that length has found its way into the rear foot well. Rear passengers are now treated to 39.1 inches of legroom, which is nearly a full inch more than the Toyota Camry and almost two inches more than the Honda Accord. For drivers with kids, that translates into miles of motoring bliss without feeling Junior kicking you in the back from his car seat. It also means that even the jolliest of green giants can fit in the back without feeling cramped.

One of the biggest highlights of the 2012 Passat interior is its sound system. Volkswagen teamed up with Fender to create a nine-speaker audio system that pushes 400 watts of power. We aren't certified audiophiles, but to our ears, the stereo is capable of besting anything else in the segment. While an integrated subwoofer is part of the kit, the bass is never overbearing. Instead, deeper tones are nearly seamlessly integrated into the music. The system is standard on SEL models and optional on both S and SE trims.

Volkswagen has worked to slim its option sheet to just 16 buildable combinations down from 128 possibilities, and as a result, long-time Passat fans will find a few notable omissions. Buyers will no longer be able to enjoy a wagon version of the vehicle. Likewise, 4Motion all-wheel drive is nowhere to be found. Volkswagen admits it deleted those options to make ordering easier on both dealers and buyers and to focus its products where American shoppers spend the most money. Additionally, the 2012 Passat is only available with three engines. Those include a 2.5-liter gasoline five-cylinder with 170 horsepower and 177 pound-feet of torque as well as a 3.6-liter gasoline V6 with 280 horsepower and 258 lb-ft of twist.

The Passat will also be available with a 2.0-liter turbocharged diesel four-cylinder with 140 horsepower and 236 pound-feet of torque. That means this four-door is the only sedan in the mid-sized segment available with an oil-burning engine under its hood, a move that wins it all sorts of points in our book.

The smaller of the gasoline engine options will be available with either a six-speed automatic transmission or a five-speed manual gearbox, while the larger V6 can only be had with the dual-clutch cog-swapper. We're happy to report that Volkswagen has left some quirkiness in the Passat line by offering the 2.0 TDI engine with both the DSG and a six-speed manual option.

You can probably guess which we'd opt for.

We were able to spend time in both a 2.5-liter, automatic-equipped Passat and its 2.0-TDI, DSG counterpart in mixed driving. Though the big German sedan weighs in between 3,300 and 3,400 pounds depending on engine and transmission choices, neither engine has a particularly hard time moving the Passat in any conditions. The five-cylinder gasoline engine offers similar power to four-cylinder options in both the Camry and Accord, and as such, there's enough grunt on hand to keep the vehicle on pace with the rest of traffic. The six-speed dual-clutch transmission offers quick, smooth shifts with excellent logic for choosing the right gear at the right time, though expect to downshift a gear or two for long grades or quick acceleration.

VW says that while the EPA hasn't finished its fuel economy evaluation for the Passat, the company expects the 2.5-liter powered sedan to see 21 miles per gallon in the city and 32 mpg on the highway in manual guise and 22 mpg city and 31 mpg highway with the autobox of our tester. Those numbers put the base entry around three mpg behind the Hyundai Sonata on the combined scale and 1.5 mpg behind a comparably equipped Honda Accord.

Of course, if fuel economy is your concern, the 2.0-liter TDI is the engine to have. While down on horsepower compared to the larger-displacement gasoline engine, the four-cylinder lump kicks out a walloping 59 more pound-feet of torque. As a result, the TDI-equipped Passat feels and drives like a sedan you want to spend time in. The 2.5-liter plays Justin Bieber to the diesel four-door's Barry White – both are plenty successful, but after a while, you only really want to listen to one of the two.

As in other applications, all that torque comes on at a low 1,750 rpm, which means you're rewarded with an addictive amount of low-end grunt that pulls with a vengeance. As in the Jetta TDI, the 2.0-liter engine is quiet both inside and out, producing marginally more engine noise than its petrol counterparts. If this is beginning to read like a love letter to the little oil-sucker, it's not by mistake. All told, VW expects to see 31 mpg city and 43 mpg highway for a total of 37 mpg combined. Remarkably, those are all better numbers than the official ones for the smaller 2011 Jetta TDI, which scores 30/42/34 mpg from the EPA. We encountered just over 40 mpg combined during our time behind the wheel of the Passat TDI.

If there's a downside to going diesel, it lies in the fact that the Passat requires a urea exhaust additive to combat particulate emissions. The automaker says that the special tank only needs to be filled every 10,000 miles, even though the vehicle can theoretically make it 50,000 miles before running dry.

Unlike the Jetta, the Passat still comes with a four-link independent suspension out back, which, while more expensive to manufacture, makes for an incredibly solid-feeling vehicle no matter the condition of the pavement. Volkswagen turned us loose on a lengthy jaunt through Tennessee that covered everything from highway stints to twisting mountain passes and small-town traffic, and the suspension nearly delivered the coveted Goldilocks sweet spot of not-too-harsh, not-too-soft driving. Pavement imperfections were dispatched with just a little more float than we'd like, though understeer and body roll were both kept to a minimum in more athletic circumstances. This is a family sedan, after all.

Volkswagen hasn't announced pricing for the 2012 Passat just yet, but the company says that it's aiming for a price point in the low-$20K range with topped-out models landing in the lower- to mid-$30K range. Those numbers would be in line with the Honda Accord, which starts at $21,180 without destination, though they sit a good bit north of metal like the Toyota Camry at $19,820 and Hyundai Sonata at $19,395. The last Passat carried a base MSRP of $26,995 in 2010, though given the German automaker's recent insistence on being price competitive, we wouldn't be surprised to see the 2012 model land well below that figure.

Exactly where the company plans to price its newest sedan will play heavily on how successful it manages to be in a segment that's fiercely competitive. Thanks to reworked machines from Korean and domestic manufacturers, big players from Nissan, Honda and Toyota have found themselves defending their respective thrones in America. The 2012 Passat underscores the fact that Volkswagen plans to be a legitimate player in this fray for the first time in the nameplate's history – even if not every brand purist chooses to go along for the ride. 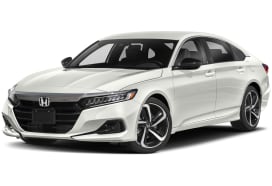 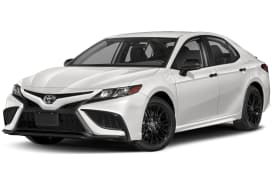