Mitsubishi just unveiled its freshened-for- 2009 Galant sedan at the Chicago Auto Show, and unlike our favorable response to the changes made to its Eclipse sibling, we think Mitsu might need to do a hard refresh on the Galant a couple of more times before it looks as handsome as it could. The new uninterrupted grille might look better than the prior split version, but it still doesn't seem to work as well as the nose on the EVO or new Eclipse. Out back, however, the new Lancer-inspired taillights and slightly reshaped fenders are a big improvement.

As we recently reported when the info was dropped in our laps a few days ago, the 2009 Mitsubish Galant will be offered in four versions: the top-shelf Ralliart model (red car in pics), V6 Sport, four-cylinder Sport edition and the four-cylinder ES (gray). The Ralliart is still powered by a 3.8L MIVEC V6 producing 258 horsepower and uses a 5-speed Sportronic automatic transmission. The Galant V6 Sport gets a 230-hp 3.8L V6, while the two remaining models are powered by a 160-hp 2.4L MIVEC four-cylinder. The V6 models get a 5-speed Sportronic automatic, while the four-cylinders make do with four-speeds. The two Sport models (both V6 and four-cylinder versions) also feature a power glass sunroof and heated cloth front seats as standard equipment. A ho-hum enhancement for a model that never caught on after its last redesign, we think Mitsubishi missed the target on this one.

Check out Mitsu's full press release after the jump, and the new live pics in our gallery below. 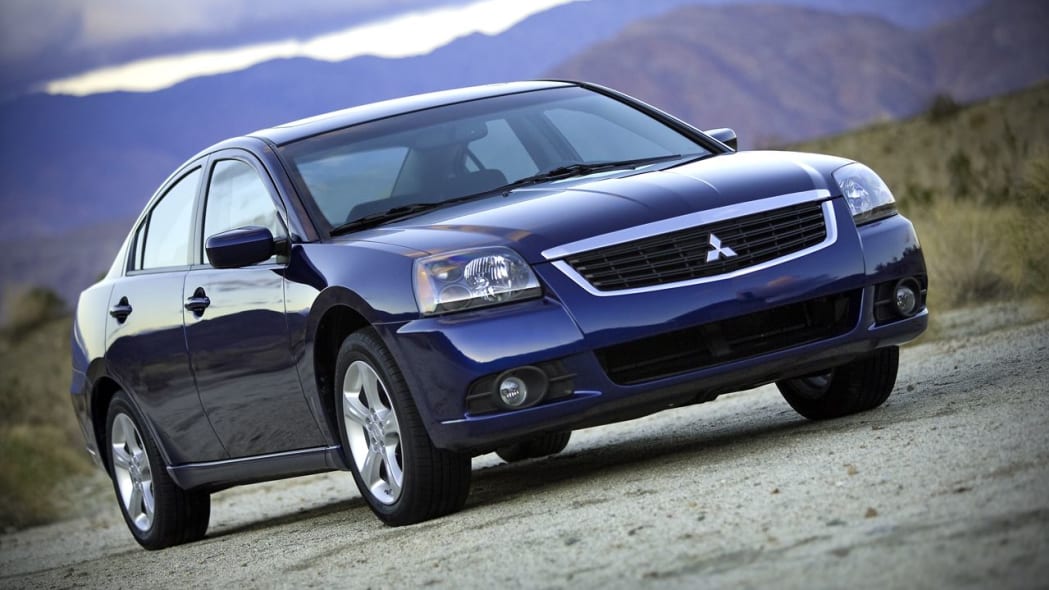