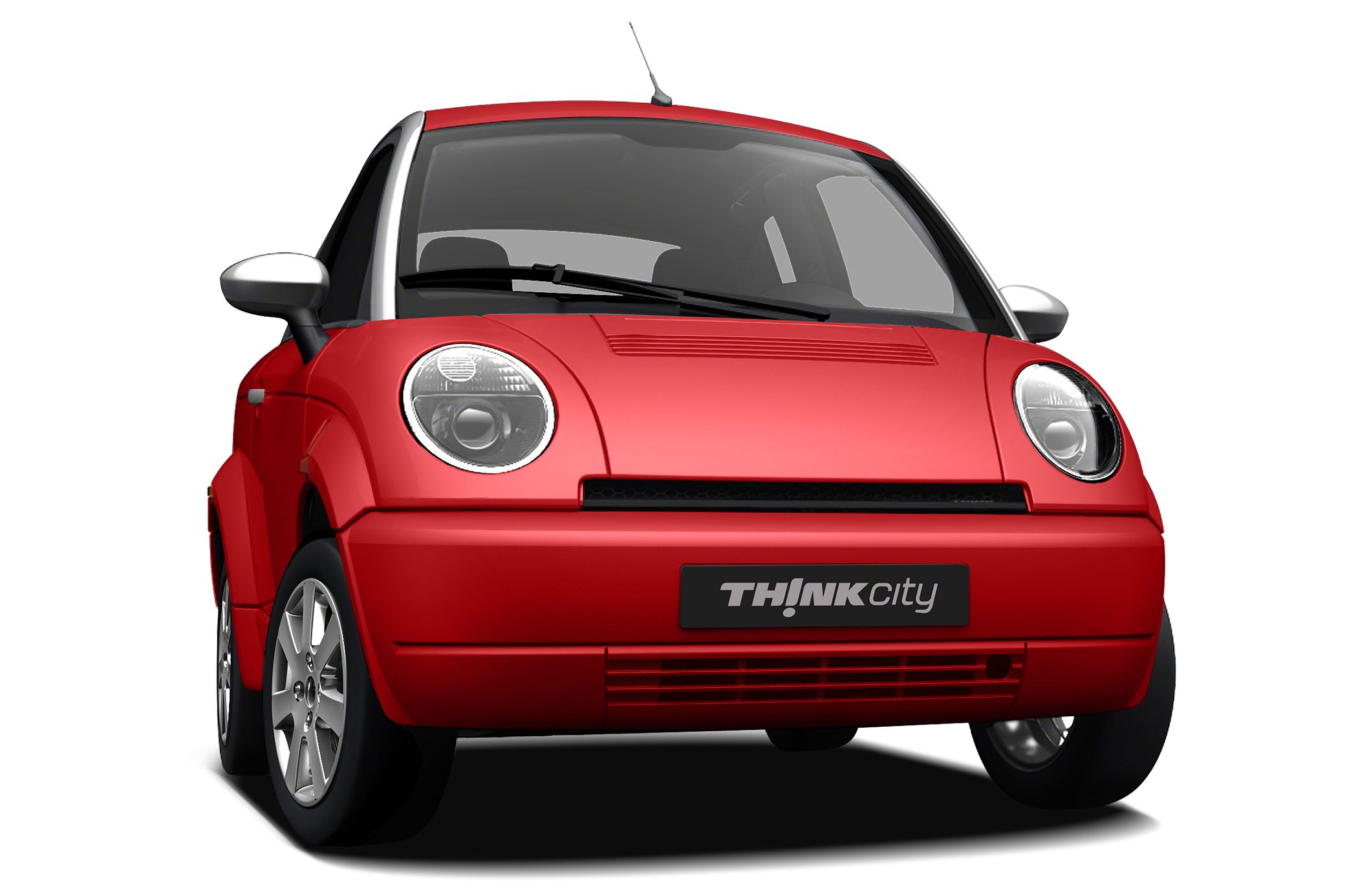 Think was a Norwegian startup that produced small, electric city vehicles, eventually being acquired by Ford in the early 2000s. The tie-up did not last long; Ford divested from the brand in 2003. Along the way, a small number of Think City cars were tested by municipal governments and other small test fleets. Production in its Indiana plant hung on for a few years before remaining unsold cars were sold at steep discounts. Whatever Think's promise was in Europe, its American operations were probably doomed from the start, as the car was quite unsuited to American needs or tastes outside of a few limited urban roles.