Plenty of cars make it past 200,000 miles these days, but 300,000 still remains quite the rare milestone. We just saw a junked '91 Ford Festiva with better than 317,000 miles on the clock, but your best bet if you're looking for super-high-mile junkyard cars involves seeking out 1980s machinery with badges from Mercedes-Benz, Honda or Toyota, with the occasional ex-taxi Ford Crown Victoria Police Interceptor thrown in for good measure. Here's an early second-generation Camry wagon found in a Denver car graveyard with 322,110 miles on the odometer. 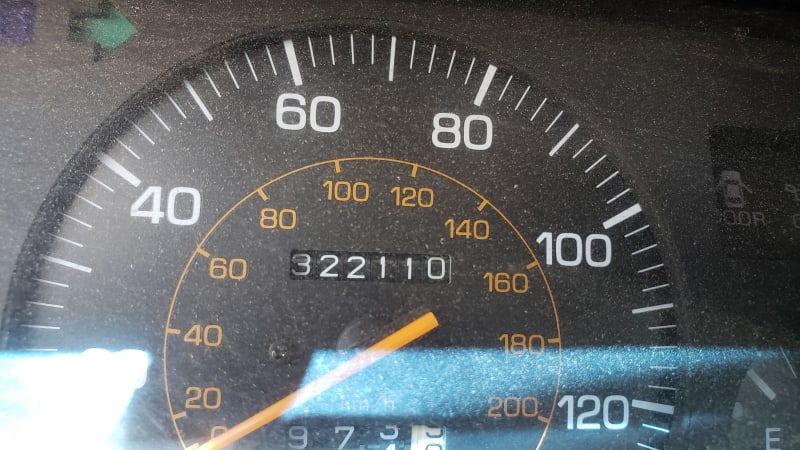 I'm sure I see plenty of 21st-century Camrys with more miles during my junkyard travels, but Toyota went to LCD-display odometers on these cars around the turn of the century and junkyards frown upon customers who hook up batteries to cars and hotwire the ignition switch to turn on the gauge cluster. I've found a V6/5-speed '90 Camry with 300,501 miles, an '86 Camry Liftback with 302,995 miles, and an '85 Camry Liftback with 331,120 miles, plus many more first- and second-gen examples that made it deep into the 200,000s. I think the 300,000-mile mark is the kiss of death for resale values, even when those miles are on a car known for longevity, so it doesn't take much to send a car like this on its final tow-truck ride. 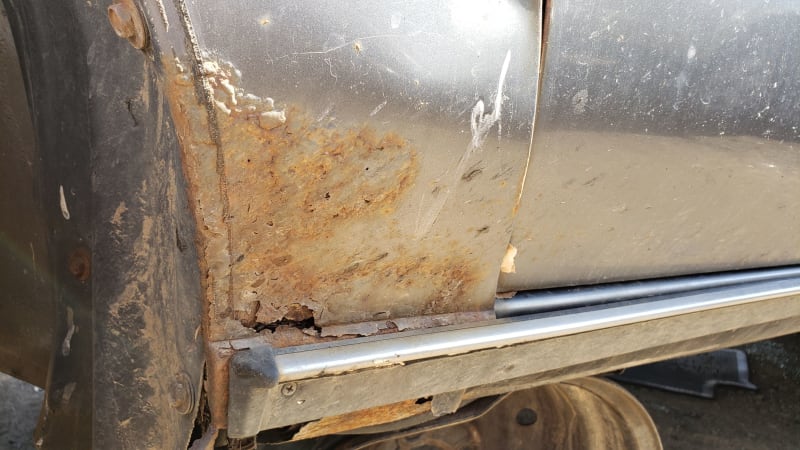 This one has some rust, the sort of thing that it would have been acquired by about 1993 in Michigan but enough to doom a Colorado car in the eyes of potential buyers. 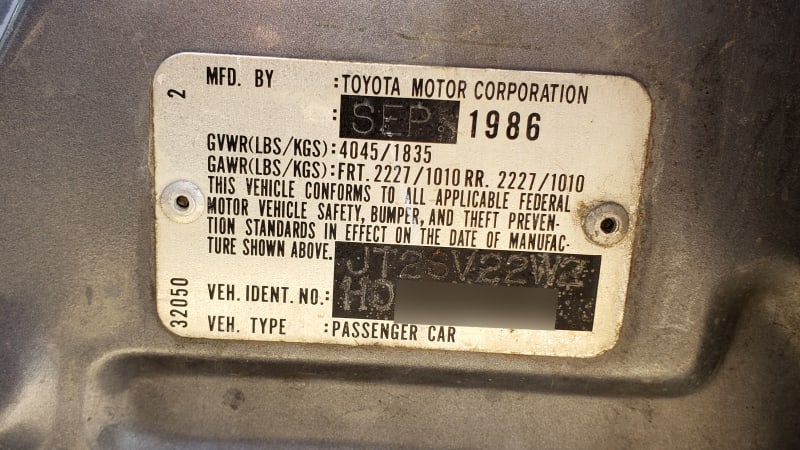 Another thing that makes this car interesting may be seen on its build plate. This generation of Camry was sold in North America for the 1987 through 1991 model years, and it established the Camry as a fearsome competitor for midsize Detroit cars in a way its well-built-but-goofy-looking predecessor never had, and this car — built in September 1986 — is one of the very first ones brought over from Japan. Camry production at the Toyota plant in Kentucky started up in 1988, though the wagons continued to be built in Japan for a few more years. 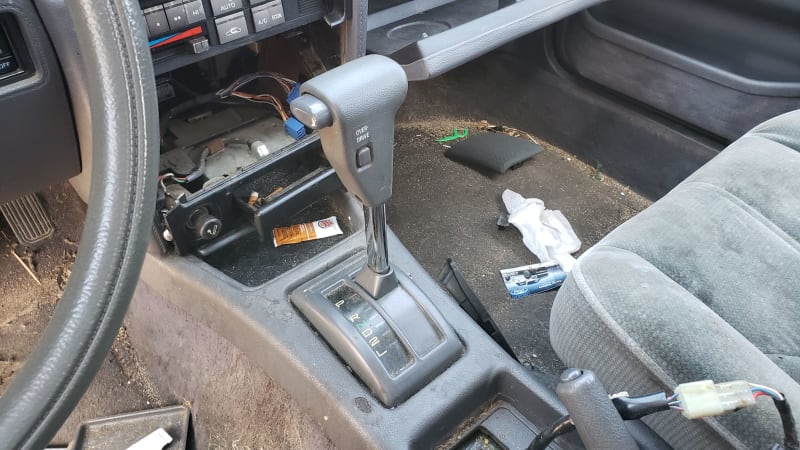 This car is a top-trim-level LE, with power windows, air conditioning, automatic transmission and a Burger King sauce packet. 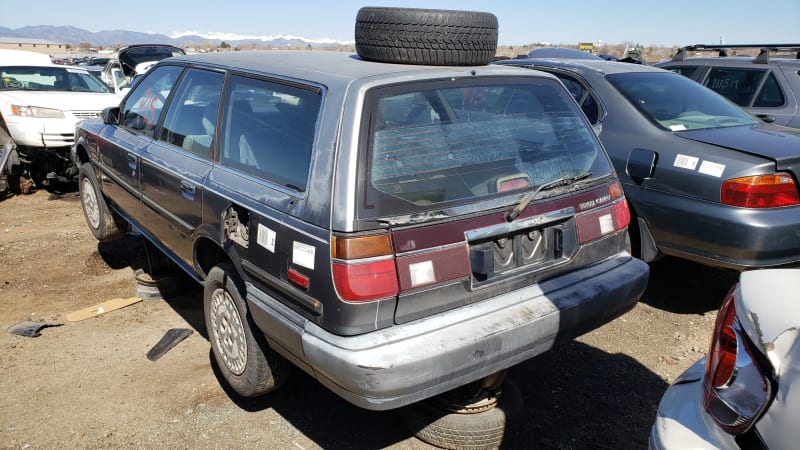 Americans were falling out of love with wagons around the time this car was new, switching to minivans and trucks in ever-increasing numbers, so just about all of the second-generation Camrys you'll find will be ordinary sedans. Manual transmissions became increasingly rare as the 1980s turned into the 1990s as well.

Who could ask for anything more?