Pininfarina AutonoMIA is a sim tool for future car interiors

Designers will use it to think about how mobility will transform

Pininfarina has built a new automotive simulator, and in this case, it will not be used for racing of any type. AutonoMIA, as it is called, will be used to envision and test trending features and future technologies, as the company searches for ways to innovate and push forward.

The state of automobiles and how people use them is in flux right now. In addition to the idea of cars eventually becoming wholly autonomous, automobiles are integrating into people's lives through smart devices, smart homes, and other smart mobility vehicles. Pininfarina says the AutonoMIA will be used to immersively scout these ideas, as well as other tech such as artificial intelligence, 5G, digital displays, haptic feedback, and sensors inside and outside of the vehicle.

"AutonoMIA shows how Pininfarina may combine experience design with creative technology, reinventing the on-board experience at a time when digitalization, connectivity, data, and artificial intelligence are substantially redefining mobility," Pininfarina CEO Silvio Pietro Angori said, according to a press release.

AutonoMIA, which Pininfarina calls a "highly responsive, multi-sensorial on-board experience demonstrator," was made possible through multiple collaborations. The ART Group, a company that focuses on automotive infotainment, used the AutonoMIA to debut ARTIST8, a new platform that allows integration and interactivity between four interconnected displays within the cabin. ART provided Pininfarina with all the hardware and developed all of the middleware. Pininfarina also tapped Finnish company Siili_auto to build the "application layer."

One of the key technologies Pininfarina will explore is holographic images. With partner WayRay, the AutonoMIA will test augmented reality with a holographic color head-up display that could be used in infotainment or within the cabin during autonomous driving.

Pininfarina says the demonstrator is customizable and will evolve based on collected data, user experiences, and new technologies. 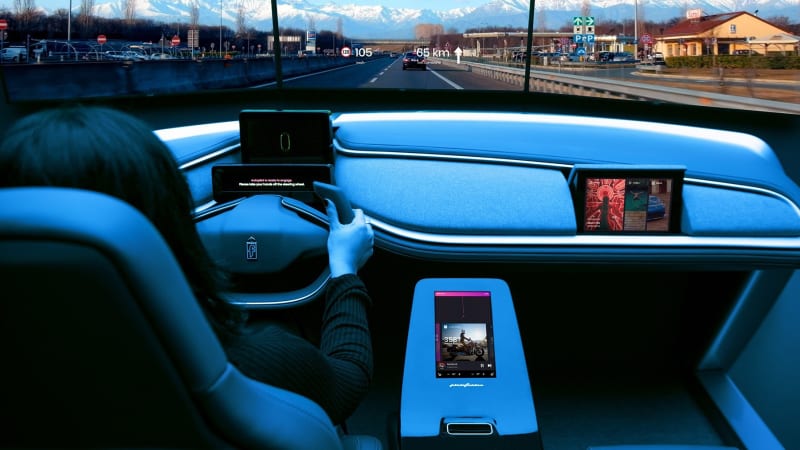