A thick layer of faux-carbon-fiber, spoilers, and special badges made a not-so-fast and semi-furious commuter hatchback. Americans started buying new Suzuki cars with the debut of the 1985 Chevrolet Sprint and continued doing so through the era of the Geo/Chevrolet Metro and Tracker. Sales of the Samurai mini-SUV took off during the late 1980s, and the Swift sibling to the Metro became available here starting in 1989. The Suzuki American dream— at least the part involving four-wheeled, highway-legal vehicles— came crashing down in 2012, but the 2000s gave American Suzuki fans some interesting-yet-affordable machinery. We got the Kizashi (the side marker lights of which make great jack-O-lantern eyes) and the Suzuki Works Techno package for the Reno and the Aerio in 2005. I found a Reno SWT in California a few months back and figured that would be the first and last Suzuki Works Techno car I ever saw, but then this Aerio appeared in a Colorado car graveyard not long after that. 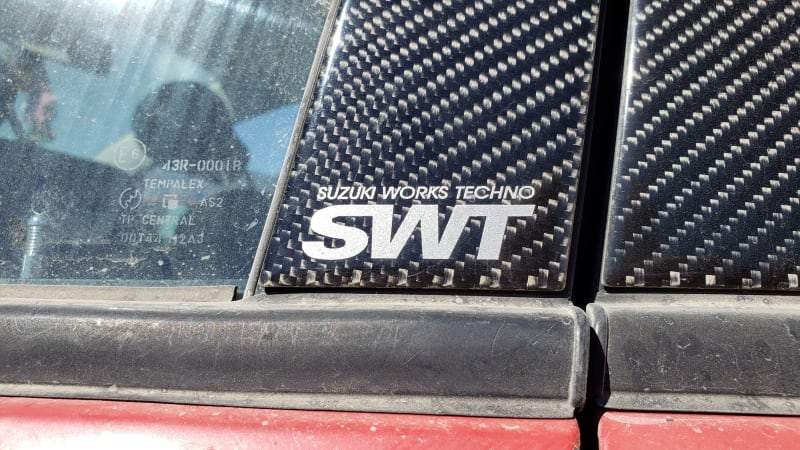 The first two Fast & Furious movies proved to be a tremendous cultural influence on youthful car buyers, and Suzuki created the SWT package to cash in on the hunger for "carbon fiber" and "horsepower" in an affordable package. You didn't get anything that made the car go faster when you checked the SWT box, but you did get alloy wheels and "carbon fiber-styled" stuff all over the place, including the license-plate frame. 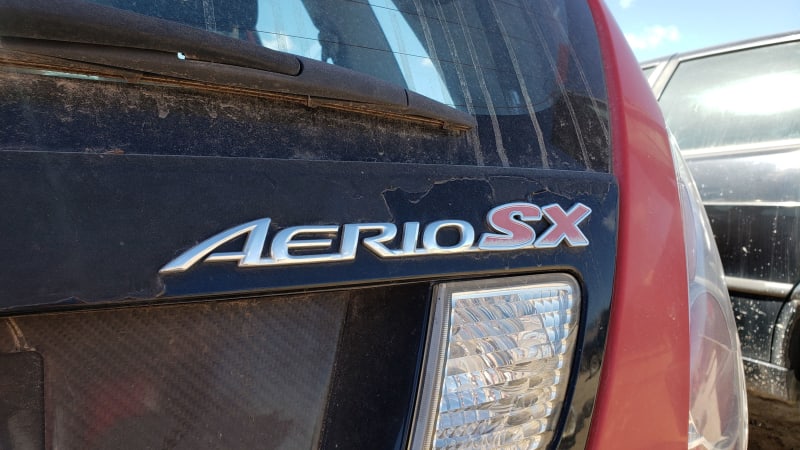 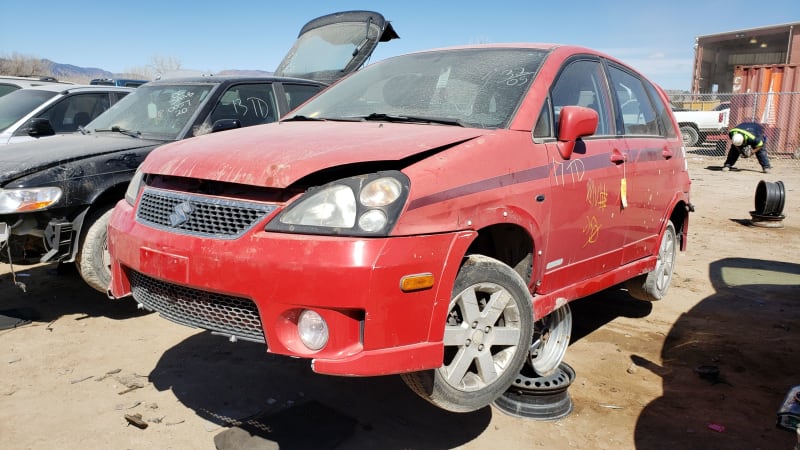 The hatchback version had some minivan/CUV-ness to its shape.

In most of the world outside of Japan and North America, this car had Liana badging. Perhaps the most famous Aerio/Liana of all time was the original Reasonably Priced Car on Top Gear UK, a 2002 Liana saloon.

Nobohiro "Monster" Tajima drove a modified-beyond-recognition Aerio hatchback up Pikes Peak in 2001, but it got knocked out by mechanical woes. 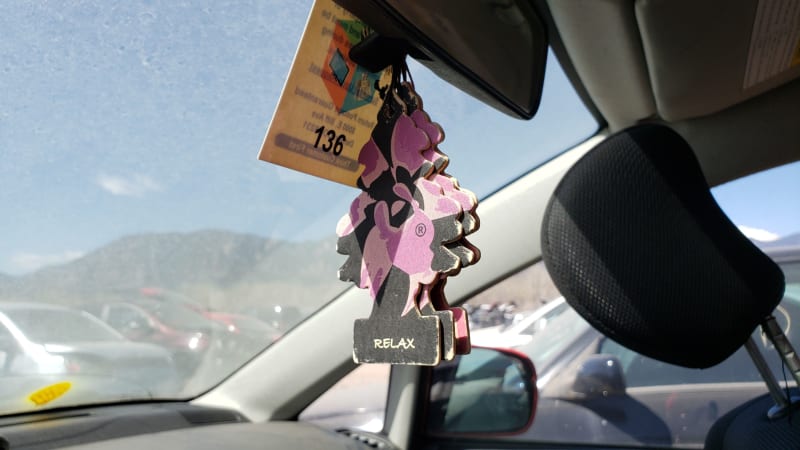 We can't say what knocked out this Aerio, but it wouldn't have been the interior scent— not with three "Relax" Car-Freshner Little Trees on the job. Sadly, the Relax scent is no longer available. 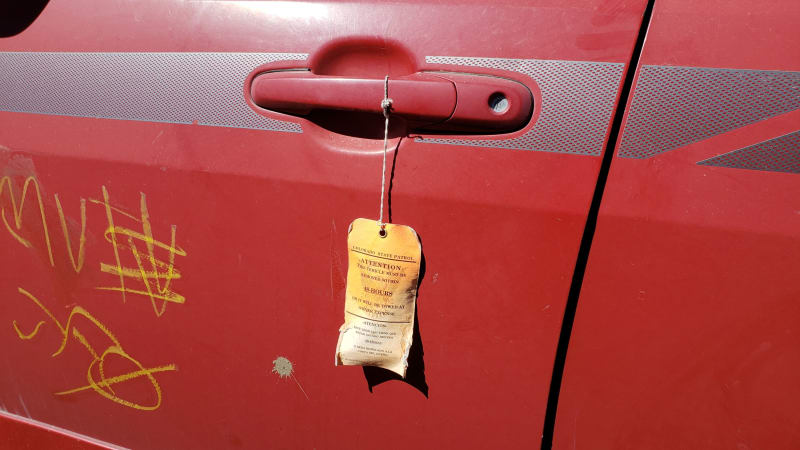 Whatever happened, it involved the car breaking down on a Colorado highway and getting the dreaded "red tag" from the CSP. I see quite a few of these tags on junkyard inmates. 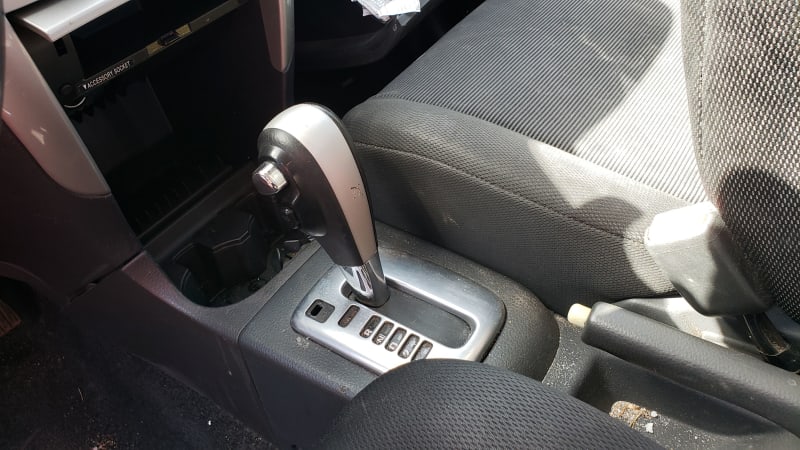 The Aerio could be purchased with a manual transmission, but I haven't seen such a car yet.

In Japan, the Aerio got pitched by a strangely levitating oompah band. I have no explanation.

The most horsepower in its class (which may have included just the Aerio and the Pontiac Vibe/Toyota Matrix, not sure) and "America's #1 warranty."

Over in Yurp, Joe Daly pitched the Liana hatchback. Once again, the JDM ad wins.