At the end of 2019, the Series 17 update for Forza Horizon 4 brought an entirely new competition mode to the game. Named The Eliminator, it's Forza's take on a battle royale, the hottest gaming format in the world right now. The Series 18 update, which just arrived, adds new cars to The Eliminator and fixes a few bugs.

The Eliminator allows up to 72 players to compete in a free-roam map set in Britain. The cars are forced to stay within certain boundary walls, which change throughout the games and force players toward each other. Players are eliminated when they lose a head-to-head race, and the last car standing wins. Throughout the battle royale, everybody has the chance to earn upgrades and car drops.

With the newest update, those car drops just got a whole lot sweeter. Gamers will have the opportunity to earn nine new cars, which include a Mercedes-Benz Unimog, a Hummer H1 Alpha Open Top, the Top Gear Track-Tor, a Quartz Regalia D, a M12S Warhot CST, a Jeep Wrangler DD, a Funco F9, Isha’s Off-Road Taxi, and a Mini X-Raid. Separate from the Eliminator car drops, the update also adds a 1964 Porsche 356 C Cabriolet Emory Special, a 1985 Toyota Sprinter Trueno GT Apex, and a Lamborghini Huracan Performante, which was the most-requested car in the Forza forums, according to Forza. 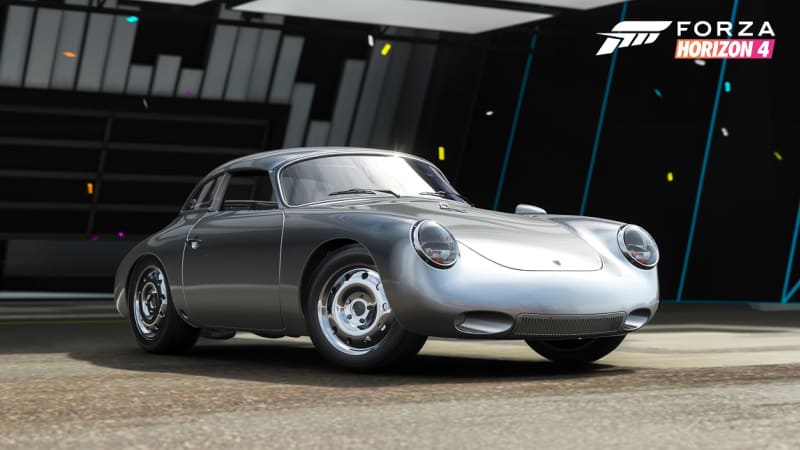 In addition to the fresh rides, Forza is also introducing two new Showcase Remixes. Motorcross Purposes features buggies and bikes on dirt, while Taxi for Takeoff features Isha's V12 Offroad Taxi racing a Delta-Wing jet. Check out the live reveal of the new toys below.