This car should have lasted 100 years. At least it reached its 40th birthday.

The Mercedes-Benz W123 diesels may have been the longest-lasting cars ever sold in North America, with the credit for that longevity equally split among the amazingly good build quality, the overkill-grade toughness of those immortal Stuttgart diesel engines, and the loving maintenance applied by original owners who tended to keep their cars for decade after decade. Still, times change, W123 buyers move on to newer Benzes, and these cars end up getting discarded. I still see plenty of them in California car graveyards, but the wagons are a bit harder to find. Because I go out of my way to shoot interesting wagons in junkyards, here's a '79 300TD, photographed just a few rows over from another 300TD in a yard in John Steinbeck's hometown. 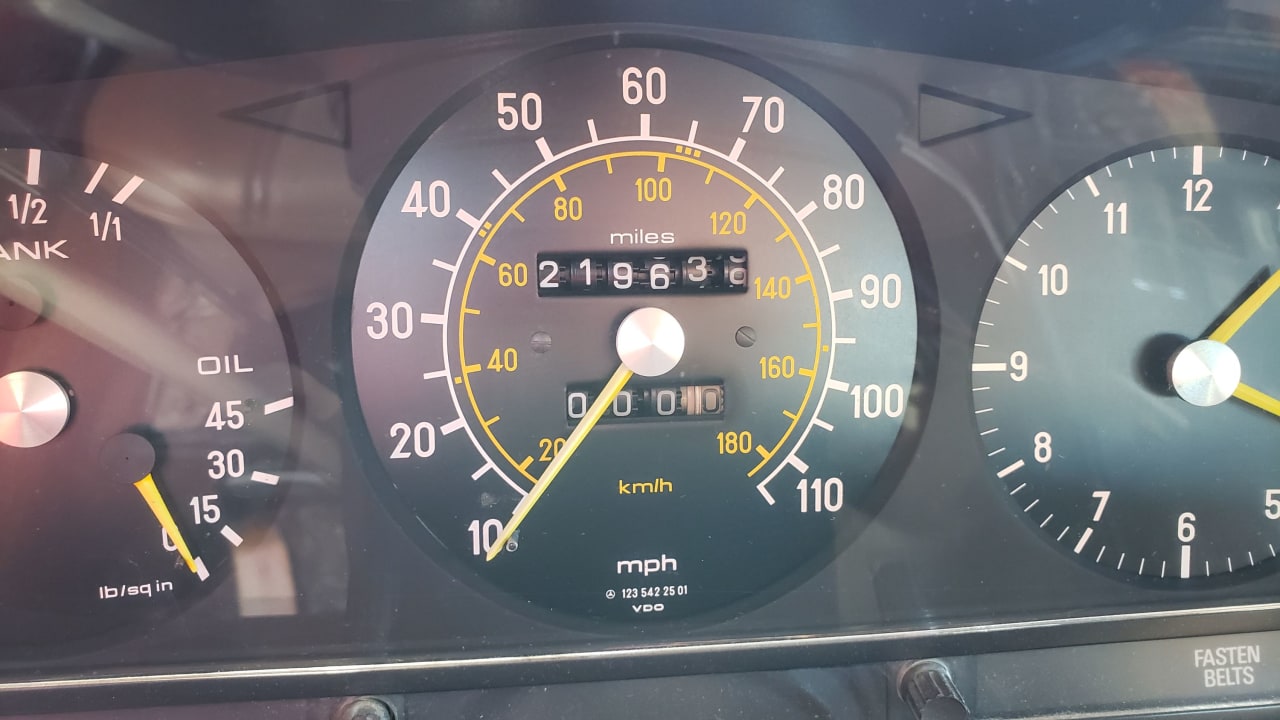 Most of the time, eBay-seller junkyard vultures yank the gauge clusters out of every W123 (and Volvo 240) that shows up in these yards, long before I can get there. This one was still present, though, and it shows a remarkably low mileage figure (for a diesel W123) on the odometer. Driven to church on Sundays? 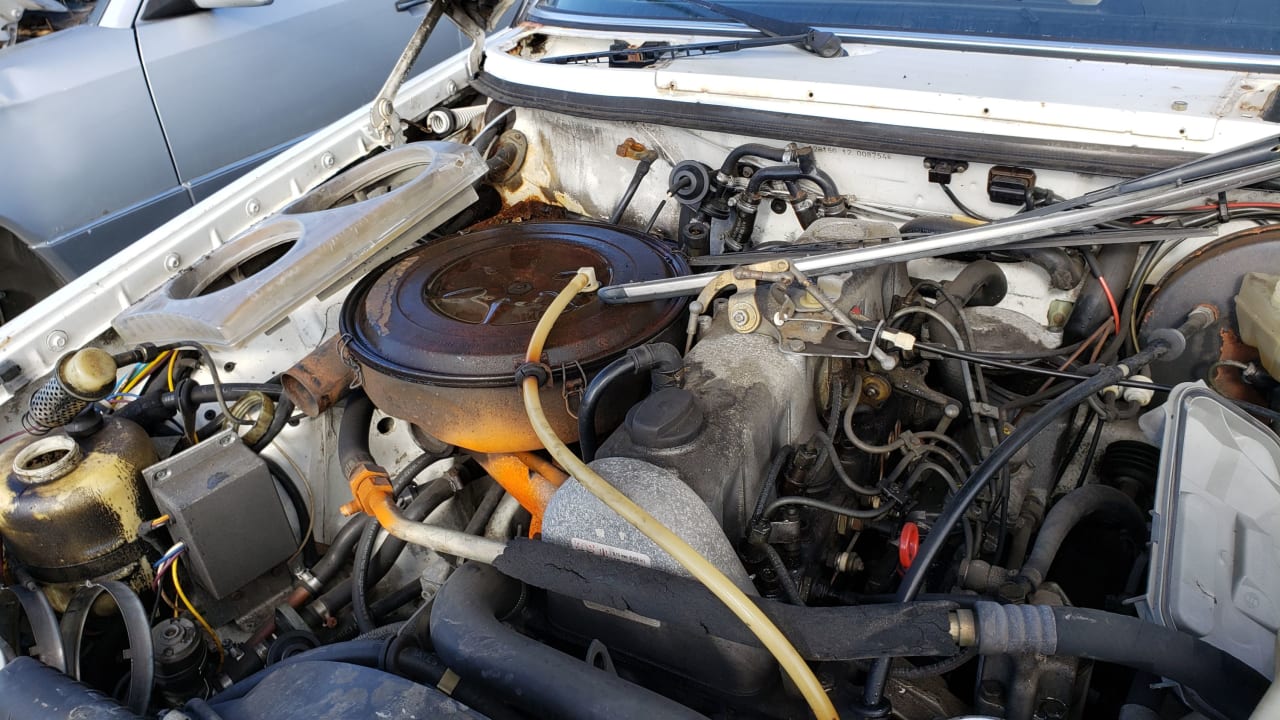 Perhaps the most reliable automobile engine ever made: the OM617 five-cylinder turbodiesel. Just 110 horsepower and 168 pound-feet in 1979 (a power-to-weight ratio of 33 pounds per horse), which meant that drivers of this 3,635-pound E-Class (they weren't using that name yet) had to be patient about situations like uphill— or, really, any— freeway on-ramps and tight passing situations on two-lane roads. If you bought the 240D sedan that year, though, your non-turbo four-cylinder diesel made a this-can't-be-right 62 horses. I can't believe that any car could be slower than the 48 hp Rabbit Diesel I had for my high-school driver's-ed training, but the 240D's 48.5 pound-per-horsepower ratio beats the Rabbit's 36.5 by a wide, miserable margin. By the way, the new Mitsubishi Mirage, much-mocked for alleged lack of power, boasts a 26.9 lb/hp ratio, making it accelerate like a Top Fuel dragster compared to Malaise Era diesel cars. We've all become soft in this century, I tell you what. 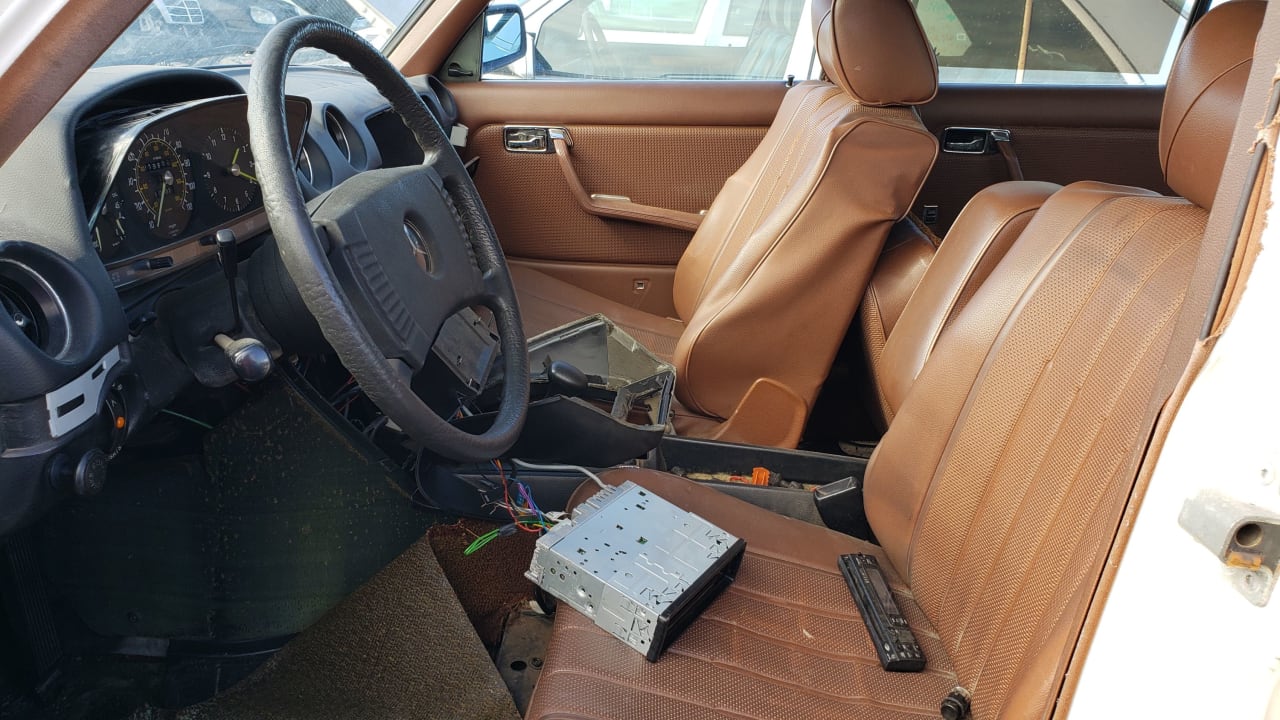 I rarely find an old Mercedes-Benz with MB-Tex seats that look worn-out. You'd never mistake the feel of MB-Tex for stuff made from the flesh of real cows, but real leather can't weather the California sun for 40 years with no cracks or rips. 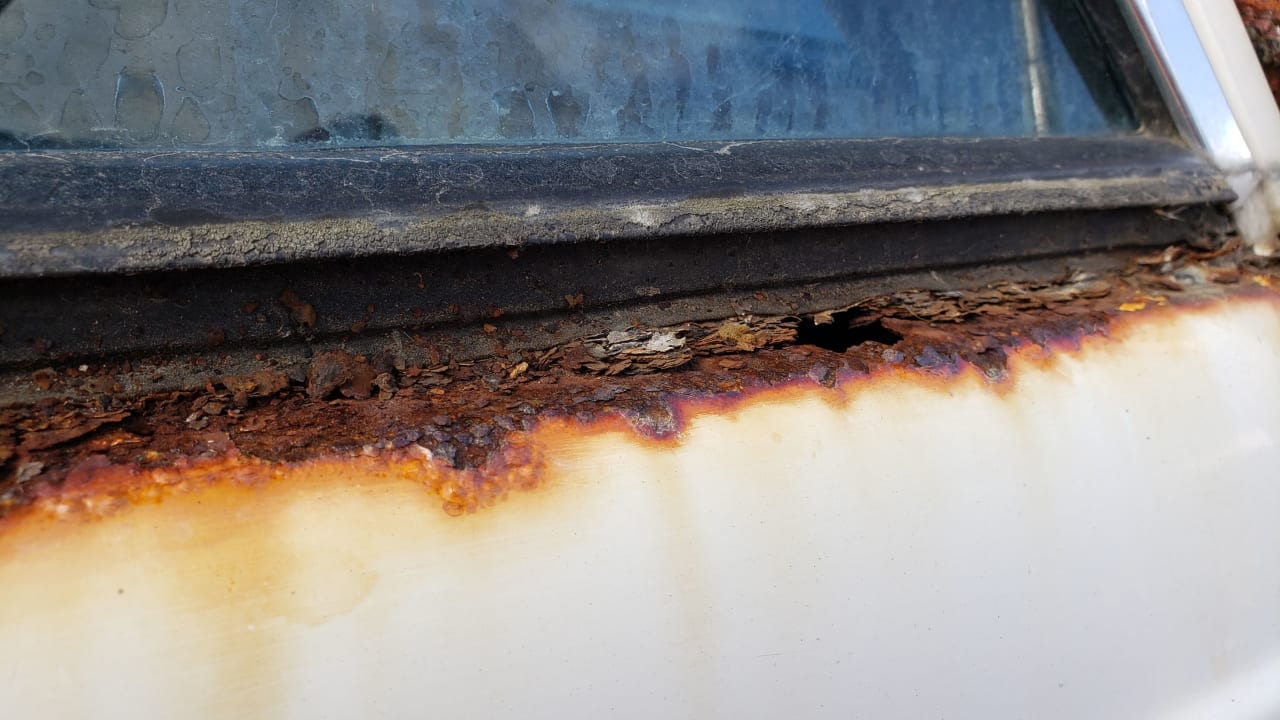 Contrary to popular belief, California cars do rust. It takes them a while to get like this, but the rainy winters of coastal California will cause rot beneath window weatherstripping. This process works even more quickly when you park near the ocean. 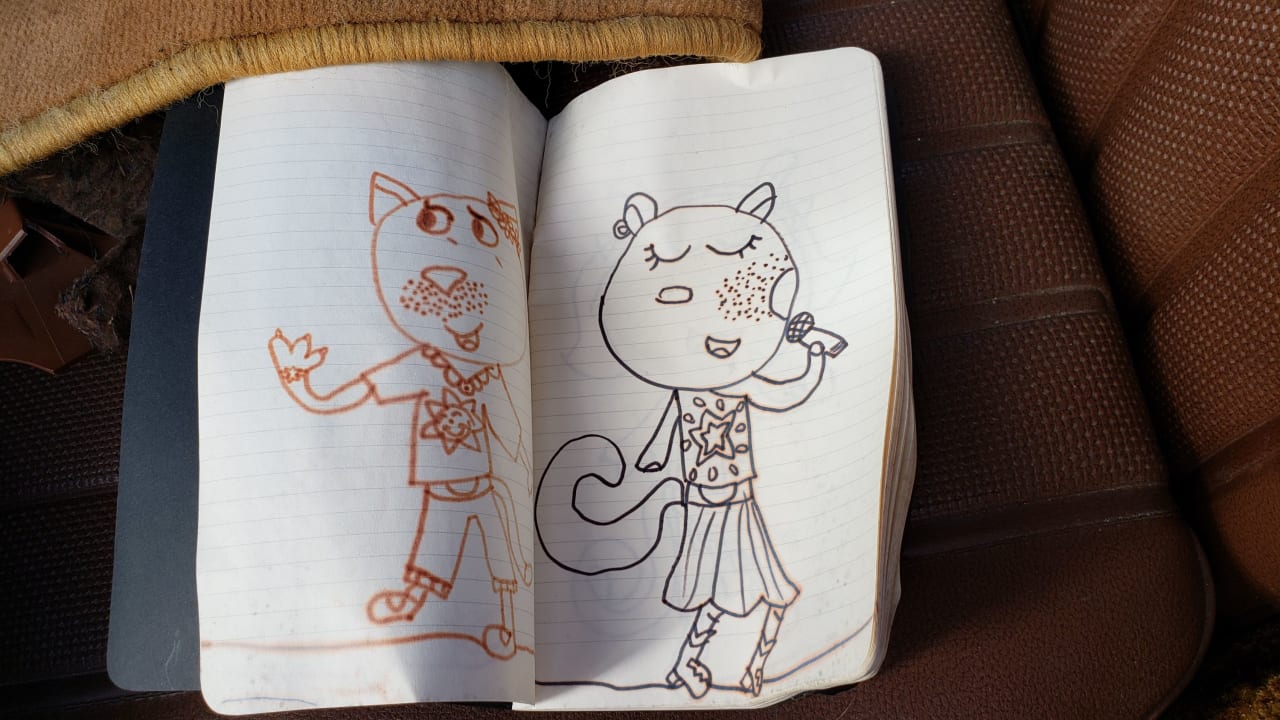 You never know what you'll find inside a junkyard car. 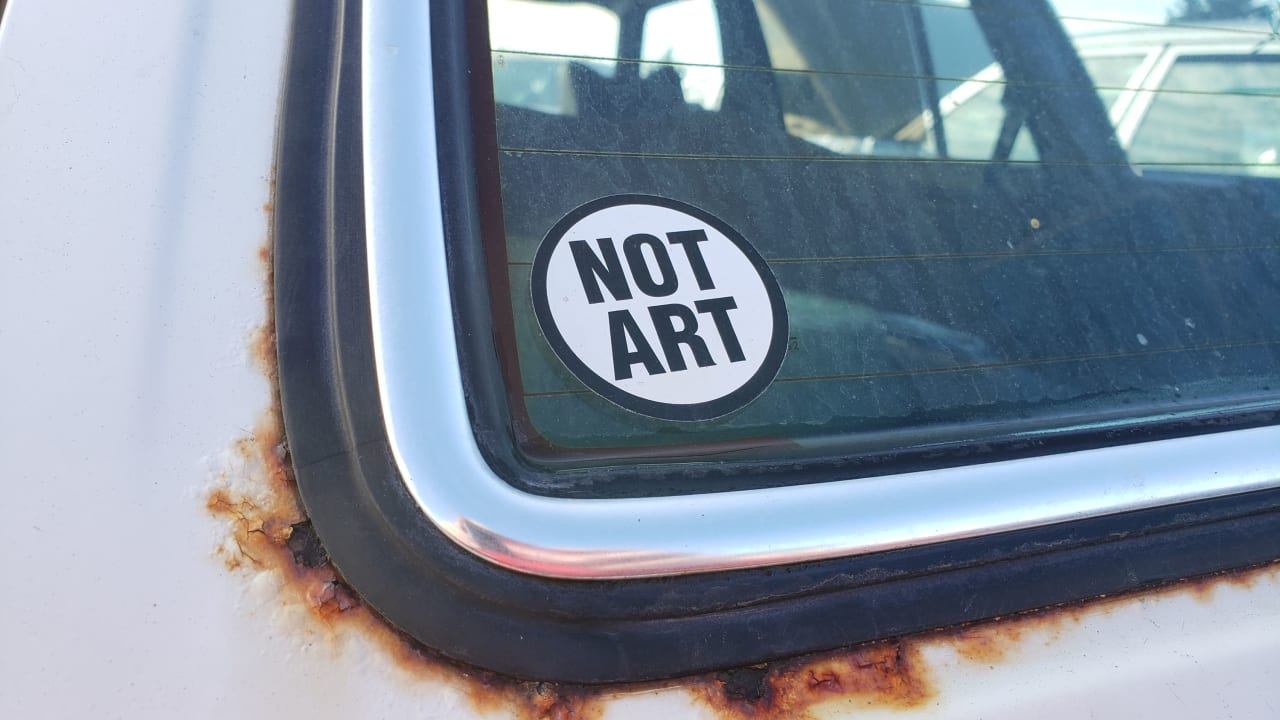 I'm not sure if this sticker refers to the car or the notebook inside.