There was a second, smaller surprise last night

The Tesla Cybertruck was the star of last night’s bizarre Tesla event in Los Angeles, but Elon Musk had one more surprise for folks at the end: an ATV.

Musk called it the “Cyberquad” ATV, and then the driver pulled it up into the bed of the Cybertruck, using the ramps that extend out from inside the tailgate. Like everything Tesla, the Cyberquad is electric. It even plugs into the truck to charge its battery pack, but that’s where the details stop flowing. 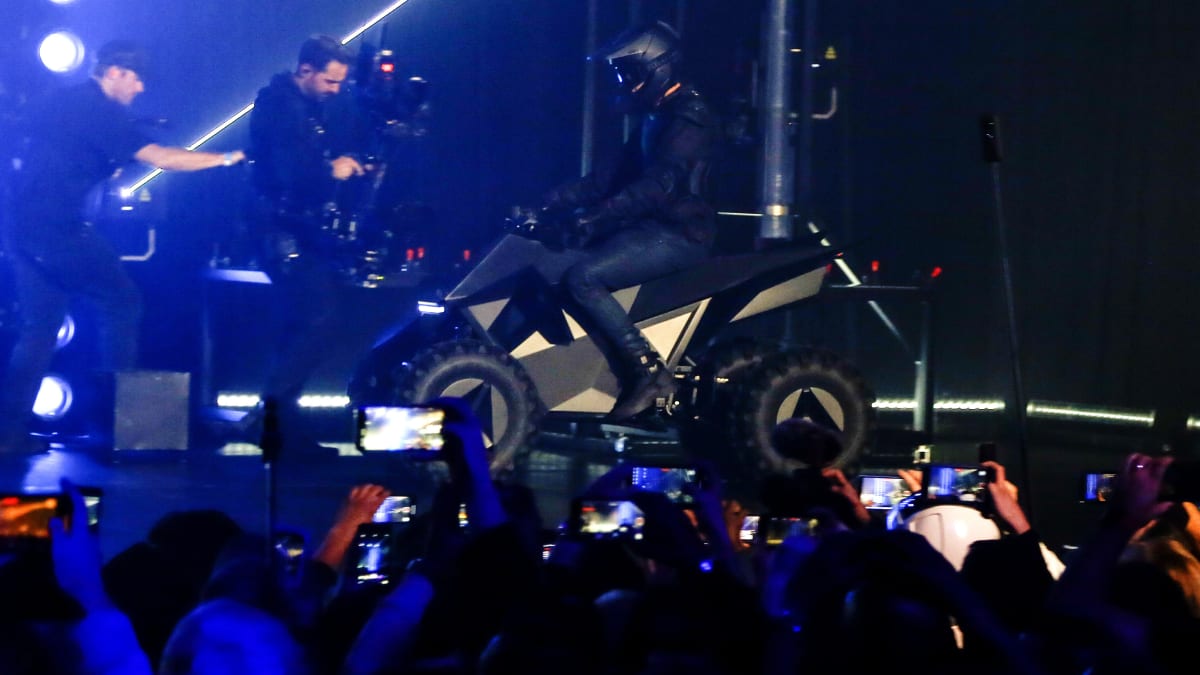 There's no word yet with regards to price, speed, range or even whether Tesla plans to sell the thing. It doesn’t appear to be a package deal with the truck, but it does look specifically designed to fit in the truck's 6.5-foot bed. The outlet on the rear right portion of the bed is where you can plug in.

The ATV's design is all sharp angles and flat surfaces. It riffs off the slab-sided and angular Cybertruck itself, making the two look like a matched pair. Frankly, an electric ATV sounds like a great time, and it being a Tesla, we’re sure it would be quick.