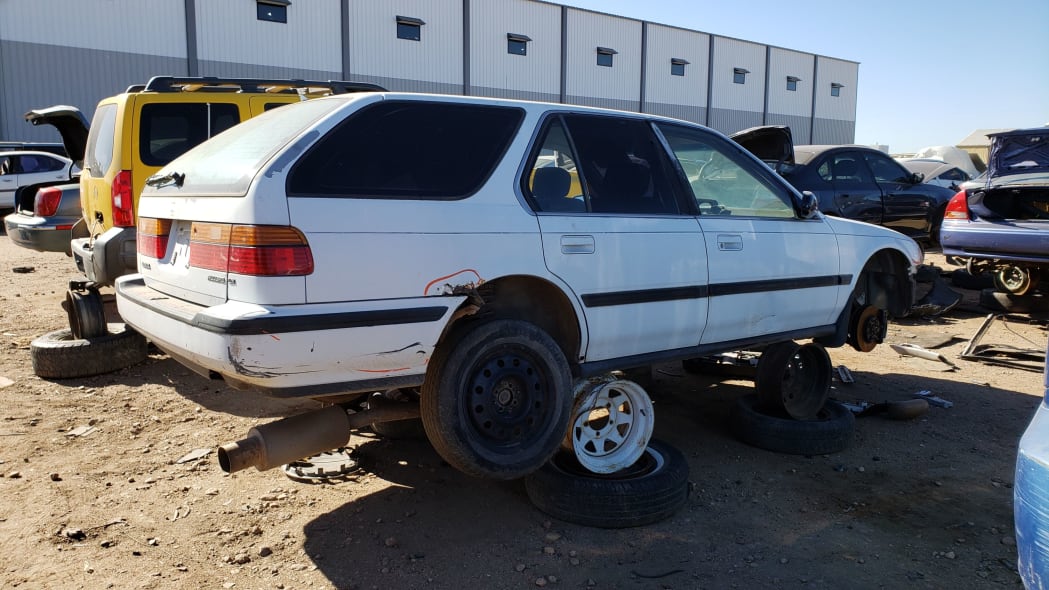 While Ford built Taurus station wagons all the way through the 2004 model year, Toyota gave up on the Camry wagon after 1996 while Honda sold the Accord wagon through 1997. We can blame the rise of the minivan and the SUV for the demise of the midsize station wagon, but enough of the long-roofed Accords have stayed on the roads to make them occasional residents of the self-service wrecking yards I frequent in search of interesting discarded vehicles. Here's a '92 with nearly 300,000 miles on the clock, spotted in a yard near the Colorado/Wyoming border. 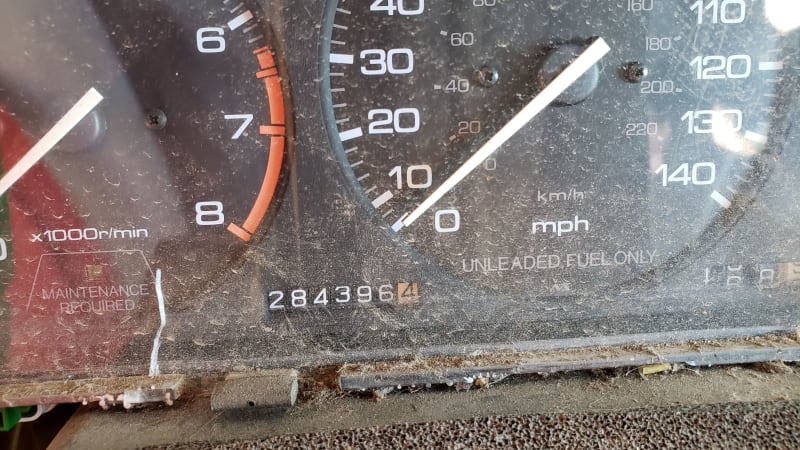 Not quite 300,000 miles, and not as high an odometer reading as I've seen on other junkyard Hondas of the era, but still very impressive. 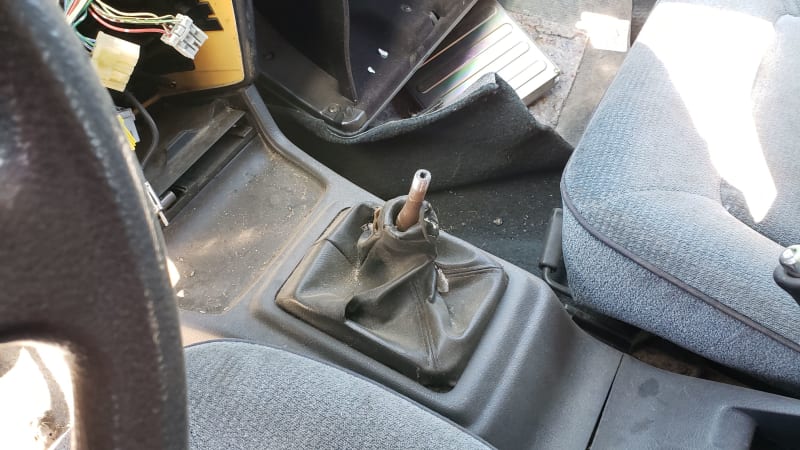 While very few US-market Camry wagons had manual transmissions (though they do exist), most of the Accord wagons I've seen have three pedals. 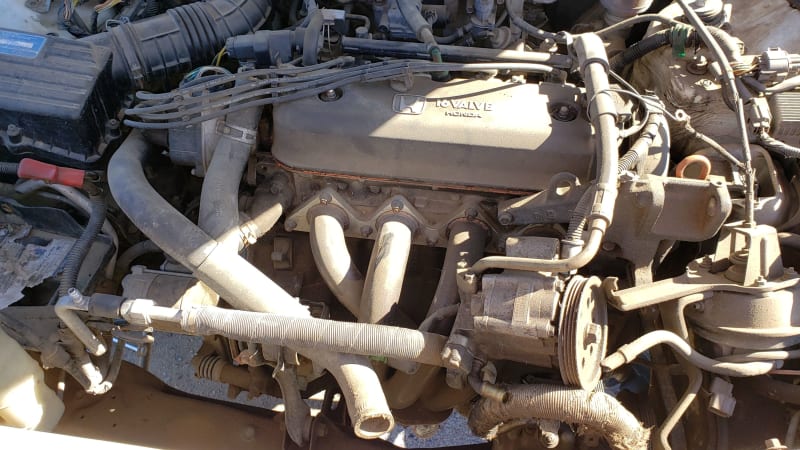 Someone installed an aftermarket tube header on this car, which may have added a few extra horsepower. 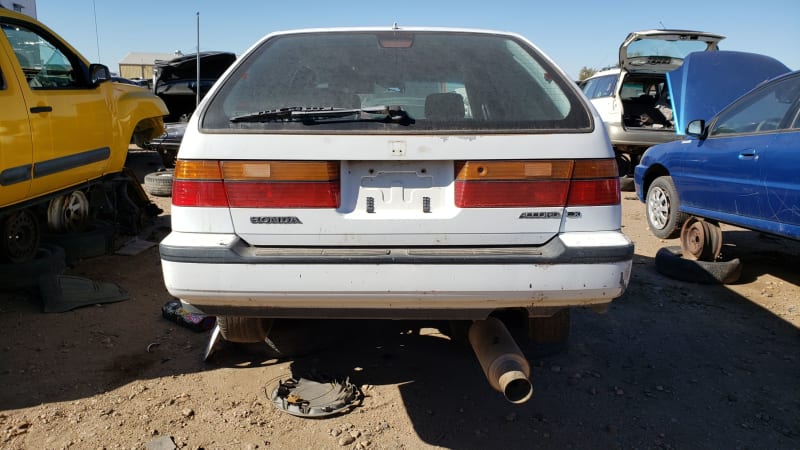 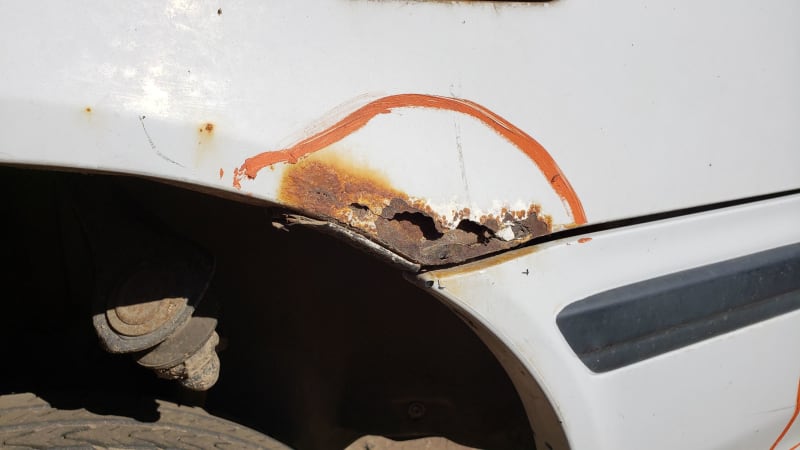 This car wouldn't be considered particularly rusty for a 25-year-old Japanese car in Connecticut or Wisconsin, but this level of corrosion in Colorado leads to scrap-value-grade depreciation.

Honda took a good idea… and built on it.