This car survived several normal lifetimes before its retirement in Colorado.

Disclaimer: I own a battered, high-mile 1992 Honda Civic hatchback, it has been the most reliable motor vehicle I have ever owned (including numerous other Civics), and I'm not entirely rational when it comes to discussing fifth-gen Civics. That said, it would take a hard heart indeed to not find some love for today's Junkyard Gem: a '93 EG hatch in Denver that gave its all. 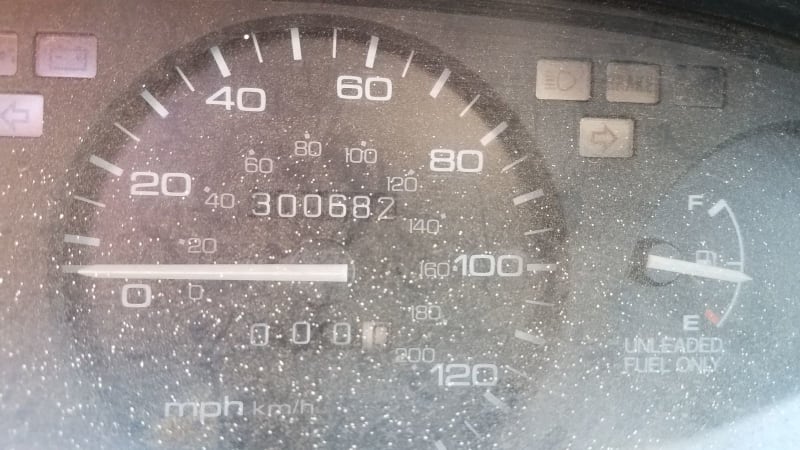 Miles? Yeah, it's got some miles. Enough to drive around the circumference of the Earth more than 12 times. An average of just over 12,027 miles for each year of its quarter-century life. 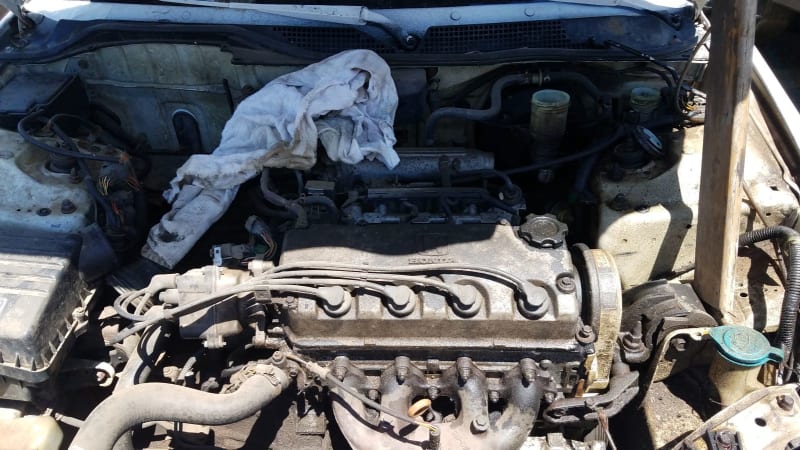 Under the hood, a 1.5-liter D15Z1 engine, which used an early form of VTEC and developed 92 horsepower. The Civic VX was optimized for fuel economy, and was rated at 55 highway miles per gallon in 1993. 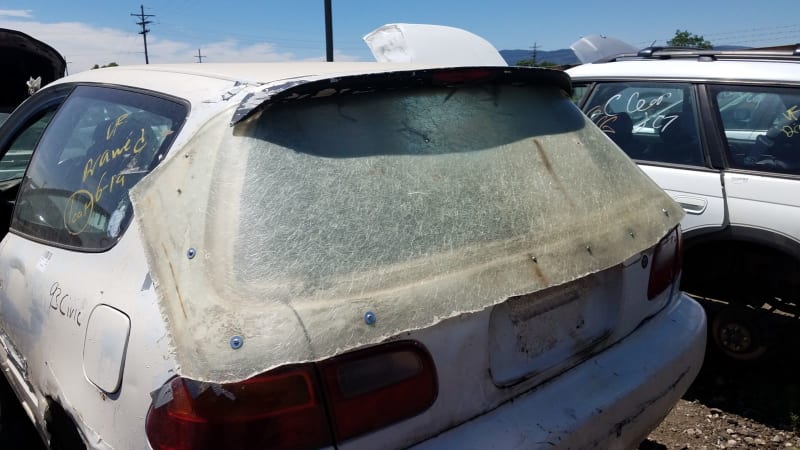 This car boasts many budget-constrained repairs and looks like something from The Lord Humungus' motor pool. For example, this plastic replacement rear window, which was a lot cheaper than buying junkyard glass. Sure, it prevents the rear hatch and tailgate from opening, but so what? 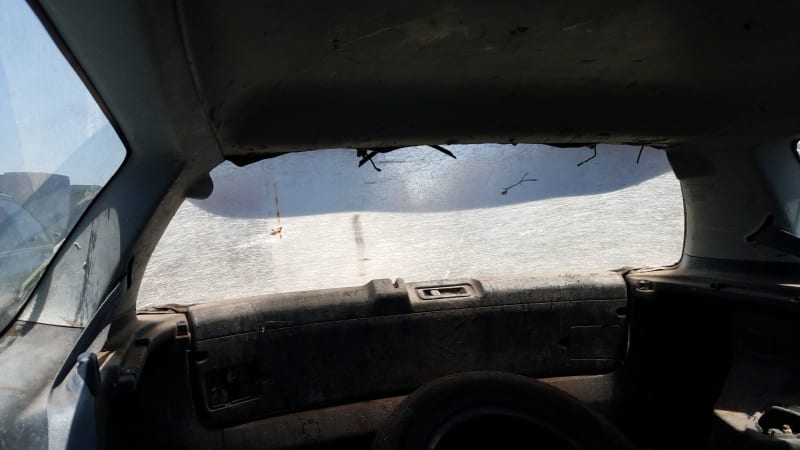 The view to the rear is a bit compromised, which might be an issue given the Civic VX's lack of a right-side mirror. 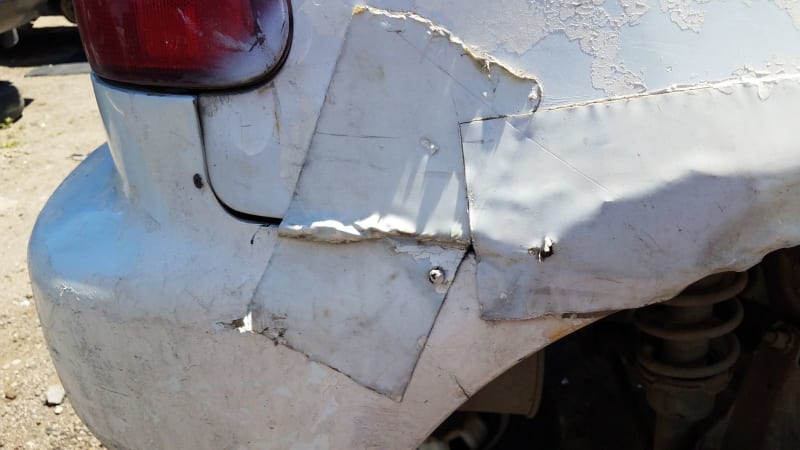 Any Midwesterner will tell you that this sort of rust repair doesn't work so well, long-term, but the Rust Monster chews slowly in High Plains Colorado. 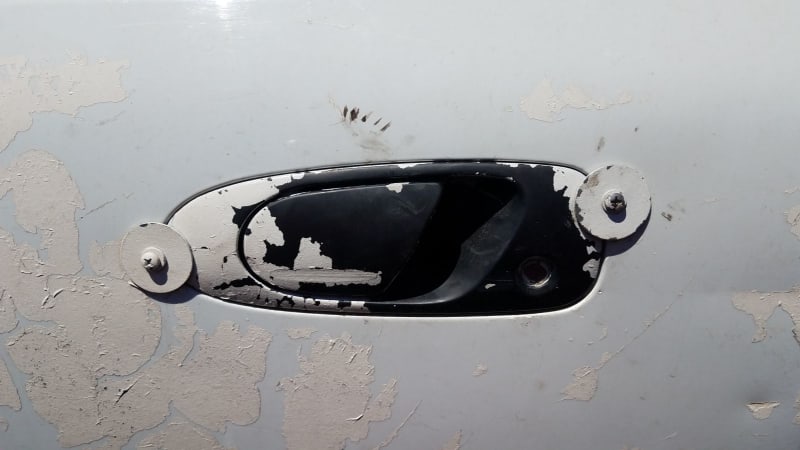 Here's an innovative method of keeping the door handles in place. 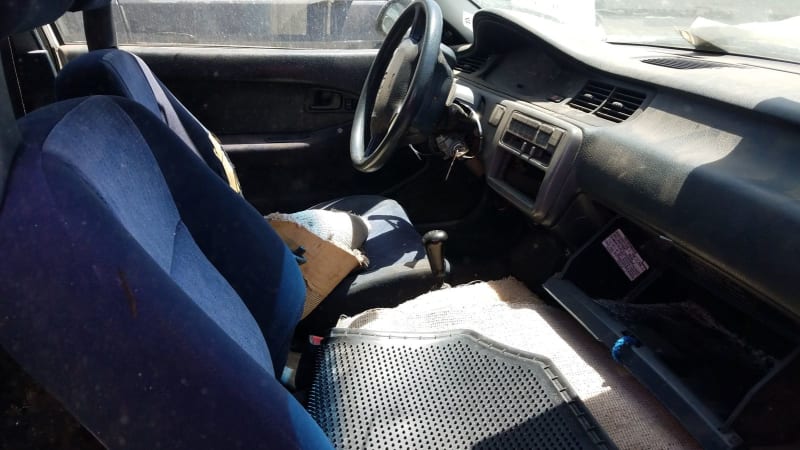 The interior isn't as rough as the exterior, though some junkyard Civic may have donated its seats. 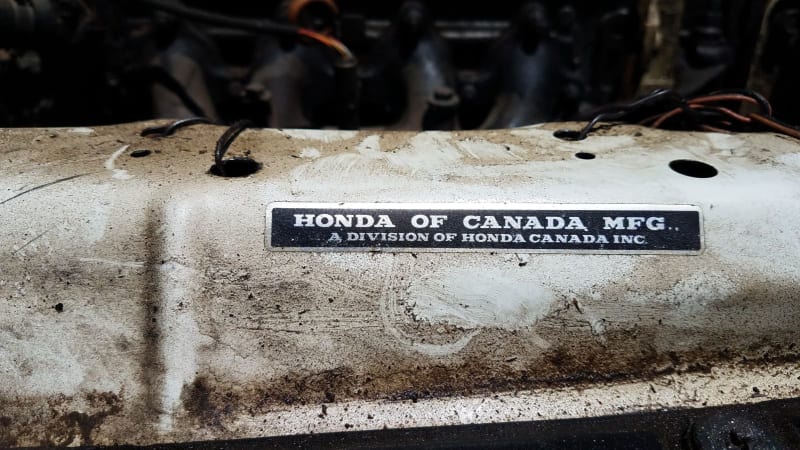 Made in Canada, pre-NAFTA. 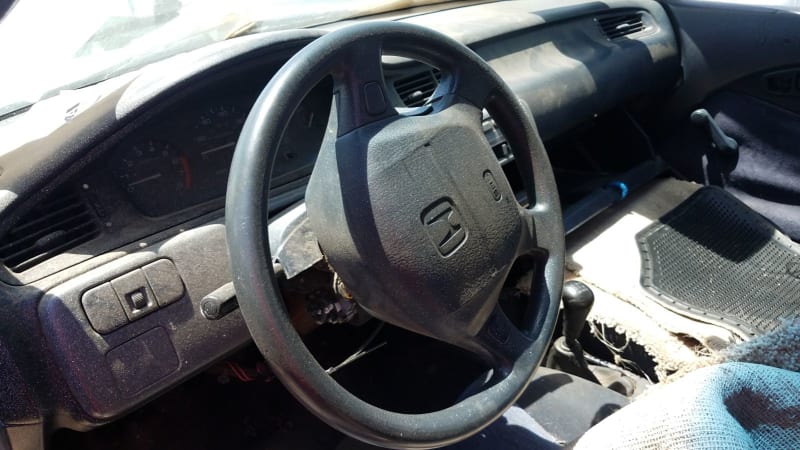 All Civics had driver's-side airbags starting in 1992, so those loathsome automatic seatbelts that afflicted so many economy cars of this era weren't required.

In Japan, Jodie Foster said, "Yes, Civic!" about this car.