The final model year for the carbureted US-market Beetle, found in a Colorado wrecking yard. Production of the original Volkswagen Type 1 Beetle began in Germany in 1938 and continued all the way through the very last Volkswagen Sedán Última Edición, which rolled off the assembly line in Mexico in 2004. In the United States, Beetle convertibles could be purchased new through 1979, but 1977 was the final model year for the regular Beetle sedan on these shores. Even in the current century, I find a few Super Beetles each year during my junkyard journeying, but true full-torsion-bar-suspension Beetles have become rare car-graveyard finds in recent decades; I was pleased to find this '74 in a yard in northeastern Colorado last week. 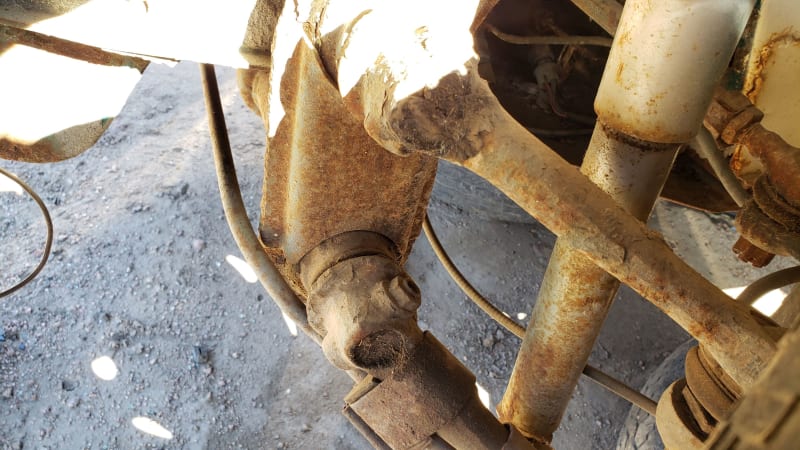 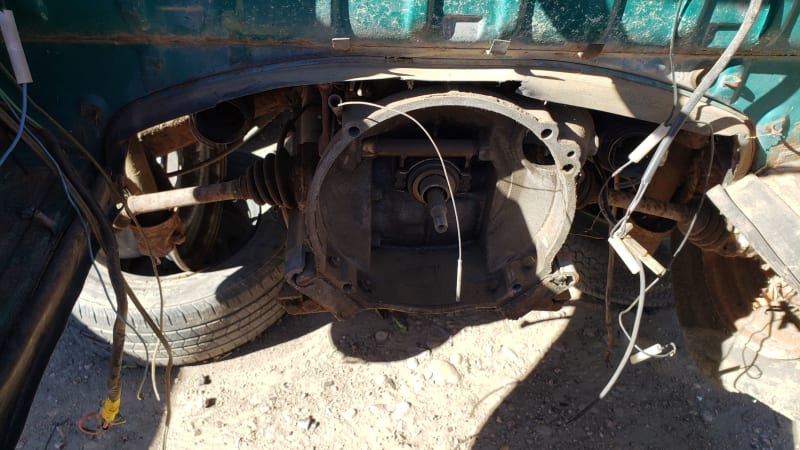 Some junkyard shopper has already grabbed the engine out of this car, which (if original) would have been a carbureted 1600cc plant generating 48 horsepower. Starting with the 1975 model year, US-market Beetles got Bobby Bosch's L-Jetronic fuel injection systems and catalytic converters, in order to meet increasingly strict emissions requirements. 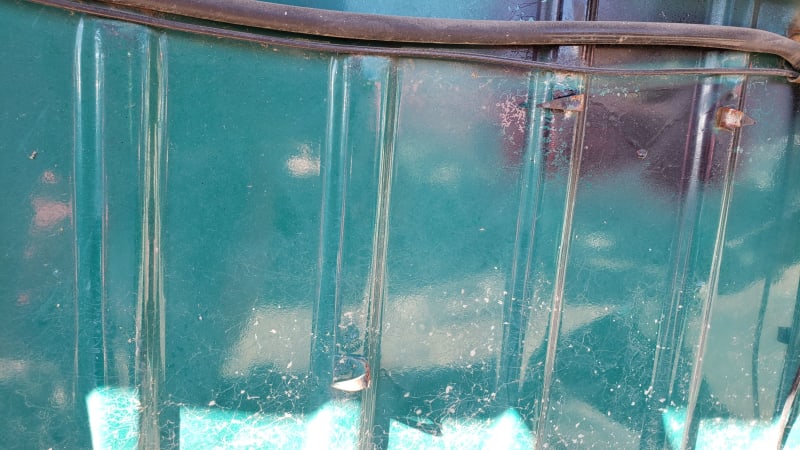 While dressed in festive purple paint now, this car began life with this blue-green color visible in the un-repainted engine compartment. 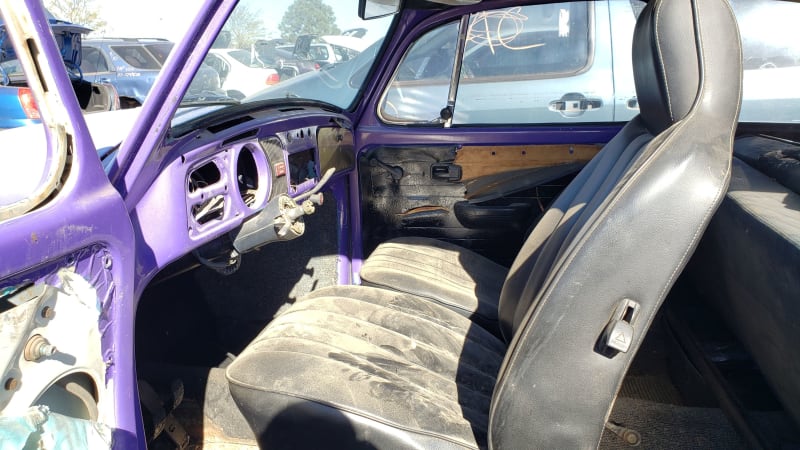 The Beetle's design seemed quite dated way back in the 1950s, but the car's simplicity and cheap price tag ensured that Americans would still be buying it 20 years later. Once the Rabbit arrived, however, the air-cooled Beetle's days were numbered in America. 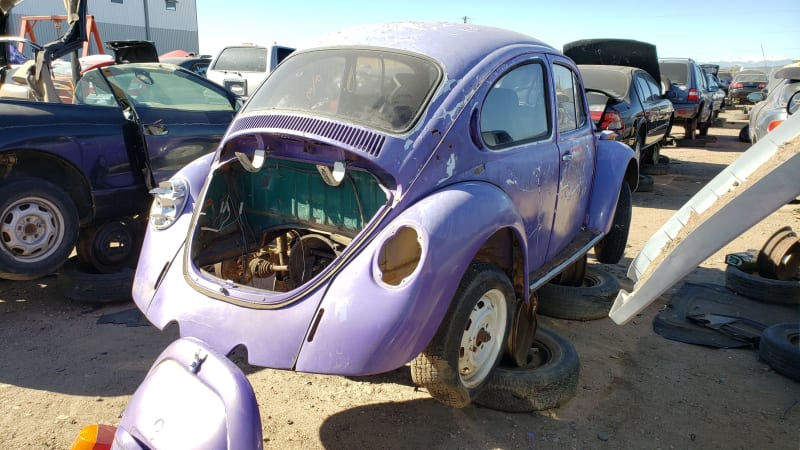 These make great project cars, with incredibly strong aftermarket parts availability and plenty of performance upgrades still around, but this one never got rescued.

This commercial was for the 1969 Beetle, but it's so good I'm going to include it here.