Did we do it as a joke? Yes. Did it do shockingly well? Yes!

I will admit that I initially did this as a joke. A seemingly endless parade of SUVs had been passing through Autoblog Portland HQ, each of which was subjected to my luggage test. Then the 2020 Lexus LC 500 showed up resplendent in metallic Flare Yellow, a shade that attracted gazes like it was on fire. A couple stopped in front of my house and just chatted about it for a while. A little girl exclaimed, "Look, Mom, a fancy car! The yellow is so pretty!"

So really, I had the car, I had the luggage, I'd been doing the tests every week, so hey, what the hell? Turns out I was about to learn something. 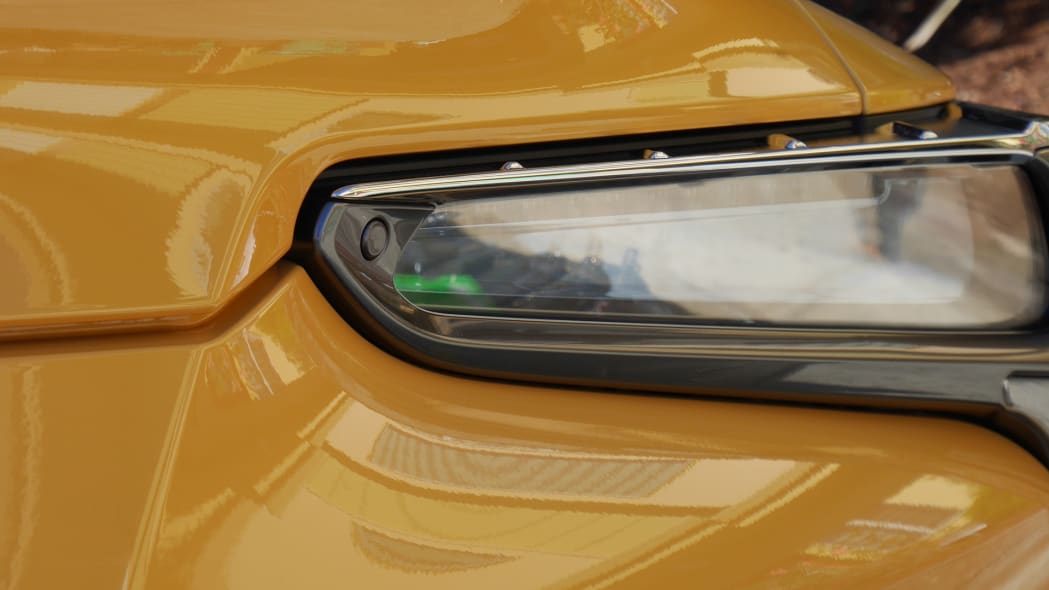 First thing's first: Open the trunk. It's a fobless process like nearly everything nowadays, but finding the button can be tricky. It's not adjacent to the license plate, rather, it's encased within the right taillight. Once found, you appreciate that it's both hidden and easily accessible. 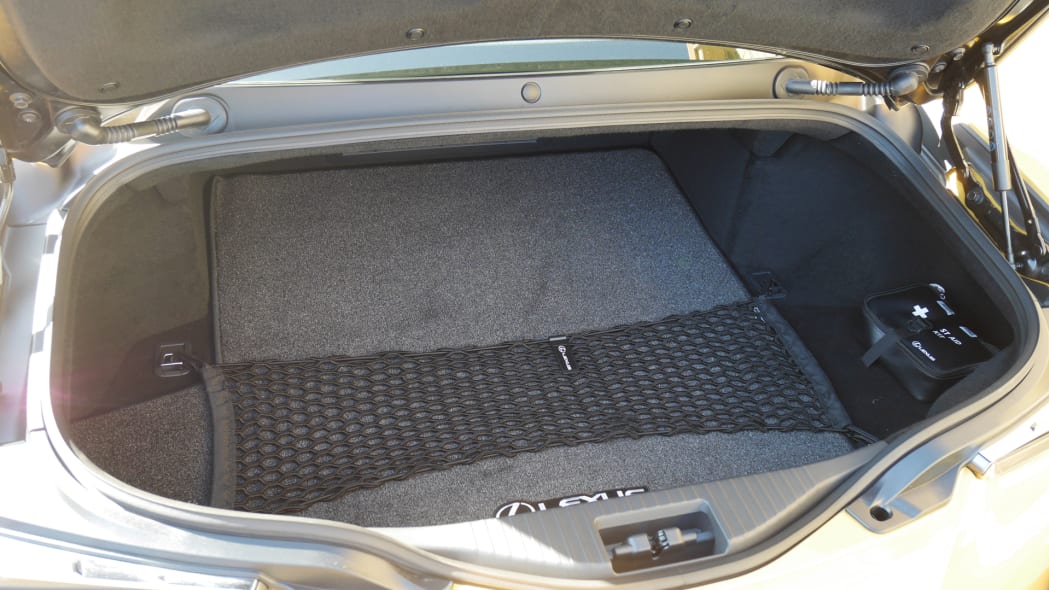 Once open, there's 5.4 cubic feet of space in this V8-powered LC 500. The 500h hybrid has 4.7 cubes, which would be the same as a Porsche 911's frunk. However, when talking about such small volumes, the shape of the trunk counts for so much more than it would in trunks of larger numerical value. In fact, it can easily matter more than the cubic-foot total, as we're about to see. 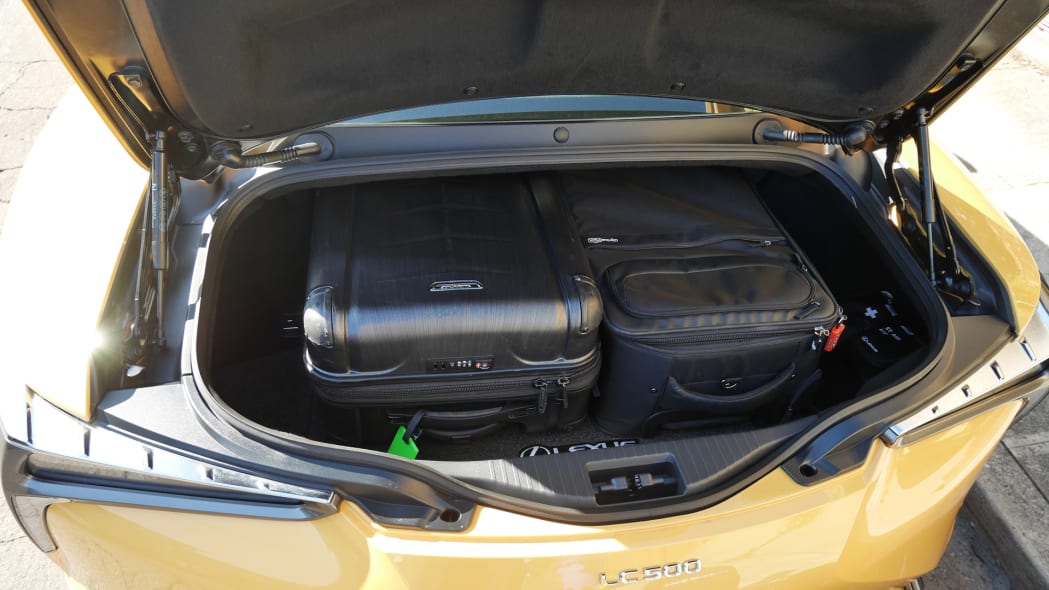 Holy crap! That's the biggest bag and the biggest medium-sized bag. They fit easily and there's some room to spare for some odds and ends. I tried fitting that same big bag in my 1998 BMW Z3, which has a 5.0-cubic-foot trunk. That biggest bag doesn't come close to fitting, going to show the importance of trunk shape, which is particularly deep and wide in the LC, if fairly shallow. 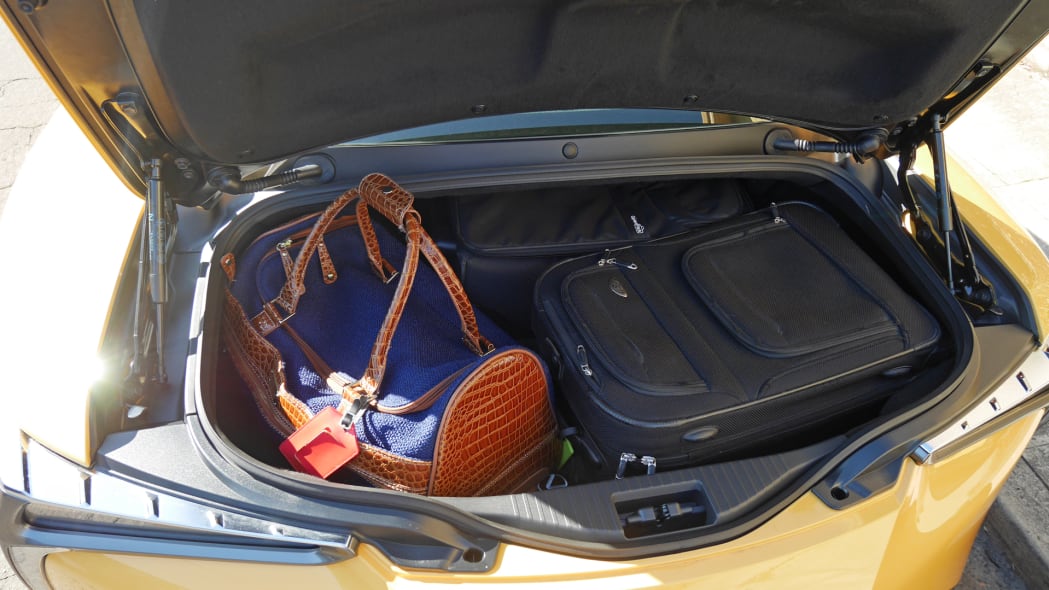 It could also fit two of the medium-sized bags and my wife's fancy bag. Quite frankly, this is exceptional for a two-door GT car like the Lexus LC.

I started to wonder at this point how a Porsche 911's frunk would do. Thankfully, as it turns out, I did a variation of this test back in 2013 with the previous-generation 911. And to think I was impressed by that.

Obviously, there was still a bunch of bags that didn't fit in the trunk, so let's see if they can fit in the back seat. 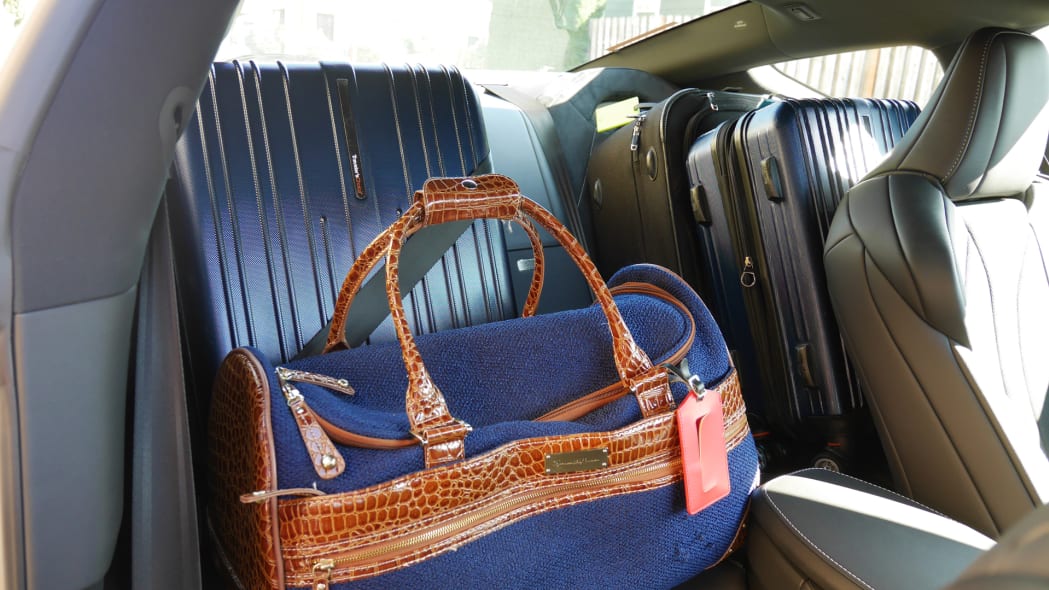 No problem! I mean, it's pretty unlikely that people are going to sit back there, so why not put those seats to use?

So basically, you can fit five suitcases and an overnight bag in a car that pretty much only seats two people. Who would've thunk?

This got me thinking, though ... 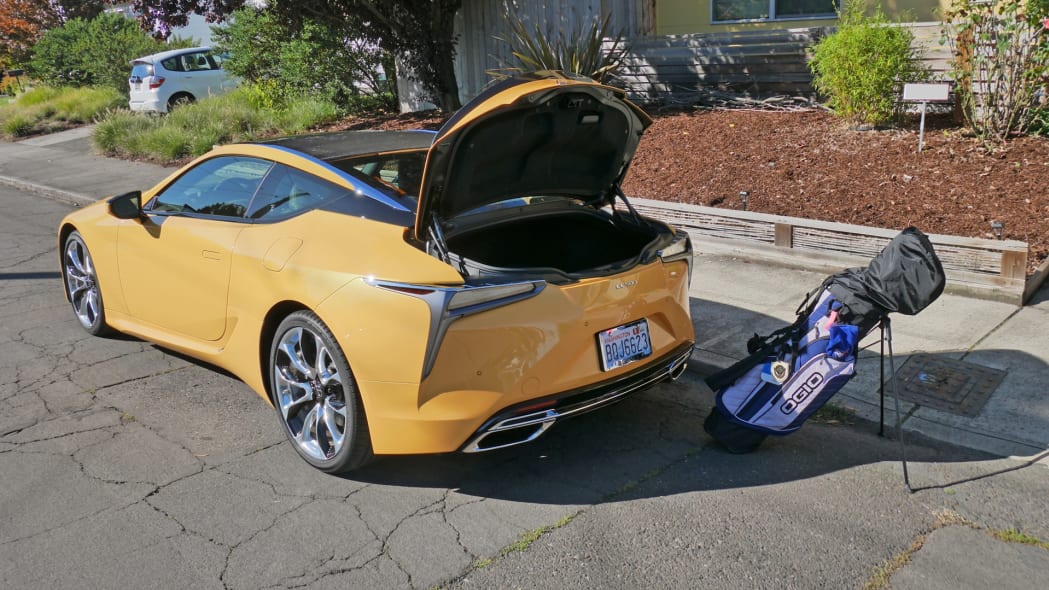 You'll note the LC's trunk opening is also quite large, unlike say, a Chevy Camaro's. You'll also note how wide the trunk's rearmost portion is, which pretty much screams "our engineers knew golfers are going to be buying this thing." My aforementioned Z3 is exactly the same way. 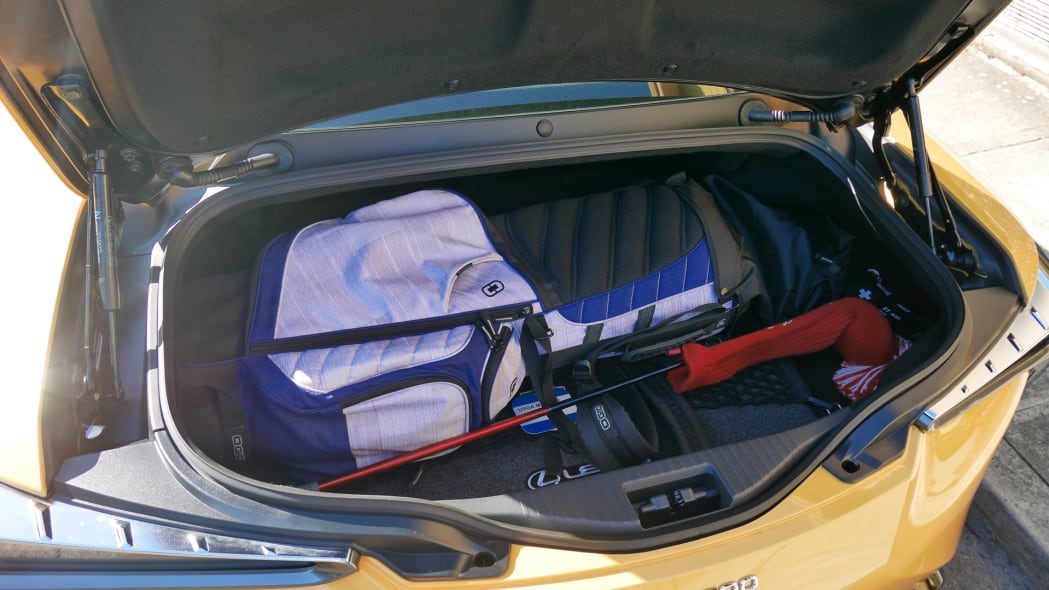 Ta-da! I had to remove the driver, which is par for the course (pun intended) when it comes to trunks, but once removed, both fit easily. In fact ... 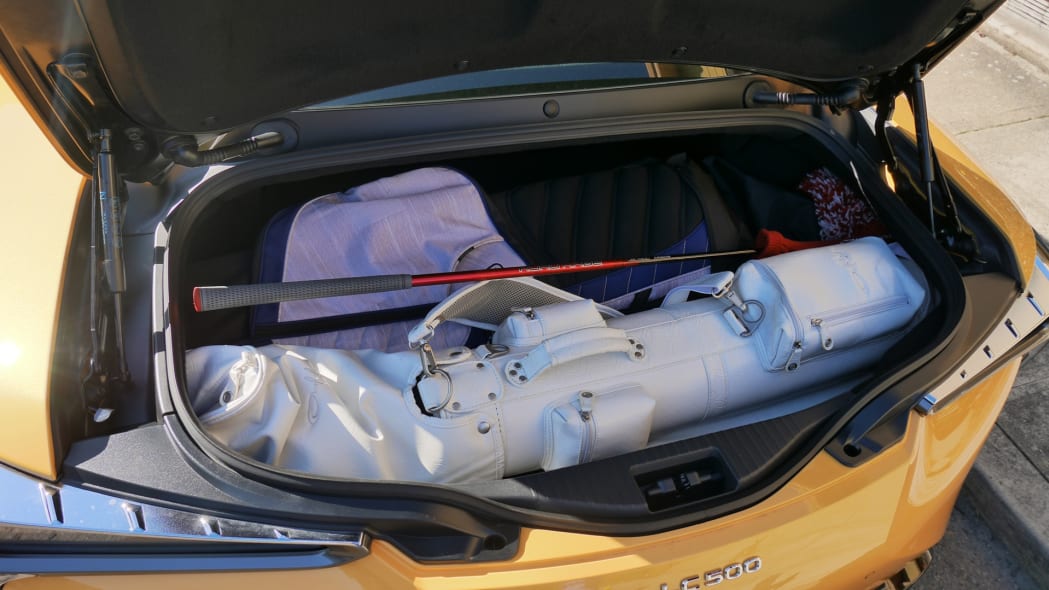 There was enough room for my wife's small golf bag, too. So, considering this, plus the extra space in the back seat, you can easily pack two golf bags and four sizable pieces of luggage in the Lexus LC. Good luck doing that in a 911.

What started as a total "hey, why not?" joke, ended up revealing yet another talent in the LC's already formidable GT repertoire.