No wing, no Hemi. This Dodge Charger Daytona is two-tone and tufted 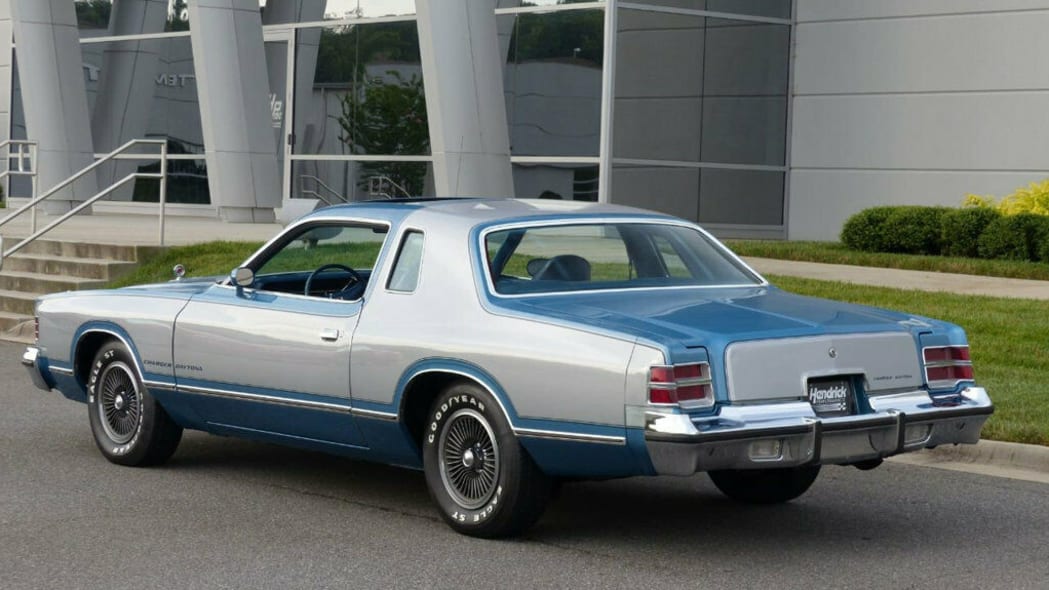 In between the Dodge Charger Daytona's 1969 debut as a wild, winged NASCAR warrior and the current 2020 Charger SRT Hellcat Widebody Daytona 50th Anniversary Edition with its monster 717-hp Hemi V8, the nameplate had some ... less-glorious years. The nameplate first resurfaced in 1975, when the Charger moved into the "personal luxury" space as a riff on the Chrysler Cordoba. This 1975 Charger Daytona might not be the model's heyday, but damn if this clean machine, surfaced by Barnfinds.com, isn't striking in its own Me Decade kind of way. And this low-miles example is on offer right now on eBay motors.

Outside, this dynamic Dodge sports two-tone silver and blue paint, alloy wheels with white-letter tires, and a power sunroof. Inside, we find high-backed split-bench seats with button-tufted vinyl (no "rich Corinthian leather" here). Raising the miles-long hood reveals a 400-cubic-inch, 4-bbl V8, which for 1975 packed 190 horsepower. A far cry from today's 717 horses, perhaps, but still an upgrade over the Charger's standard 360-cubic-inch V8.

It may not be the car that pops immediately to mind when someone says, "Charger Daytona," but with less than 12,000 miles showing, this mid-Seventies example is a time warp to a lesser-known era for the marque.