One of the last rear-wheel-drive Nissan econoboxes sold in the U.S. 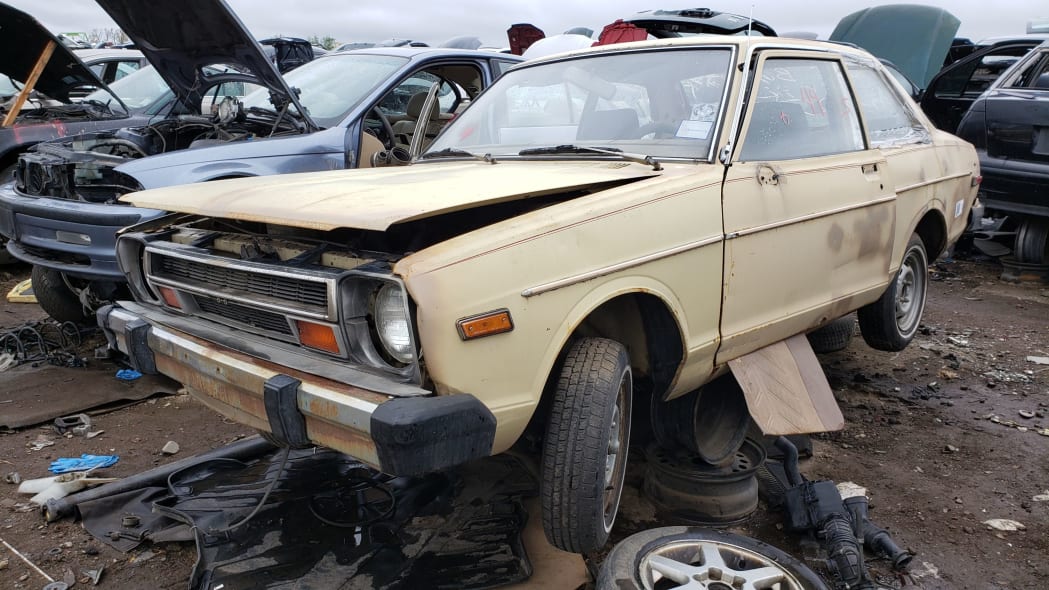 Nissan spent the 1970s making good money in North America by selling rear-wheel-drive, Datsun-badged economy cars based on the Nissan Sunny, with the super-stingy Datsun B210 arriving just in time for the 1973 oil crisis. The B210's successor, sold in North America as the 210, debuted here for the 1979 model year and held the econobox fort for Nissan until the more modern, front-wheel-drive Nissan Sentra appeared in 1982. I don't see many of these cars during my junkyard explorations of recent years, since most of them depreciated to nothingness a couple of decades back, but I found this first-year example in a Denver self-service yard a few months ago. 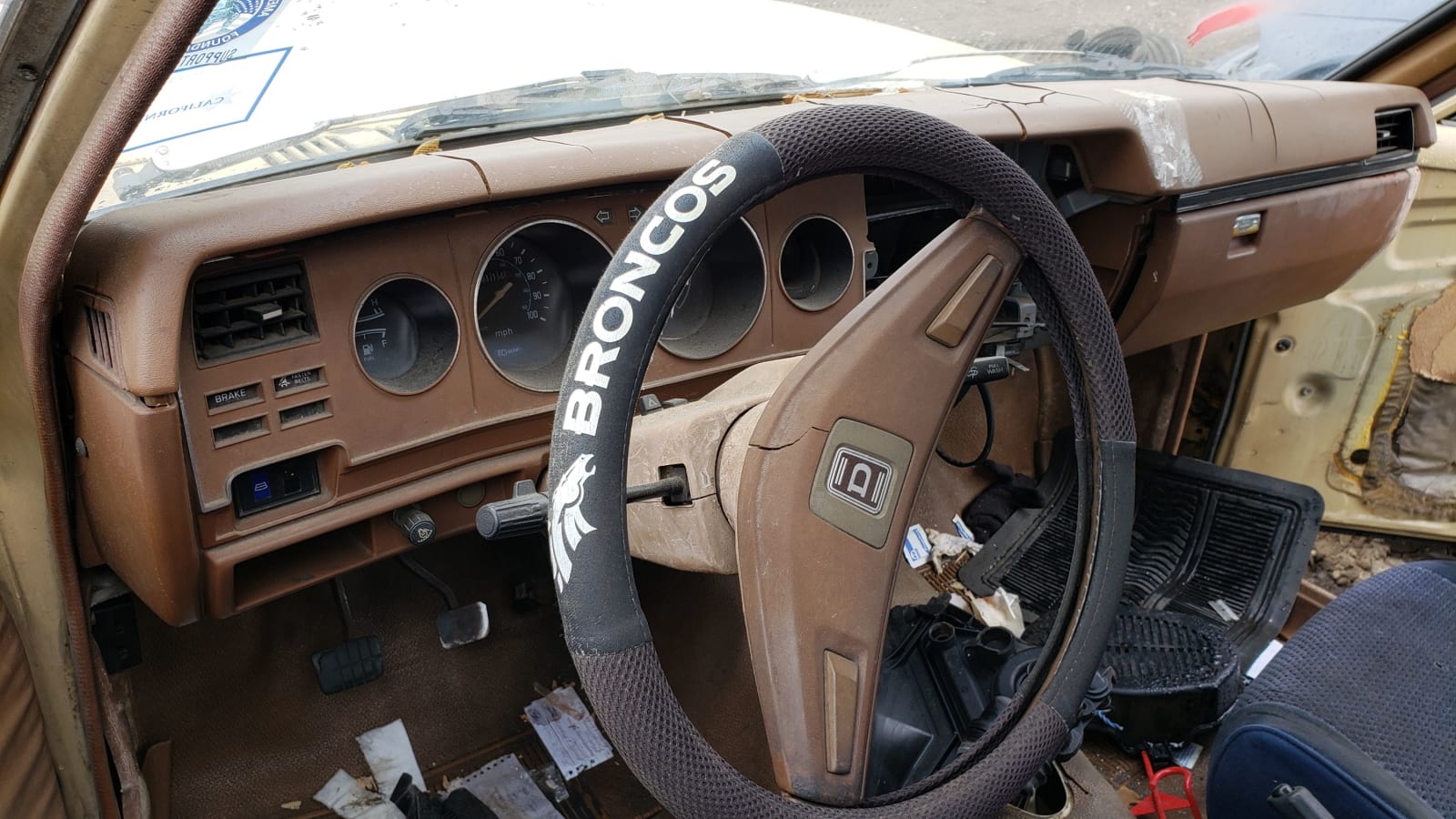 Things got pretty confusing with Datsun names around this time; this car had the B310 platform designation within the Nissan organization, but the 310 name went onto a car based on the Japanese-market Pulsar, itself a member of the Nissan Cherry family. Meanwhile, the much-beloved 510 name got pasted onto the North American version of the Nissan Violet. The real 510's Bluebird chassis begat the 610, 710, 810, and (badged as both a Datsun and a Nissan) the Maxima. 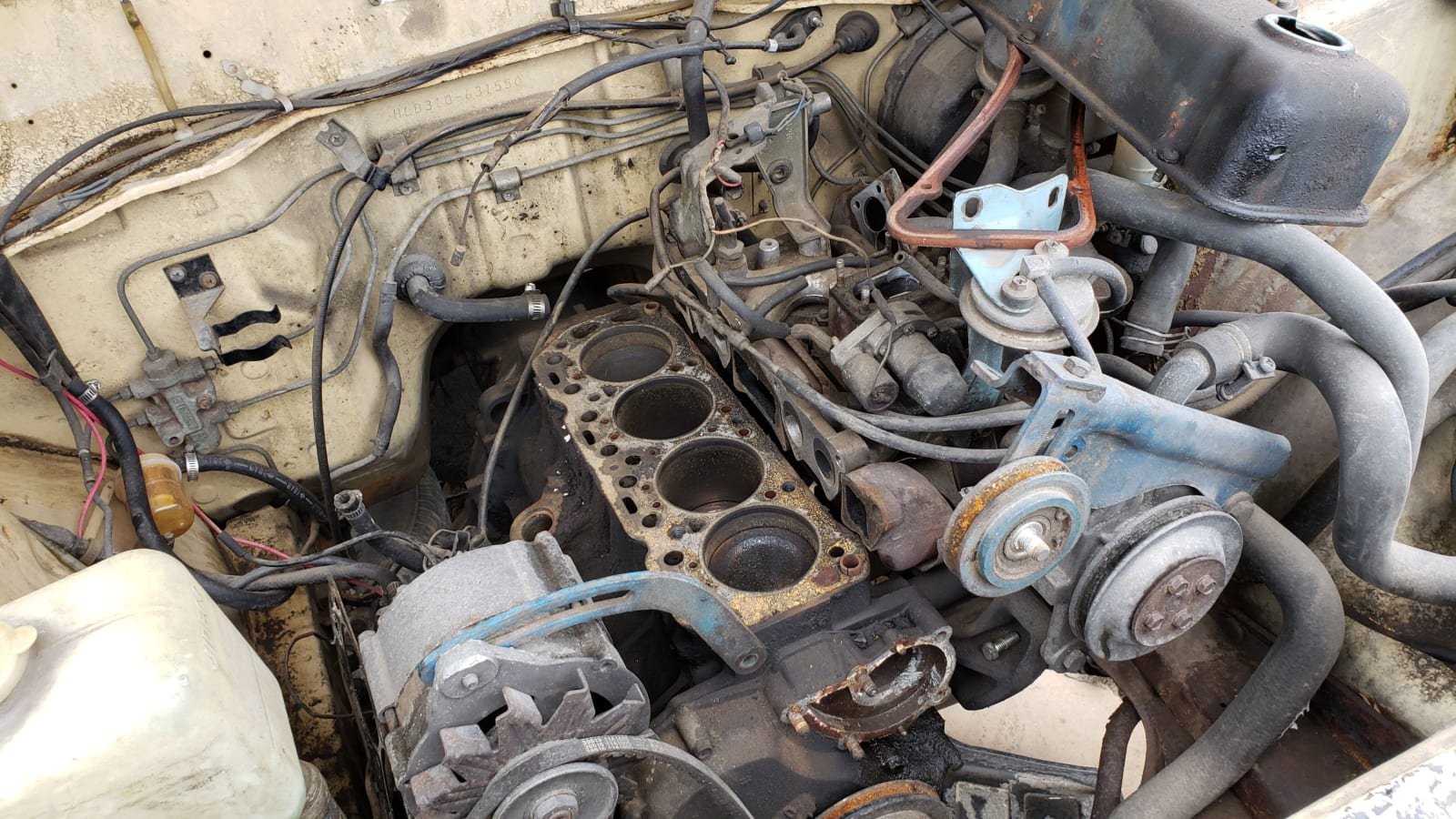 Except for a couple of holdouts (e.g., the Chevrolet Chevette), just about every cheap North American-market compact and subcompact went to front-wheel-drive before the 1980s were half over. The 1979-1982 Datsun 210 was the last of the penny-pinching rear-wheel-drive Nissans available over here. Power came from this 1.4-liter four-cylinder, rated at 65 horsepower— not enough to be quick, but acceptable by 1979 standards and extremely fuel-efficient. 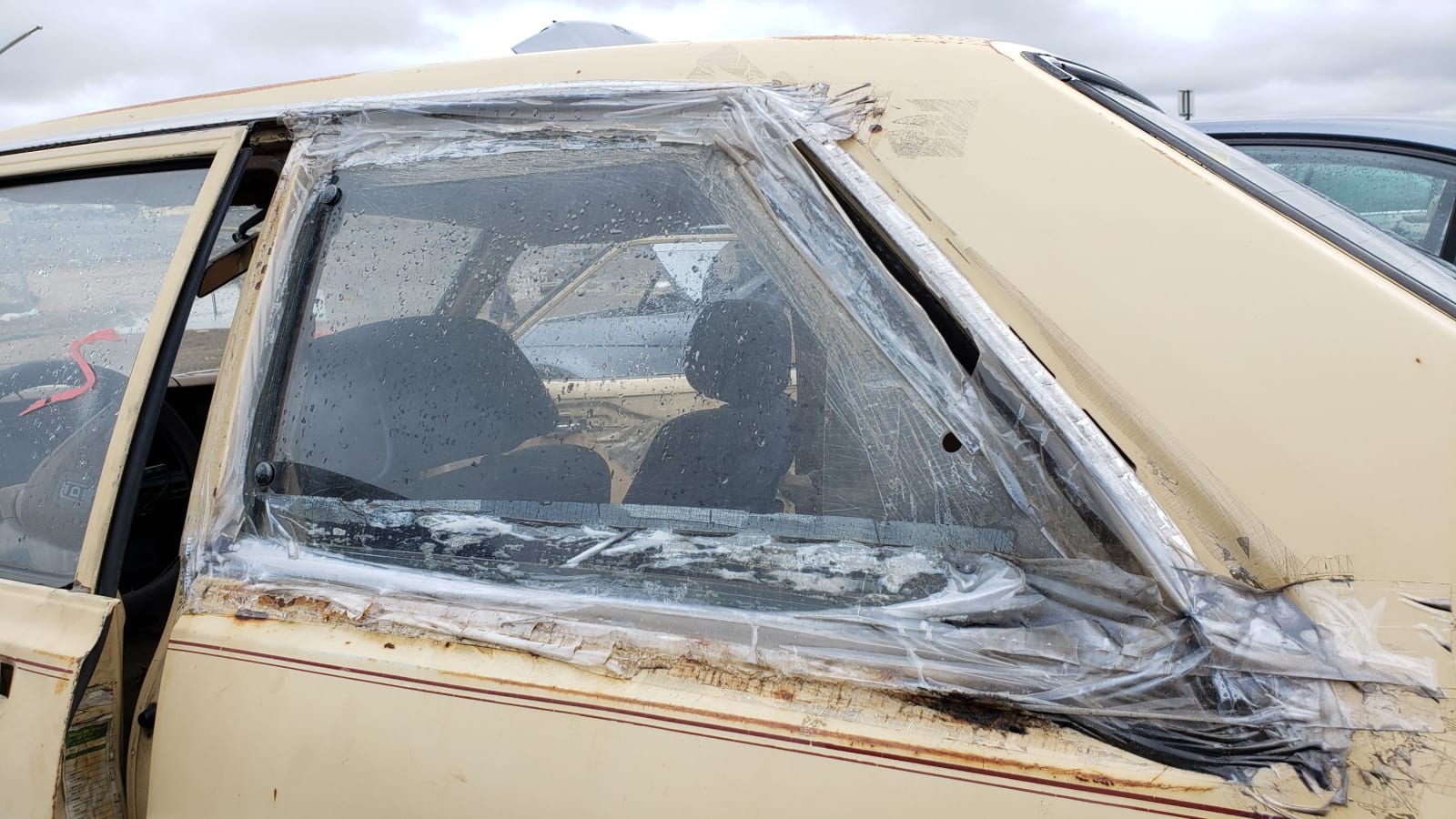 This car's final owner got every bit of life out of the old Datsun before discarding it. In addition to rust, body filler, a grubby interior, and mangled sheetmetal from multiple fender-benders, the acrylic-and-packaging-tape glass replacement ensures a resale value approaching scrap levels. 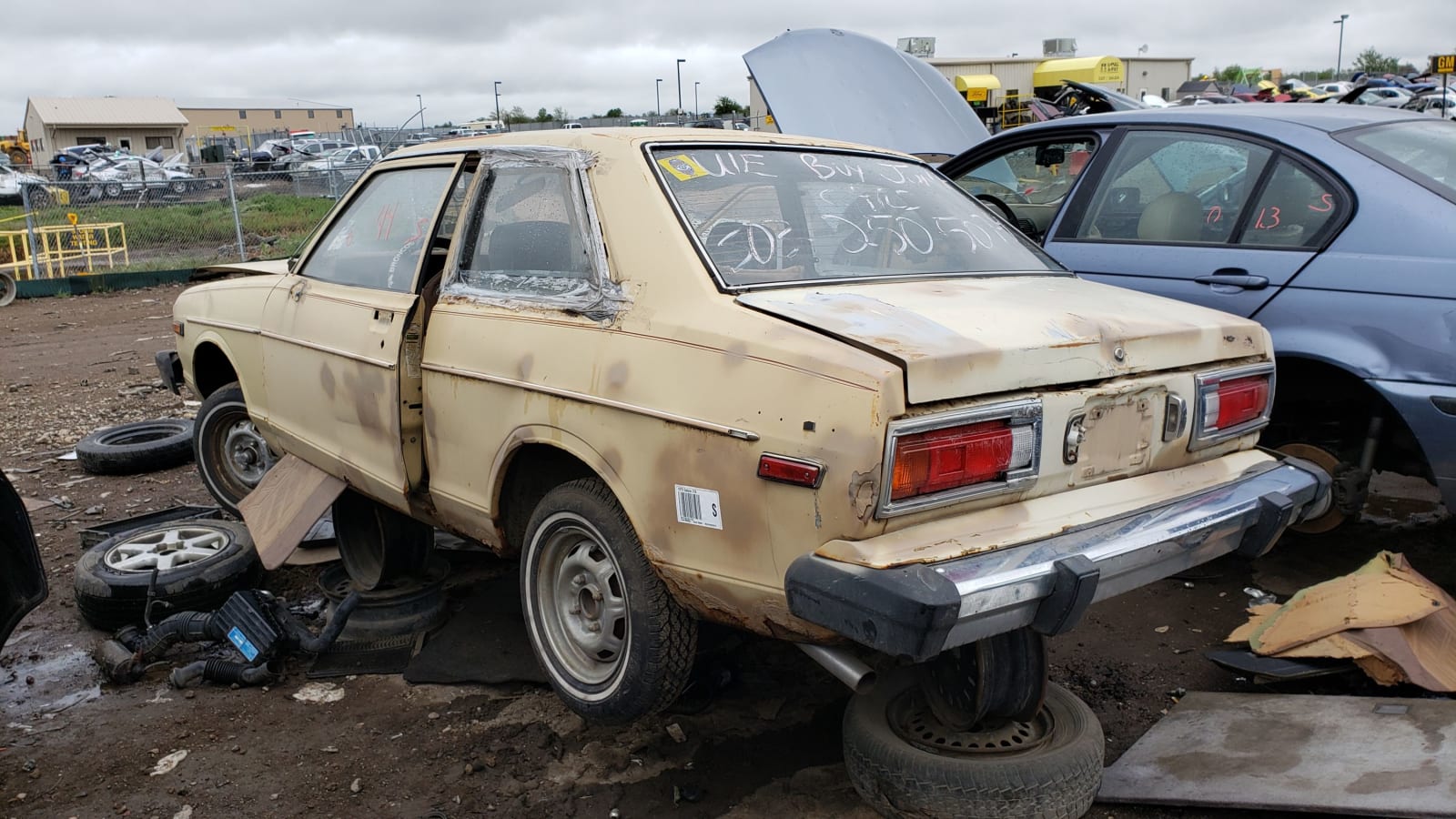 These cars proved to be solid competition for the Corolla and Civic of the era (though not as reliable as the Toyota and not as much fun to drive as the Honda), and they were common sights on the streets of non-Rust Belt regions well into the late 1990s.

Just the car to take on a trip from Japan to Fiji!