The swap costs nearly as much as a Nissan Versa 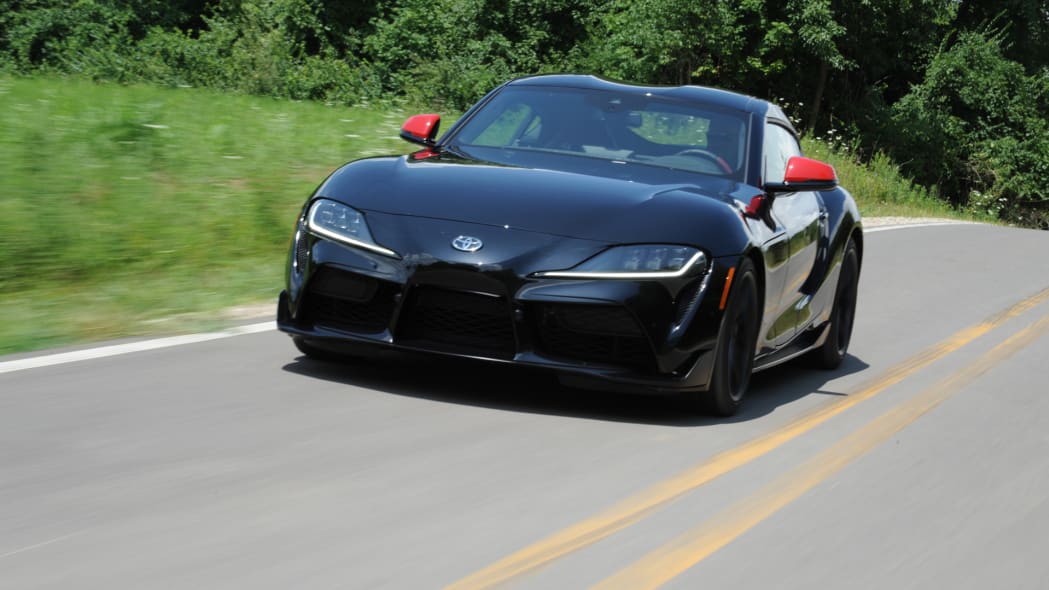 Toyota rubbed a small but vocal group of enthusiasts the wrong way when it announced plans not to launch the 2020 Supra with a manual transmission. It's all automatic, all the time. Whether the company will change its mind during the car's production run is up in the air, so a Texas-based tuning shop named European Auto Group (EAG) took the matter into its own hands.

You might assume a shop called Japanese Auto Group would handle the conversion, but remember that the Supra has a European heart. Its 3.0-liter straight-six engine comes from the BMW parts bin. Most of the bits and pieces needed to make a stick-shifted Supra wear a BMW parts number, according to CarBuzz, including the six-speed manual transmission. They're off-the-shelf components. The shift lever is the only custom-made part; it will be inspired by the cool, flip-up unit found in the GR HV Sports concept introduced during the 2017 Tokyo auto show.

EAG has started the first conversion, and it's taking $6,000 deposits from customers who wish to see an extra pedal in their Supra's footwell. It pegged the swap's total cost in the vicinity of $12,000, and it warned the process takes between 30 and 45 days.

To sweeten the deal, EAG enlisted the help of Canadian BMW tuner ProTuning Freaks to give the Supra more power. Supra models that go through EAG's shop for a transmission swap will leave it with about 425 horsepower, a 90-horse increase compared to the stock model. There's no word on where the extra power comes from, but EAG owner Art Bartosik told CarBuzz he has personally put over 40,000 miles on ProTuning Freak-modified BMWs without experiencing problems.

That's reassuring, especially considering the transmission swap and the engine tune undoubtedly void the Supra's powertrain warranty. Speaking of, EAG is in the process of creating a four-year, 50,000-mile warranty for the cars it modifies.

Installing a manual transmission in a car developed with an automatic in mind is a complicated, time-consuming project. The transmission might not fit into the original tunnel, the new pedal box might not line up with the old one's mounting points, space needs to be cleared in the engine bay for a master cylinder, and odds are the driveshaft needs to be modified. EAG specializes in installing manual transmission in high-end cars like the Ferrari 458 and the Lamborghini Huracán, so it's better positioned than most to give Supra enthusiasts the six-speed stick they've been lobbying for.