After 56 years, this rear-engined Chevy is done. 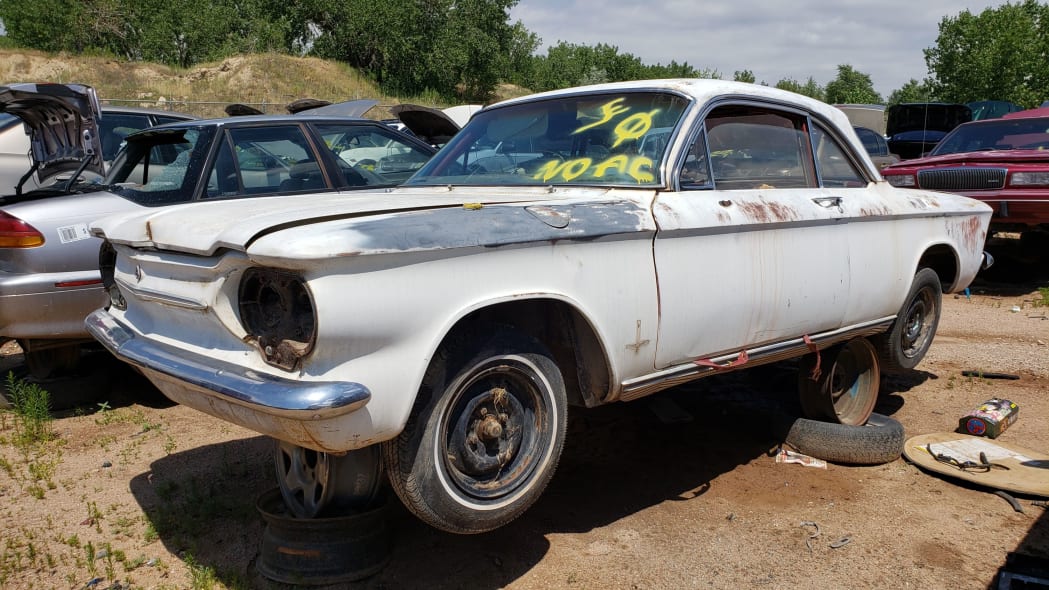 GM's Chevrolet Division sold well over a million Corvairs for model years 1960 through 1963, making their innovative rear-engined car a genuine sales success— not as popular as its Ford Falcon or Rambler Six competition, but respectable. The Corvair has a following today, but so many potential projects still exist that some manage to fall through the cracks and end up in the junkyard ecosystem. I see a few discarded Corvairs every year (sometimes more than a few), and today's Junkyard Gem is the latest: a sporty Monza 900 Club Coupe in a big self-service yard near Pikes Peak. 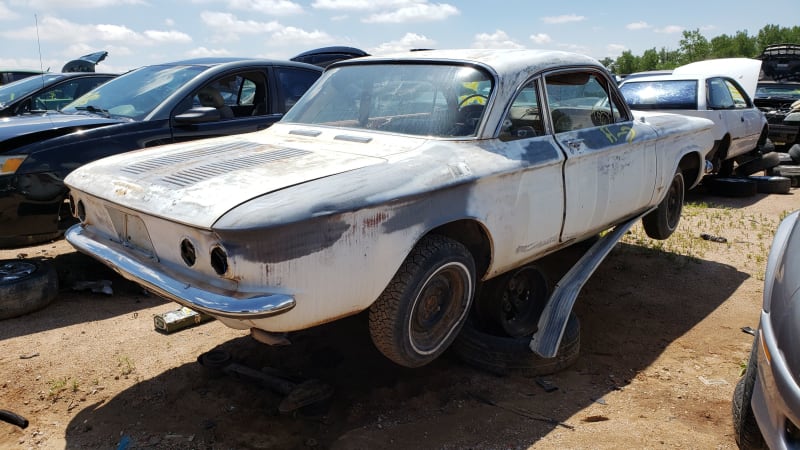 If there's any rust, it's not serious. The convertibles and turbocharged Corvairs tend to get all the collector attention these days, but this coupe stood a chance— a small one— of being rescued and put back on the street. Unfortunately, 100 neglected Corvairs compete for the attention of every Corvair lover looking for a new project, and this car lost the sweepstakes and ended up in this sad place. 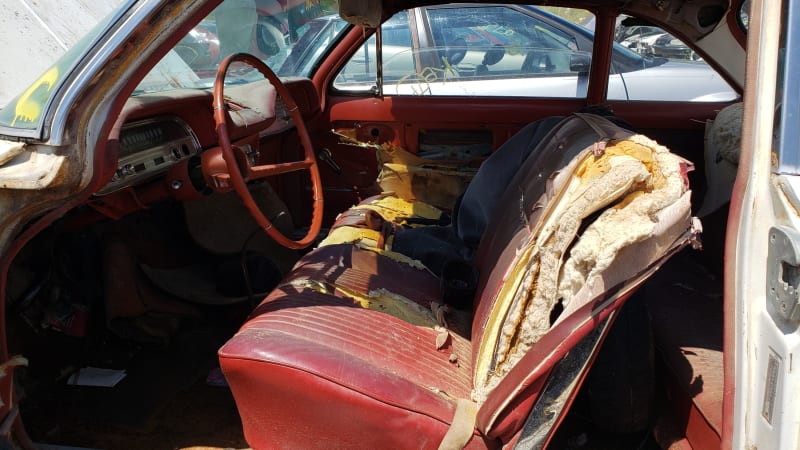 Check out those snazzy red bucket seats with the optional padded dash, plus Ermine White paint on the outside. A restoration of the upholstery and paint alone would have cost more than the value of an already-nice '63 Corvair Monza. 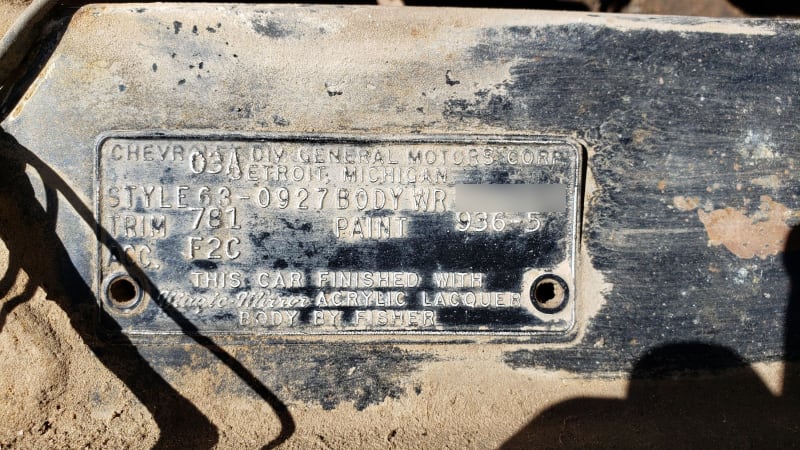 The build tag shows that this car came off the assembly line at Willow Run Assembly in Michigan. 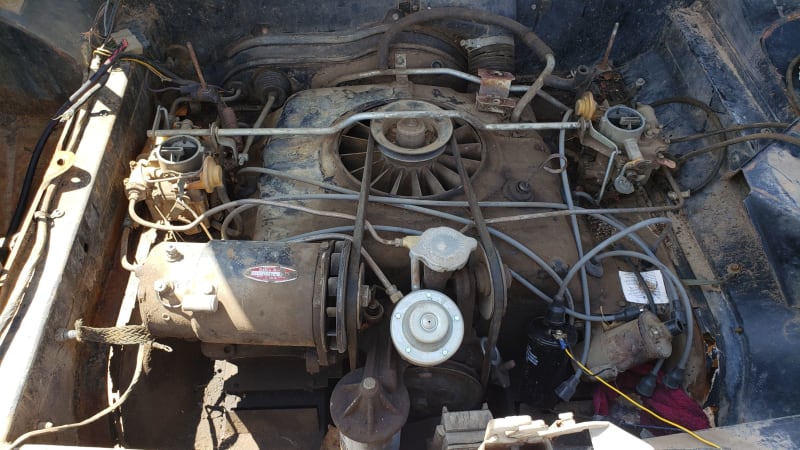 The base engine for the manual-transmission Corvair was a 145-cubic-inch air-cooled boxer six rated at 80 horsepower. The Powerglide-equipped cars got an extra four horses, and a 150-horse turbocharged version could be had as an option. This car has a 3- or 4-speed manual and no turbocharger, but it weighed just 2,415 pounds. 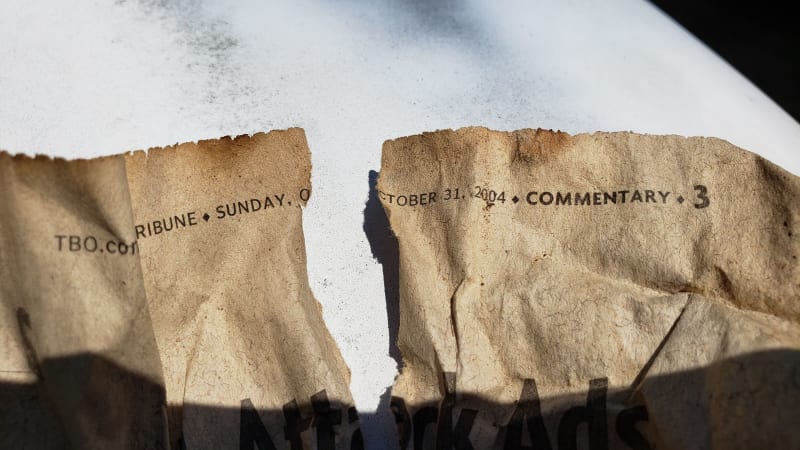 This newspaper in the frunk shows a 2004 date, so it's a safe bet that the car has been sitting for at least 15 years. 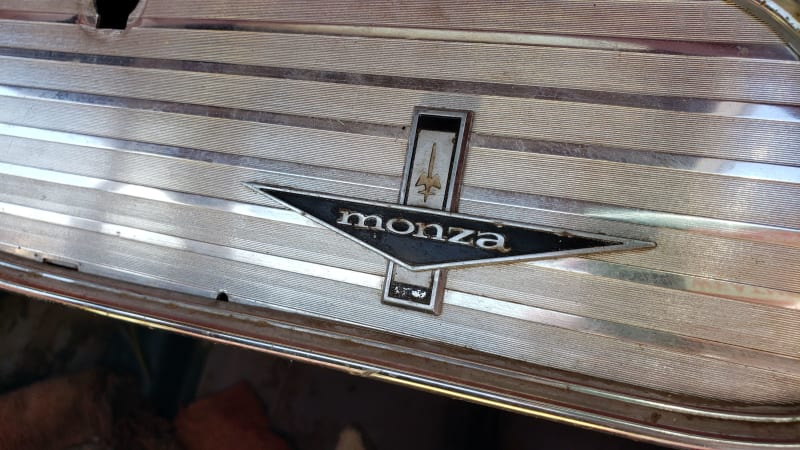 The lesson here: if you ever wanted a Corvair project, parts still exist and the cost of admission is cheap. 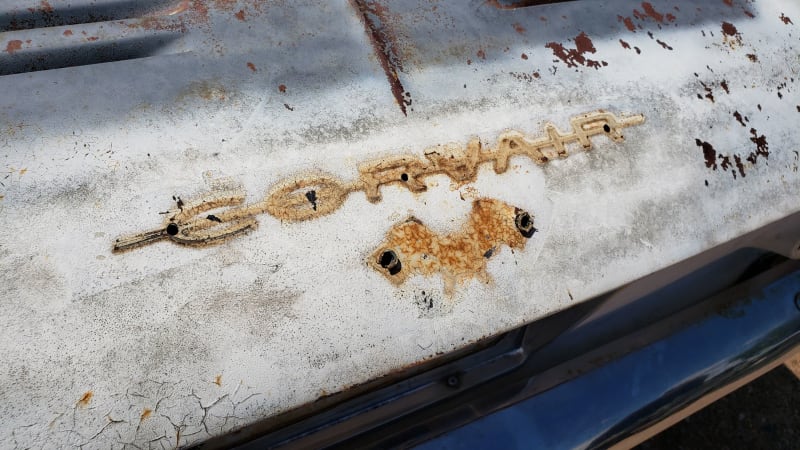 The superior sales numbers of the front-engined Ford Falcon, Plymouth Valiant, and Rambler Six led The General to develop the more traditional Chevy II compact car for the 1962 model year, which caused a drop in Corvair sales around the same time. Ralph Nader's book, Unsafe At Any Speed, didn't come out until late 1965, at which point Corvair sales had already been dropping for years, but Nader now gets the blame for the demise of GM's radical air-cooled compact car. By 1965, the Corvair's oversteer-prone swingaxle rear suspension had been replaced by a more modern IRS rig, but Chevy shoppers still chose the rock-and-stick-simple Chevy II/Nova in ever-increasing numbers.