Drive the 175-mile Schweinefiletring and eat pork sandwiches this weekend

Tony Markovich
Move over Indianapolis Motor Speedway, there's a newer, bigger, better and tastier track in Indiana. It's called the Schweinefiletring, it's 175 miles of public roads, and it has predetermined stops for delicious pork sandwiches. Shaped roughly like the famous Nürburgring, it's the setting of a charity rally taking place this weekend, June 22-23, 2019.

Put on in part by Indianapolis Cars and Coffee, The Tire Squeal is launching this year on the Schweinefiletring with the hopes of becoming an annual event. It celebrates car culture, pork culture, and the beauty of Indiana with the proceeds going to Gleaners Food Bank of Indiana. The participating restaurants have also agreed to donate 10 percent of business from the event. The goal is to raise at least $10,000. 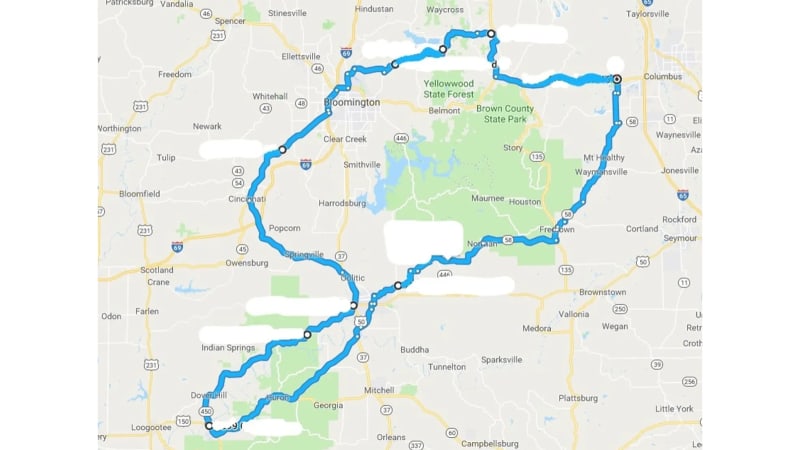 The Schweinefiletring, which roughly translates to "pork tenderloin ring," is a made-up route that mimics The Green Hell and goes 175 miles through central Indiana. (Take it from this Indiana native, there are some gorgeous hilly, twisty, wooded roads in that part of the state). The organizers have picked various spots and restaurants along the way for stops and rest. Why pork? We'll let them sell it:

"If you live here, you know the Indiana Pork Tenderloin is not just any old slab of pork on a bun. It's a larger-than-life, bigger-than-bun, hubcap-sized-grilled-or-breaded pork sandwich with the fixin's!

So there you go! Registration does not cost any money, but it does qualify drivers for prizes, which are awarded based on points. Points are earned by sending the organizers photos and updates while on the drive, which can be done in either direction at any point during the weekend. For those who aren't able to participate in the drive, you can make direct donations to the cause. Qualifying donations will earn a hat and/or a shirt.

For more information visit Schweinefiletring.com, and let us know if you drive the route!
​
X