The pinnacle of the big, slab-sided, rear-wheel-drive Detroit station wagon (preferably with fake wood body paneling) came during the 1970s, when it seemed that every American family had a Kingswood Estate or Coronet Crestwood or Country Squire in the garage (though I grew up then, my family had a '73 Chevy Beauville van instead of a wagon). Such wagons still rolled out of showrooms during the 1980s (though a pair of oil crises had taken a bite out of their popularity by that point), and I found a good example of one in a California wrecking yard, royal-sounding name and all. 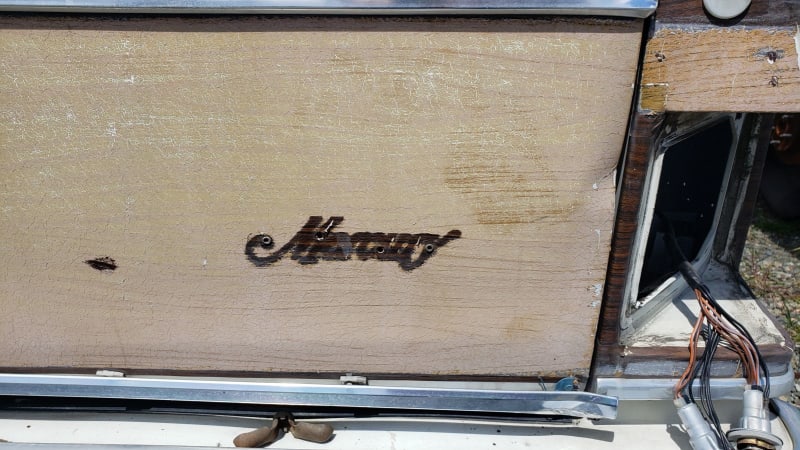 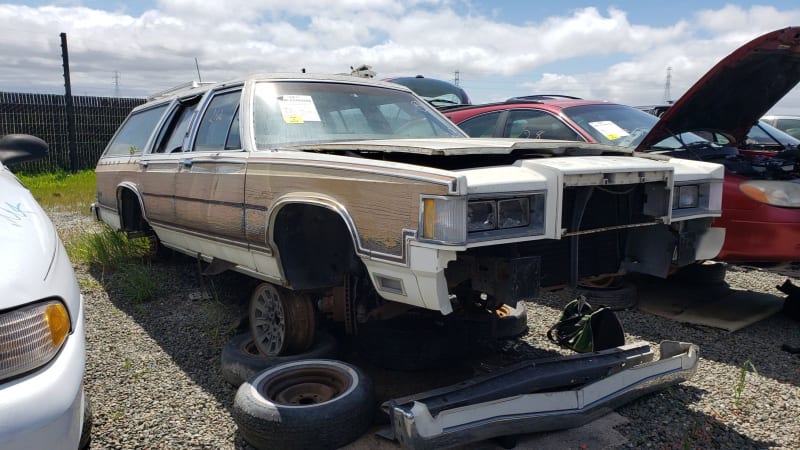 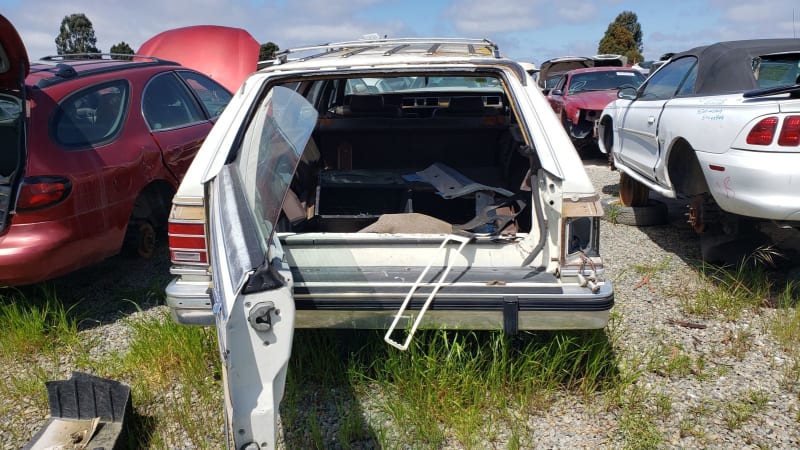 The regular Marquis had split off from the Grand Marquis for 1983, with the former a midsize car sharing the Fox platform with the Mustang and the latter a sibling to the full-size Ford LTD Crown Victoria (not to be confused with the Ford LTD, which rode on Fox underpinnings). 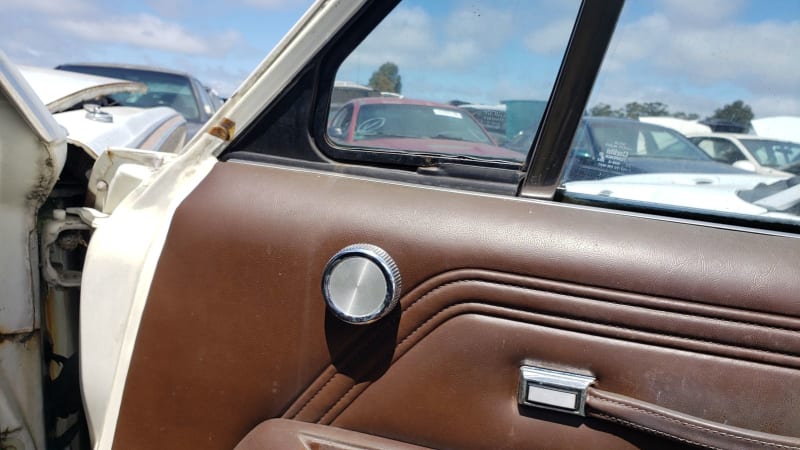 The traditional smoker's vent window seemed crucial when Dad chained unfiltered Pall Malls during family road trips, and the Grand Marquis kept this feature until the 1992 redesign. At that point, the station wagon Grand Marquis went away (because wagon shoppers had switched to Ford Explorers and the like) and the Grand Marquis stayed sedan-only all the way until Mercury's demise in 2011. 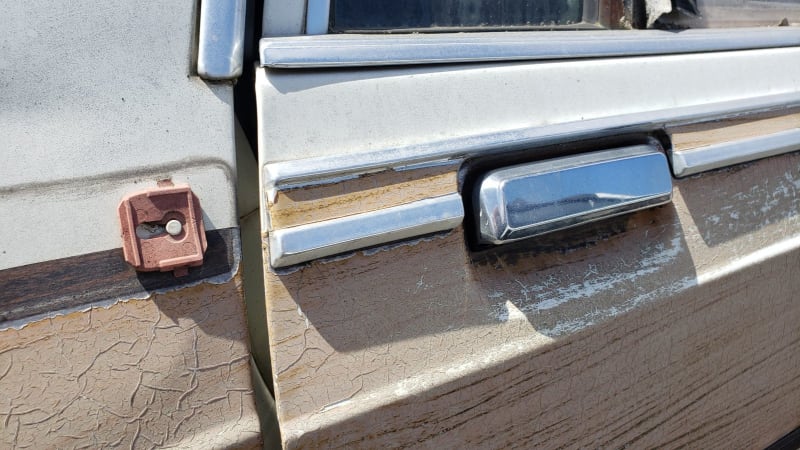 The California sun really brutalized the "wood paneling" on this car over the decades, but you can still make out the grain. 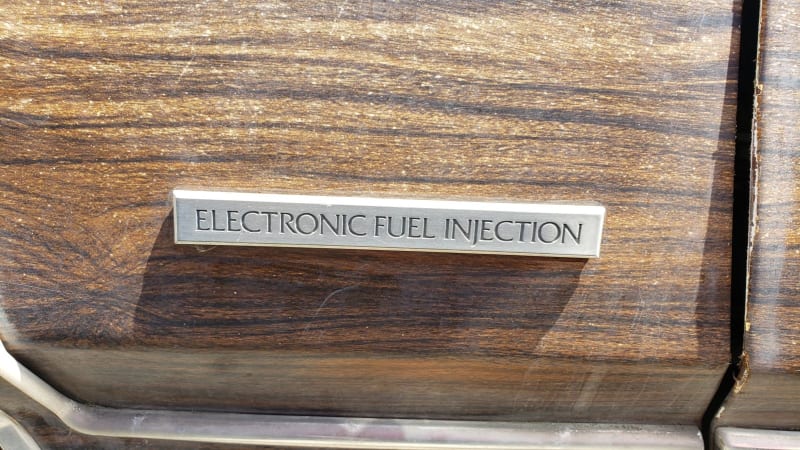 I couldn't find a commercial for the '83 Grand Marquis, but here's one showing its Ford-badged counterpart. Just substitute "Lynx, Marquis, and Grand Marquis" for " Escort, LTD, and Country Squire" for the cars in this ad and you'll have it right enough. 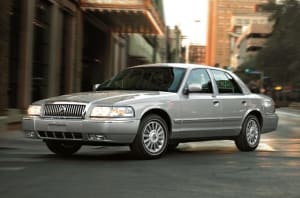