How to deal with problem rideshare customers

First and foremost, be proactive

Ridester
This article was written for Autoblog by our friends at Ridester, a terrific resource dedicated to helping rideshare drivers maximize their potential, as well as providing news, information and money-saving promotions for drivers, riders and other participants in the bourgeoning gig economy.

Why? Because in the gig economy, customers have the ability to rate you and a bad rating can not only ruin your day it can be the end of your job. A good rating on the other hand can mean more and higher-paying jobs. Most gig workers consider each and every customer rating to be of great significance.

When just a handful of bad ratings can lead to deactivation (or what was once called "getting fired"), workers have to think long and hard before telling a problem customer off. So it's best to be prepared ahead of time and put in some thought before you're in the situation as to how you'll handle it.

The problem for gig workers is that even problem customers can rate us. And the algorithms that control our lives don't take any notice that the customer who is rating us might not always understand the system.

The first thing you should think about before you get into a bad situation is this: in what types of problem-customer situations would you be willing to give up a five-star rating?

That's an important question because a lot of times our safety is at stake. For instance, in my early days of driving for Uber, I had a problem customer, (who was drunk, of course), who tried to sneak five people into my four-passenger car. Personally, I wouldn't have minded taking them but unfortunately for them, the law wasn't on their side.

There are very strict laws in my state, as there are in most states, against carrying more people than your car has seatbelts for. The penalties for breaking that law are quite severe and I wasn't willing to risk it — especially since the town I was in that weekend was full of cops on the lookout for exactly that: cars loaded up with too many drunks.

So, I had to ask myself, what was more important, fines and points against my license or a low rating? A low rating wasn't good for me at that point because I was new and didn't have too many ratings to start with. So a low one could really bring my average down. But, carrying these people in my car was indeed a safety risk, and if something did happen I'd never be able to live with myself. If I got stopped by a cop it would have cost me thousands of dollars in fines and higher auto insurance premiums for the next several years.

Therefore, the decision was very easy in that case. I told the drunks I wouldn't be able take all of them. Unfortunately, I had already started the trip before they tried to sneak the last person into the car and that meant they would be able to rate me after the trip was cancelled. But there wasn't any question — the potential consequences of breaking the law in this case were far too high for me to risk it. The potential downside for taking them was far greater than the downside of a single low rating.

They did end up giving me one star for the trip which really frustrated me. The unfairness of it all. They rated me one star because I wouldn't go along with their little law-breaking scheme. And that infuriating lifeless algorithm that controls our lives wouldn't allow me to call and give my side of the story.

The moral of the story is that you need to prepare yourself for the reality that there will be times when you'll have to sacrifice your rating for safety, legal and other reasons that have consequences which are far more serious than a single bad rating. So, it's good to think about that ahead of time and be prepared when the time comes to sacrifice your rating in order to do the right thing. 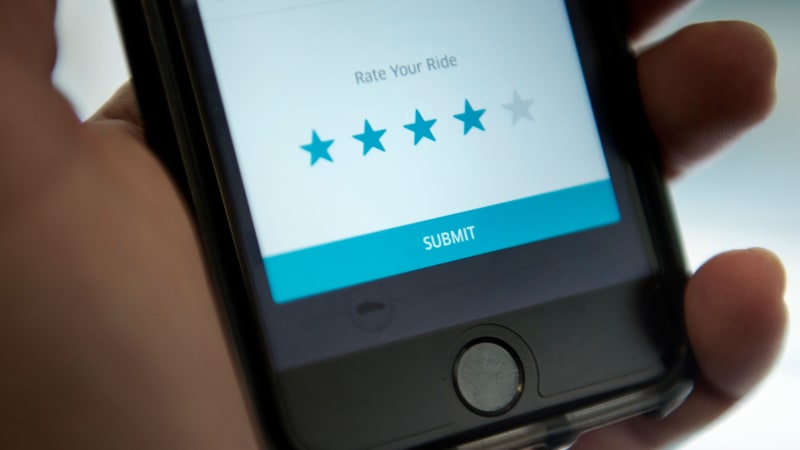 Another thing you should think through ahead of time are what customer-service principles are you going to live by? In the traditional economy there were several iron-clad principles that people who worked in retail, hospitality and other public-facing jobs generally agreed to and followed.

Never say no to a customer doesn't necessarily mean you're going to accept every request they make. It just means that if you do have to say no, you should try to figure out a way to make it sound like you're saying yes.

For instance, if you're driving for Uber and you pick up a passenger who's in a rush to get to the airport and they suggest a route that your GPS shows will take 10 minutes longer, don't say, "No, we shouldn't go that way." Instead, say something like, "I'm happy to go that way if you like, but my GPS is showing it will take 10 minutes longer." That way you've actually said no but you've done so in such a way that they feel like you've helped them.

If you're hosting Airbnb guests and they ask you to change their linens every day, first think: the customer is always right and never say "no" to a customer. That will stop you from saying, "no, that's not possible" and it will give you time to think of a way to put a more positive spin on it.

You may come up with something like, "Sure, I'd be happy to change your sheets every day. There is a $15 cleaning fee if you'd like me to." That way you've turned a cold "no" into a warm and fuzzy "yes"! And you've given yourself an opportunity to make a little more money.

In both of these examples you will have diffused what potentially could have become a bad situation which could have easily led to one-star ratings. 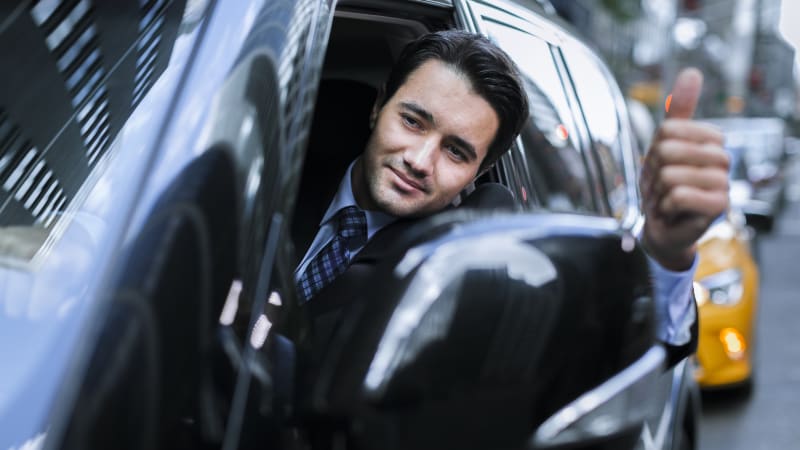 The next two principles, never raise your voice or use foul language in front of a customer, are cardinal rules that should never be broken. No matter how wrong the customer is, no matter egregious their behavior, in 99% of the cases it is never necessary to raise your voice or curse. If you plant these two principles deep in your mind they will save you untold trouble and many low ratings.

In almost all cases, raising your voice or cursing will escalate a bad situation into a worse one. Remember, when you're with a customer, don't take things personally. It's not about you and it's not about protecting your dignity. Your only goal when you're with customers should be to minimize conflict at all costs — even if it means taking a little hit on your pride. If you keep this top-of-mind when you're working with customers, your ratings will be sky high.

This one's subtle, but it is important and it will help keep things on a more civilized and professional level between you and your customers. When you dress professionally, you show that you take some pride in your work and that you care about your customers.

That in itself is enough, in many cases, to make problem customers think twice before causing you trouble. Remember, that customers tend to look down on service people when they dress like slobs but they tend to respect them when they dress professionally.

The best strategy for handling problem customers comes from the proactive view of avoiding and minimizing the chance of problems in the first place. Following the principles we've discussed will help keep 90% of your problem customers from devolving into out-of-control situations.
X