The first generation of the Regal to get Buick's GS treatment. In the middle 1960s, The General's Buick Division was known for its well-built cars, positioned just a step below Cadillac in the GM prestige hierarchy and popular with successful businessmen of the not-so-flashy sort. To snazz up the division's image for the 1965 model year, Buick's overlords created the Gran Sport high-performance package for the Riviera and Skylark. During the ensuing decades, various models of Buick got GS-ized, with varying ratios of actual-versus-image performance. The first generation of the Regal to get the GS treatment was the 1988-1996 third-generation car; here's a hard-to-find '95 rusting peacefully in a Wisconsin wrecking yard. 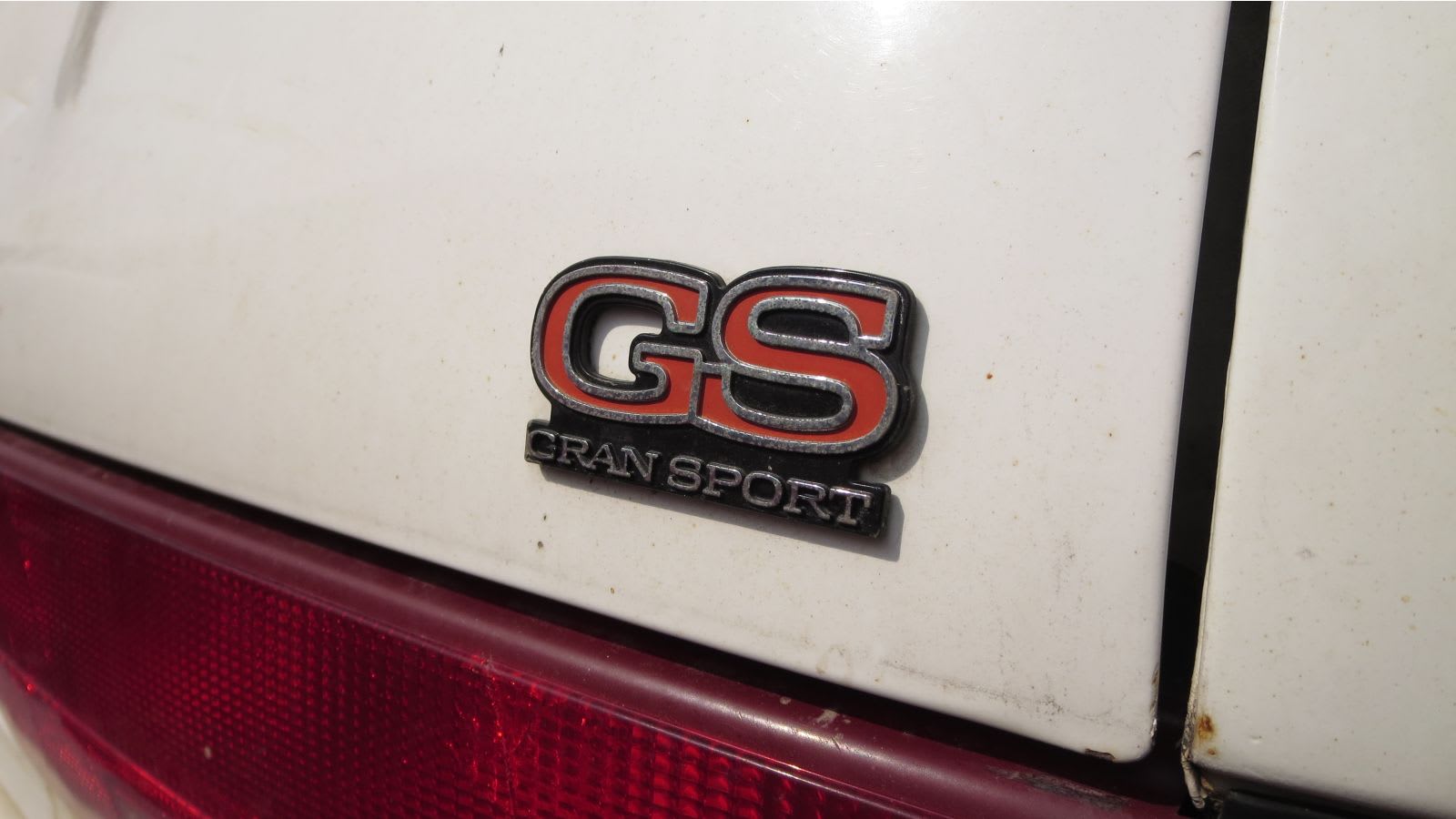 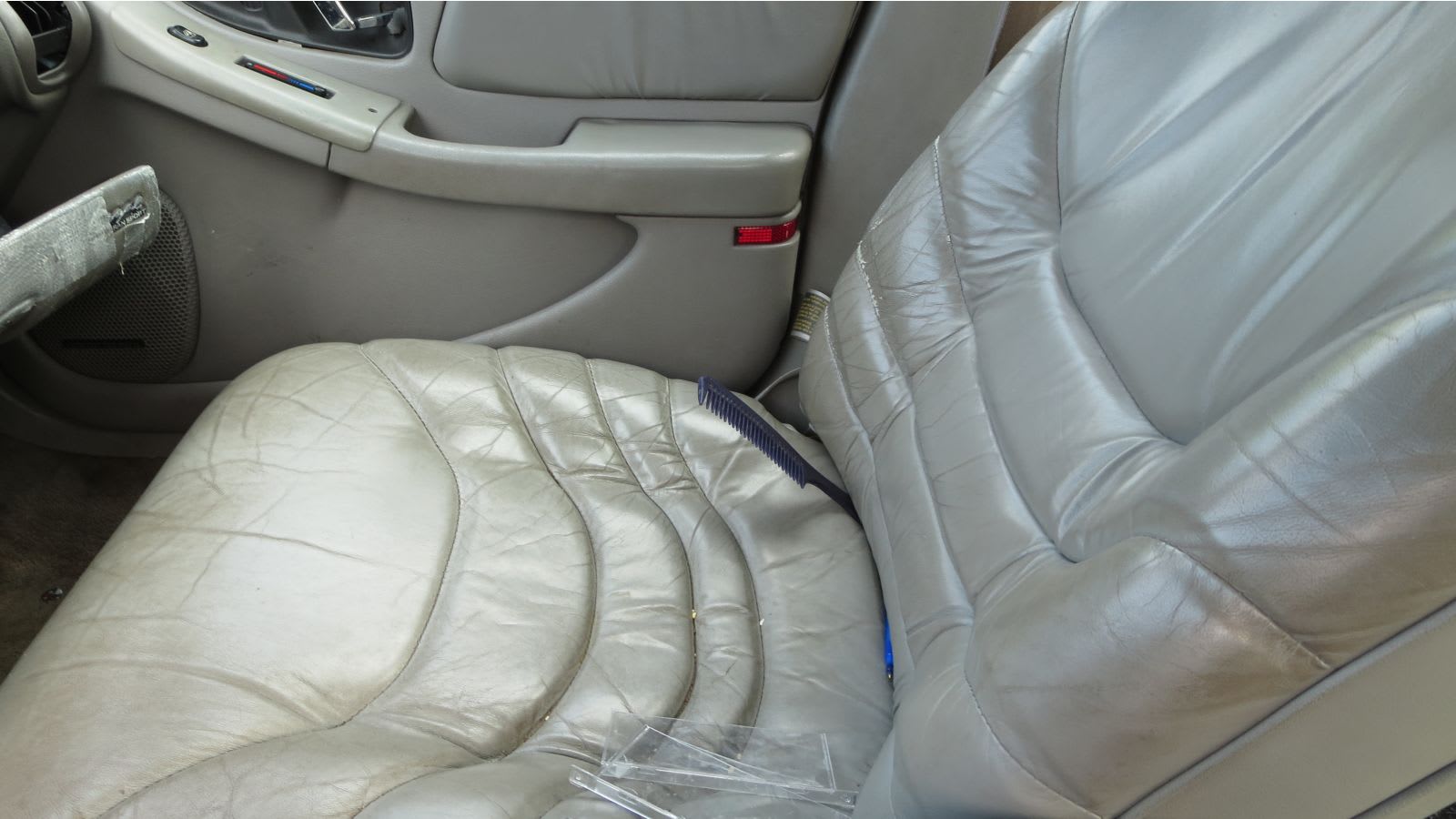 The third-gen Regal GS did get a stiffer suspension and a plush interior, though. The passenger seat comb was optional. 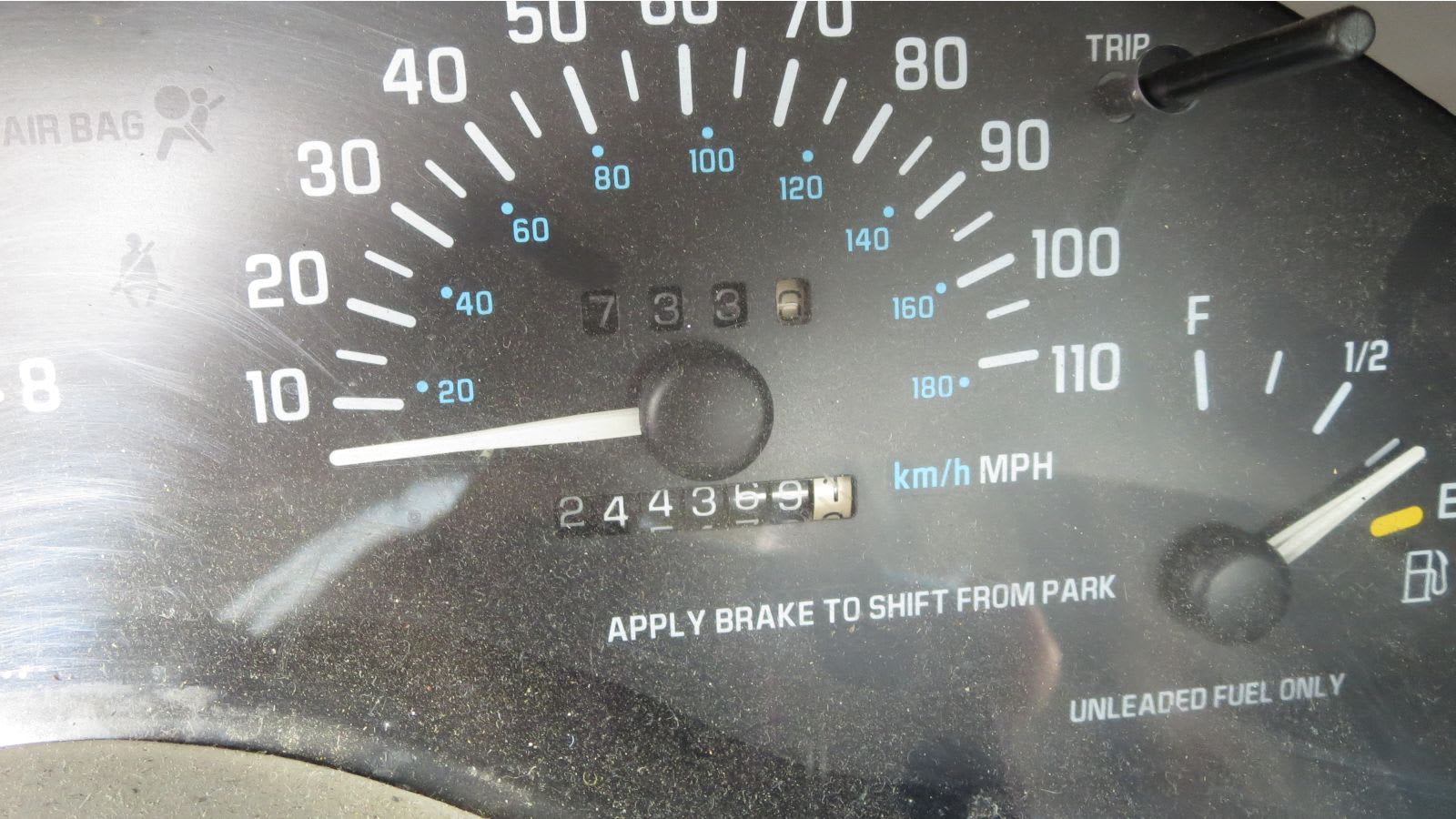 This one turned an impressive 244,369 miles before (presumably) Upper Midwest body rust reduced its value to near-scrap levels. 110 mph seems like an unusually arbitrary speedometer top speed. Perhaps 180 km/h was the main specification for this gauge. 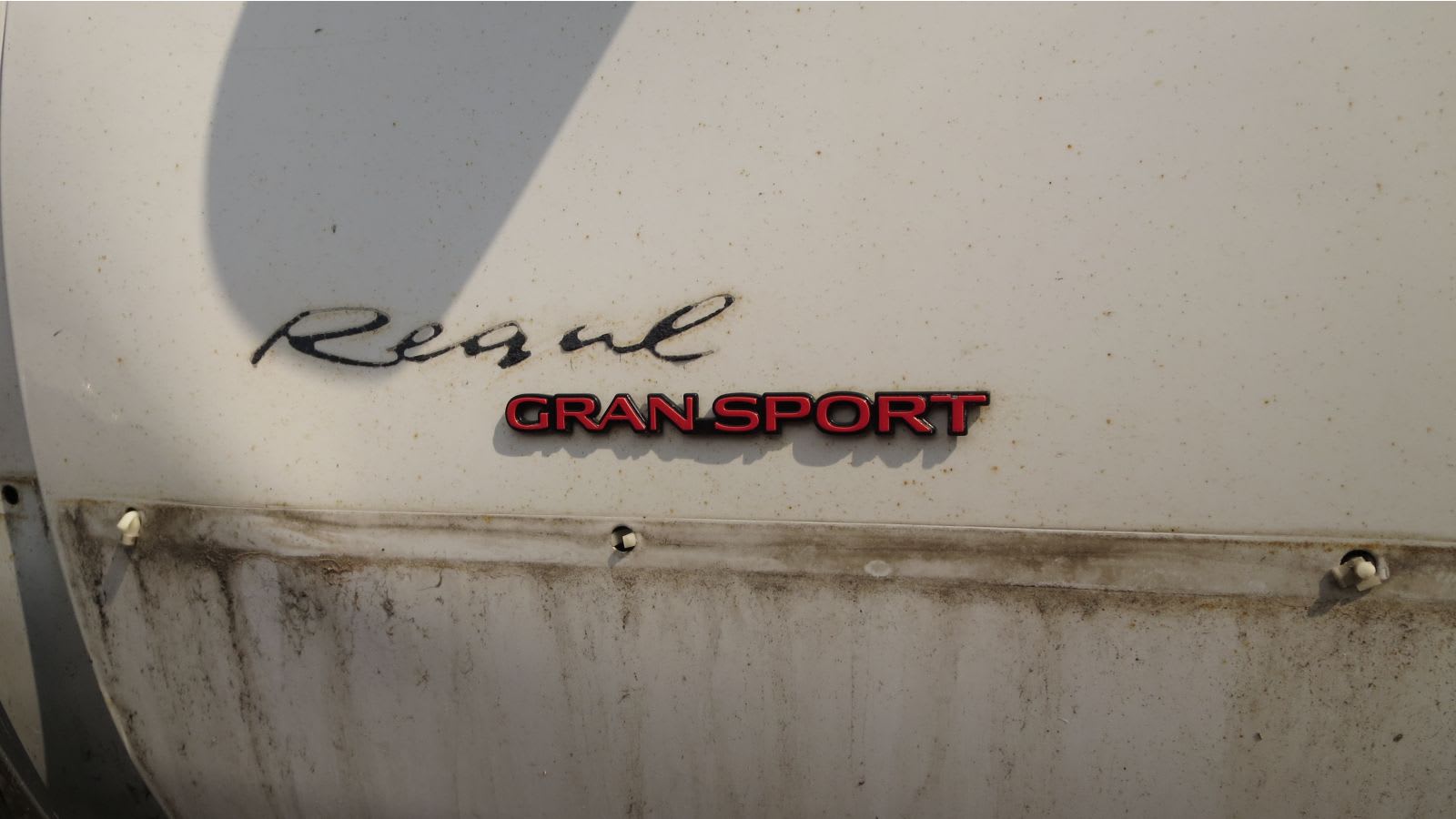 Buick still sells a Regal GS, of course, and it boasts nearly twice the horsepower of today's Junkyard Gem. 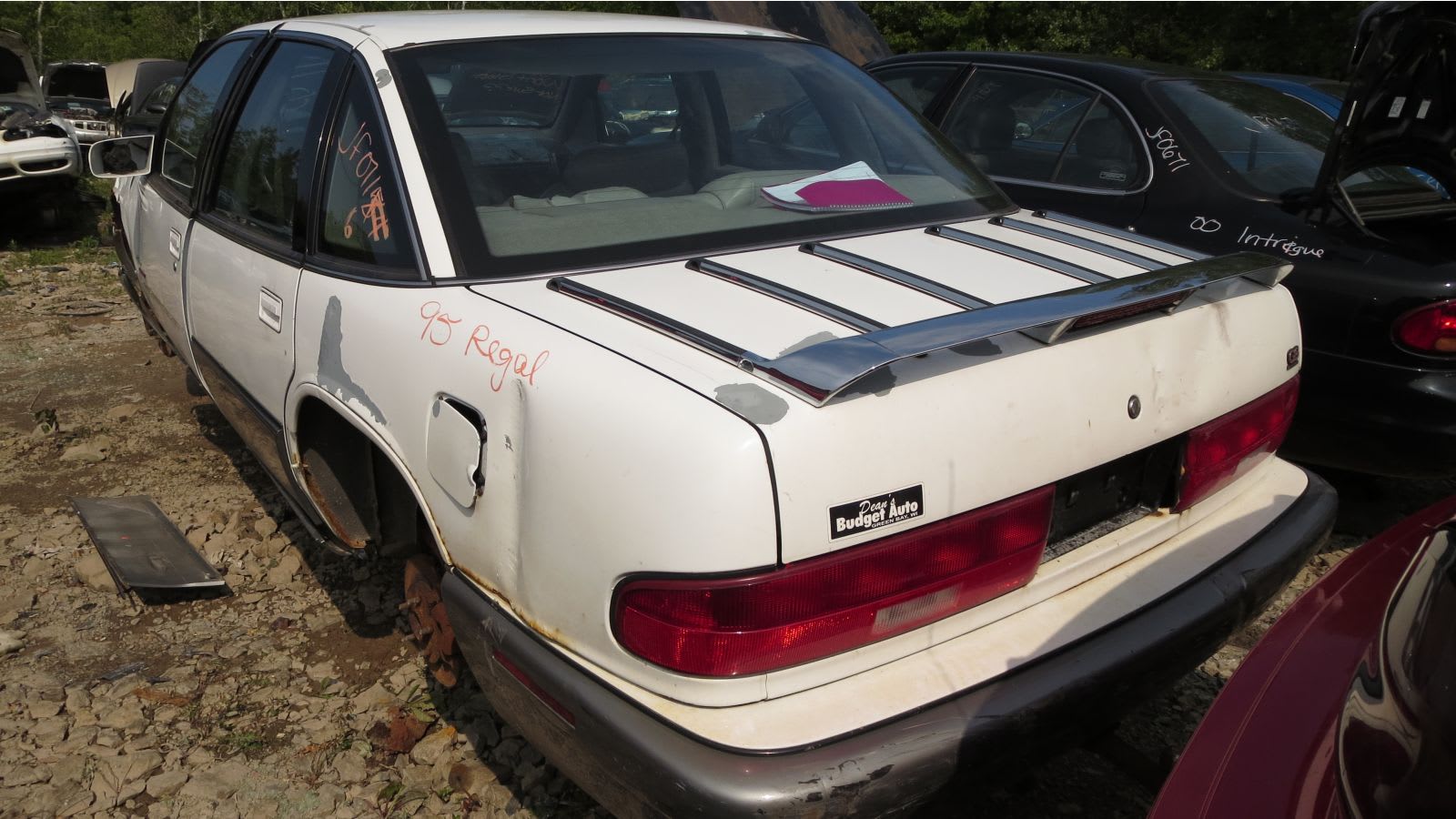 Still, this was one of the sportier Detroit sedans you could buy in 1995, and this particular example served its owner or owners very well for close to a quarter-century.