Not just a Brougham. A ROYALE Brougham! The General's Oldsmobile division built boxy, plush, rear-wheel-drive Eighty-Eight sedans from the 1959 through 1985 model years, following a decade of curvy, plush, rear-wheel-drive Eighty-Eights. Production continued after 1985, but we will not speak of the metric-system-contaminated, front-wheel-drive besmirching of this classic American car that once inspired the very first rock-n-roll song. Those Eighty-Eight's lines looked like they'd time-traveled a couple of decades forward, but Olds shoppers still bought them. Here's a luxury symphony in refrigerator-white paint and red velour, found in a Denver self-service wrecking yard. 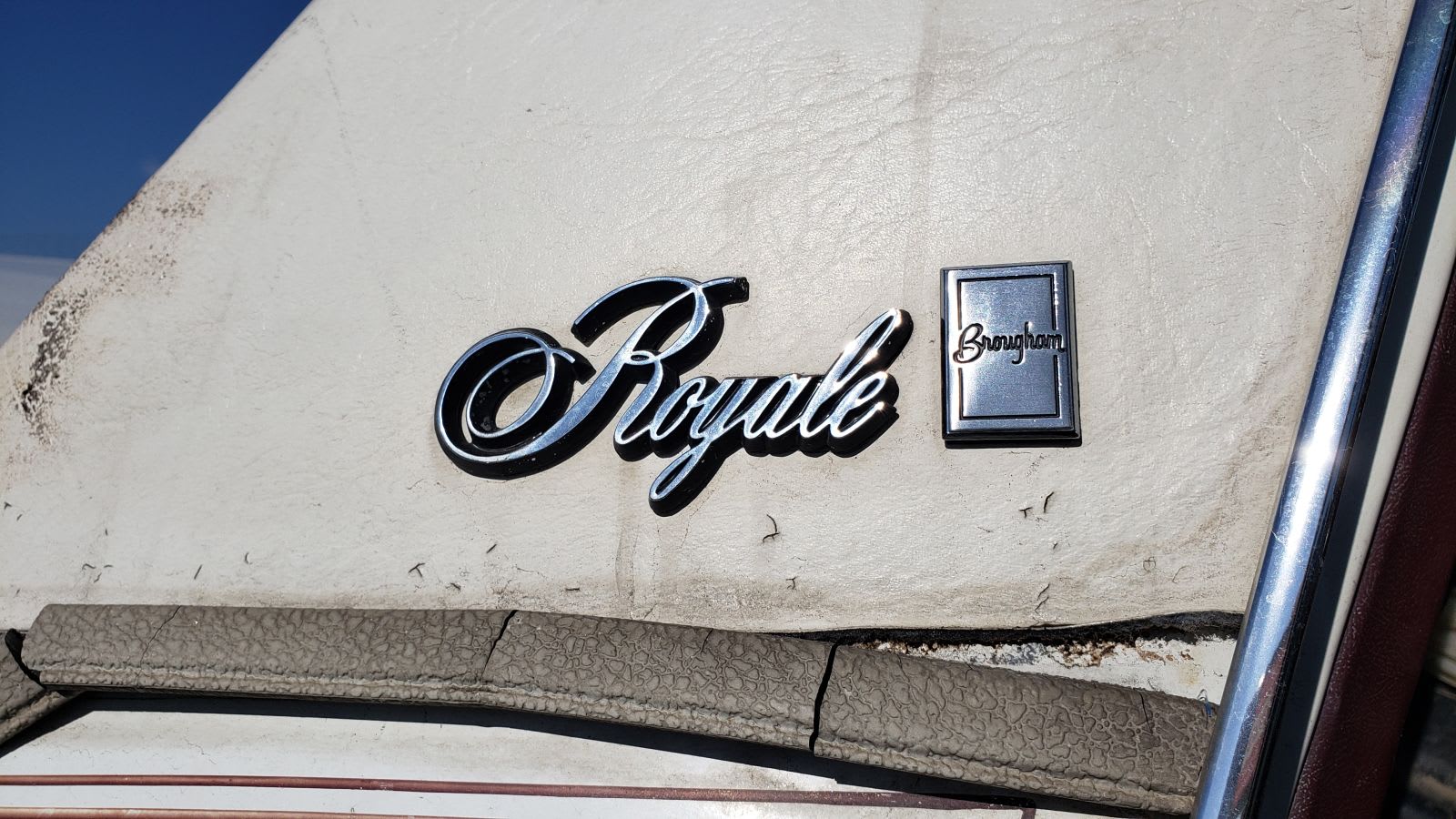 You could get a regular Delta 88 Royale in 1984, but the original buyer of this car sprang for the top-of-the-line Royale Brougham, loaded with red pinstripes, vinyl roof, and just about every option available. 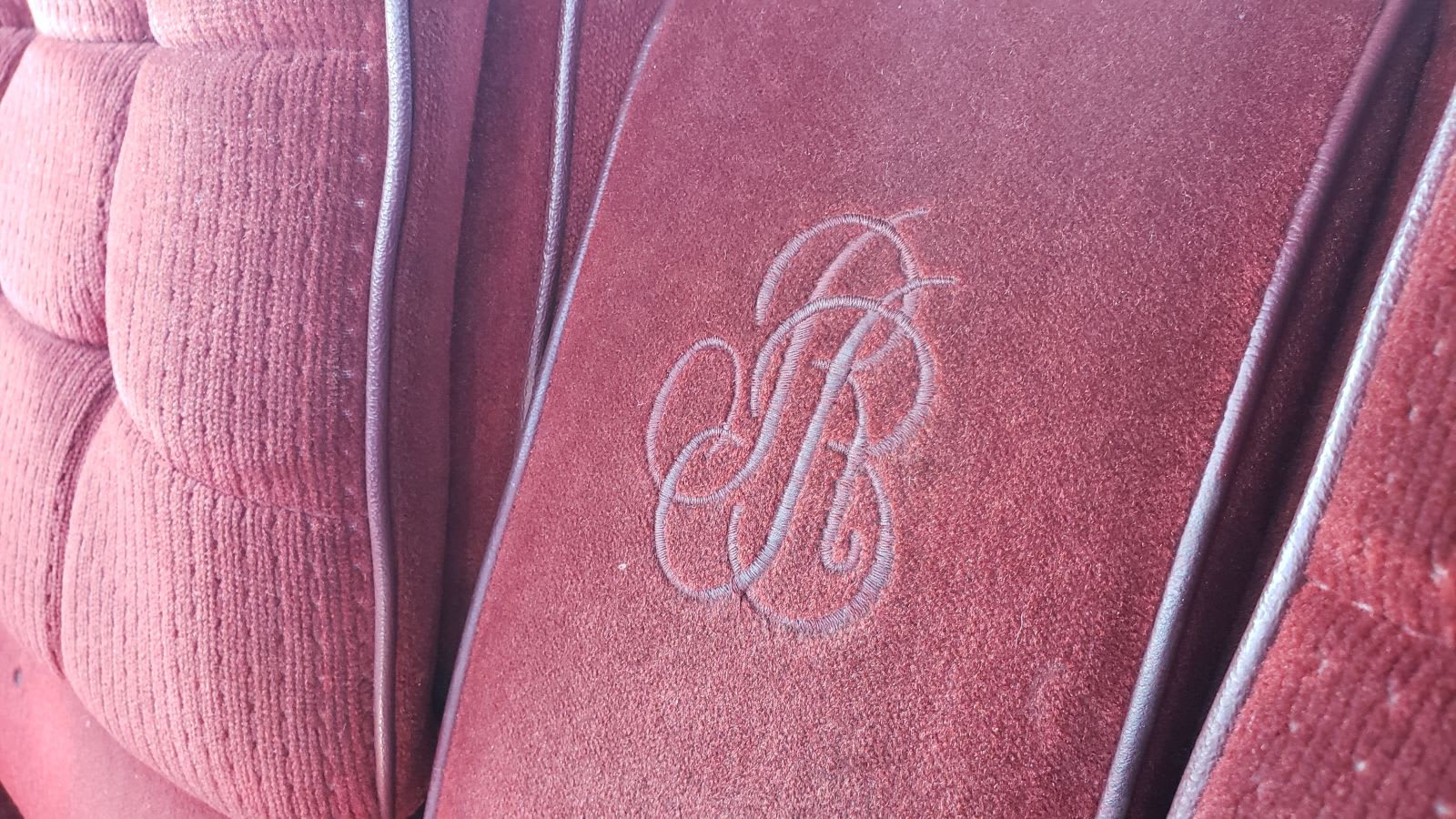 Bordello Red interiors were all the rage during the 1980s, but this one stands out with classy "RB" embroidery on the velour-covered seats. 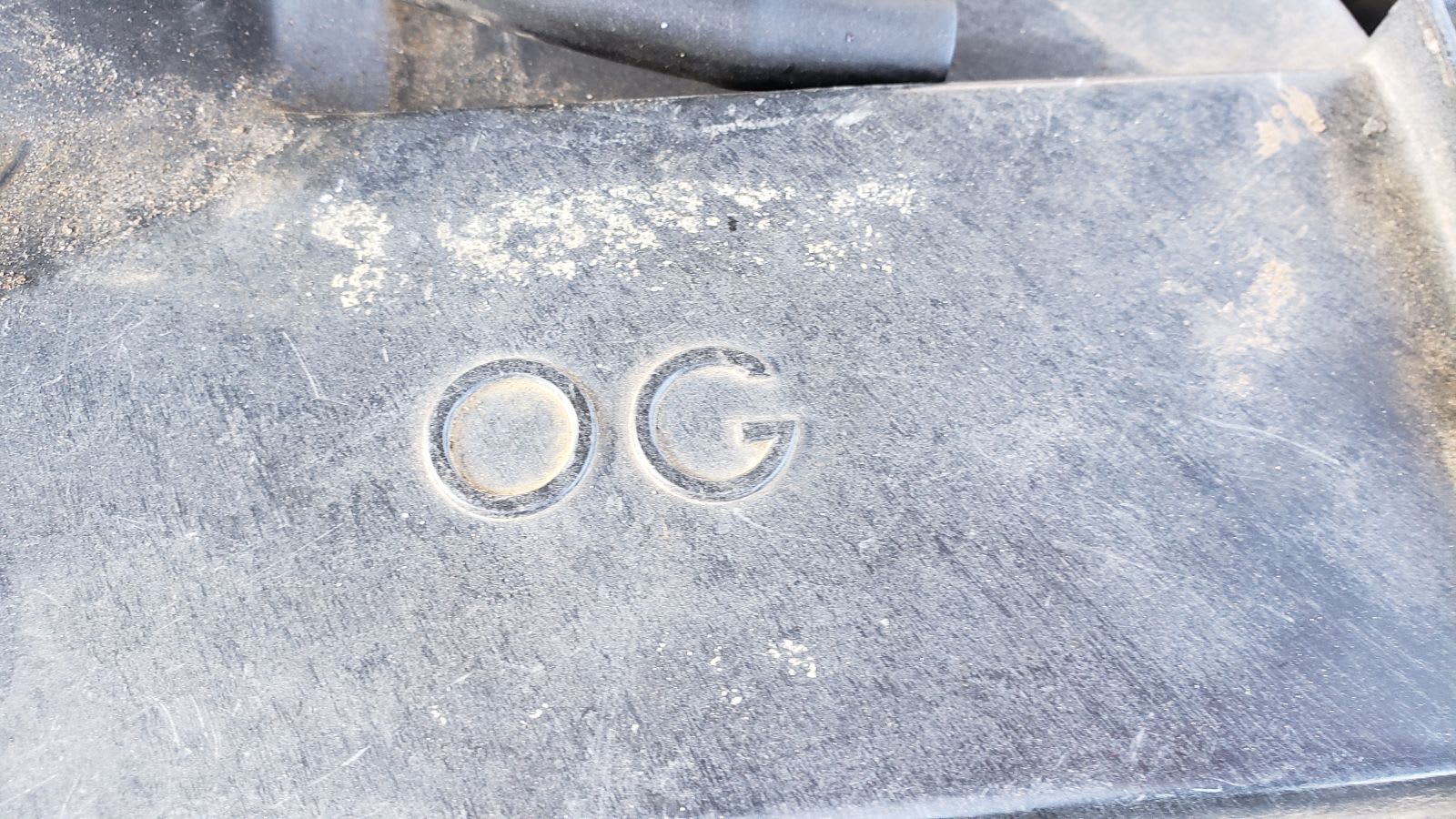 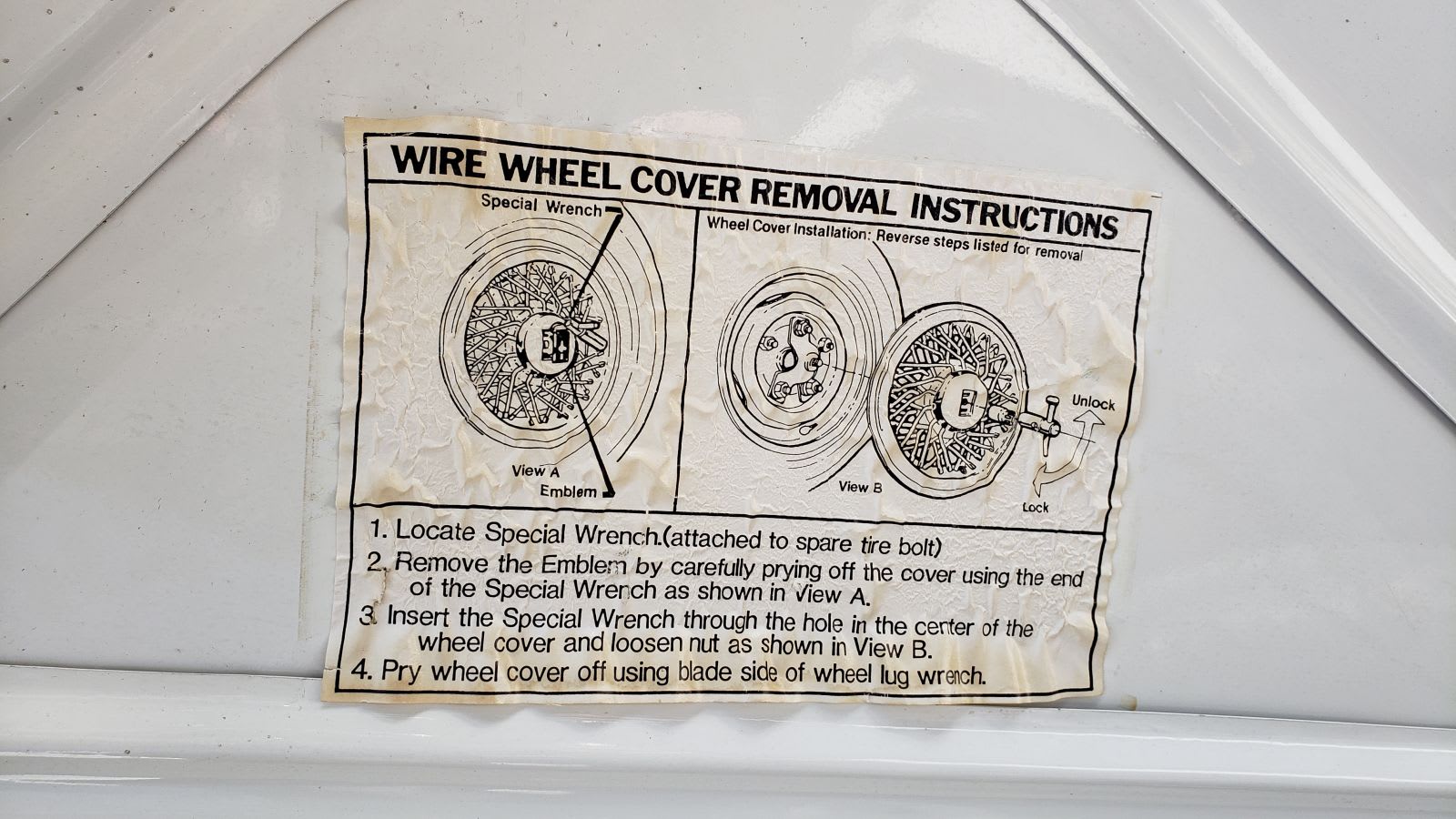 These "wire wheel" covers tended to rattle after a few years on the road, but they looked very nice. 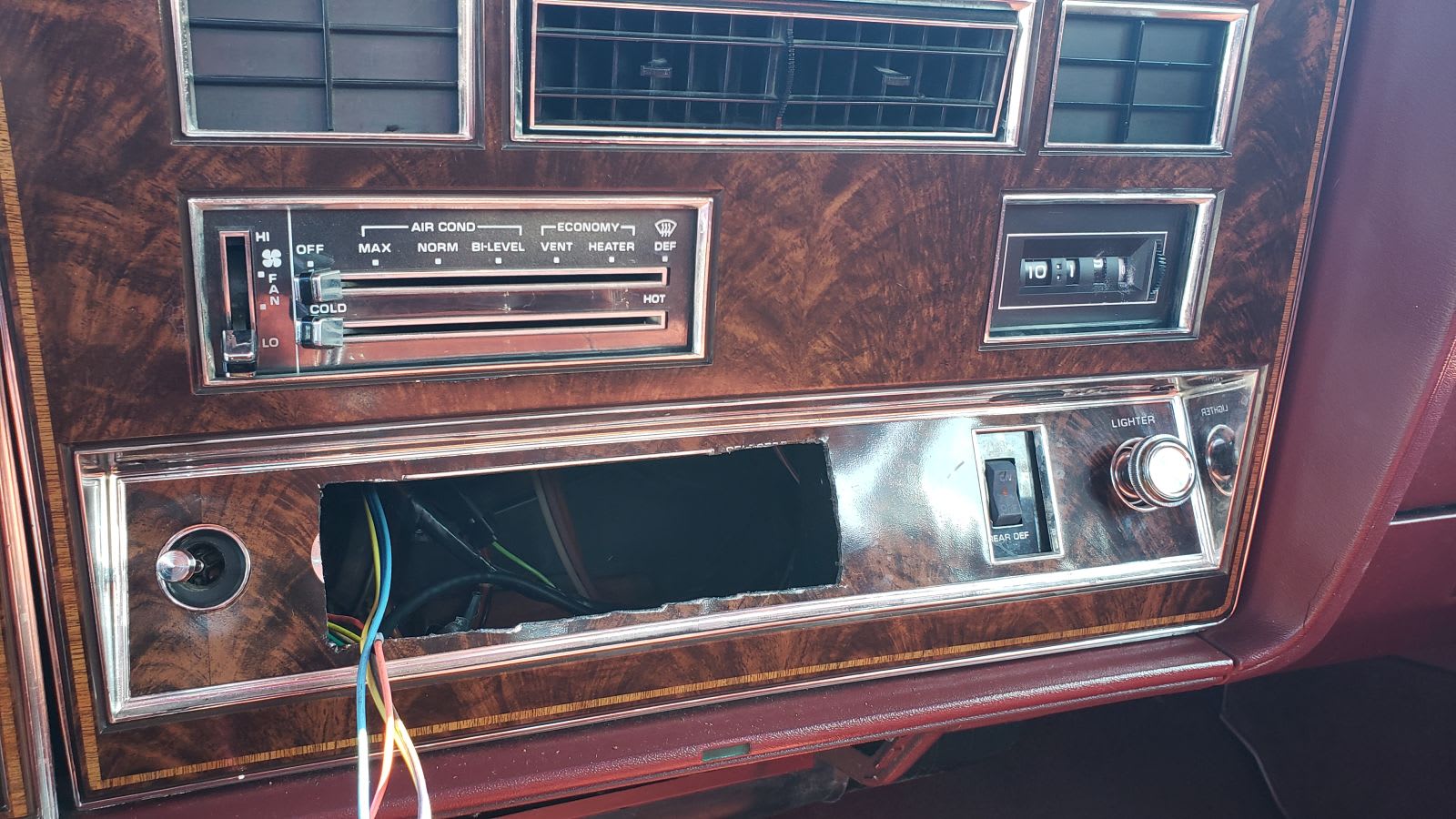 The dash features many square feet of fake wood, plus a "digital" mechanical clock. Yes, I literally bought the clock, and it works! 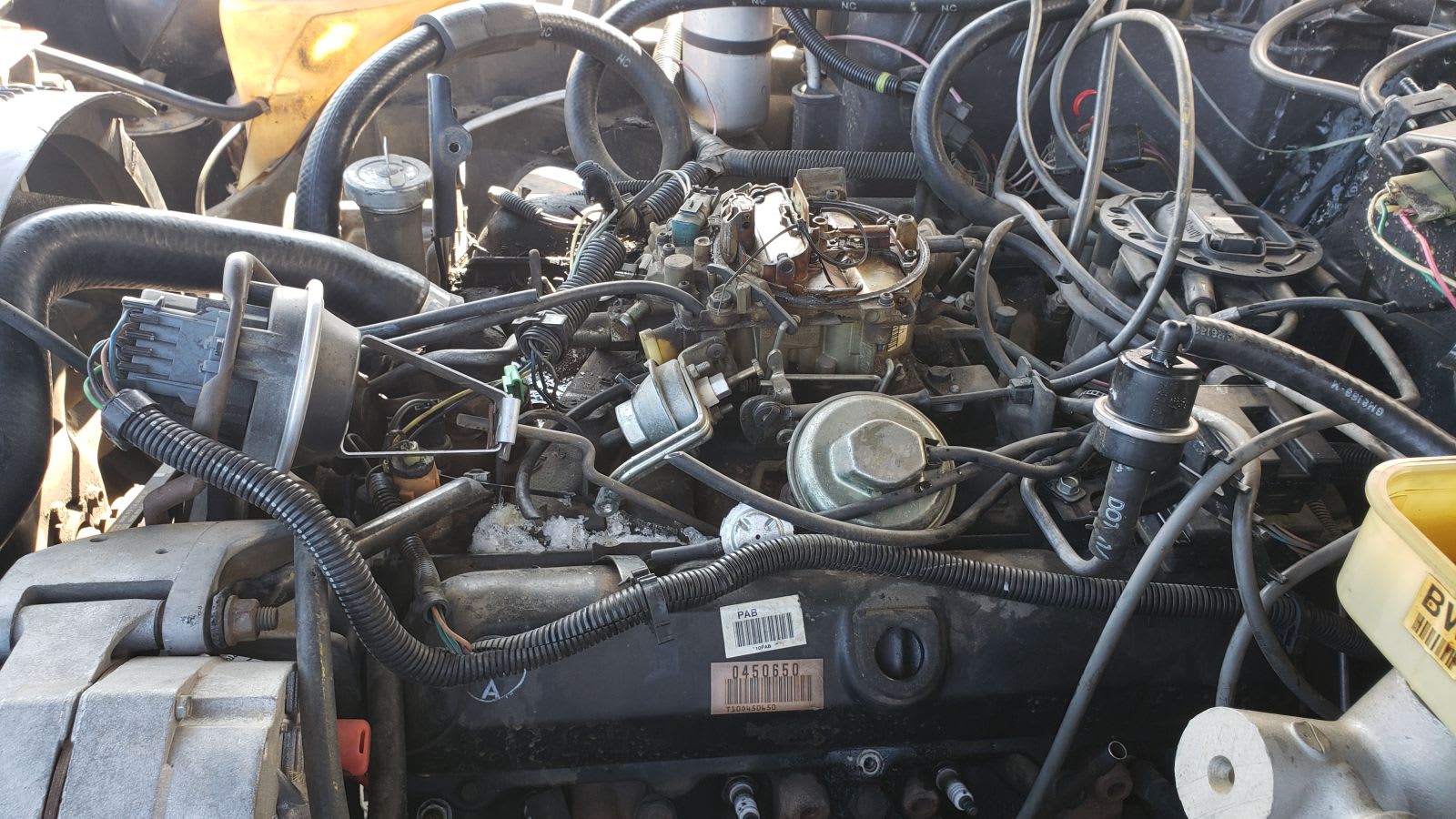 The base engine on the 1984 Delta 88 was a 3.8-liter Buick V6 rated at 110 horsepower, which made for very gentle acceleration in the 3,635-pound Royale Brougham (yes, this huge-looking car weighs about the same as a new Impala). The original purchaser of this '84 wasn't going for any low-zoot V6, however, and laid out the extra bucks for the 5.0-liter Oldsmobile V8, which made 140 hp. In case you're interested, this engine had to haul 25.96 pounds with each of its sweaty, straining horses, while the 2019 Mitsubishi Mirage's three-cylinder pulls just 25.87 pounds per horse. Times have changed. 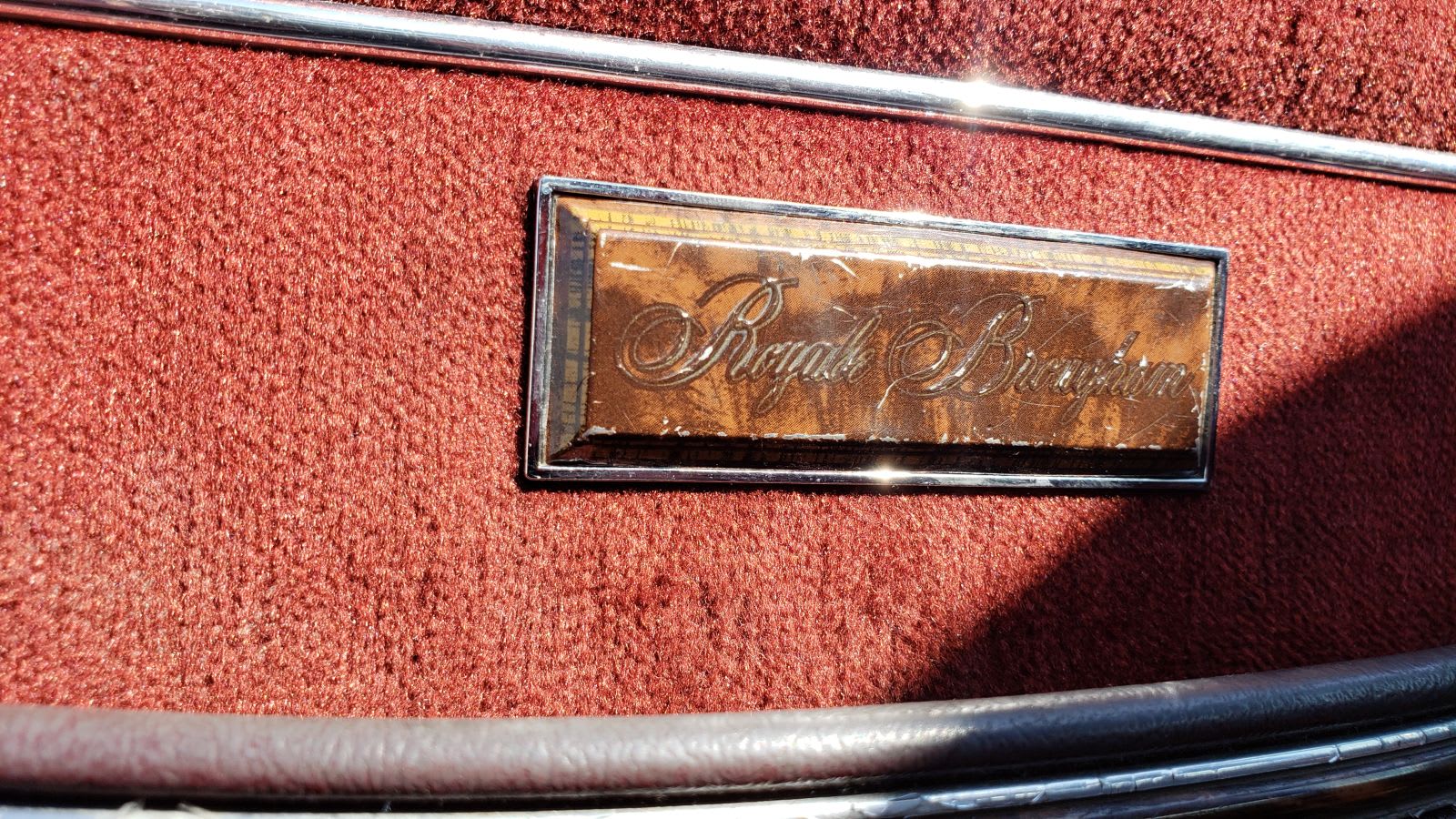 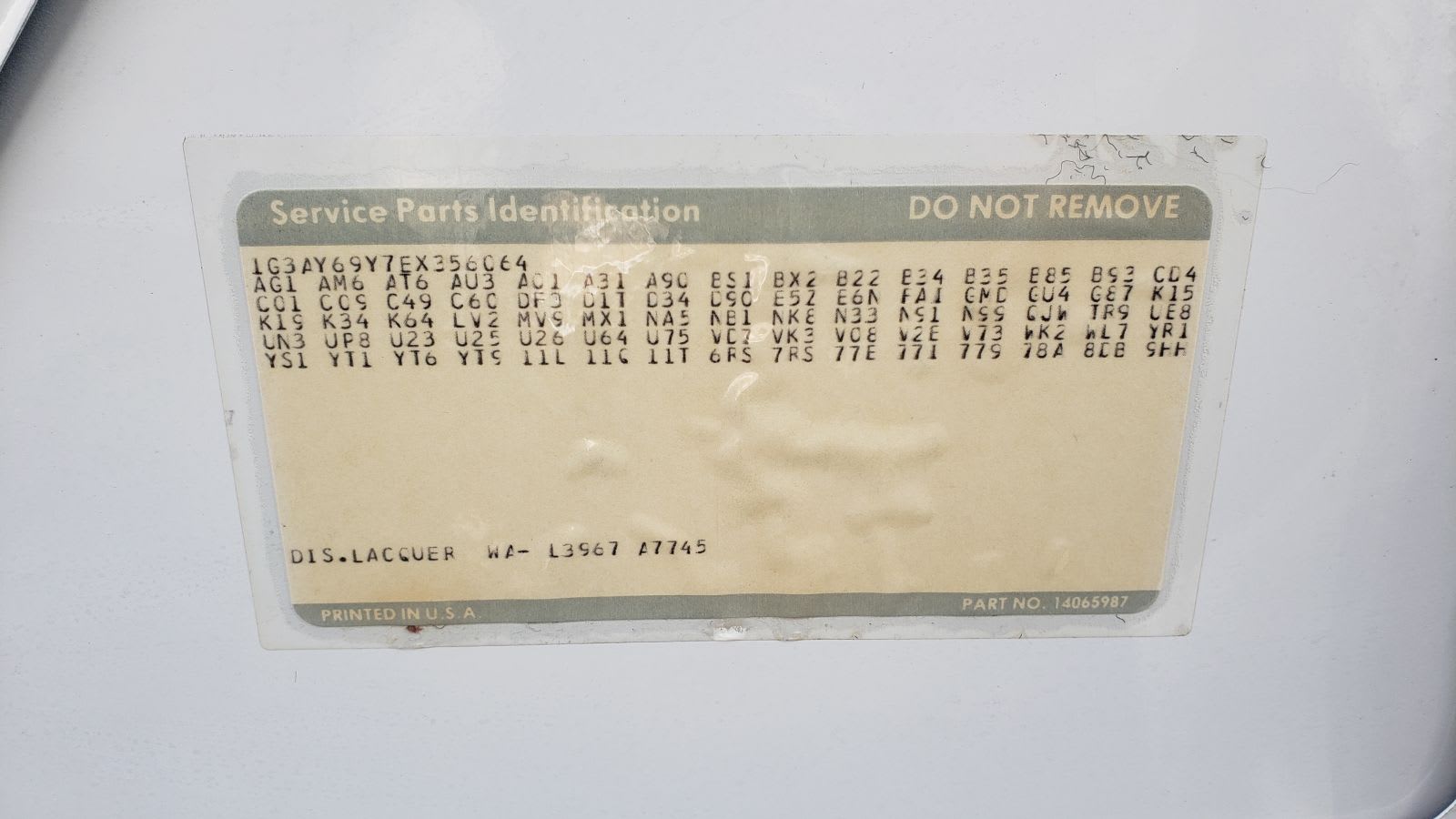 If you feel like researching those options (conveniently listed on the sticker inside the decklid), you can refer to the RPO Codes Decoding page and check them out. AG1 is the six-way power split bench driver's seat, G87 is the 8.5-inch differential ring gear, U75 is the power antenna, and so on.

1985 was the last model year for this version of the Eighty-Eight, and the "Gallant Men of Olds" would give you a great deal on one.