Complete with sequential manual transmission and no automatic mode

During my junkyard journeys, I see Toyota MR2s here and there, mostly of the first-generation 1985-1989 type. The final iteration of the MR2 was sold in North America for the 2000 through 2005 model years; sales never matched those of the earlier cars and the few that still exist seem prized by their owners for track-day duties, so I don't see many in wrecking yards. Here's a 2002 model in a Northern California self-service yard. 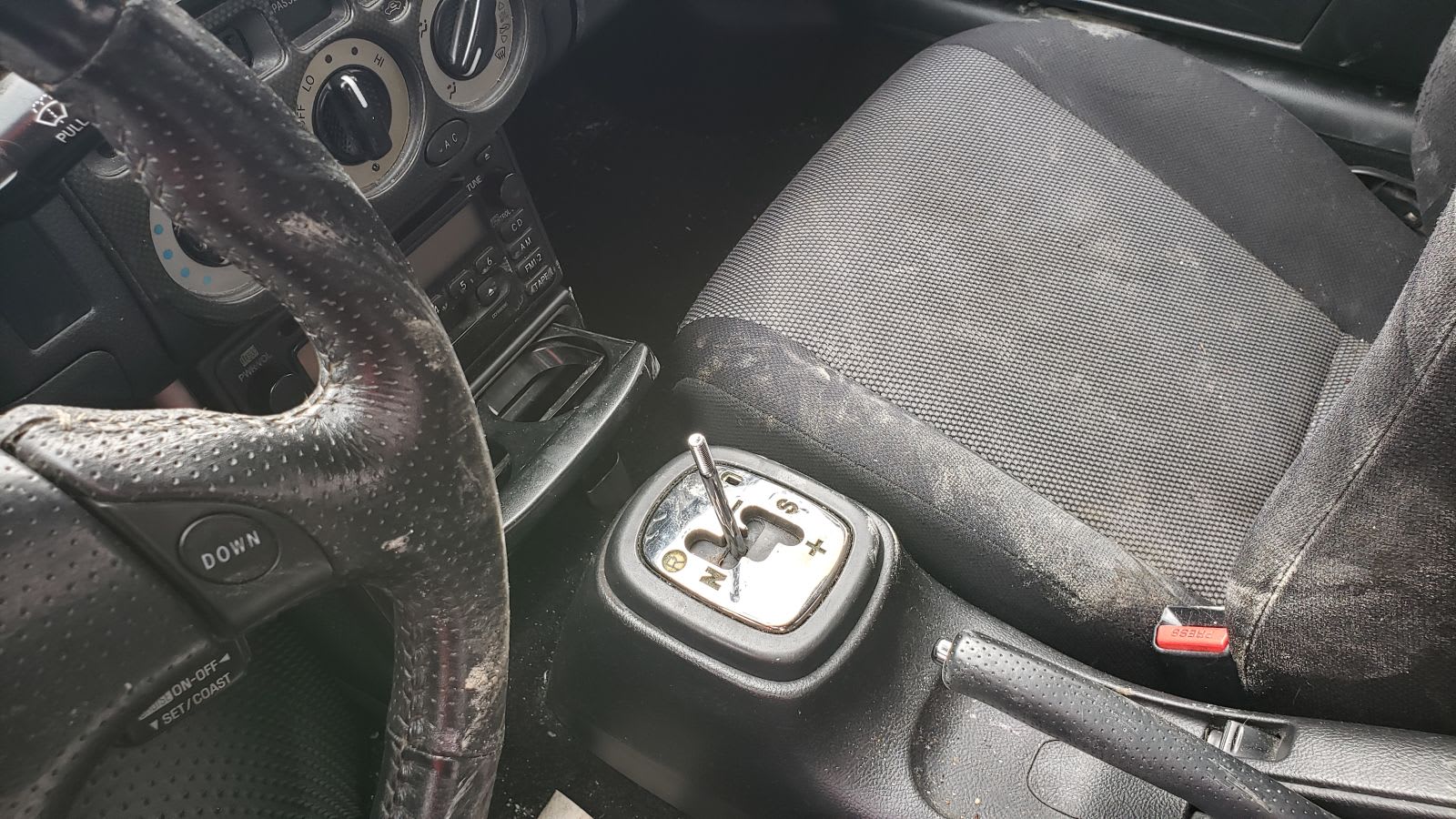 2002 was the first model year for the five-speed sequential manual transmission in the MR2, and this car has one. Up until that time, those insisting on SMT shifting had to buy a costly exotic. 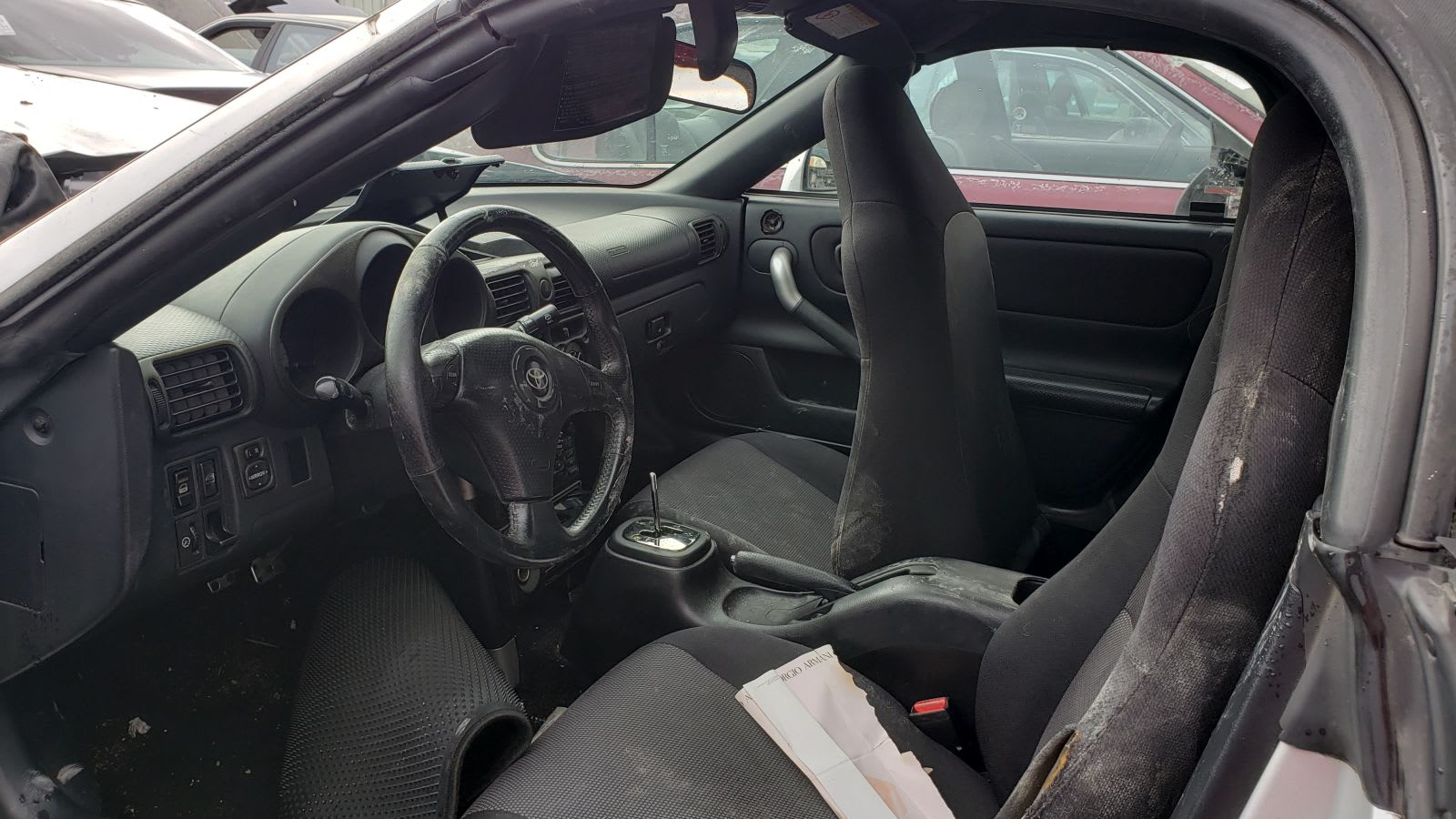 The MR2's SMT had no automatic mode, so the driver had to shift using either the steering-wheel buttons (downshift buttons on the front, upshift buttons on the back) or the floor shifter. Futuristic stuff in 2002, like handling emails on a portable wireless device. 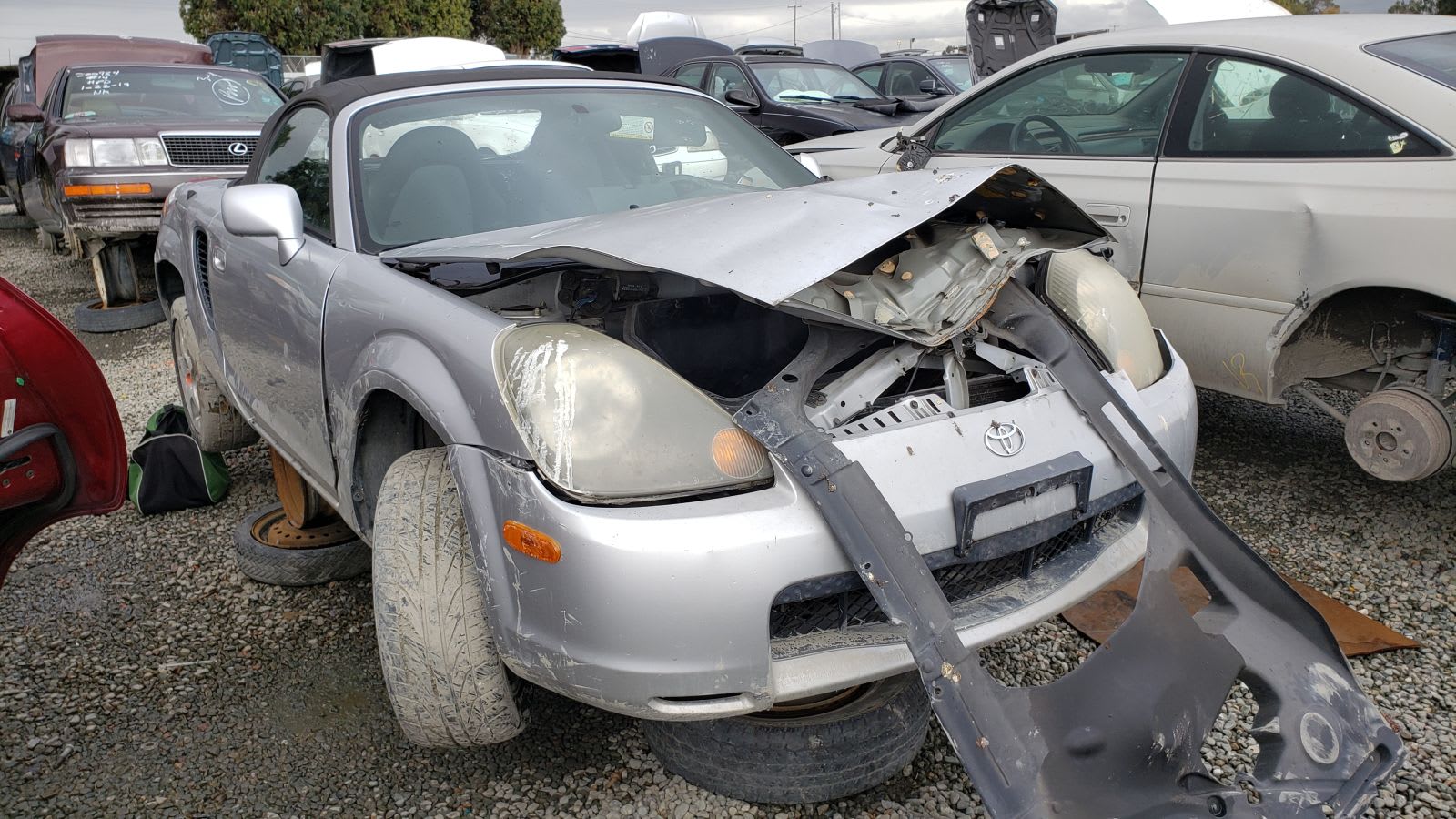 This one looks to have been in decent enough cosmetic shape when it arrived in this place; the frunk-lid damage is the result of junkyard employees faced with a stuck latch and required to drain the fluids RIGHT NOW. 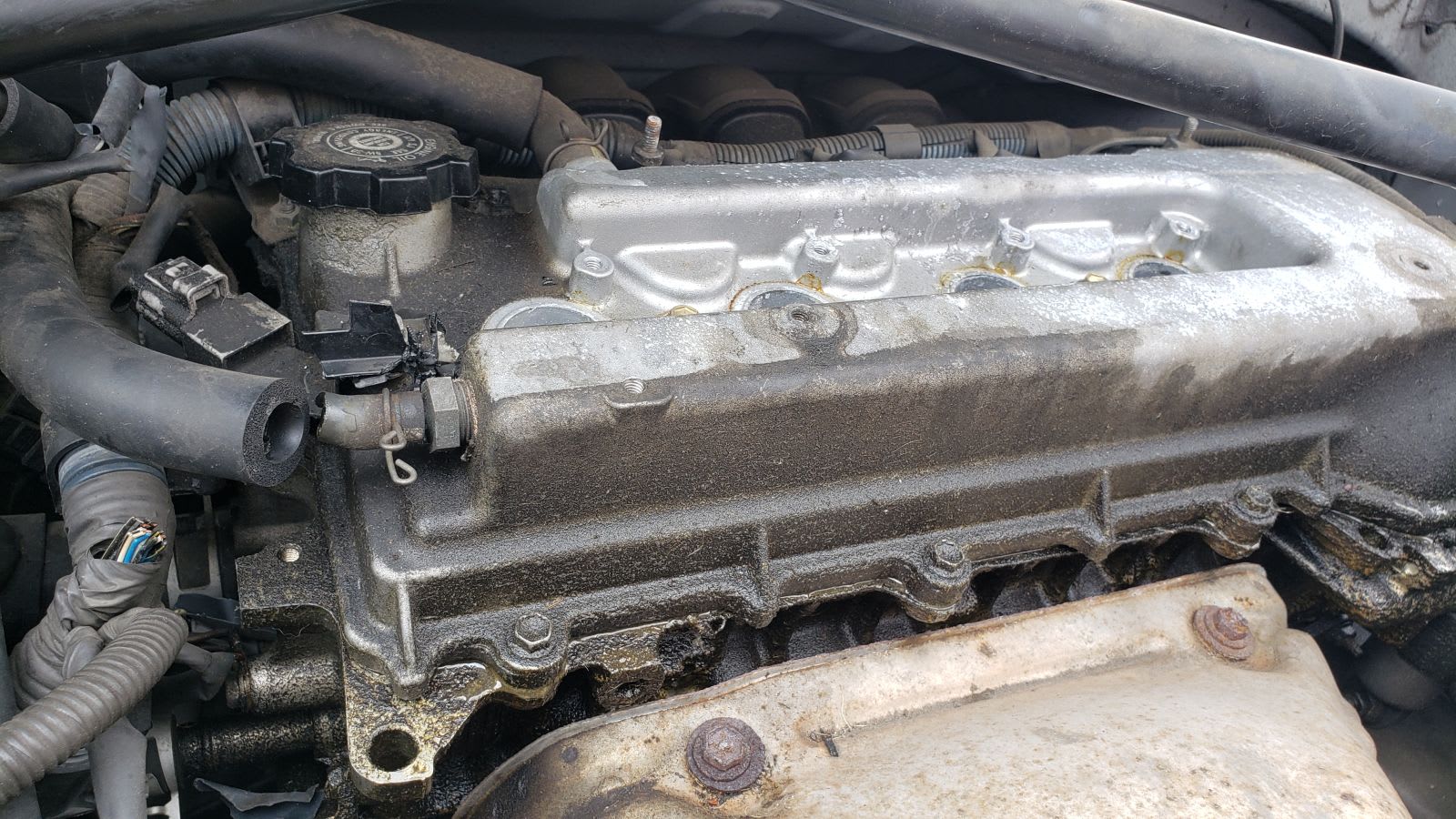 The engine is a 148-horse, variable-valve-timing-equipped 1ZZ four displacing 1.8 liters. The car weighed just over a ton, so it was good and quick (for the price, in 2002). 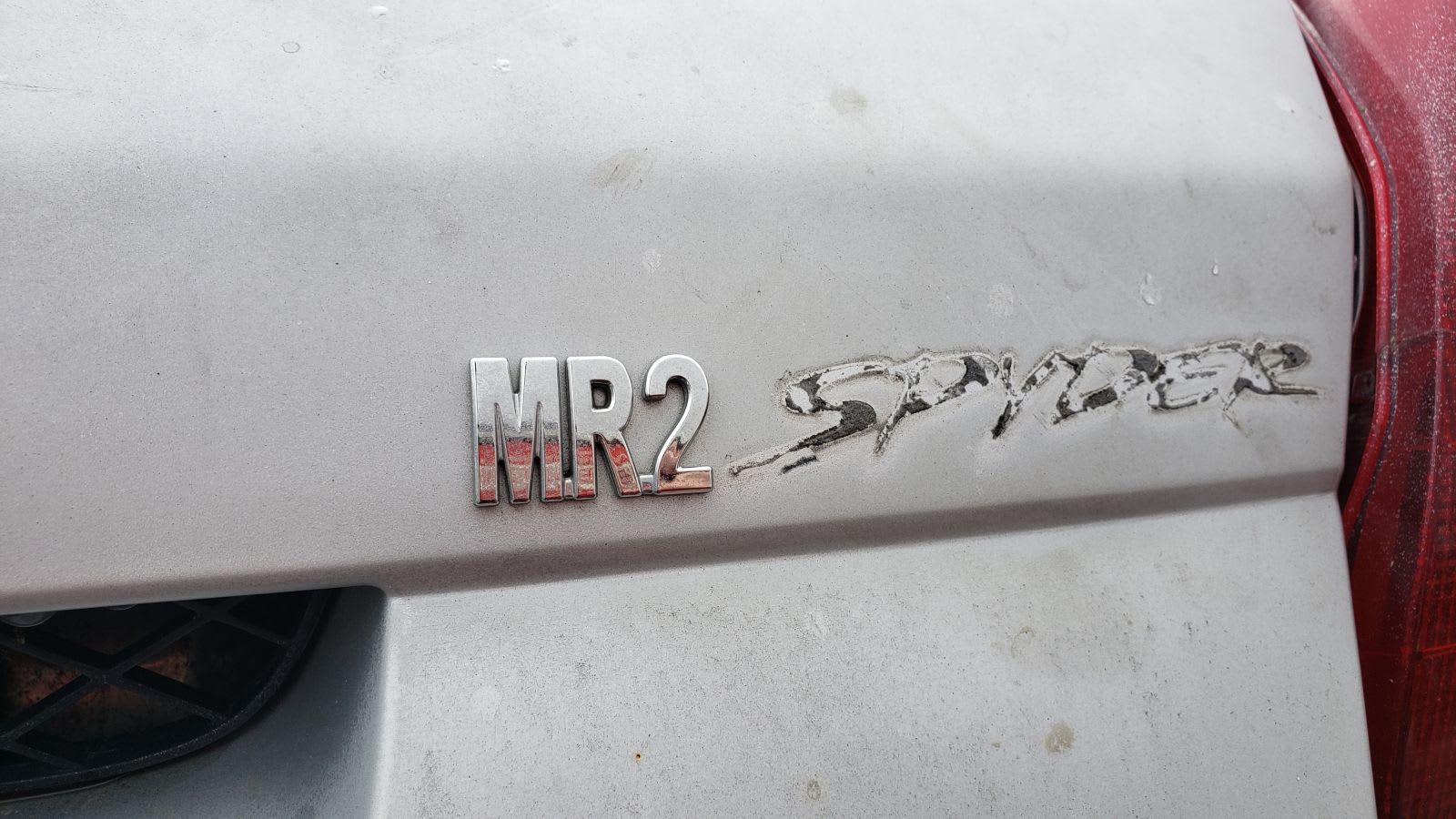 It was lighter than a Miata and had more power, but car shoppers who once bought sporty two-seaters were moving into macho-looking sporty trucks and truck-influenced machinery by 2002.

The message of today's Junkyard Gem should be clear: if you ever wanted an MR2 Spyder, find one and rescue it before it ends up just as junked as an ordinary Paseo or Avalon. 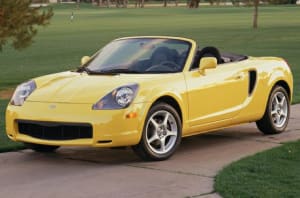