Back in the 1969, GM had North American car shoppers covered for just about all their needs, just with the multitude of sedans built on the B-Body full-sized platform. You're a family just starting out and needing to count those pennies? For you, Chevrolet offered a six-cylinder Biscayne post sedan for a mere $2,687 (about $19,000 in 2019 bucks). You're a high-rolling honcho with a taste for sin and horsepower? For you, the Buick Wildcat hardtop was just the ticket! Today's Junkyard Gem is many decades from its glory days, but it managed to survive until age 50. 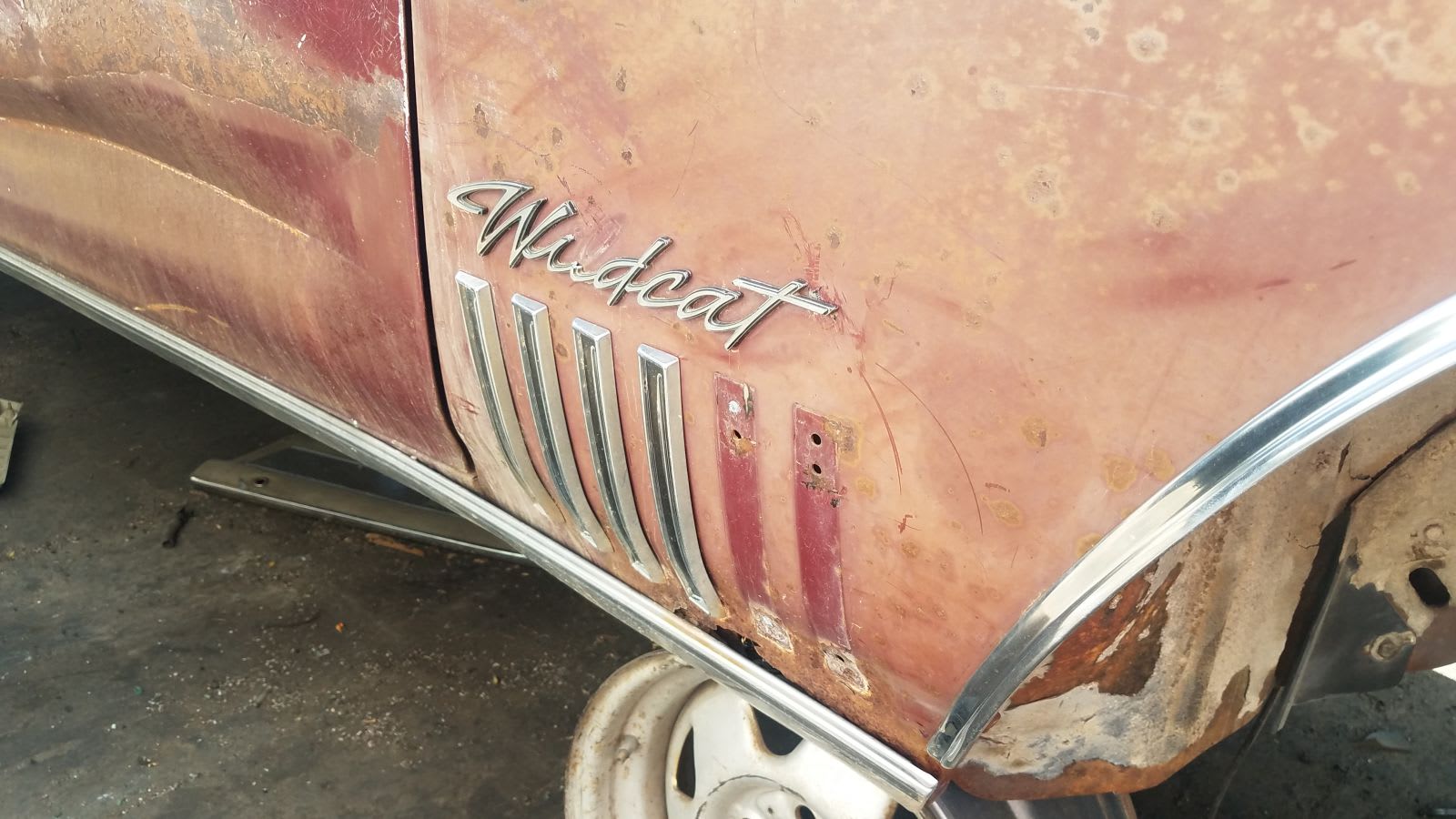 The '69 Wildcat was based on the LeSabre, but it got a lot of flashy chrome trim and projected much more menace than its grandfatherly relatives. MSRP was $4,608 (about $32,700 now), nearly twice as much as its Biscayne sibling and closing in on the $5,484 sticker on the Cadillac Calais. 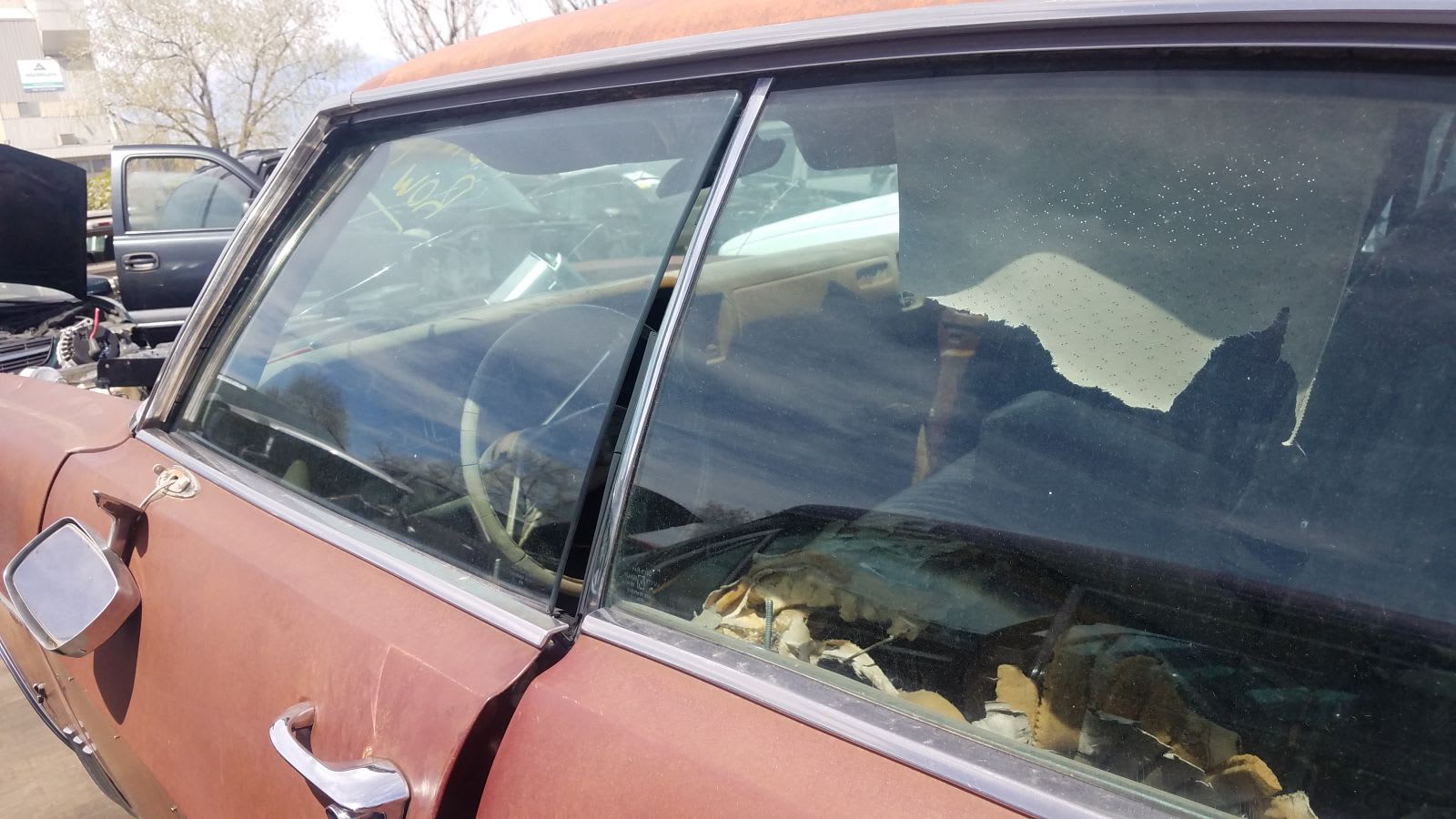 Four-door hardtops allowed you to have one great big opening to the outside world, admittedly with a certain amount of wind noise, water leakage, and rollover-crash danger thrown in as drawbacks. 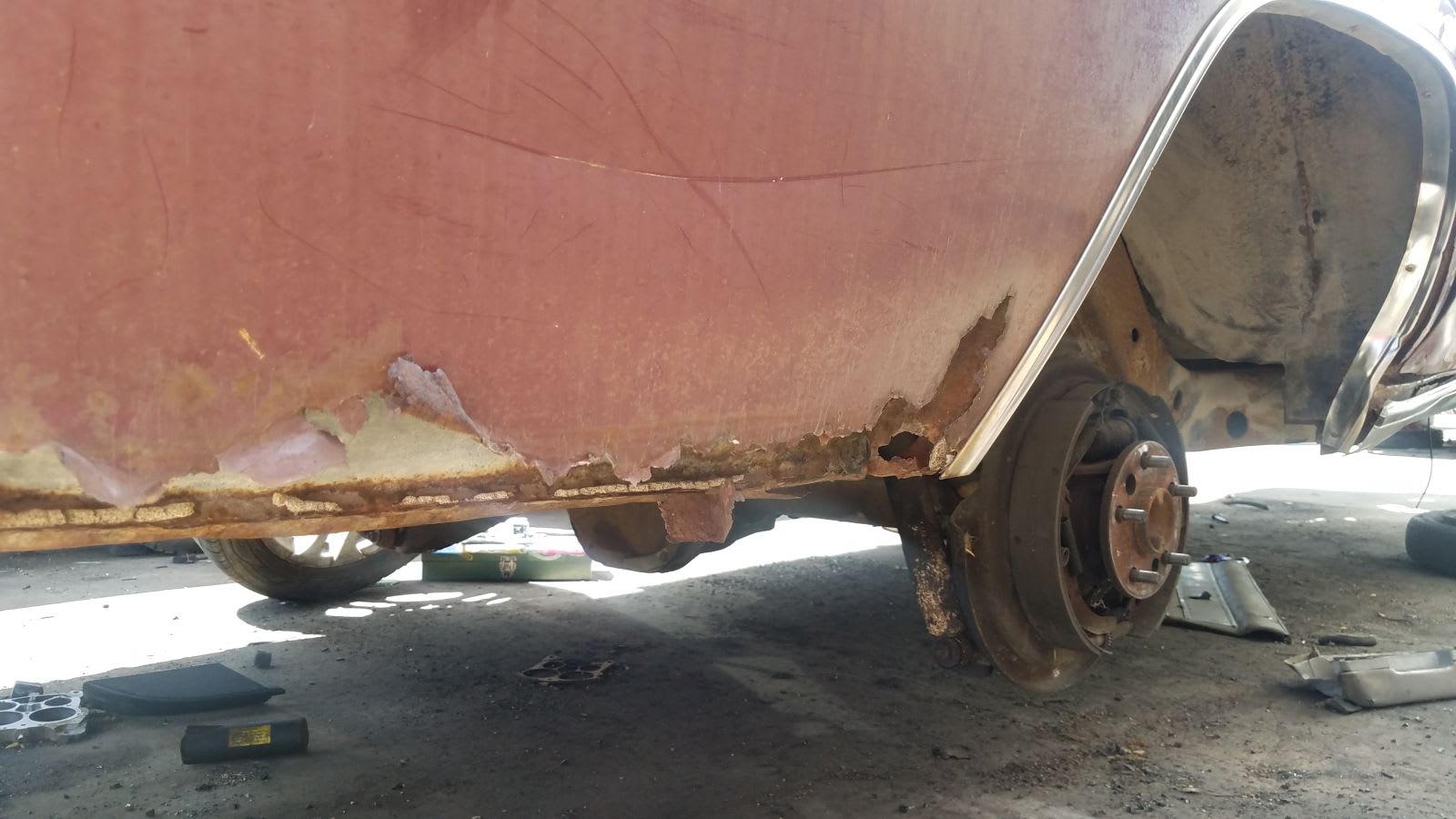 GM hardtop sedans of this era can be worth restoring (unlike their stodgier four-door-post brethren), but this one has suffered the attacks of the Rust Monster and would have required $25,000 invested to make a car worth $7,500. 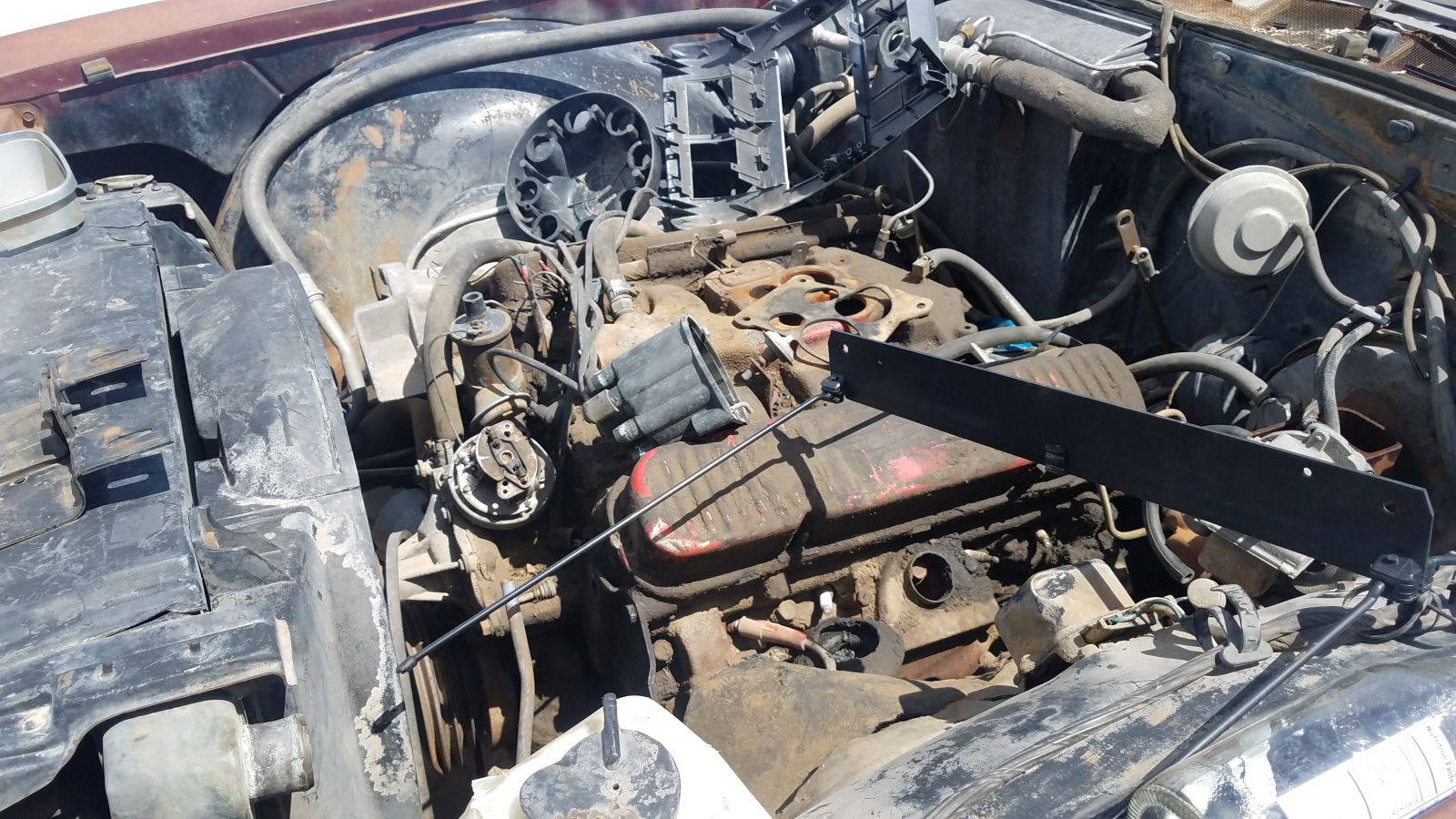 Power came from a mighty 430-cubic-inch (that's 7.0 liters, for those of you toiling under the oppressive and dehumanizing yoke of the metric system) V8 engine rated at 360 horsepower and 475 lb-ft. Keep in mind that these are gross values, not net, and subject to a certain amount of GM marketing optimism on top of that. Still, this two-ton beast was quicker than most sedans of its time. 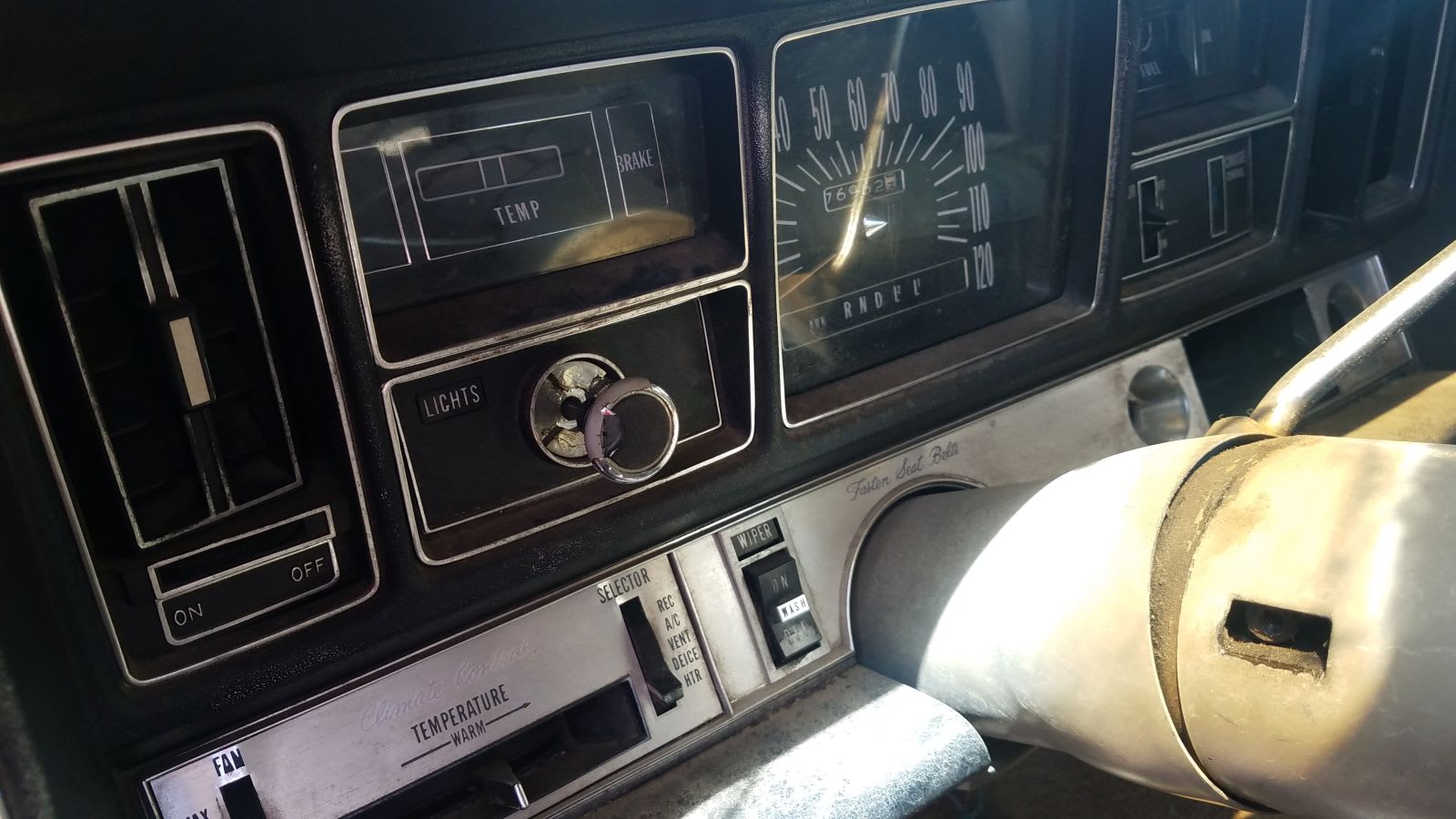 The interior is toast, but flashes of its former opulence may be seen here and there. 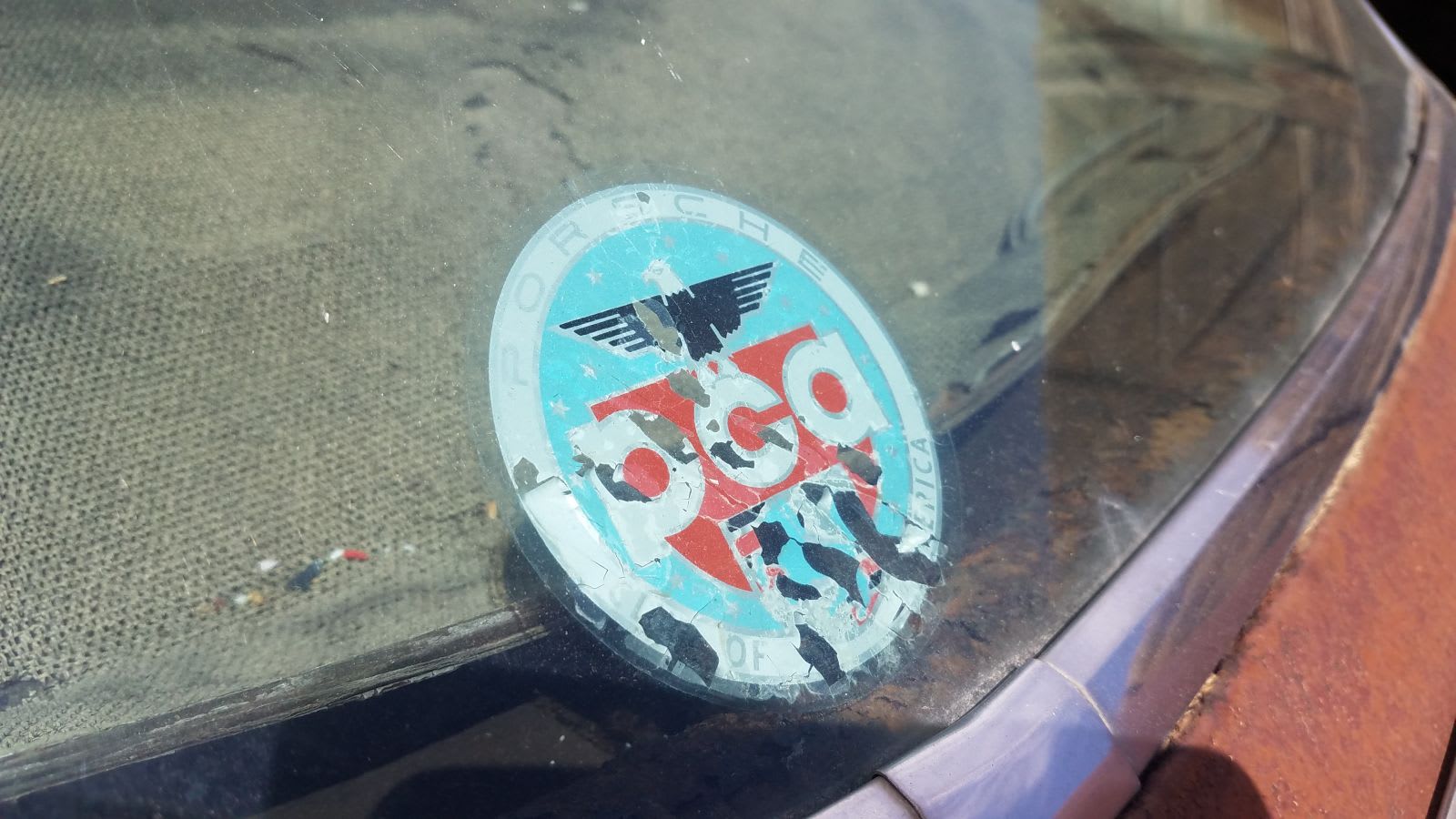 At some point, this car was owned by a Porsche Club of America member; I'm not sure of the vintage of this sticker, but I suspect it was applied early in this Buick's life. Drive the Wildcat to work, drive the 912 on weekends! 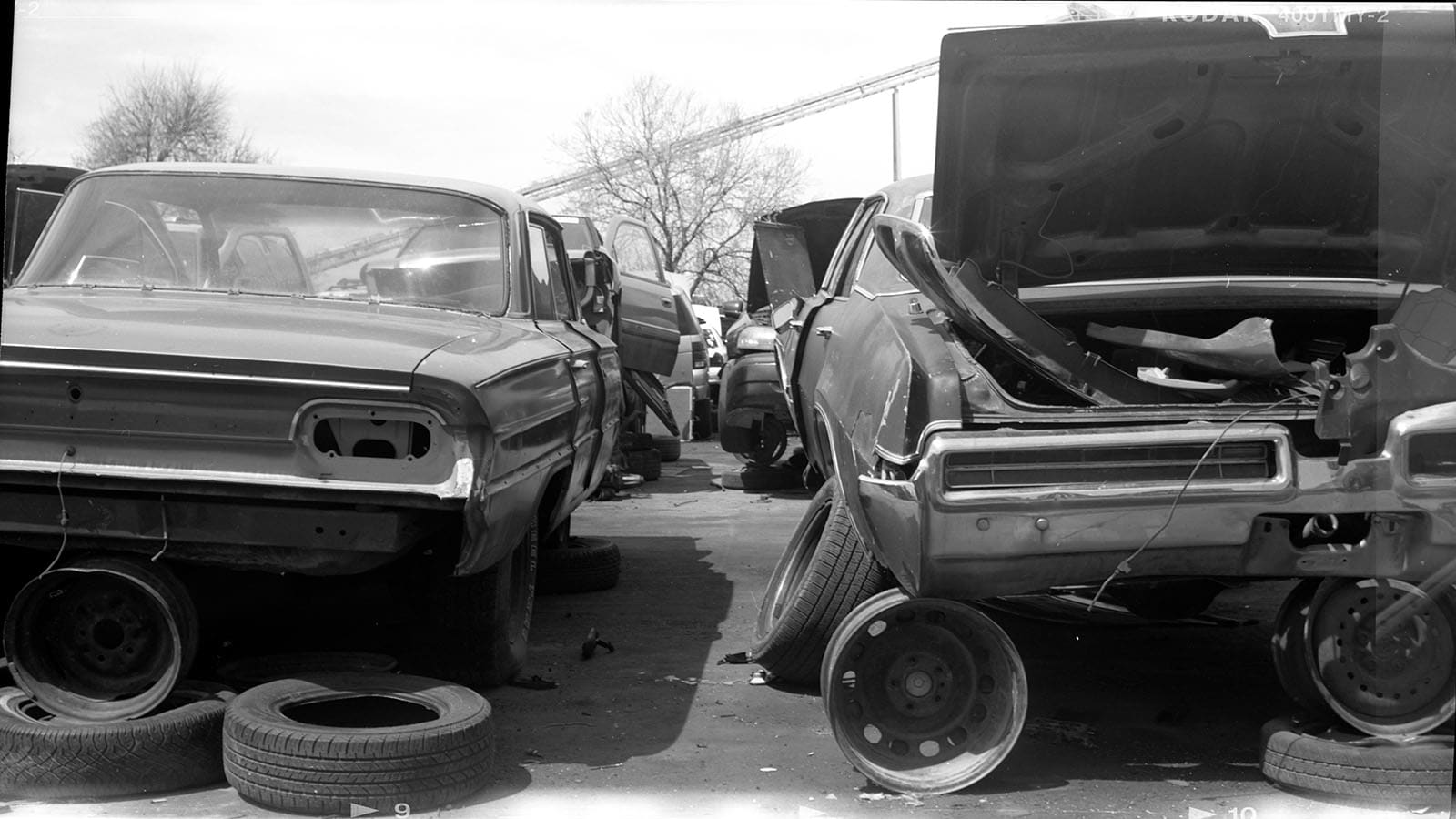 Another 1960s Buick sedan was parked next to this Wildcat, as captured with a 1935 Kodak Junior film camera. If you want a 1960s GM sedan as a project car, they're out there for cheap.

Hank Garrett says, "The Wildcat is a woman."