Yes, there were X-90s that didn't have giant Red Bull cans bolted on top

North Americans could buy the Suzuki X-90 mini-SUV for just the 1996 and 1997 model years. Not many did so, and the most memorable X-90s ended up being the ones with gigantic Red Bull cans bolted to their roofs. I don't see many of these little trucks during my junkyard peregrinations (I spotted this '97 in Los Angeles a few years back), so a screaming purple '97 four-wheel-drive version seemed well worth documenting. 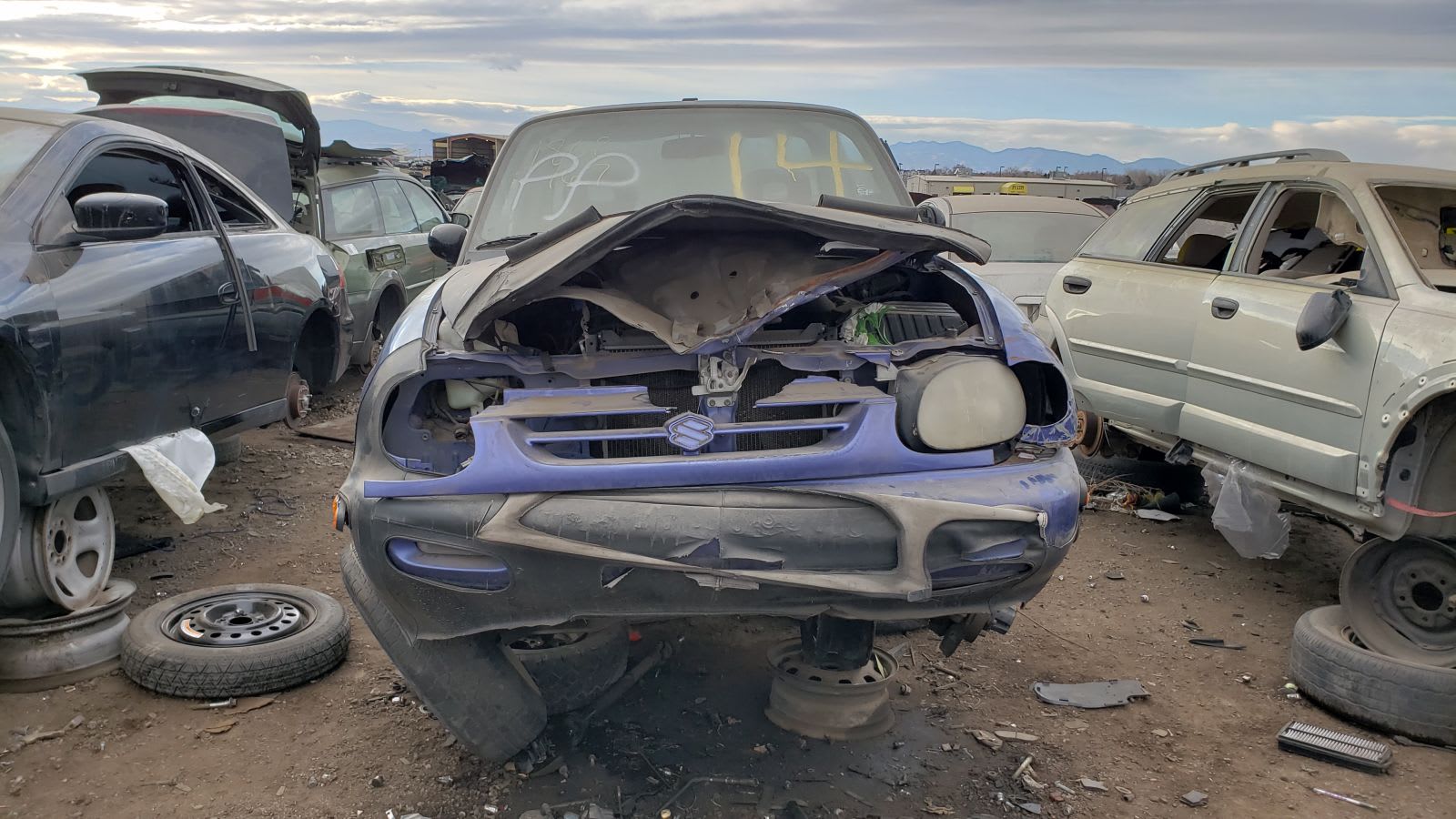 While evidence of old body damage can be seen, the torn-up hood happened after the X-90 arrived at the wrecking yard; employees who need to drain the fluids (prior to placing the vehicle in inventory) have little patience for stuck hood latches and will use big pry bars to speed up the hood-opening process. The dangling wheels came about when a junkyard shopper pulled the front differential. 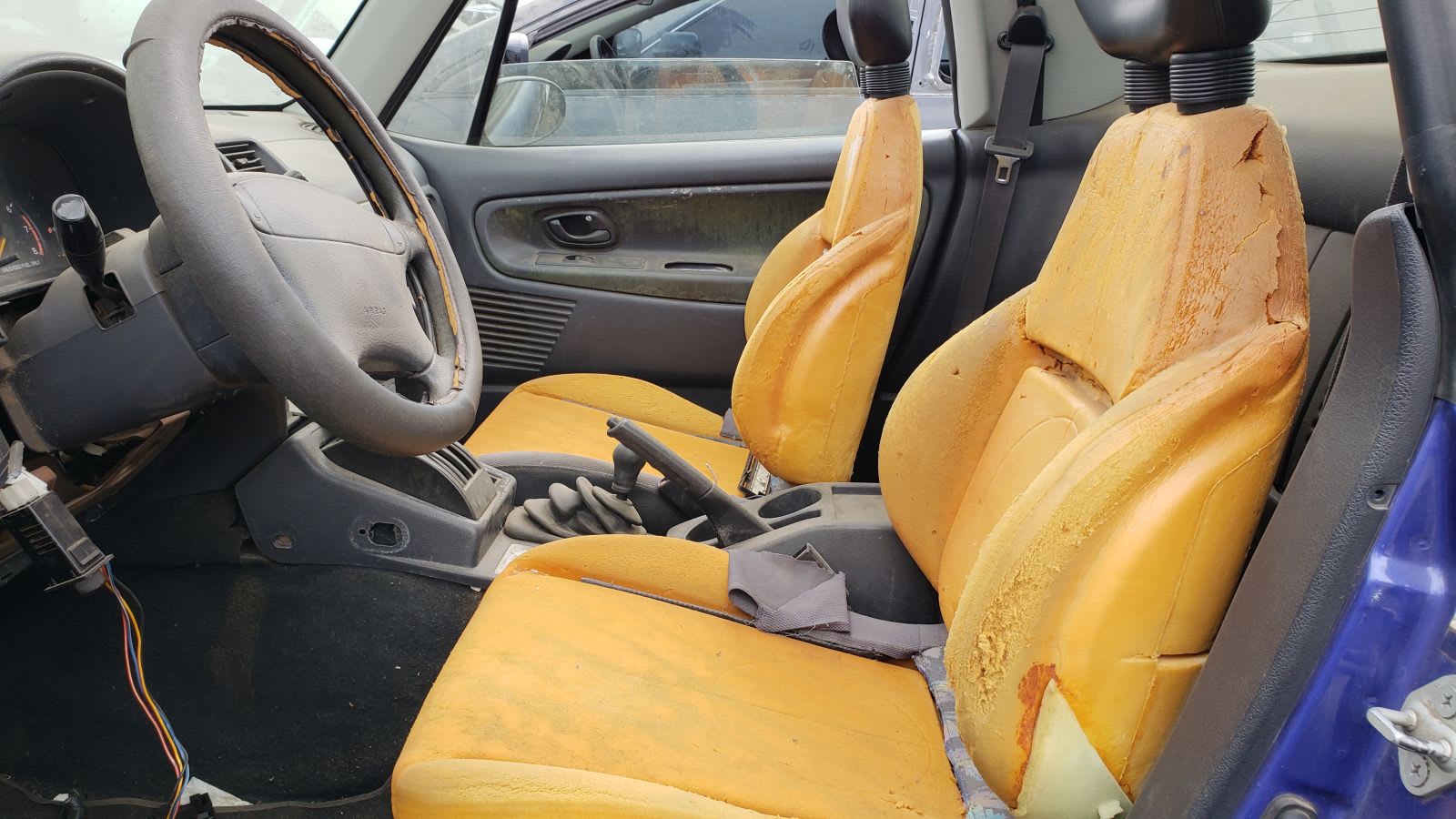 For reasons I don't understand, someone has "skinned" the seats, leaving bare foam rubber. 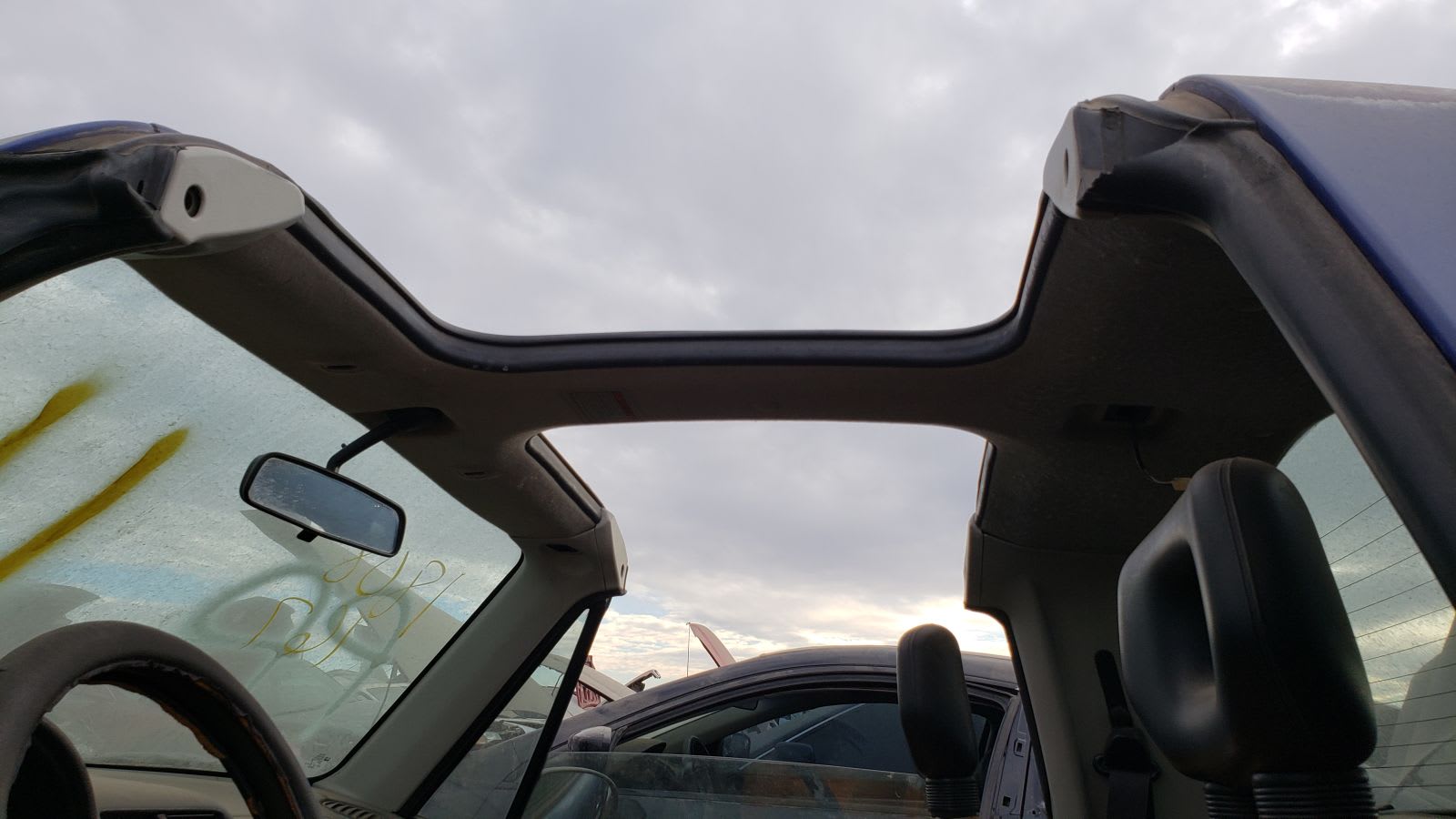 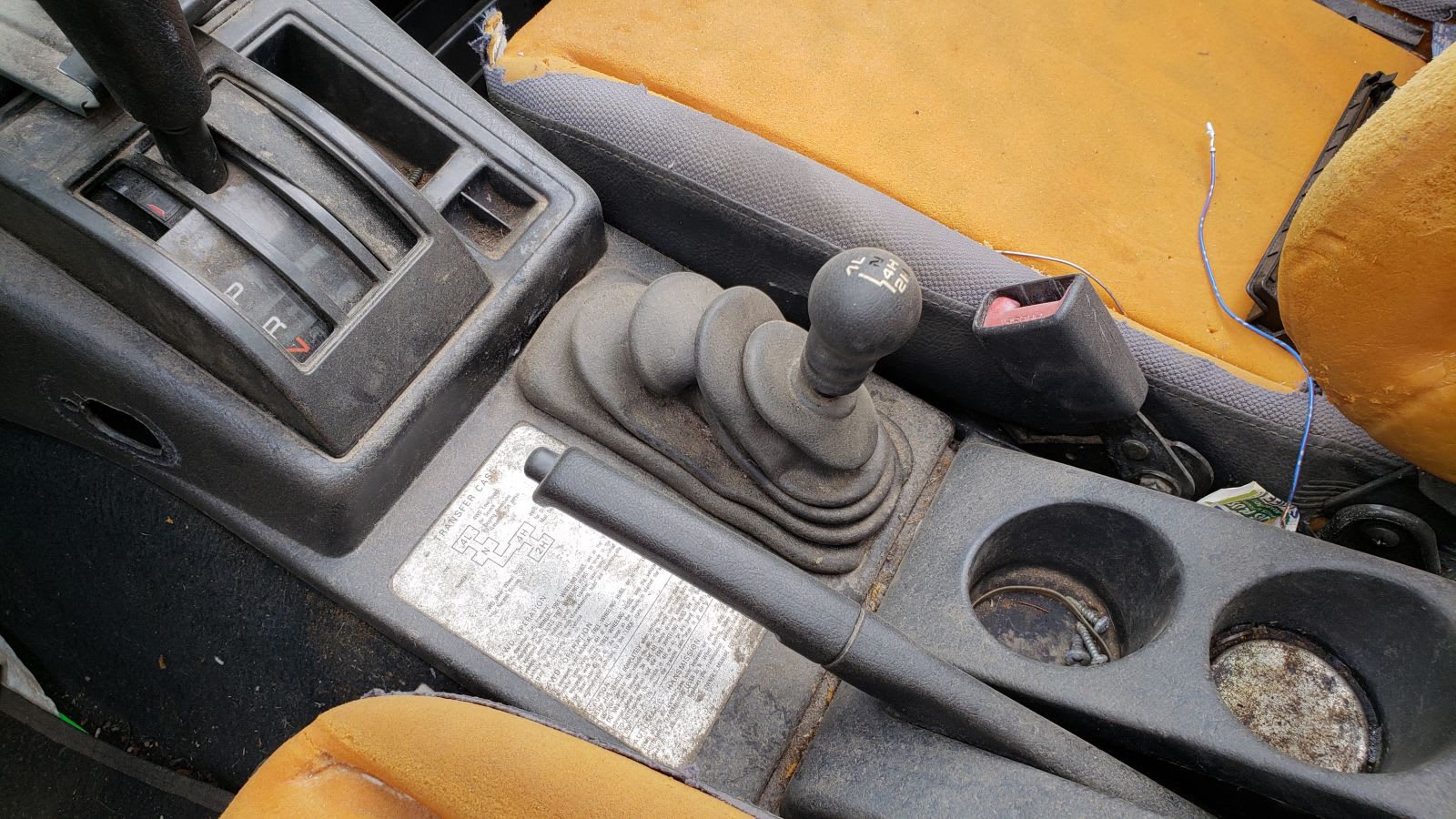 Most of the X-90s I've seen have been front-wheel-drive with manual transmissions, but this one has four-wheel-drive and an automatic. American drivers of vehicles with four-powered-wheel drivetrains tend to get confused by the choice between 2WD and 4WD, so most of them buy full-time all-wheel-drive machinery these days. 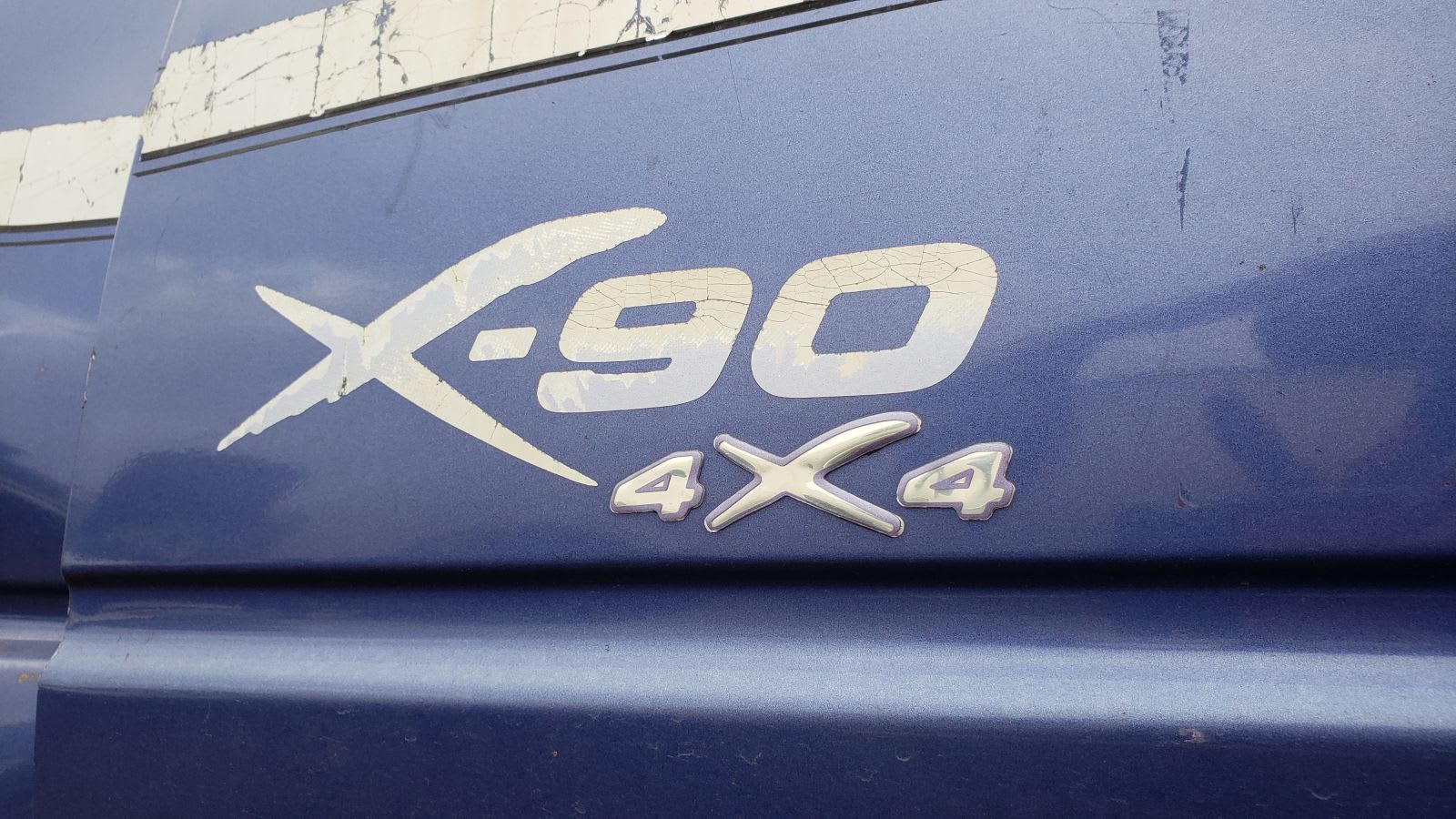 The X-90 was first cousin to the Suzuki Sidekick and Geo Tracker, but had just two seats. 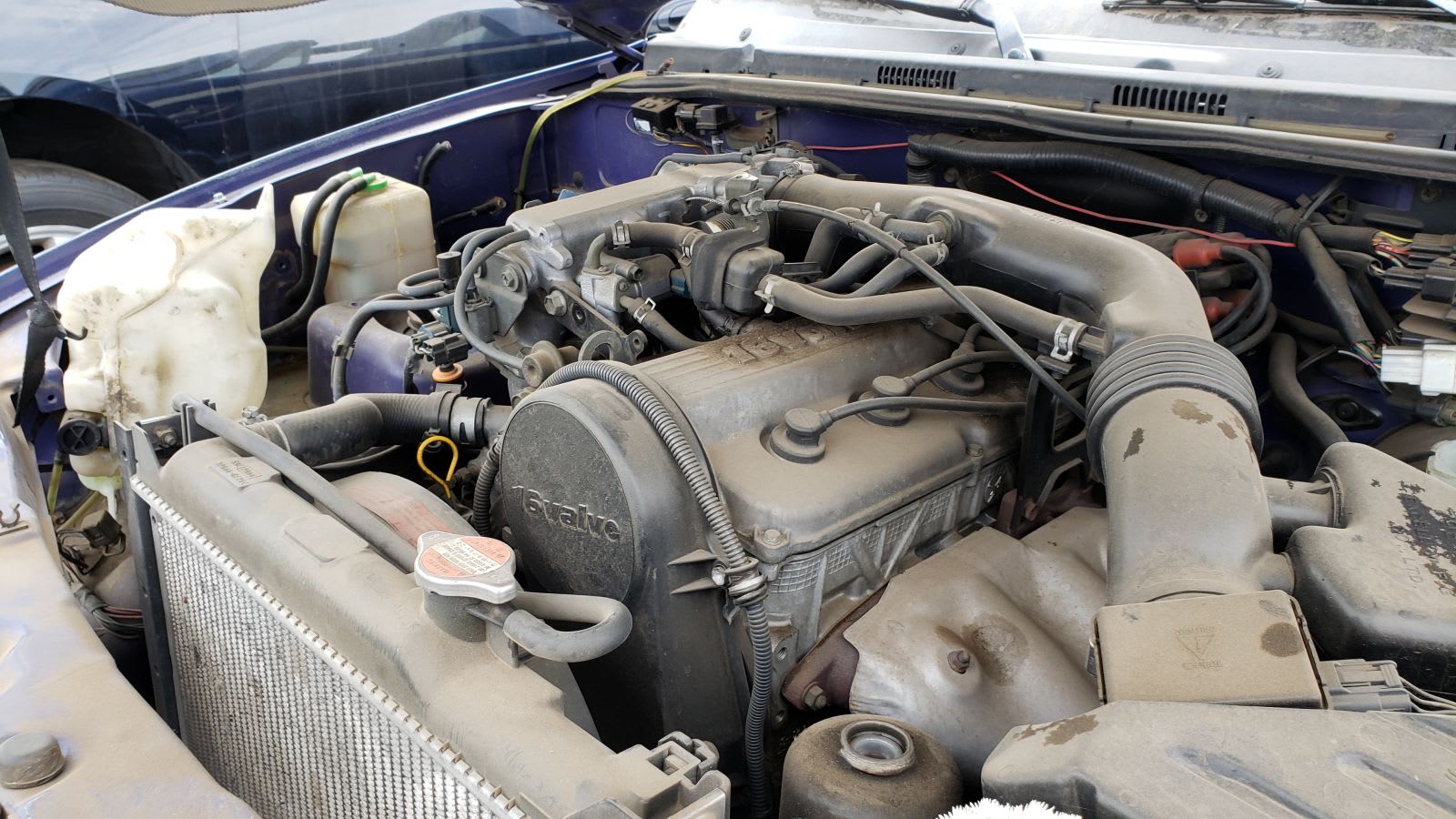 95 horsepower and a cool-looking "16valve" logo on the timing-belt cover.

The X-90 displayed cuteness, but drivers of truck-esque vehicles increasingly desired macho as the 1990s ground on. 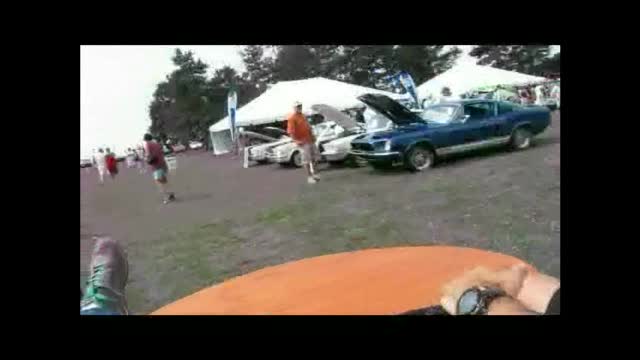