Reese Counts
Later this week, two of the rarest Chevy Camaros ever built will roll across the show floor at Mecum's Chicago 2018 auctions. The pair — a 1969 Yenko Camaro and a 1969 Camaro ZL1 — are first-gen cars fitted with a number of upgrades, most notably high-horsepower 427 cubic-inch big-block Chevy V8s. Only 201 1969 Yenkos and 69 1969 Camaro ZL1s were ever built. For Camaro enthusiasts, it doesn't get much better than these two.

Both cars were built for or by specific Chevy dealers. The yellow car you see here was built by Yenko Chevrolet in Pennsylvania and is number 4 of 201. When the first-gen Camaro debuted, GM had a policy that engines were limited to a maximum of 400 cubic inches, helping preserve the performance of the larger Chevy Chevelle. This hampered the car's performance relative to competitors like the Ford Mustang and Plymouth Barracuda.

Yenko worked around this by modifying the cars at the dealership itself. Don Yenko, the dealer's namesake, ordered the engines directly from Chevy using the Central Office Production Order, or COPO for short. The engine has a high-lift cam, solid lifters and a Holley carburetor. The cars were fitted with power steering, power disc brakes and a 4.10 rear end with Positraction. Visual upgrades include black stripes, a black vinyl top and Endura bumpers. 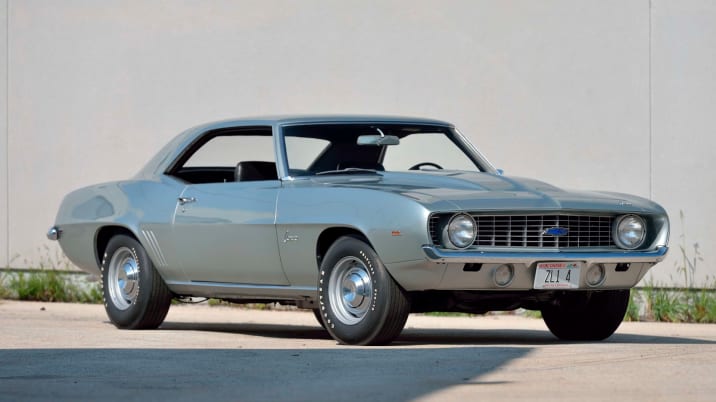 There are no estimates on the Mecum page, but considering the rarity and condition of the pair, expect final bidding to easily exceed six figures.