One of the last MGBs ever made, found in a Denver wrecking yard

The MGB sold so well in the United States that, as recently as 35 years ago, you'd see plenty of them mixed into ordinary commuter traffic here. It was a sturdy little sports car, with a suspension design out of the 1940s and a primitive-but-tough pushrod engine, and it blew away its Fiat 124 Sport Spider rival in the reliability department. Here's a final-year-of-production '80 in a Denver-area self-service wrecking yard. 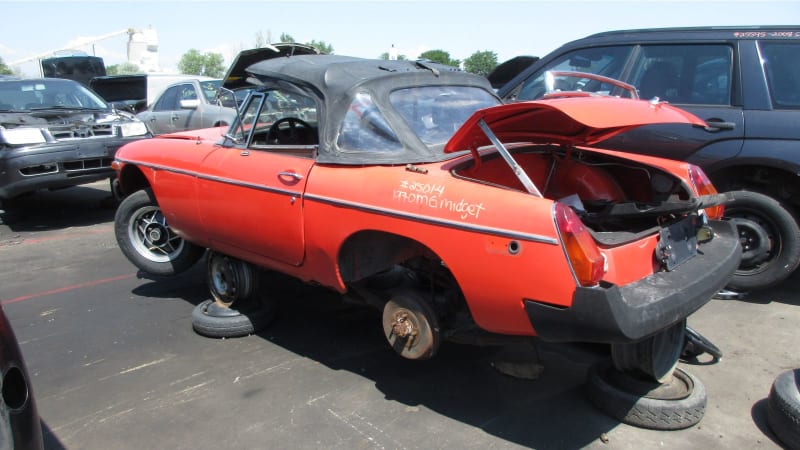 During the 1974 model year, British Leyland complied with US bumper regulations by replacing the MGB's sleek chrome bumpers with chunky black plastic units. At the same time, the suspension had to be raised by an inch to meet federal headlight-height standards. This makes the "black bumper" MGBs a lot less desirable than the earlier models, so even a pretty good '80 like this one is unlikely to be rescued by a restorer. 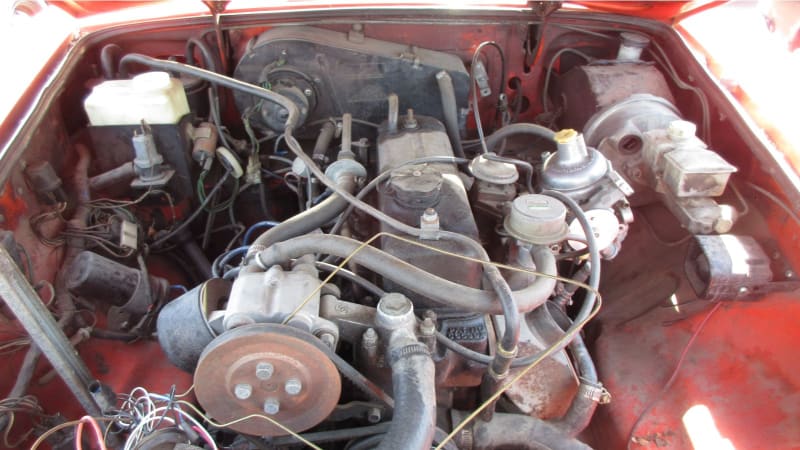 The BMC B engine stayed in production from 1954 through 1986, powering everything from Hindustan Ambassadors to Nash Metropolitans. The 1.8-liter B seen here was rated at 62.5 horsepower, and the fact that British Leyland claimed that half-horse is just depressing (to be fair, life in the UK was pretty grim, generally speaking, in 1980). 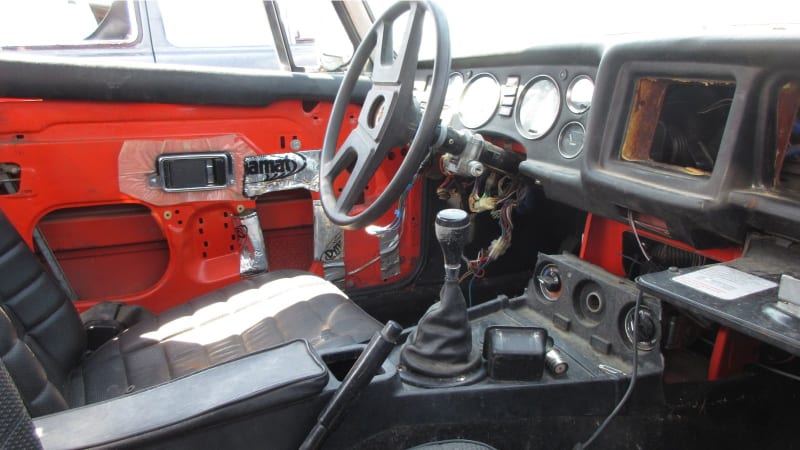 30 years ago, my daily driver was a '73 MGB-GT, and it was fun to drive and made me feel cool on Southern California freeways. Junkyard parts were very easy to find back then, so I was able to fix its (frequent) problems cheaply. I was dismayed to learn that my girlfriend's '73 Honda Civic was faster, handled better, got better gas mileage, and never broke... but it wasn't at all cool (admittedly, I have owned many Civics and no MGs since that time). 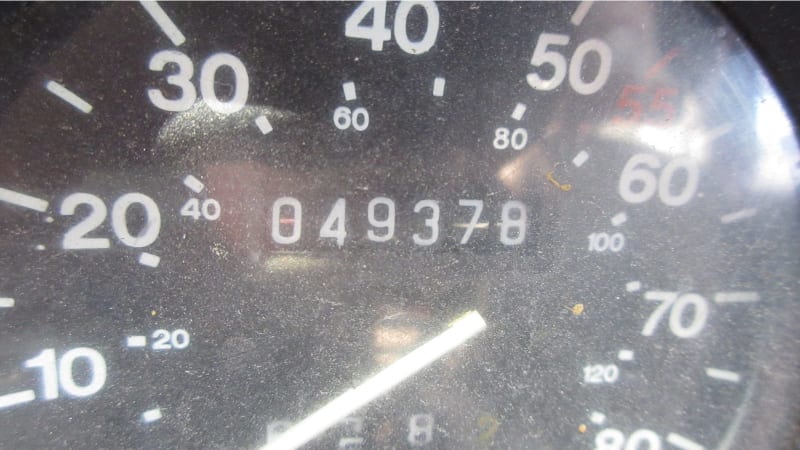 This B has the look of a vehicle that sat in a garage for decades, so it might really have fewer than 50,000 miles on the clock. 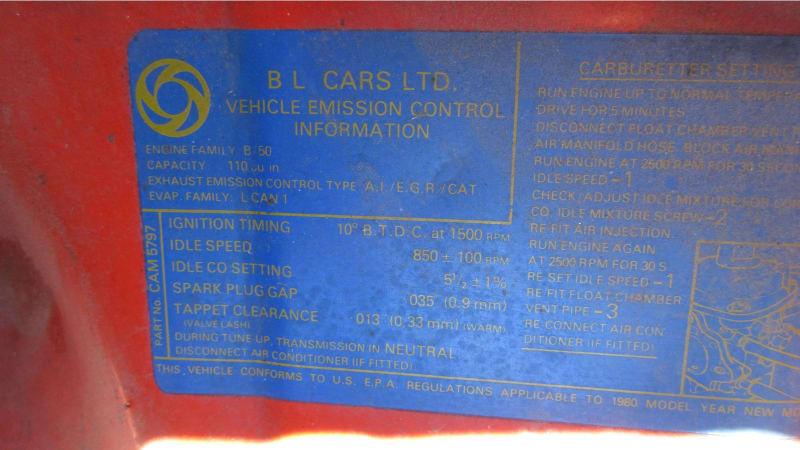 This car rolled off the Abingdon assembly line in April of 1980. The final MGB was built six months later. With so many long-stalled MGB projects being hauled out of American yards, driveways, and garages, I will continue to see these cars in junkyards for years to come.

Yes, Malaise Era cheap British sports cars were underpowered, and the Prince of Darkness made their electrical systems maddeningly flaky, but they gave their American owners lots of fun per dollar.