The Austrian Alps are a curious venue to show off that great hunter of the highways, the Bentley Continental GT. With deep green forests and soaring thrusts of exposed rock, the Alps are one of those few places where the natural world still reigns supreme. Humanity isn't going to change this place much. You can forget about six-lane freeways blasted through rock — the only way to get around is on narrow, twin lanes.

True to its name, the coupe is perhaps the truest grand touring car on the market — comfort happily married to speed. I once logged a personal best time between New York City and Boston in a base GT, despite a pounding nighttime rain. Even that miserable East Coast route felt easy in the GT, which eats through highway miles in a peculiarly relentless fashion. It was born for distance.

This is our first drive of the new, third-generation car, which won't be sold in North America for another year, at a starting price of $214,600. We've been told it is a changed machine — a GT still, but with more nimbleness. And now we're about to find out, having left behind quaint Austrian villages for a steep mountain road that switchbacks up toward the clouds. It's everything you hope and dream when you fantasize about the Alps. 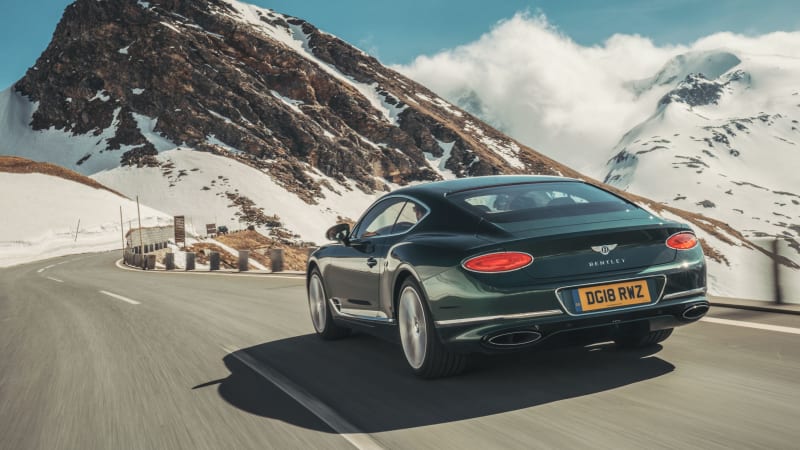 Before me is a straightaway interrupted by a quick left-right bend and an uphill switchback. A small twist of hands on the nicely weighted steering wheel and the Bentley jukes through the left-right fluidly; no need to brush the brakes until we're right up to the hairpin. Then a firm push on the stoppers and a full lock of the steering wheel and — listen to that! — tire noise from the 21-inch Pirellis as we get back on the gas early. The car stays remarkably flat despite the camber of the turn. I snap open my hands and flat-foot the accelerator. Another hairpin beckons just beyond.

And so it goes, the Conti welcoming a full-throated uphill attack. We get to the top and begin the fall back down the mountain, which is even more illuminating. This is the model with the W12 — the only one available at launch, notorious for carrying too much weight in its nose. Take a previous generation on a tight downhill route and you wrestle the grille through the turns, giving up entry speed to mitigate inevitable front-end push. It was a point-and-shoot car, relying on good brakes and ample power to make up lost time through the turns.

This new generation is a momentum machine. There is a newfound rhythm and flow. It is deft and it is nimble. The Continental still isn't supercar sharp, nor would we want it to be. That sense of signature comfort is very much intact. Later in the day we will catapult along the Italian Autostrada with the Naim stereo pounding and the seat massagers on. Autobahn speeds come on effortlessly and are easily maintained. Classic Bentley stuff. 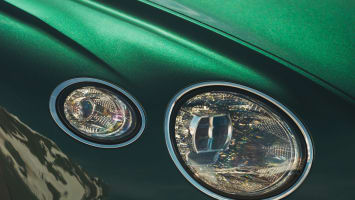 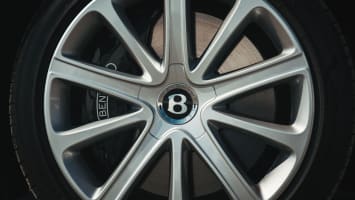 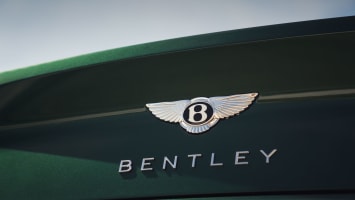 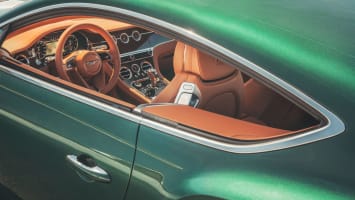 That newfound agility comes in no small part from riding on the same new platform as the Porsche Panamera. The previous generation shared the same foundation as the Volkswagen Phaeton, a compromise that resulted in a less-than-favorable engine placement. This time the front wheels have been edged forward, for a better 55/45 balance. The car comes in a hair under 5,000 pounds, 170 pounds lighter than the outgoing. The engine is down 66 pounds.

The VW Group has great bounties of technology, and it has gifted the new Continental with loads of it. A three-chamber air suspension works hand-in-glove with the 48-volt-powered active roll bars. The air suspension feels supple over choppy pavement, even in sport mode. The antiroll bars act to negate almost all body lean. It's a magical combination. Even hitting a bump mid-corner doesn't phase the coupe. It is sure footed to the extreme. Incidentally, you'll find this same setup in the Lamborghini Urus.

So too does the Conti get active torque vectoring courtesy of a multi-plate electronic center diff, a GT first. Rather than a fixed torque ratio, it can now send full power to the rear rubber. That also means a launch control which sends the car to 60 miles per hour in 3.6 seconds. Top speed is 207 mph. 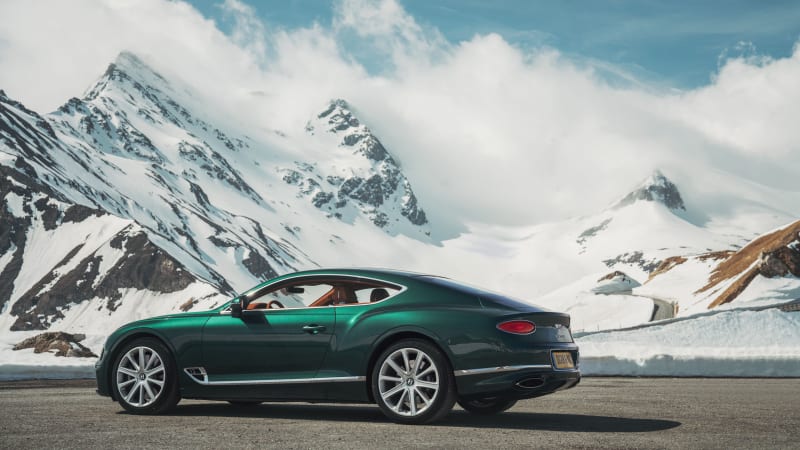 We've seen the same 6.0-liter twin-turbo W-12 in the Bentayga, good here for 626 horsepower and 664 pound-feet of torque. It seems you've got to be in the 600-horsepower club to even compete these days. Another welcome revelation is the gearbox. It's a ZF 8-speed dual clutch gearbox, and it's convincingly smooth around town but makes finger-snap crisp shifts when driven hard. It's best left alone to shift for itself.

Not so unlike the Alps, there's a timelessness to the Continental's design. Over the past 15 years its composed mass has changed as subtly as a water drip morphing granite. Evolution over revolution. This time, though, even a less keen eye will take notice. The most glaring tweak is a new (non-functioning) vent just behind the front wheels. It's a bit of brightwork with a "12" cleverly embedded within. (That the shiny grille and brightwork were plastic and not aluminum is maddening from a car this expensive.)

There's a new, overt purposefulness in the aluminum skin that changes the overall character of the car. The first generation had that signature side line and unmistakable haunches, but overall it was a rounded and soft-seeming machine. The 2012 model gained definition. But this time the "super forming" process was used for many of the aluminum body panels, and the lines are so delightfully defined and crisp that you can actually pinch them between thumb and forefinger. This dimensionality is found on the hoods and sides, even the wheel arches. So too does the rear end get an entirely new treatment, with a single teardrop rear lamps. It is modern and stylized. 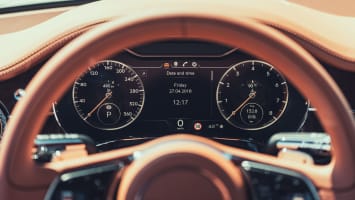 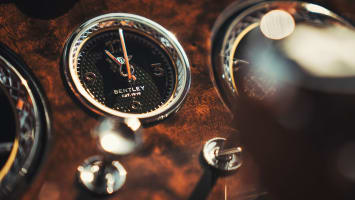 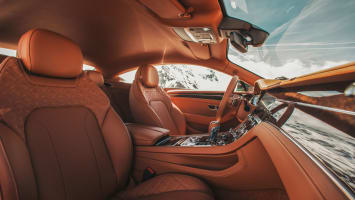 Excellent Bentley interiors are pretty much a given. There's a new available diamond quilting motif that takes 310,000 stitches. Buttons and knobs have a discernable weight and an actual mechanical click. Classic Bentley stuff, again. As far as the digital screens in front of the driver and the center console touchscreen, Bentley has figured out how to do graphics that actually look luxurious. Lastly, there's the gimmicky, if still cool, optional "Bentley Rotating Display" which revolves to show either blank wood, the center digital screen, or three analog dials which include a compass.

Previous Continental customers will sign on to this new model in droves. The purpose and intent and joy of a genuine GT are very much present. But this time, it will even welcome full-throated attacks of the twisties. Turns out the Alps were a pretty good place to show off the highway hunter after all.