Chrysler's midlevel coupe of 1950, now a retired hotrod in Illinois In 1950, shoppers in Chrysler showrooms had a choice between the low-end Royal, the midgrade Windsor, and the top-of-the-line New Yorker. This 1950 Windsor coupe managed to outlast nearly all of its contemporaries, finally coming to a halt in a wrecking yard just outside of Chicago.

I stopped by this yard, Ashley's U-Pick-A-Part in Joliet, while I was working at the 24 Hours of Lemons Chicago race. When it comes to junkyard ambience, this one is nearly impossible to top (though Martin's Salvage in northeastern Colorado comes close), especially given its location: right across the street from the now-closed Joliet prison, best-known for its role in the opening sequence of " The Blues Brothers." 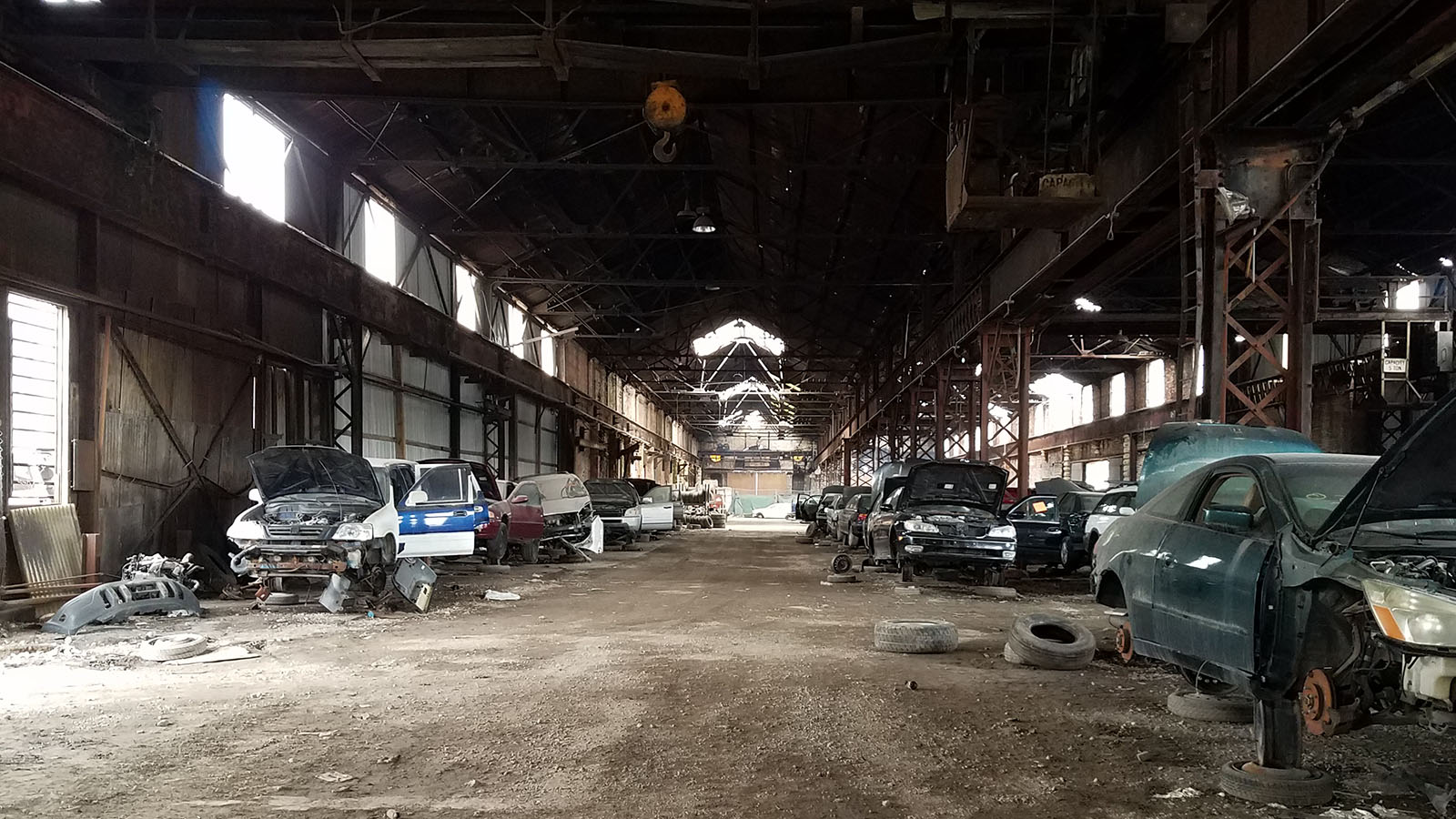 Set on the grounds of an ancient, decaying factory, a large part of Ashley's inventory lives indoors in Rust Belt splendor. 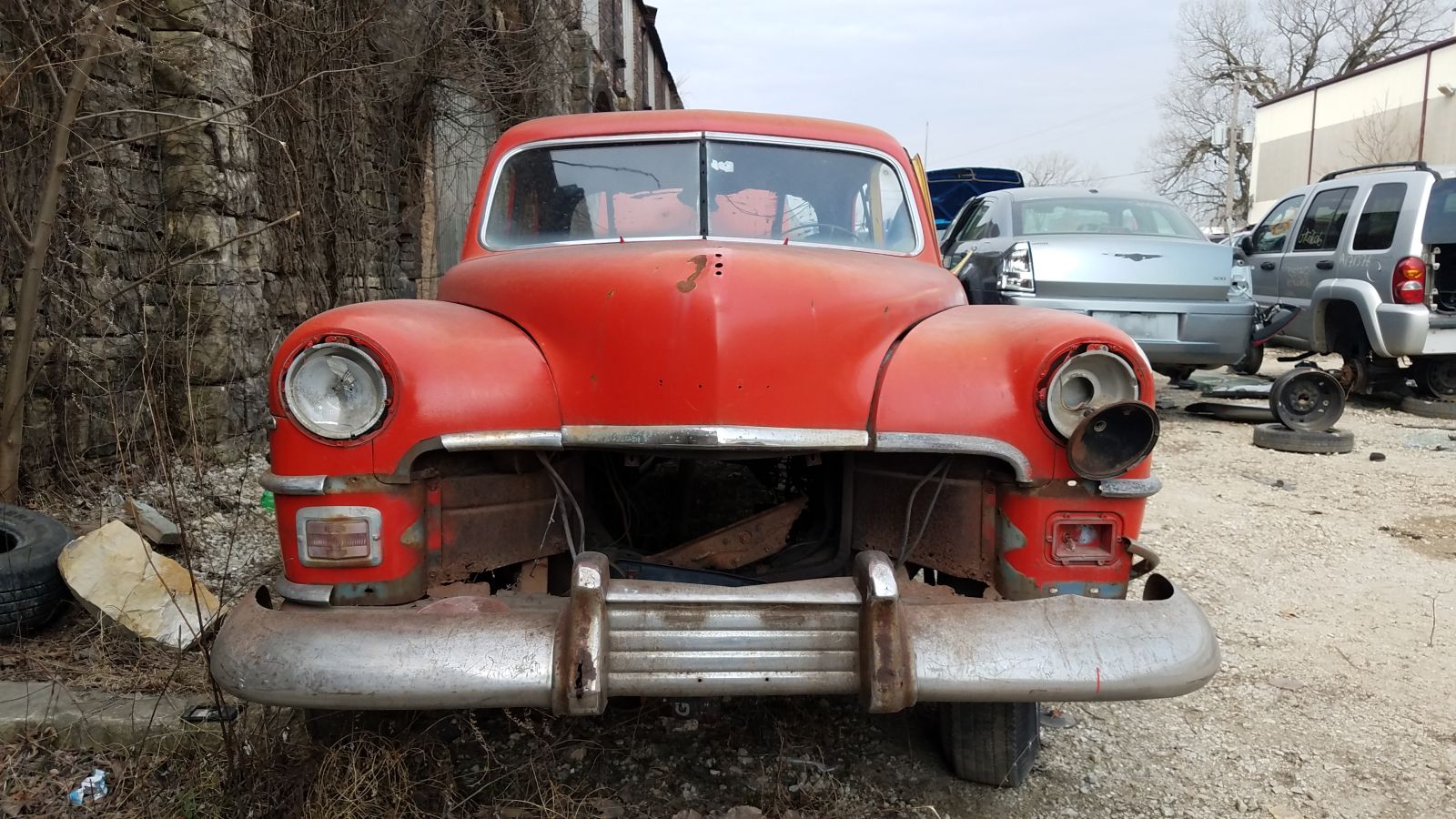 The star of the Chrysler section, this '50 Windsor has a place of honor and sits separate from your humdrum Avengers and Grand Cherokees. 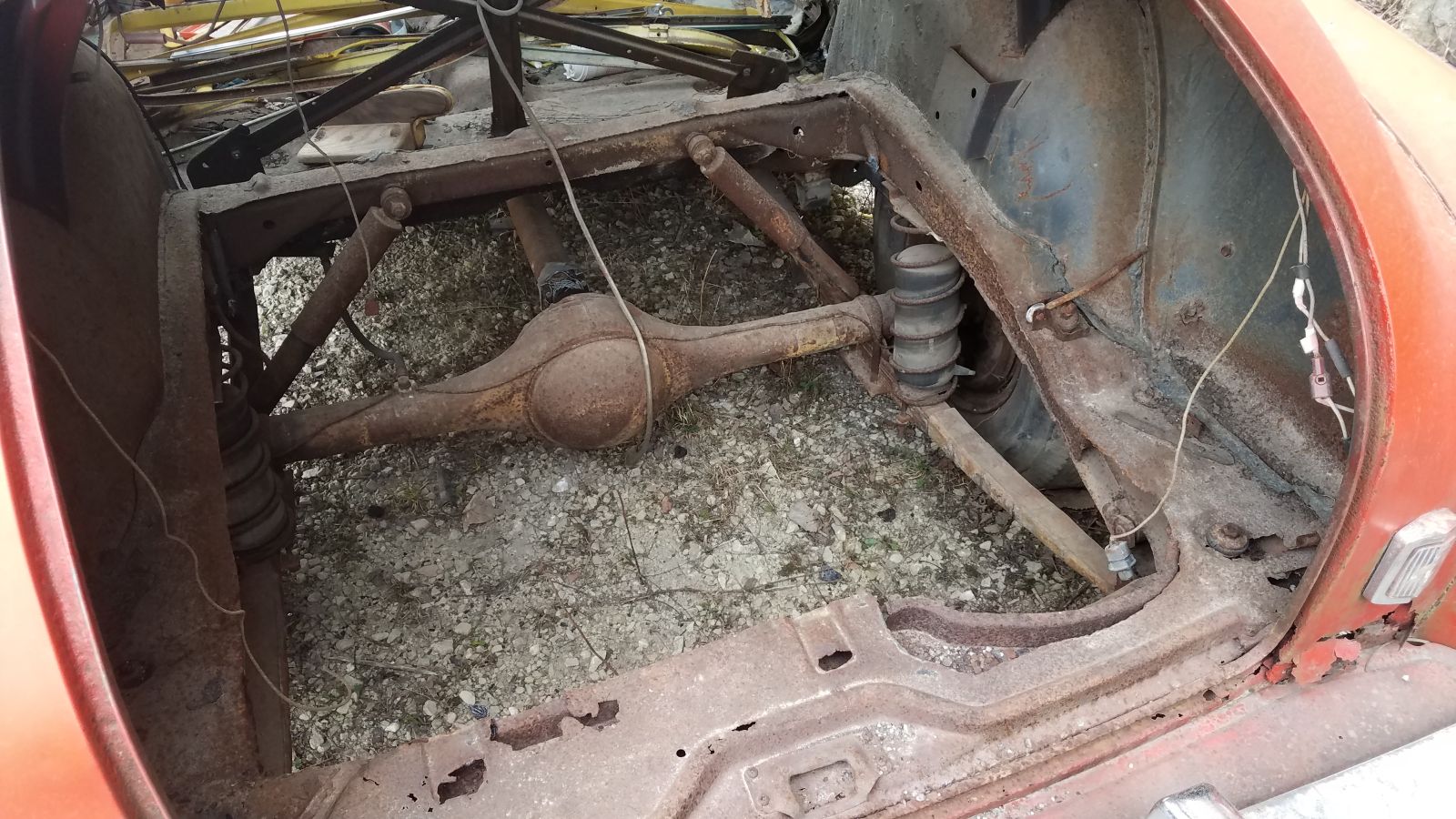 Because this is the Upper Midwest, the floors are more air than metal and big bites out of the rest of the car have been inflicted by the Rust Monster. Note the airbags inside the coil springs. 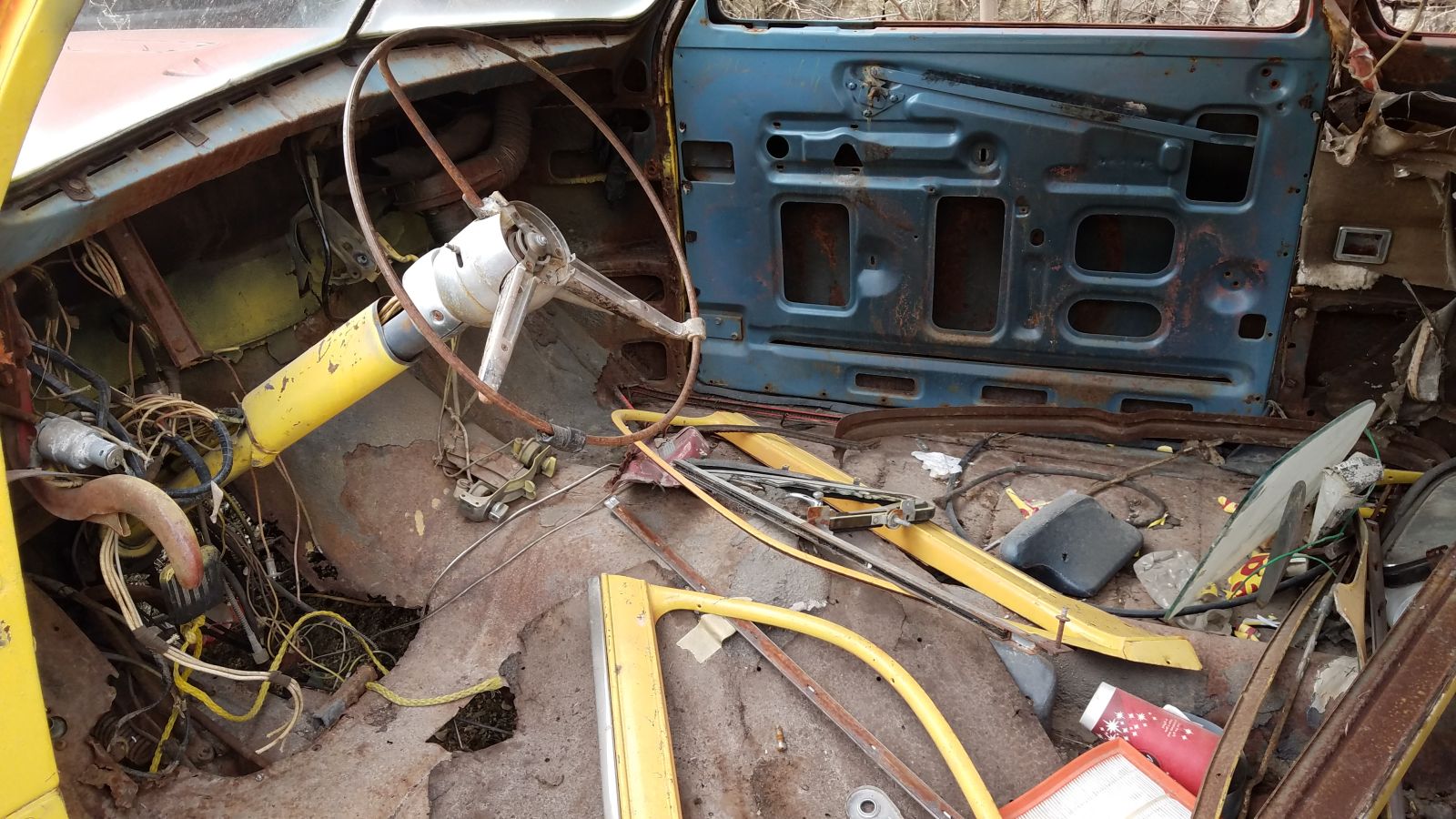 The interior has long since been gutted, probably to live on in other, less rusty early-1950s Chrysler cars. 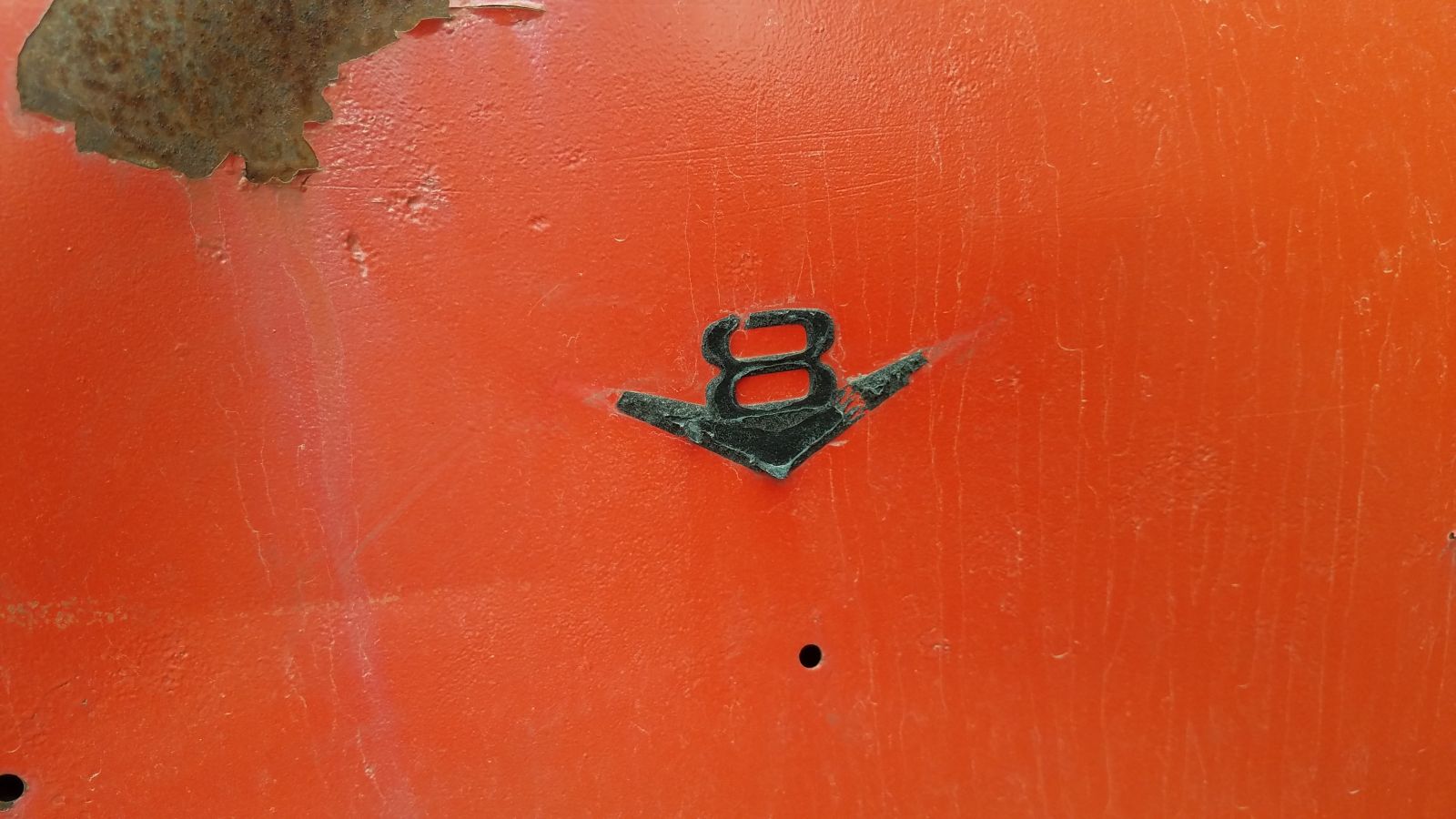 The Windsor— and the body number makes it clear that this car did start life as a Windsor— came with a 251-cubic-inch Chrysler flathead six-cylinder engine. The New Yorker had a straight-eight flathead. V8s weren't available in Chryslers until the advent of the Hemi V8 the following year. This car may have had many engine swaps during its lifetime, but we have no way of knowing the details. 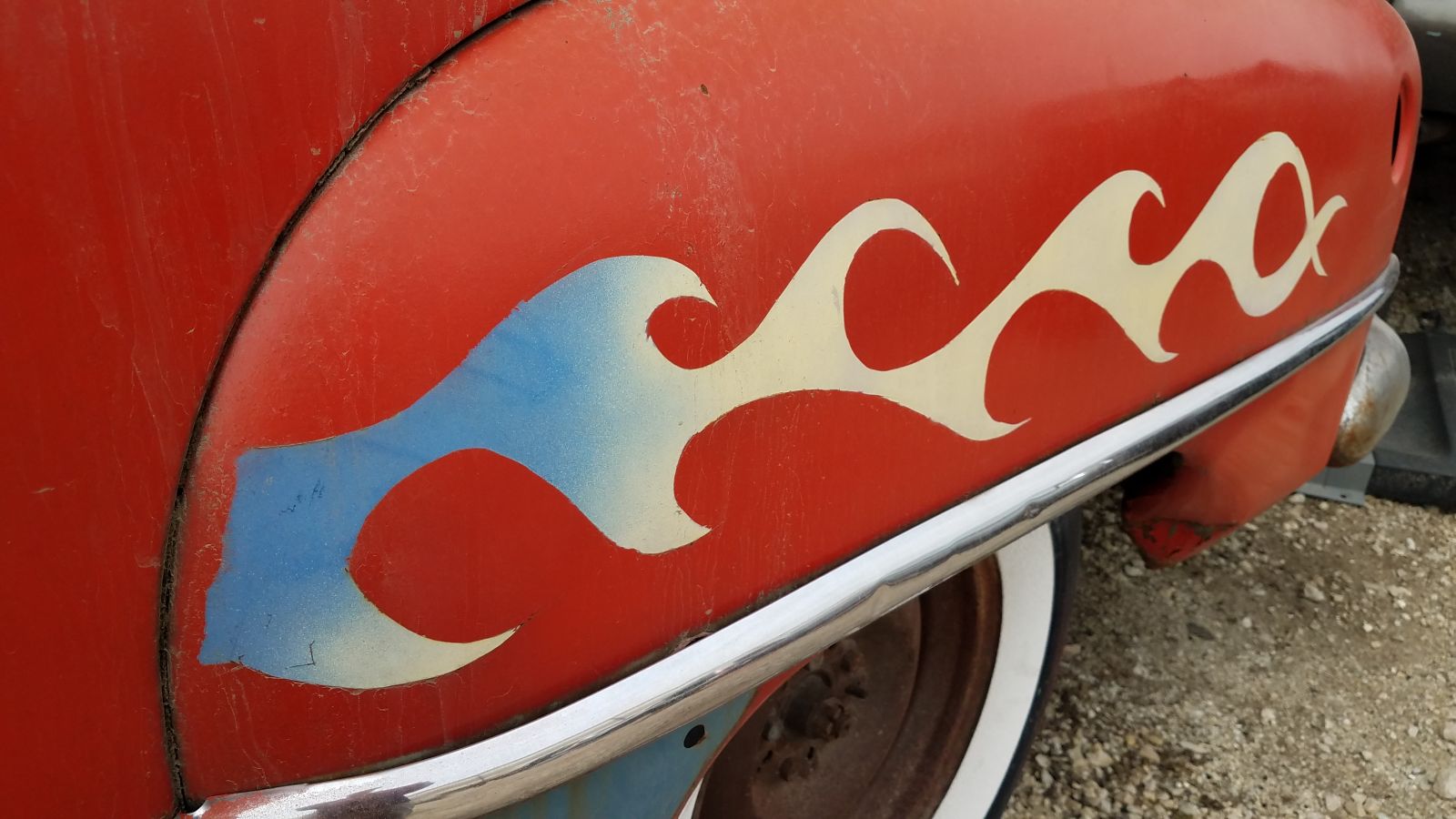 Atop the rust and body filler, some lovingly applied stenciled-on flames. Someone felt proud of this car, even at the very end.