Reese Counts
After years of teasers, spy shots and faint whispers, the fifth-generation Toyota Supra finally makes its debut at the 2018 Geneva Motor Show. The Toyota GR Supra Concept might be a focused, track-prepped race car, but Toyota is making no secret that this heralds the return of the production car to showrooms. The final production model may still be a ways off, but the GR Supra Concept will be available in "Gran Turismo Sport" starting in April.

After four generations, Supra production ended in 2002, having disappeared from the U.S. after 1998 after years of slow sales. Sixteen years — or 20 depending on how you look at it — is a long time to be away. That's eons in the auto industry, and the Supra has a lot of catching up to do. The new car was only made possible thanks to a partnership with BMW, as the Supra shares a platform with the next-generation BMW Z4. 
The GR in the concept's name stands for Toyota Gazoo Racing, the team behind the Japanese automaker's recent efforts in Le Mans and the World Rally Championship. The original Supra competed in IMSA, Le Mans and All-Japan GT (now known as Super GT) racing, taking four class championships in the latter.

Details are few. The car is 180 inches long, 80.6 inches wide, 48.4 inches tall and has a wheelbase of 97.2 inches. Power is sent to the rear wheels, but we don't know what it uses for an engine or transmission. The GR Supra Concept uses composite materials for the bumpers, hood, front splitter, rear diffuser, side skirts, door mirrors and the rear wing. The hood features louvered air vents. The windshield and side windows are plastic.

Despite the low ride height, Toyota says the suspension uses production parts. The BBS racing wheels are fitted with Michelin tires. The brakes come from Brembo. Inside, the GR Supra Concept is all bare metal and carbon. There's an OMP seat, harness and quick-release steering wheel. The wheel itself looks as complex as anything in Le Mans or Formula One. Toyota says the roll cage, fire extinguisher, fuel and brake lines, pedal box, battery and wiring looms are all competition spec.

This is just a preview. A production car is coming, though we don't quite know when. 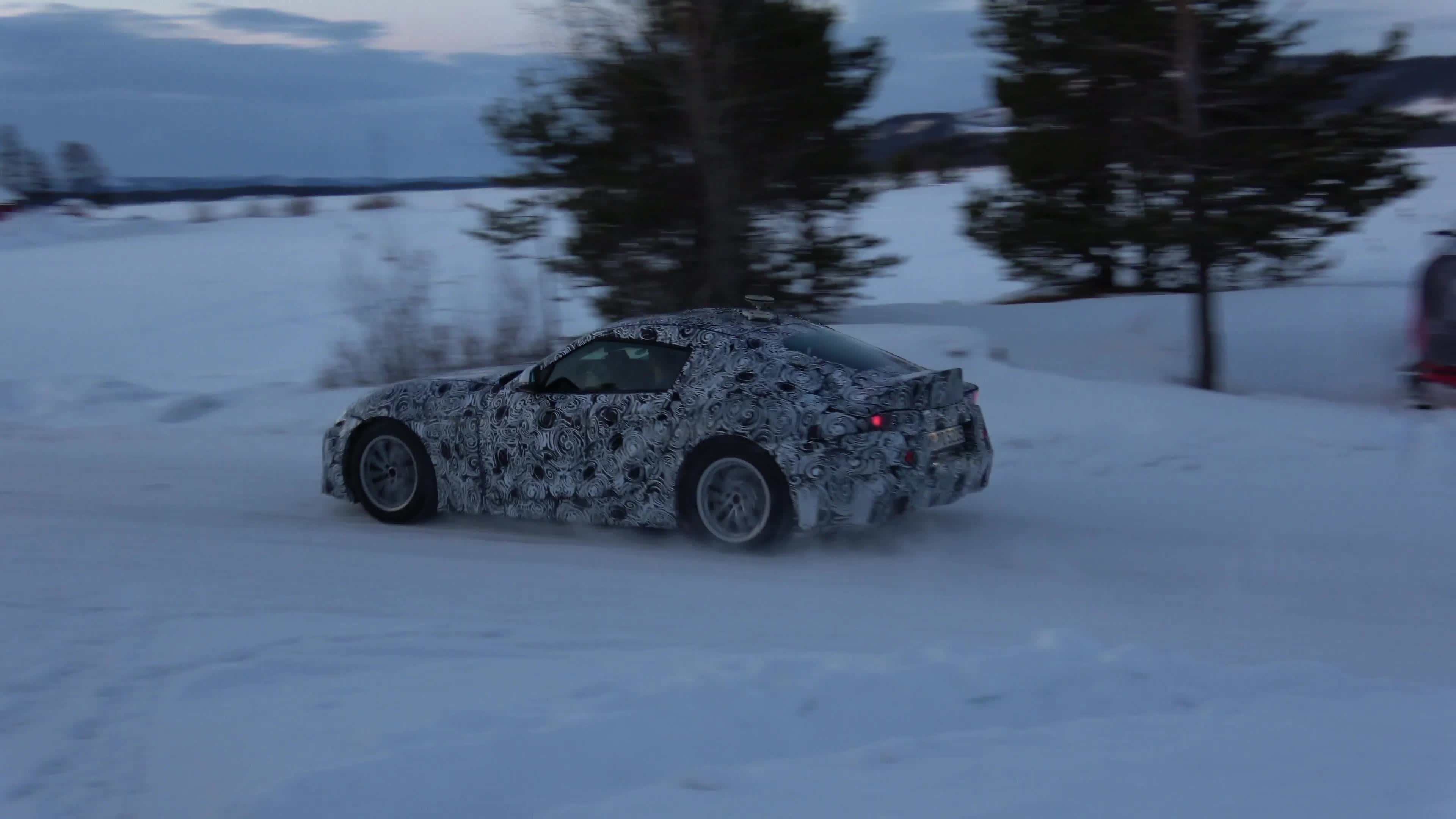