The Spanish carmaker SEAT will show its Cupra e-Racer at Geneva.

Full electric racing cars are hitting the tracks everywhere you look. Not a long ago we reported that electric racers would form the headline category of the 2020 World Rallycross Championship. Reportedly, an electric touring car series will support the Formula E series. And Jaguar announced a one-make I-Pace eTrophy racing series will run alongside Formula E in the upcoming 2018/2019 season Whatever the future might hold, manufacturers are readying their offerings to reflect the turn in the zeitgeist. 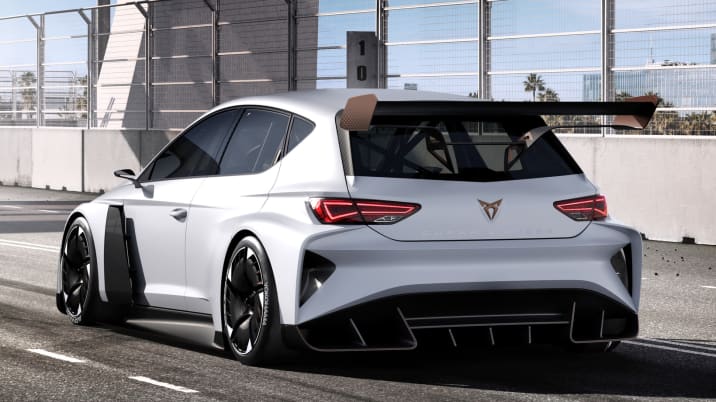 The Spanish, Volkswagen-owned carmaker Seat has now announced its Cupra e-Racer, which will be formally unveiled at the Geneva Motor Show. The manufacturer calls it the world's "first 100 percent electric racing touring car", which it might well be. The car, based on the Cupra Leon TCR touring car, will serve to start off a new E TCR category.

The power output is notable, as the Cupra e-Racer can deliver 300kW (~400 hp) of continuous power, with peak power of 500 kW or 670 hp. The racing car will probably function as a halo car of sorts for the newly spun-off Cupra brand, that will serve as Seat's sportive arm. Cupra will also take over Seat's entire motorsport and racing division, which was earlier under the Seat Sport moniker. Seat's tweet speaks much of their intentions for the Cupra brand as well as the e-Racer: