It'd be located behind a "discrete door" just underneath the hood and forward of the door jam.

A newly issued U.S. patent shows that General Motors may be planning to include external airbags protecting pedestrians from collisions with the front side of its vehicles via a "discrete door" located along the side fender just underneath the hood and just forward of the A-pillar.

The patent from the U.S. Patent and Trademark Office is dated Dec. 5 and was issued to GM Global Technology Operations LLC for what it calls a "fender-located pedestrian protection airbag." GM originally filed for patent protection in 2014.

GM spokesman Tom Wilkinson told Autoblog the automaker has nothing to announce but added that "the pedestrian protection airbag could become an important engineering solution in the future."

Though it would appear to be new territory for GM products, the auto industry has been exploring the use of external airbags in vehicles for several years now. Volvo introduced the first pedestrian airbag at the base of the windshield in the 2013 V40 alongside a Pedestrian Detection system and designed to inflate upward from the rear of the hood. Yet Volvo may have discontinued the airbag in favor of pedestrian detection and auto braking; Autoblog sent a message to a Volvo spokesman seeking clarification. In addition, the auto supplier ZF TRW has also experimented with sidebody external airbags. 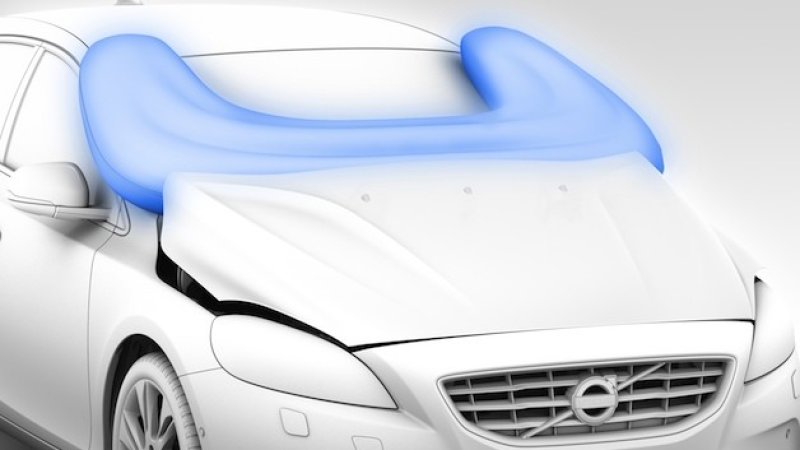 An illustration of Volvo's pedestrian airbag system in the V40.

GM's patent description describes a wide range of external airbag configurations, designs and assemblies, all located forward of the side door and just below the hood line, that could provide pedestrians protection from collisions along portions of the hood, windshield, an A-pillar or fender. It describes variations in which the airbag would deploy and push the hood upward, similar to Volvo's system, deploy above and beside the raised hood, or even completely or partially detach the hood. The patent language does not describe the technologies used to detect imminent collisions with pedestrians and trigger an airbag deployment, but GM has been developing pedestrian-detection systems that integrate WiFi Direct with sensors and driver-alert systems already in use in its vehicles and appears to be installing the technology standard in at least some new vehicles.

GM says the airbag module and inflator could be attached to the vehicle's structure inside the side fender area with a deployment door that drawings suggest would look similar to a fuel door. It could be tethered to the vehicle body to stabilize the cushion during deployment.

The airbag module "may be constructed and arranged to deploy through a discrete door when deployed," GM says in the patent filing. "The discrete deployment door may include at least one snap feature which may attach to the vehicle in a number of locations including, but not limited to, a fender, a body structural member, or the hood." We'll have to wait and see what, if anything, GM does with its engineering solution. 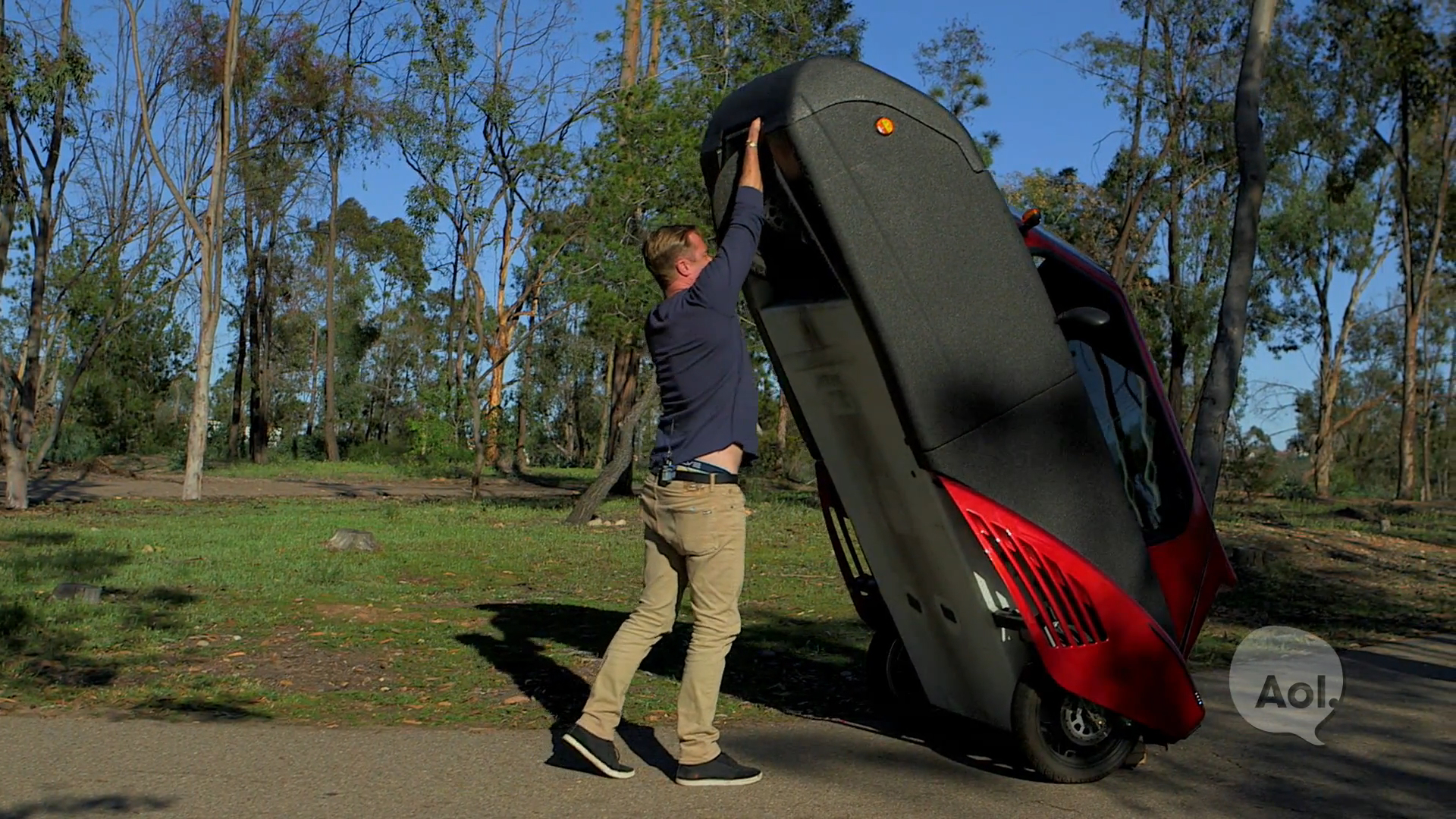