It's great off-road, but how does this popular SUV perform everywhere else?

James Riswick
The 2018 Toyota 4Runner should be an irrelevant dinosaur. Not only is it a body-on-frame SUV roaming a land dominated by car-based crossovers, it's an incredibly old one at that. The 4Runner's last major refresh was in 2010, making it past the usual six-year product cycle, and although a Toyota marketing executive recently confirmed a new one is in the works, there's a good chance this one will be soldiering on for at least another two model years.

And yet, like a good bottle of wine, the 4Runner would seem to be getting better with age. Well, more popular, at least. Toyota sold nearly 112,000 of them in 2016, up from 97,000 the year before and more than doubling its yearly sales from 2010-2013 when it was young buck. It's on pace for at least 125,000 in 2017. The economy and fuel prices obviously have a lot to do with that increase — ditto anything vaguely SUV-like — but it can't be ignored that an old version of an old-school vehicle is selling better than a great many family crossovers. The similarly antiquated Nissan Pathfinder, GMC Acadia and Dodge Durango crossovers fell well short of it in 2016. The recently redesigned Honda Pilot and Kia Sorento just squeaked past.

So what are people getting themselves into when they sign up for life in a Toyota 4Runner? Is it the type of extreme compromise the 191,000 brave souls who bought a Jeep Wrangler are in for? Or are they living an adventurous automotive life while another 191,000 bored souls ferry the kids about in Toyota's more modern take on the midsize segment, the Highlander?


I wanted to find out, because despite reviewing cars for more than 13 years, I have never driven a 4Runner. As it turned out, it is far less compromised than I was expecting. Yes it's rougher than a Highlander, yes it's slower and less efficient, yes the steering is slow and the handling worse. And given its advanced age, there's a lot of grey at its temples — there is no safety tech available, the touchscreen is rinky-dink and you actually have to hold down the turn signal stalk to make it blink three times.

And yet, the 4Runner is also substantially more interesting and characterful to drive than virtually every similarly sized crossover without being hopelessly truckish. It also is of a just-right size, especially in terms of its cargo area, which is usefully large and boxy at a time when most crossovers are losing practicality in favor of stylishly raked D pillars. That makes it better for hauling around bulky items, it's just about perfect for big dogs (they'll love the huge rear quarter windows) and that flat, upright tailgate allows for perhaps the 4Runner's coolest element — the roll-down rear window. Correct me if I'm wrong, but only the 4Runner and its Sequoia sibling feature one.

Watch the video above for my full take on the 2018 Toyota 4Runner. Not only was it much better than I was expecting, it was one of those rare cars I didn't want to give back at the end of the weeklong loan. 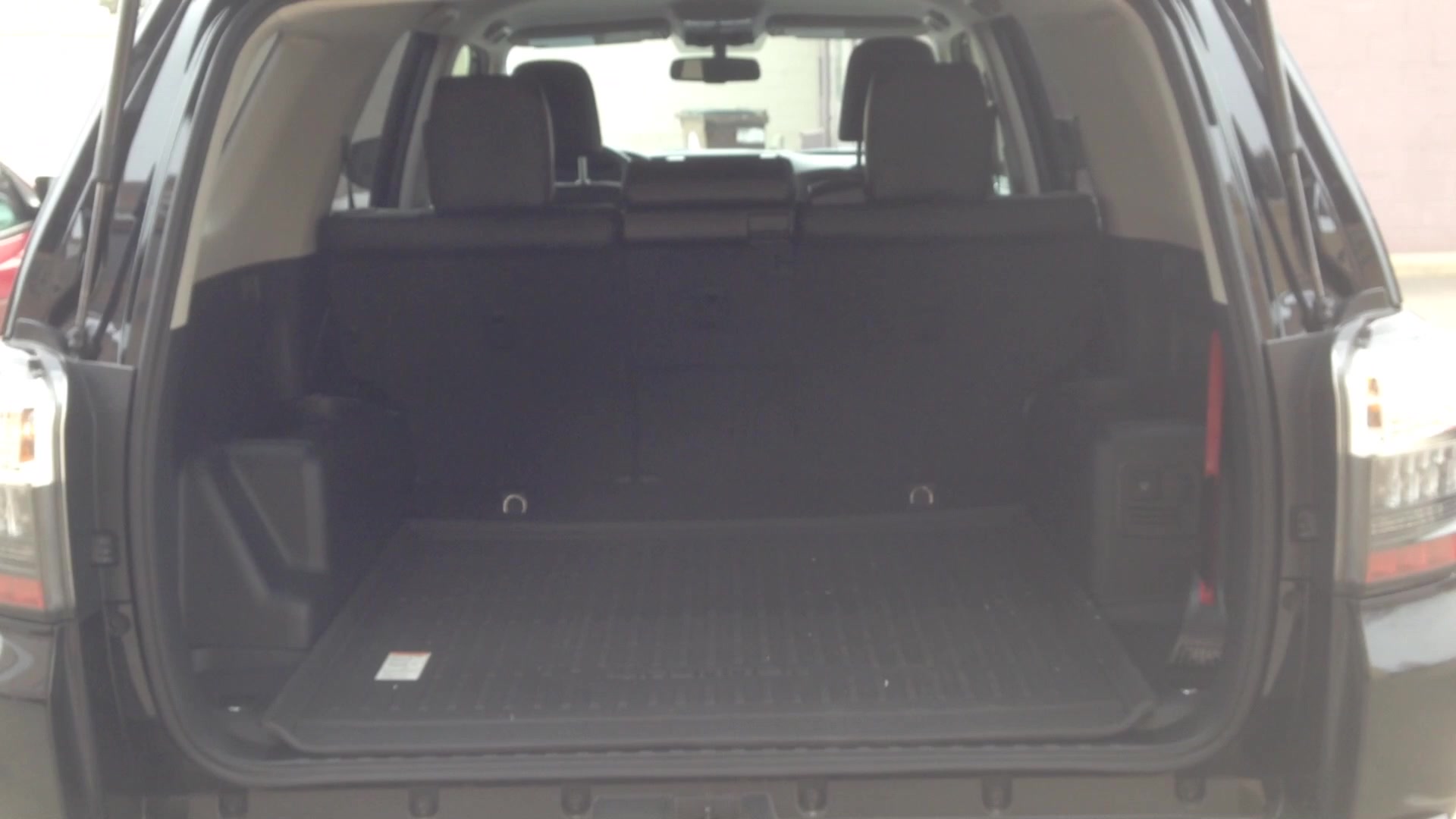