Yes, even Toyota Vans got this treatment during the 1980s. Toyota's LiteAce van was sold in the United States as, simply, the Toyota Van. It was a small forward-control van with a sturdy-but-low-powered four-cylinder pushrod engine, and most American van/wagon shoppers didn't quite know what to make of it. This one, unusually, has been given the conversion-van treatment; I photographed it in a Phoenix wrecking yard a few months back. 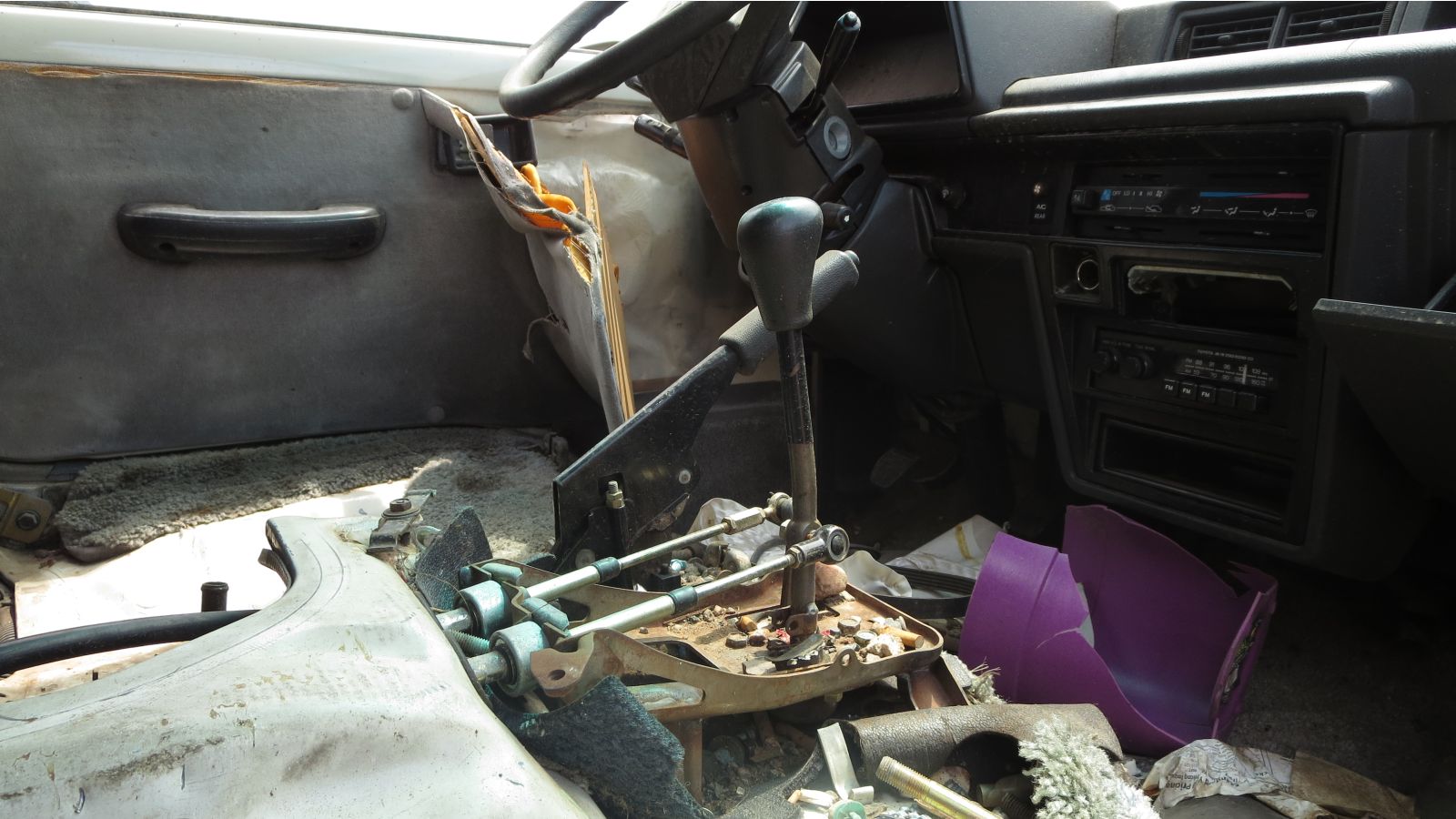 While Chrysler made U.S.-market minivans with manual transmissions through 1995, these are rarer than two-headed snakes; most Toyota Vans sold here had automatics as well, but perhaps one in 10 had a five-speed. This van is one of those. 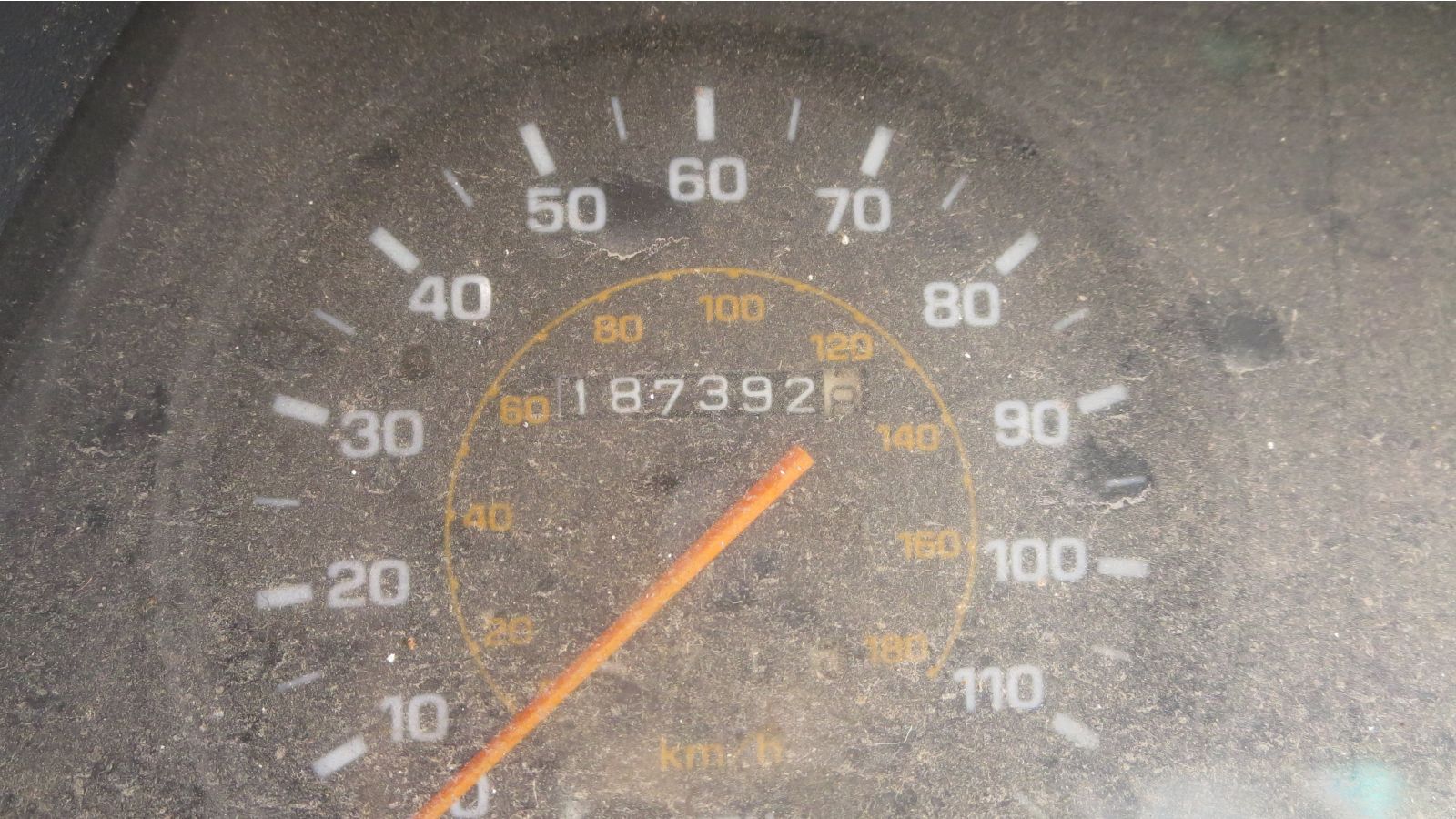 I don't see many of these vans with under 200,000 miles on the clock, so this one must have been parked for years at a time. 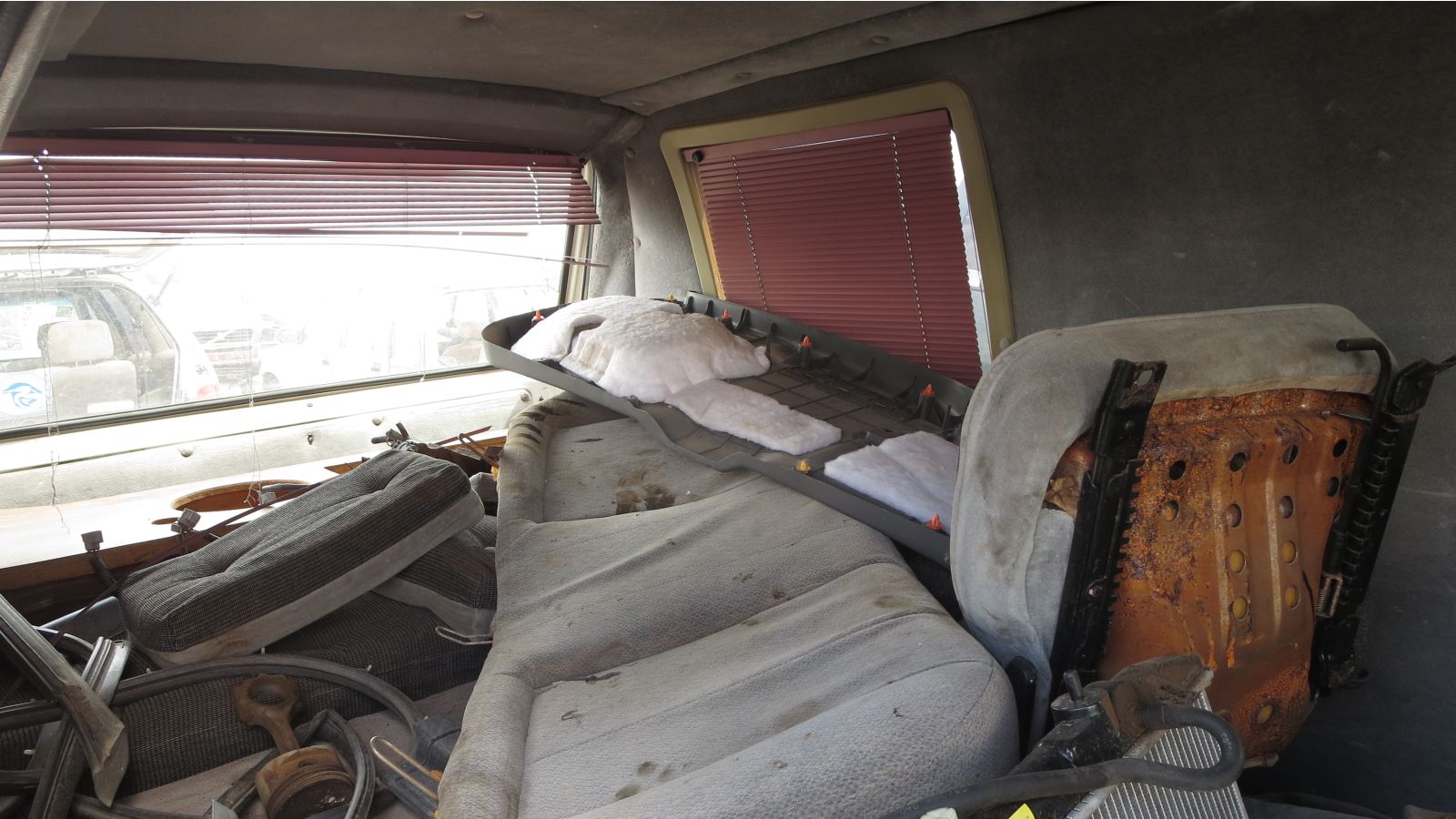 It wouldn't have been suitable for hauling a family of nine in comfort, but three or four people could have done some nice camping here (prior to the junkyardization of the interior, of course). 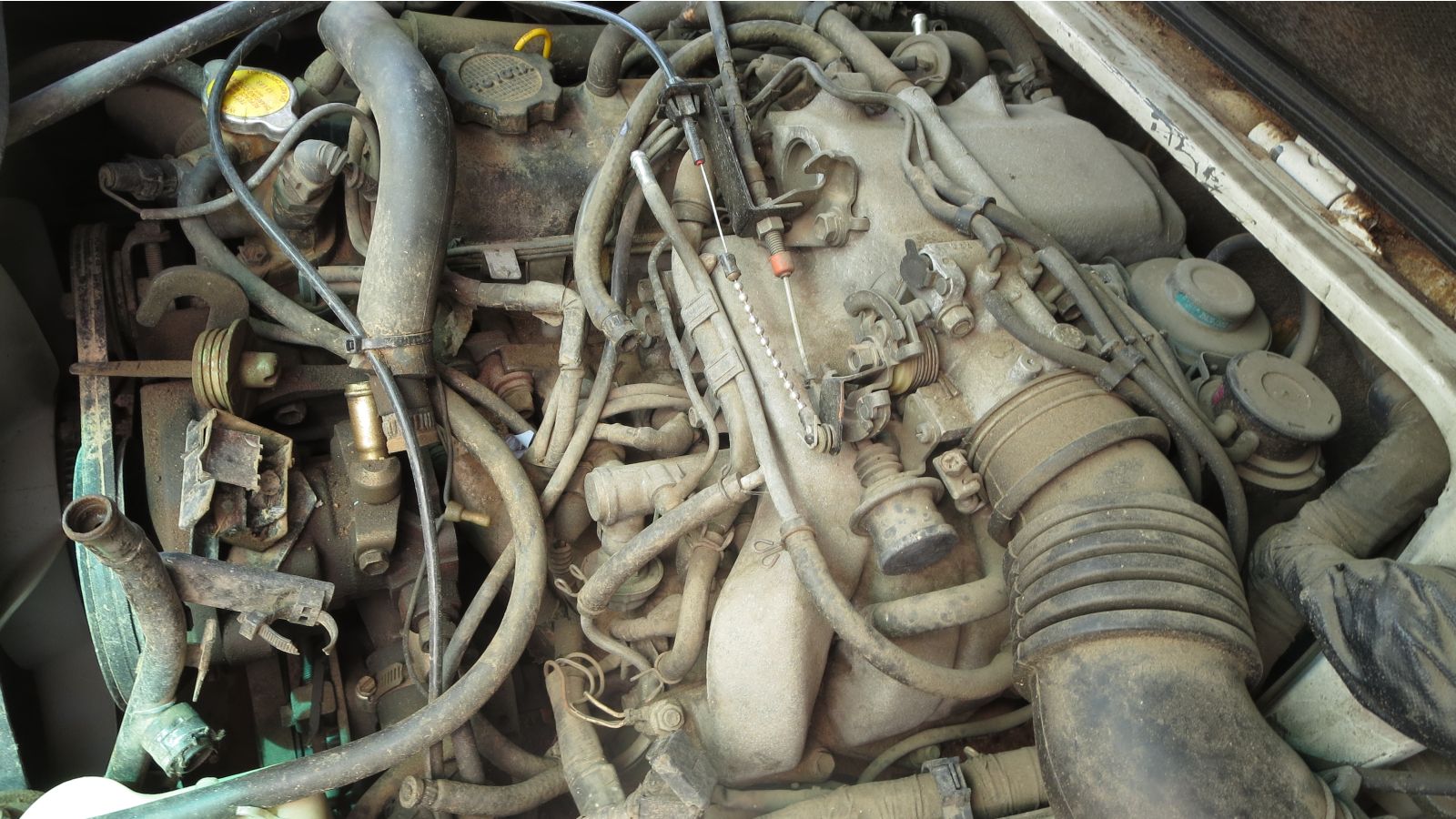 The engine is a 1.8-liter pushrod four making 77 horsepower. The engine lives in a doghouse between the front seats, in true forward-control van style.

It's a wagon when you want it and a van when you need it!