Or maybe it's just a bad odometer. You be the judge!

Because most vehicles didn't get six-digit odometers until the 1980s, it's impossible to tell whether, say, a 1964 Dodge Dart has driven 76,441 miles or 776,441 miles. This means we are limited to mileage speculation with these cars. I see junkyard 1980s Accords and Cressidas showing odometer readings around 300,000 miles pretty regularly, and I found a Mercedes-Benz 190E with 601,173 miles a few months back. Here, however, is a car with the highest six-digit reading I have ever seen in a wrecking yard: 930,013 miles on a 1982 Volkswagen Rabbit Cabriolet, spotted in Denver recently. 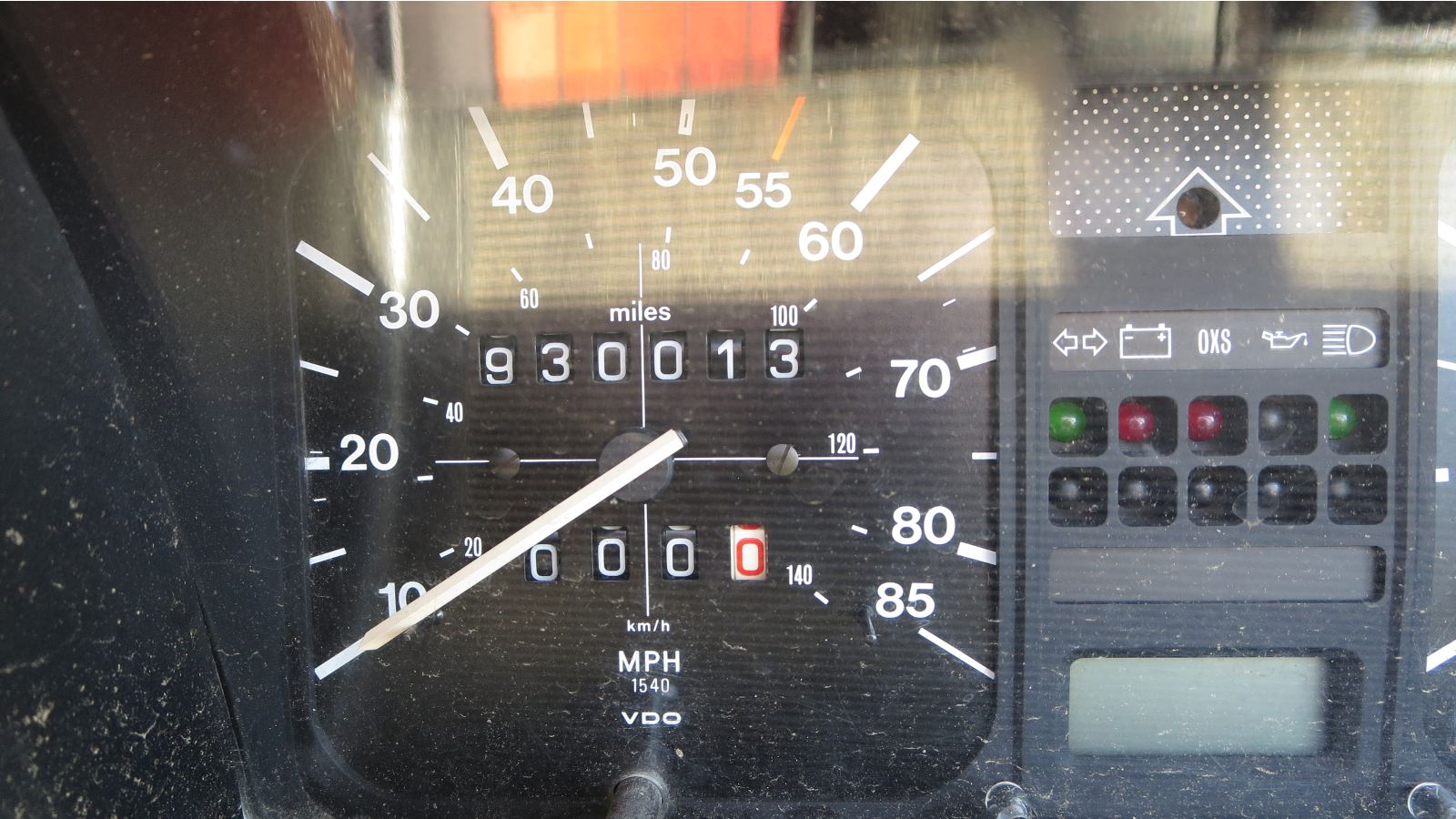 Now, we need to take this reading with a couple of grains of salt. First, beloved as Mk1 Golfs may be, even the most ardent Volkswagen zealot will admit that they weren't known as particularly robust vehicles (the dreaded K-Jetronic fuel-injection system alone has driven many mechanics mad, for example). Second, the odometers on these cars have a reputation for flakiness, with number reels sticking together and adding a hundred thousand miles at a shot. So, perhaps this reading isn't real ... but what if it is?! 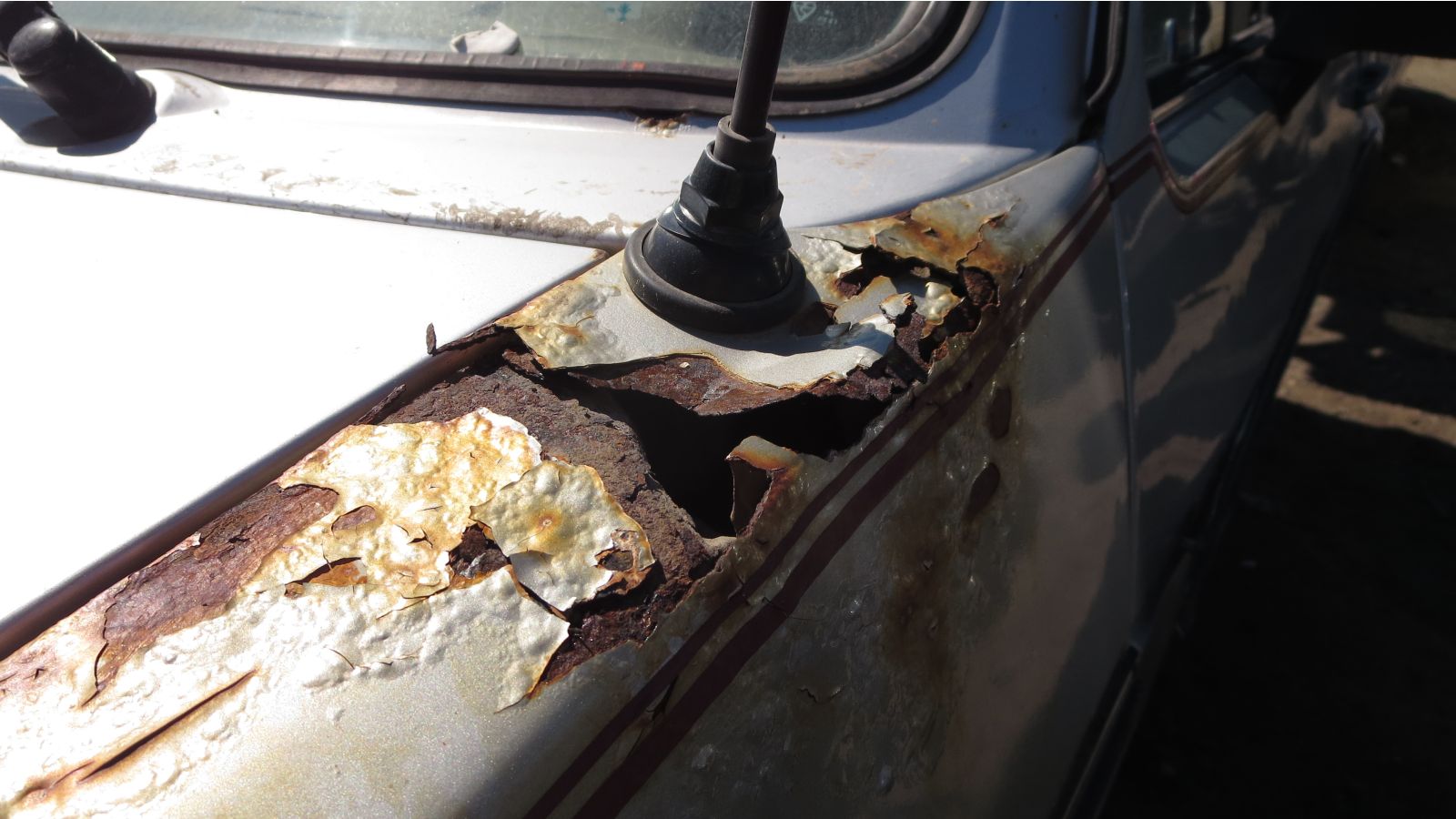 If true, that mileage figure would make this car a contender for the title of highest-mileage Golf in the world! 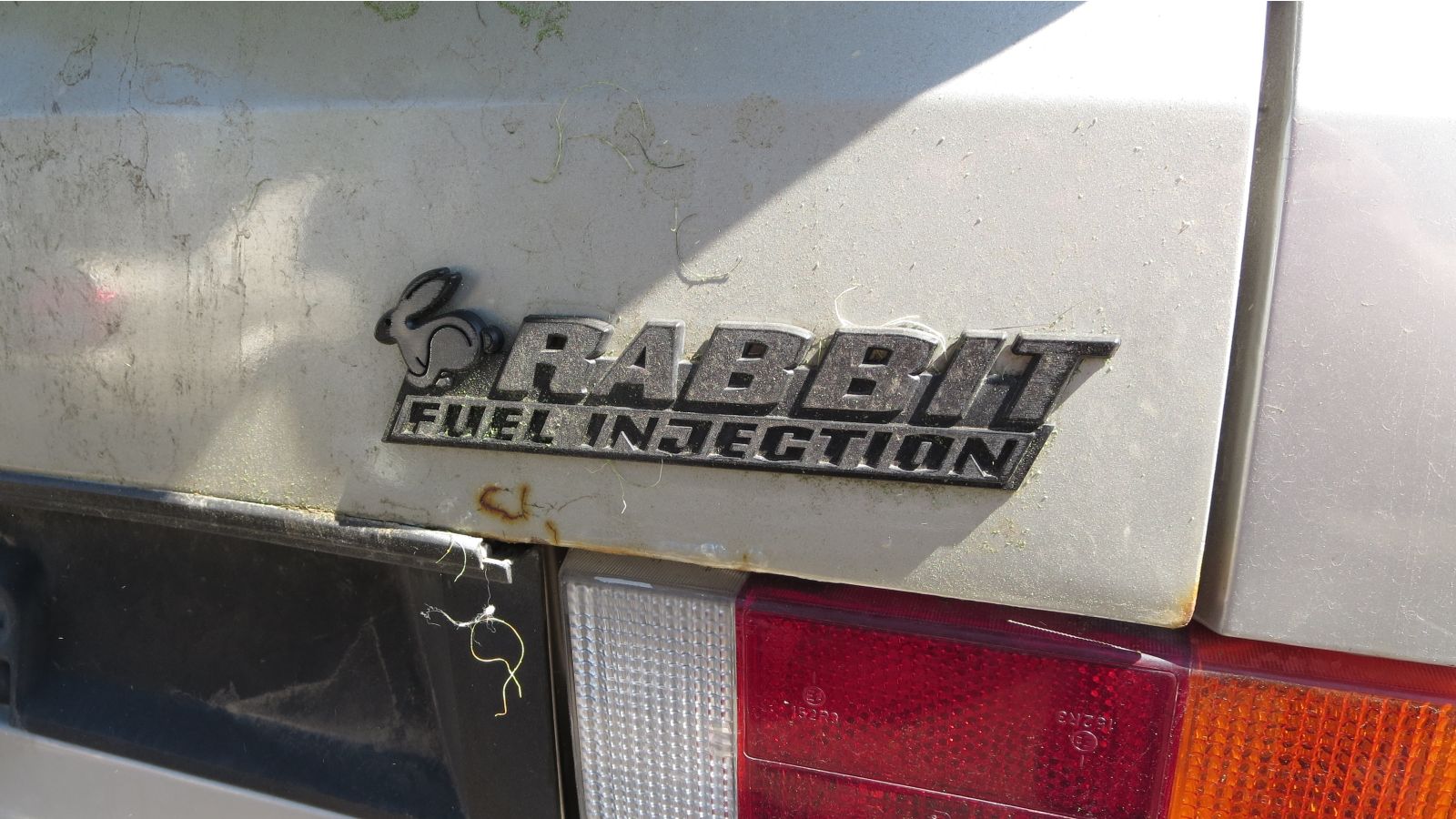 In 1982, the U.S.-market Rabbit had 74 horsepower from a 1.7-liter four-cylinder engine, which was enough to move the 2,126-pound convertible without too much misery. I took my driver's-ed classes in a 1979 Rabbit Diesel with an astonishing 48 horsepower, and that was misery. 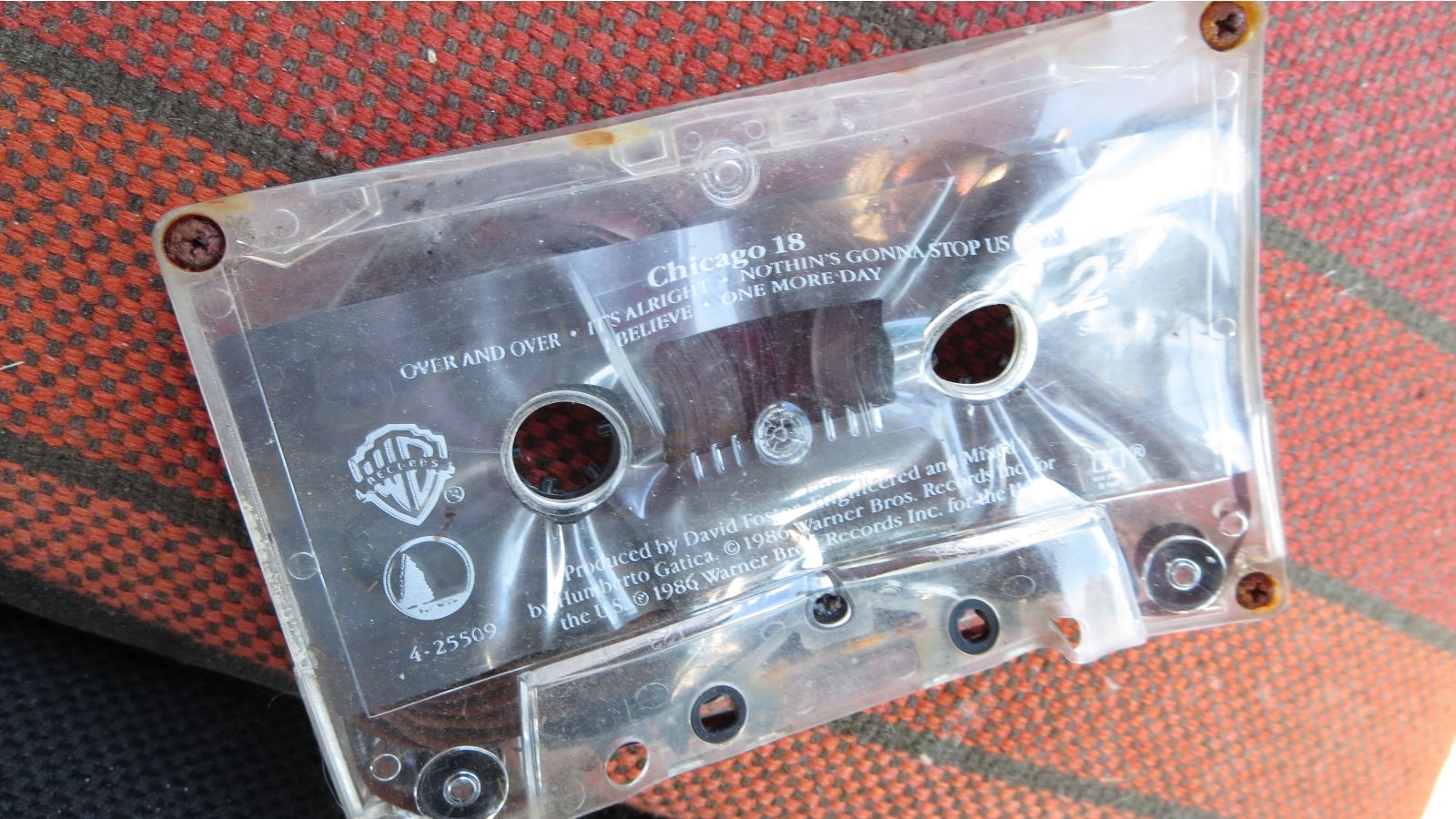 Whether it's 930,013 miles or 104,944 miles, this car served its owner or owners well during its 35 years on the road, and now its constituent materials will be returned to the automotive ecosystem. 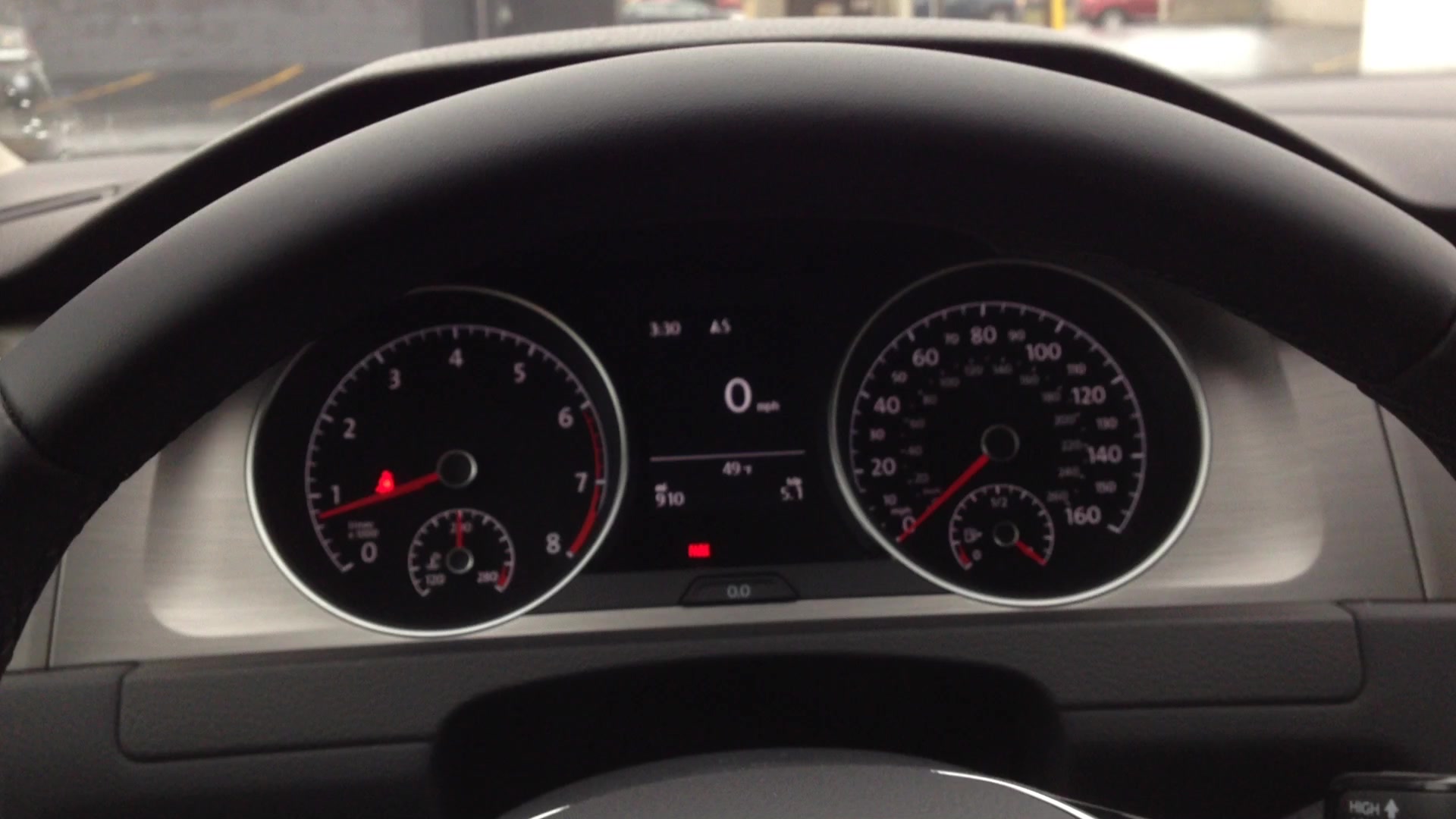