The downsized and mostly overlooked sixth generation of the Lincoln Mark Series. The Lincoln Continental Mark Series debuted in the 1956 model year and ran until 1998, with a hiatus for most of the 1960s. The Mark V was absolutely enormous, weighing well over two tons, but certain geopolitical events conspired to jack up fuel prices to the point at which a somewhat smaller Continental Mark made sense. Here's an example of that car, found in a San Francisco Bay Area self-service wrecking yard. 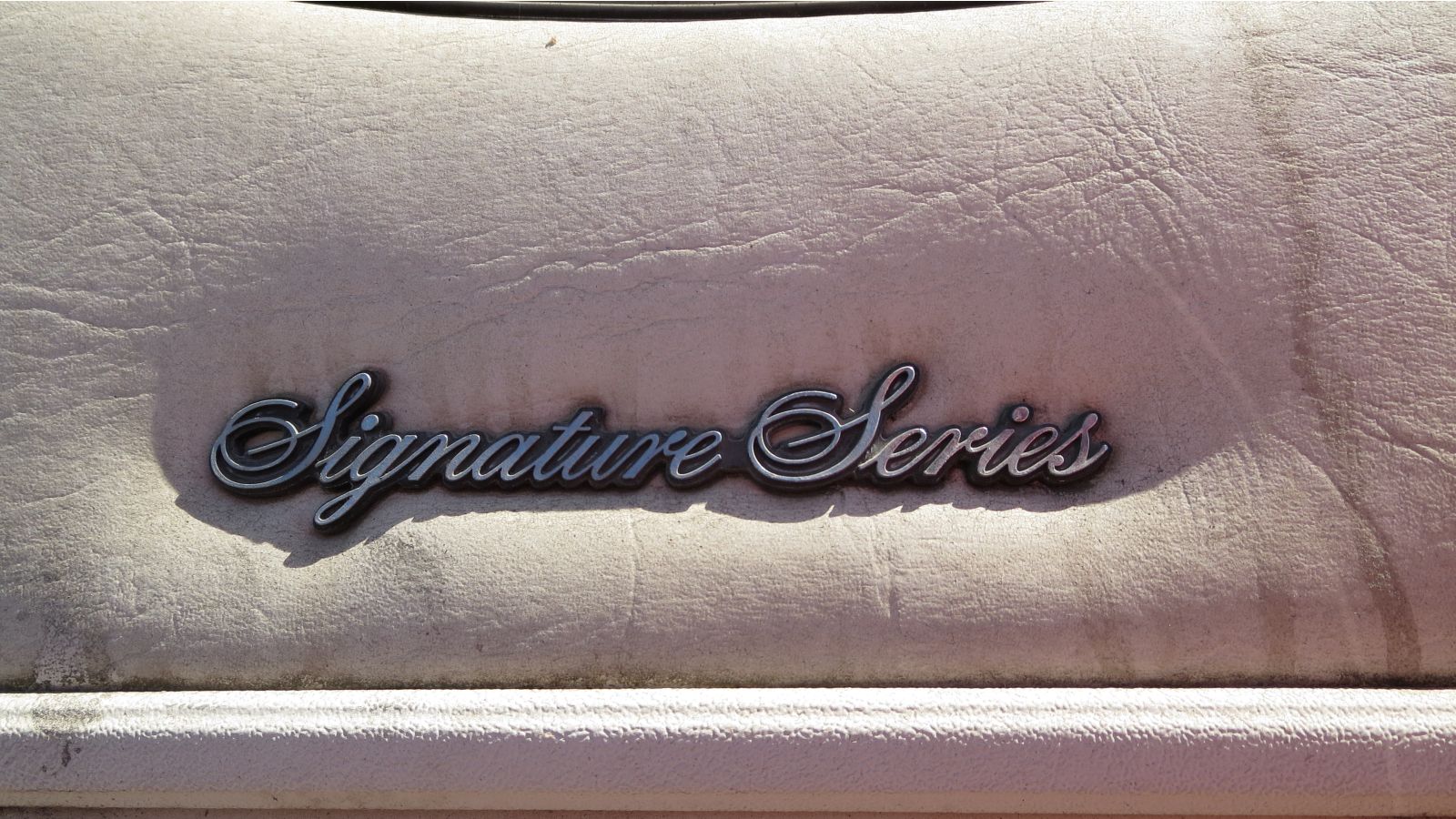 The Signature Series was a step up from the base Mark VI, but not quite as snazzy as the Designer Series cars (which featured styling by Emilio Pucci or Bill Blass). 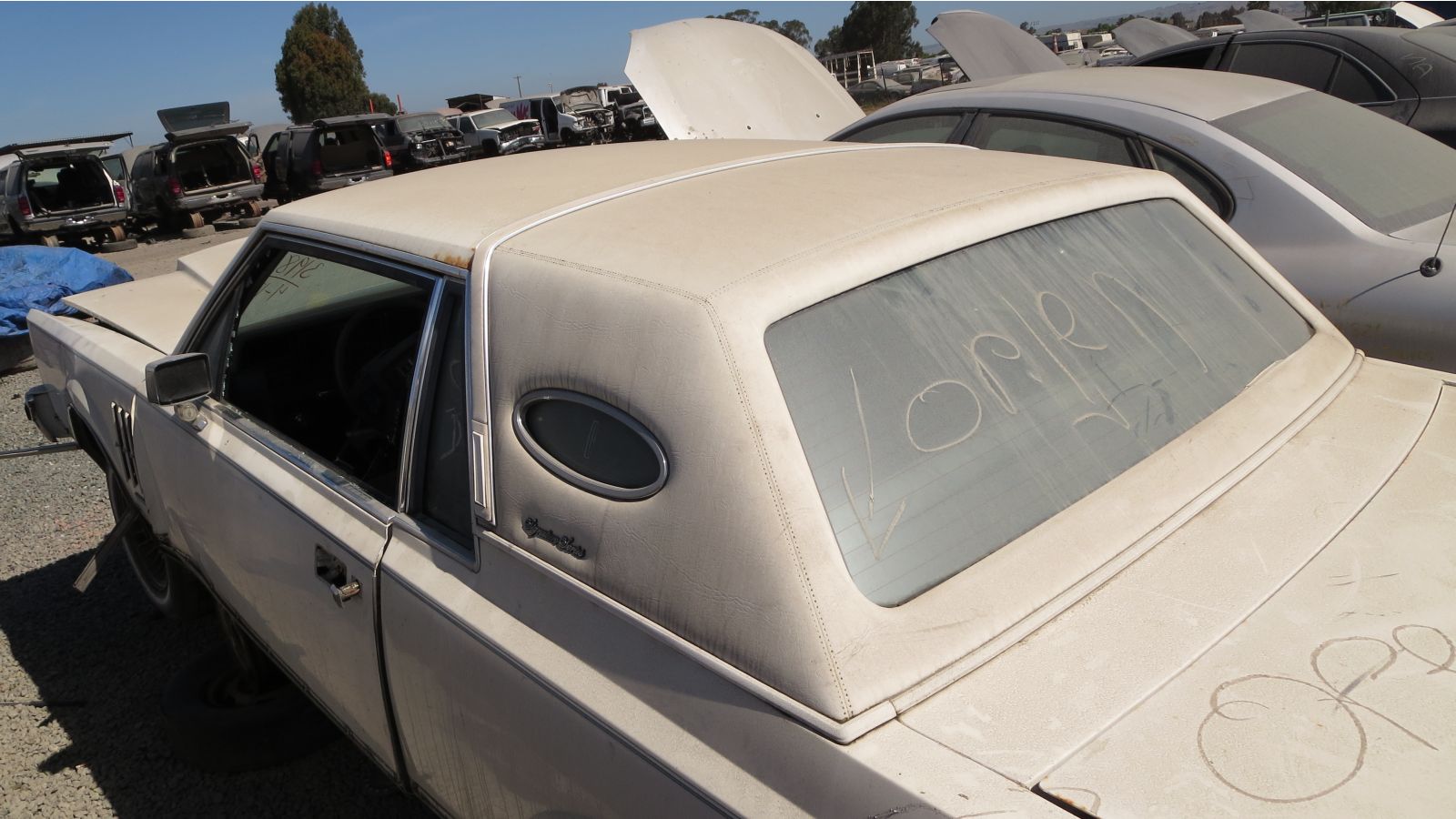 The Mark VI was built on Ford's Panther Platform, the same one used all the way through the final generation of Ford Crown Victorias and Mercury Grand Marquis and into our current decade. It was a good 500 pounds lighter than the Mark V, but quite a bit less opulent as well (in spite of the opera lights, porthole windows, and padded roof). 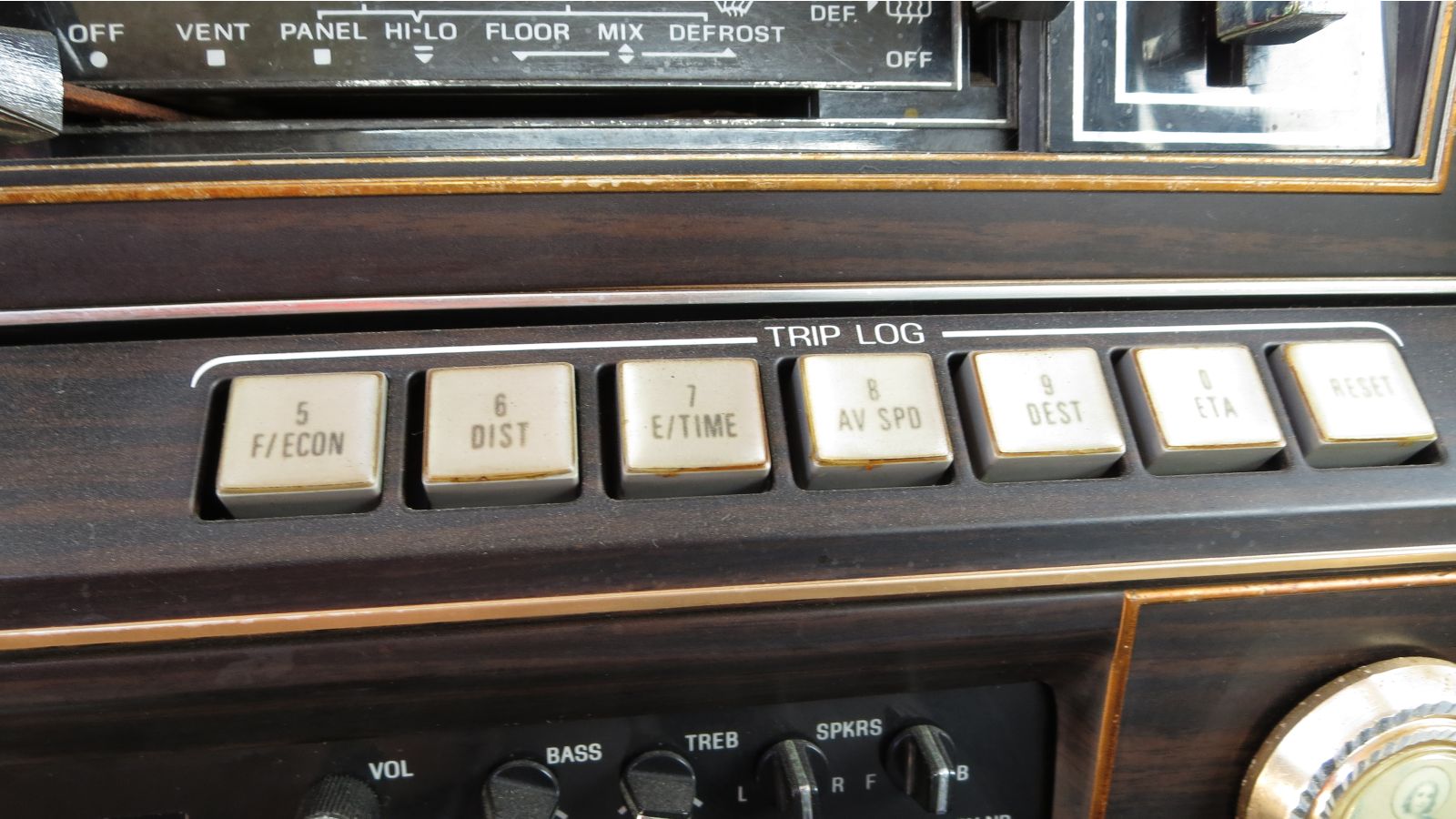 This one has the then-very-futuristic digital instrument cluster and trip computer. 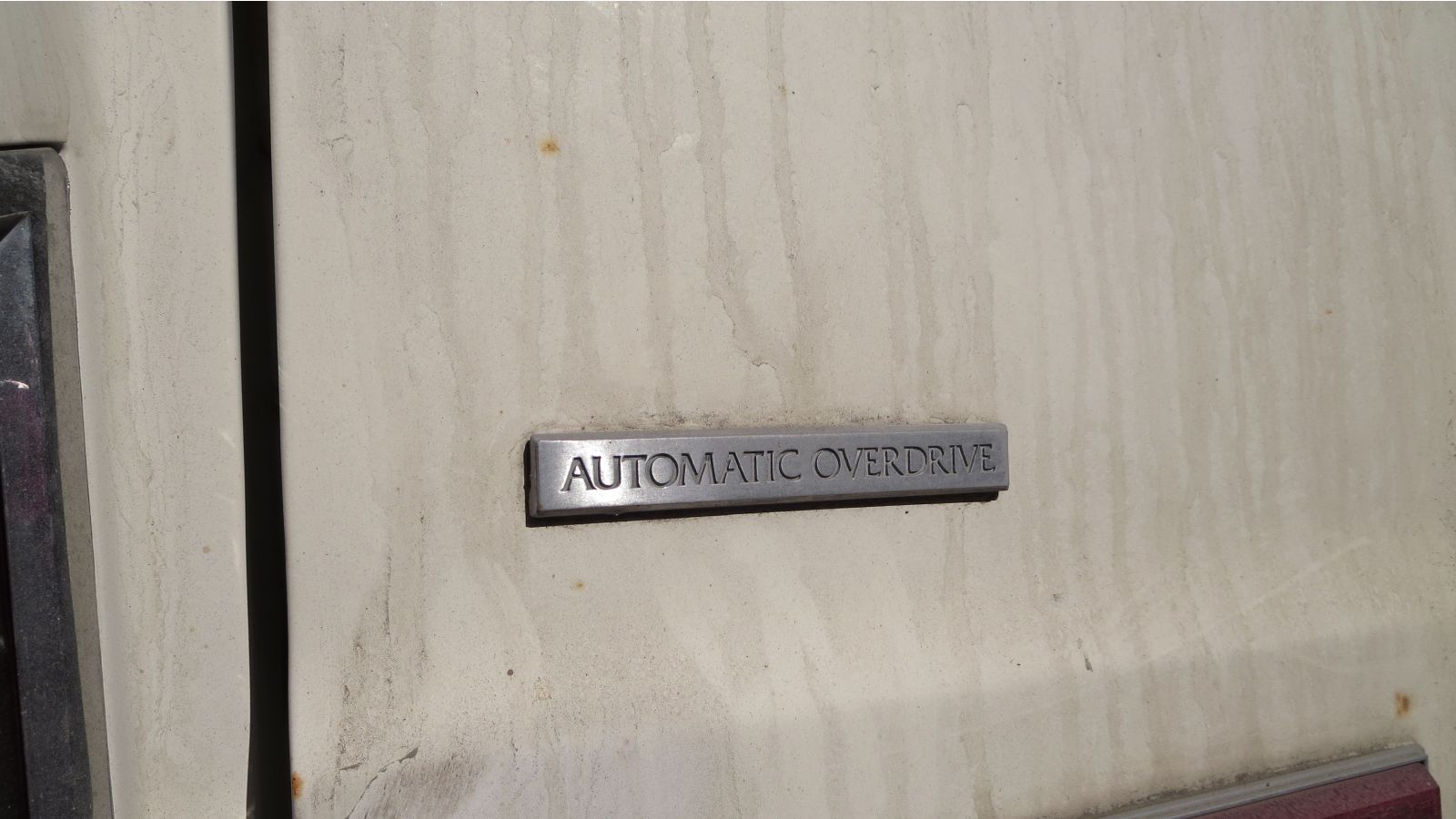 Electronic fuel injection and four-speed automatic overdrive transmissions were still worthy of bragging rights in 1983, and so this car has badges for both features. 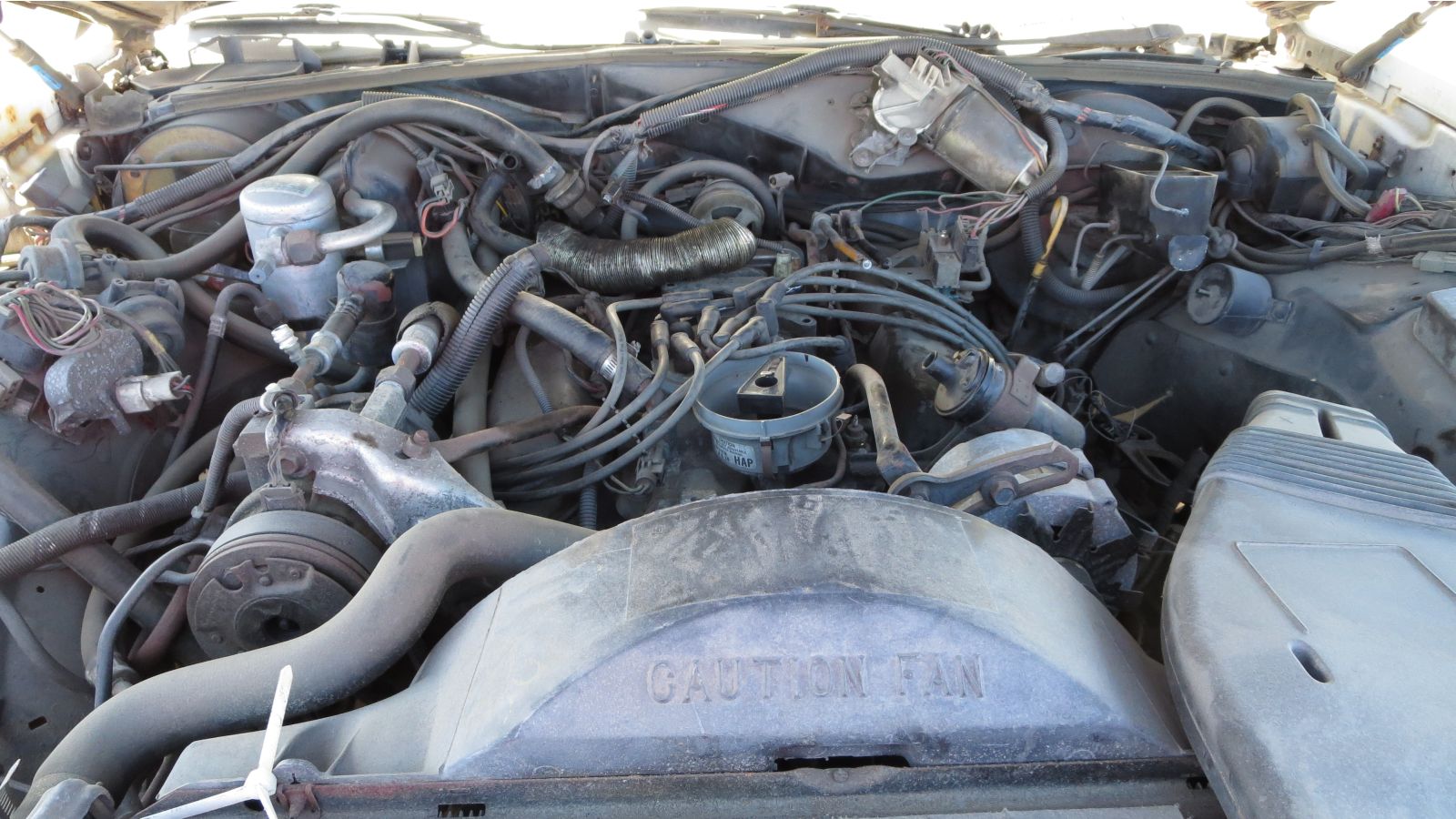 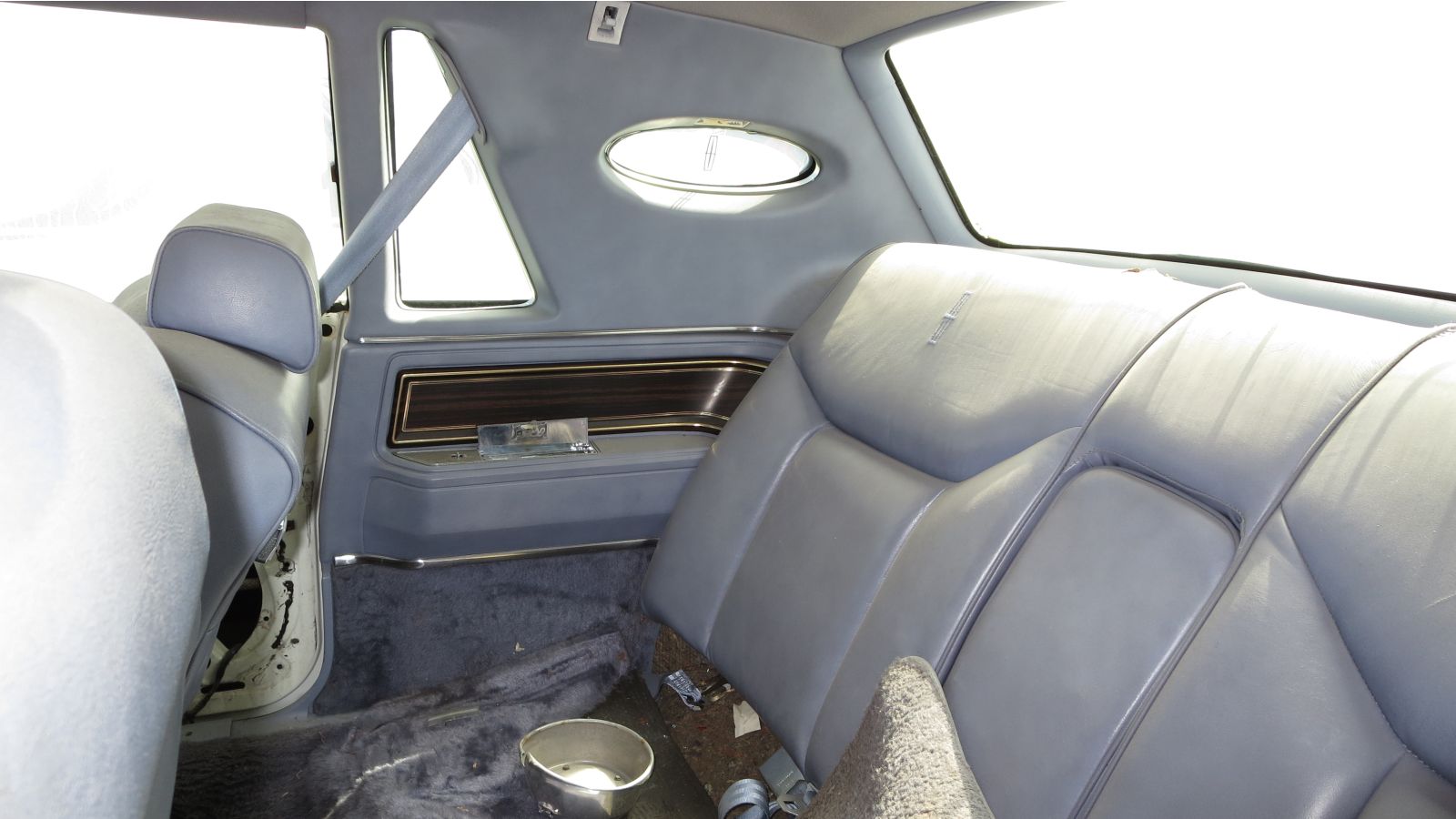 As well-designed as a phonograph turntable or a 16mm film camera, the most desired possessions of the era.
An electronic brain that manages five separate engine functions!