Alex Kierstein
You might remember the Riding Assist Motorcycle concept, a self-balancing bike that debuted at CES. At first blush a self-balancing motorcycle that doesn't use gyroscopes to level itself – instead using automated steering inputs and a variable-geometry front fork, the particulars of which are explained in the great video by Engineering Explained host Jason Fenske above – you might not be so shocked. "Gyros are heavy," you might think, "and expensive. Of course it makes sense to ditch 'em. Why didn't anyone think of this sooner?"

You've seen bicyclists doing "track stands", balancing at a stop light either for practical reasons (they're clipped into the pedals) or less so (it looks cool). That's the same idea at play here, except to get a motorcycle to do this on its own you've got to add some serious complexity. Honda's solution is emulate what a skilled bicyclist does during a track stand: move the wheels around. To do this, you need to utilize indirect steering; it's steer-by-wire, with a motor actually providing the front wheel movement, just like cars with electric steering racks. There's a motor that changes the rake of the front fork, changing the trail. To provide more stability at low speeds, the Riding Assist Motorcycle removes trail to make the wheelbase longer at low speeds. 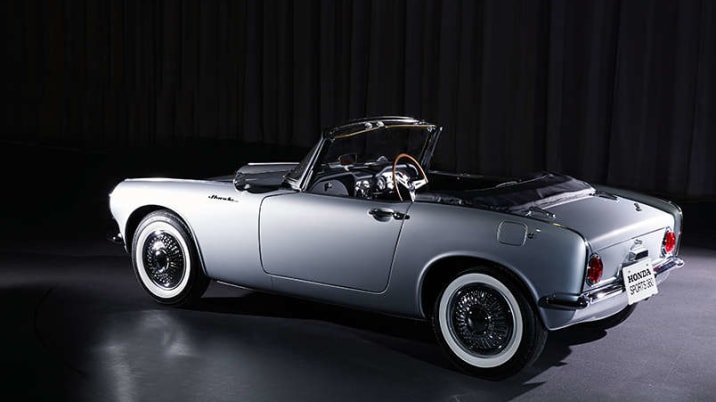 It's the sort of elegant, slightly unexpected solution to a problem that at one point was the hallmark of Soichiro Honda's company. He was famously an unconventional thinker. Honda was originally a motorcycle manufacturer, and the company's very first car, the S360 roadster seen above, used wildly exotic features like a crankshaft that spun on needle-roller bearings, dual overhead cams, and quad carburetors – one for each cylinder. It was tiny – 354 cubic centimeters – but it represented cutting edge, race-derived technology. It was a very Soichiro debut. 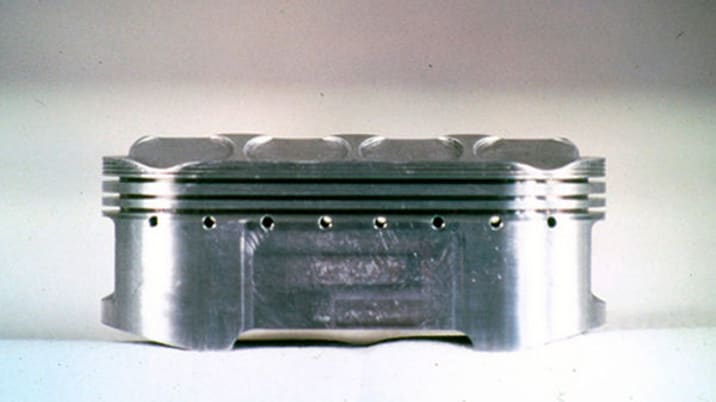 From there, things got weirder and more wonderful. There was the oval-piston NR500 racing motorcycle of 1979, which was about as different as it could possibly be from everything it raced against. It was a four-stroke when everyone else was using light, powerful two-strokes. The creative engineering got around a rigid issue: the rules only allowed four cylinders. To make the engine competitive, the engineers wanted to double the number of valves. There simply wasn't enough room above round pistons to do this, so why not oval pistons? It worked, although Honda ended up shelving it after coming close to resolving its teething problems. While not a success on the track, it was a powerful demonstration of Honda's philosophy. Honda's history page has the whole story, if you want to know more.

Not to say Soichiro or his company were faultless. The Honda 1300, a predecessor to the Accord, clung to air-cooling and lost the plot. It focused on fancy engineering, not consumer desires. But there were more successes than failures, somehow. The CVCC engine, which met 1970s emissions standards without an expensive catalytic converter. Or VTEC, which probably doesn't need any introduction.

So it is with the Riding Assist Motorcycle. Soichiro Honda died in 1991, but his influence remains (in a diminished form, certainly) in the spirit to which Honda's engineering staff will still explore unconventional solutions when less-than-ideal, conventional ones would suffice. Incidentally, the last car he approved personally was the Beat, a quirky roadster that embodies a lot of what he believed about cars and echoing his first vehicle, the Honda S360 discussed above. One of them is owned by our Editor-in-Chief, Michael Austin, whose drawn-out ordeal to bring the car into this country and fondness for it's esoteric charms serves as a reminder of the fascination Soichiro Honda's creations hold for some car enthusiasts. 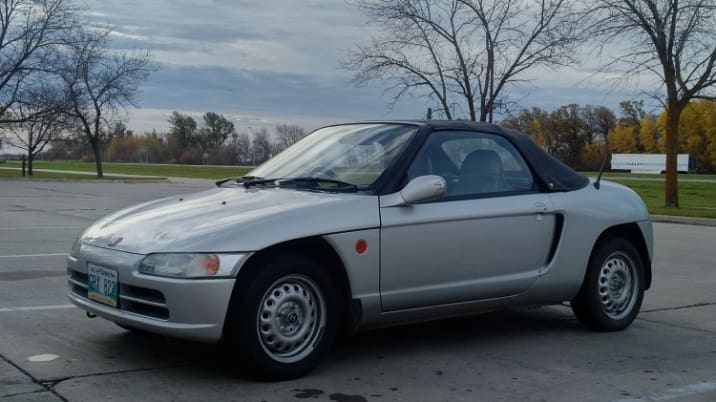 The Riding Assist Motorcycle is only a concept, but if it goes into production will it engender the same sort of geeky charm that Mike's Beat does for him? Who knows, but hopefully whoever buys one will appreciate the philosophy behind its wonderfully different approach.