One of the last of the old-school Dodge sedans. Except for the Viper, Prowler, and some Mitsubishi-derived AWD machines, all Chrysler cars went front-wheel-drive starting in the 1990 model year and continued that way until our current century. The last holdout was the Dodge Diplomat (and its Plymouth Gran Fury and Chrysler Fifth Avenue siblings), and these cars were the most common police cruisers in America throughout most of the 1980s and well into the 1990s. You won't see many Diplomats today, but I found this high-luxe civilian Salon version in my local Denver self-service yard. 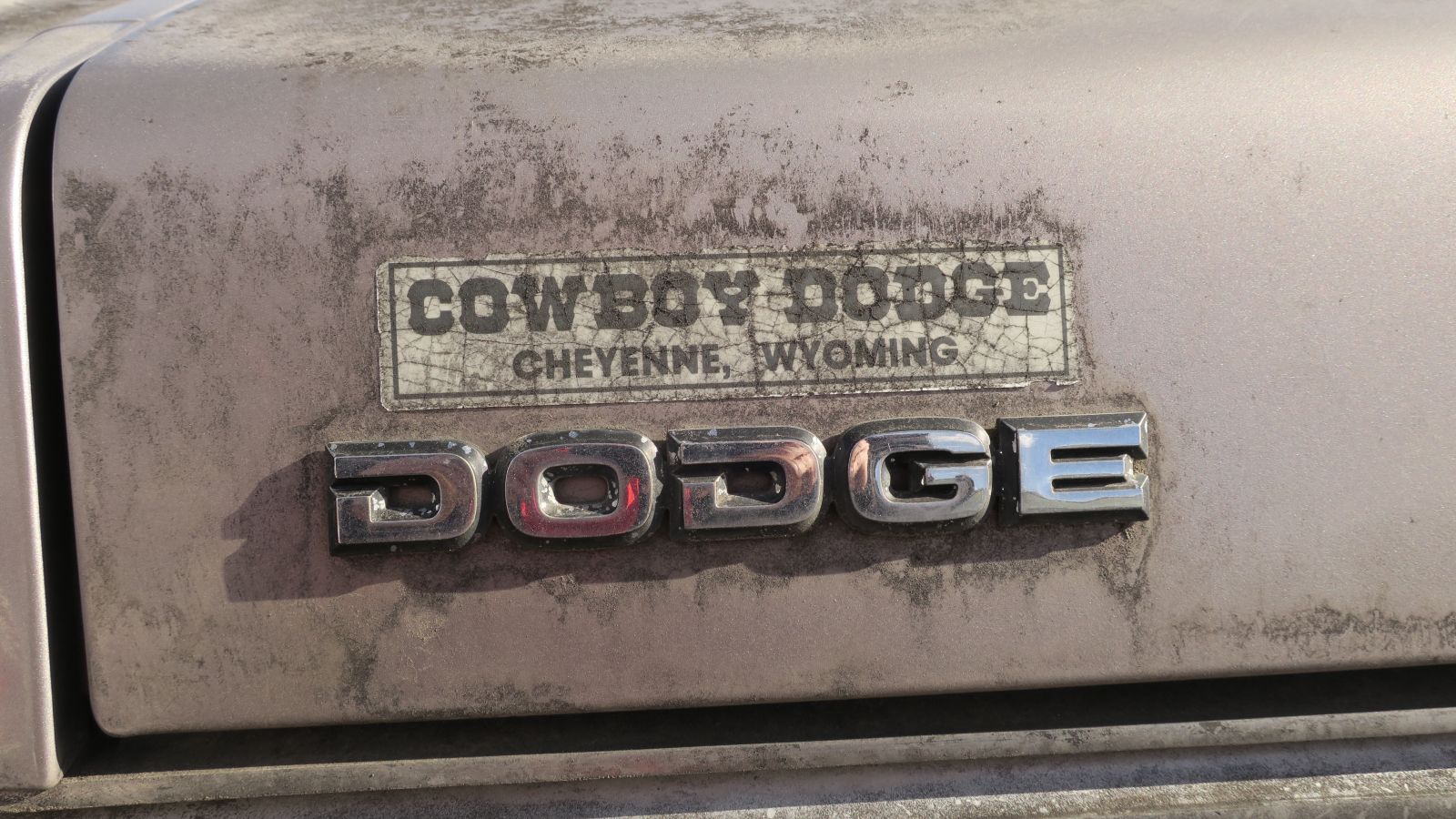 This one was purchased new in Cheyenne, which is just up I-25 from Denver.

A Diplomat was one of the automotive protagonists in the classic car-chase scene from the 1990 film, Short Time. Diplomats have figured heavily in many films over the years. 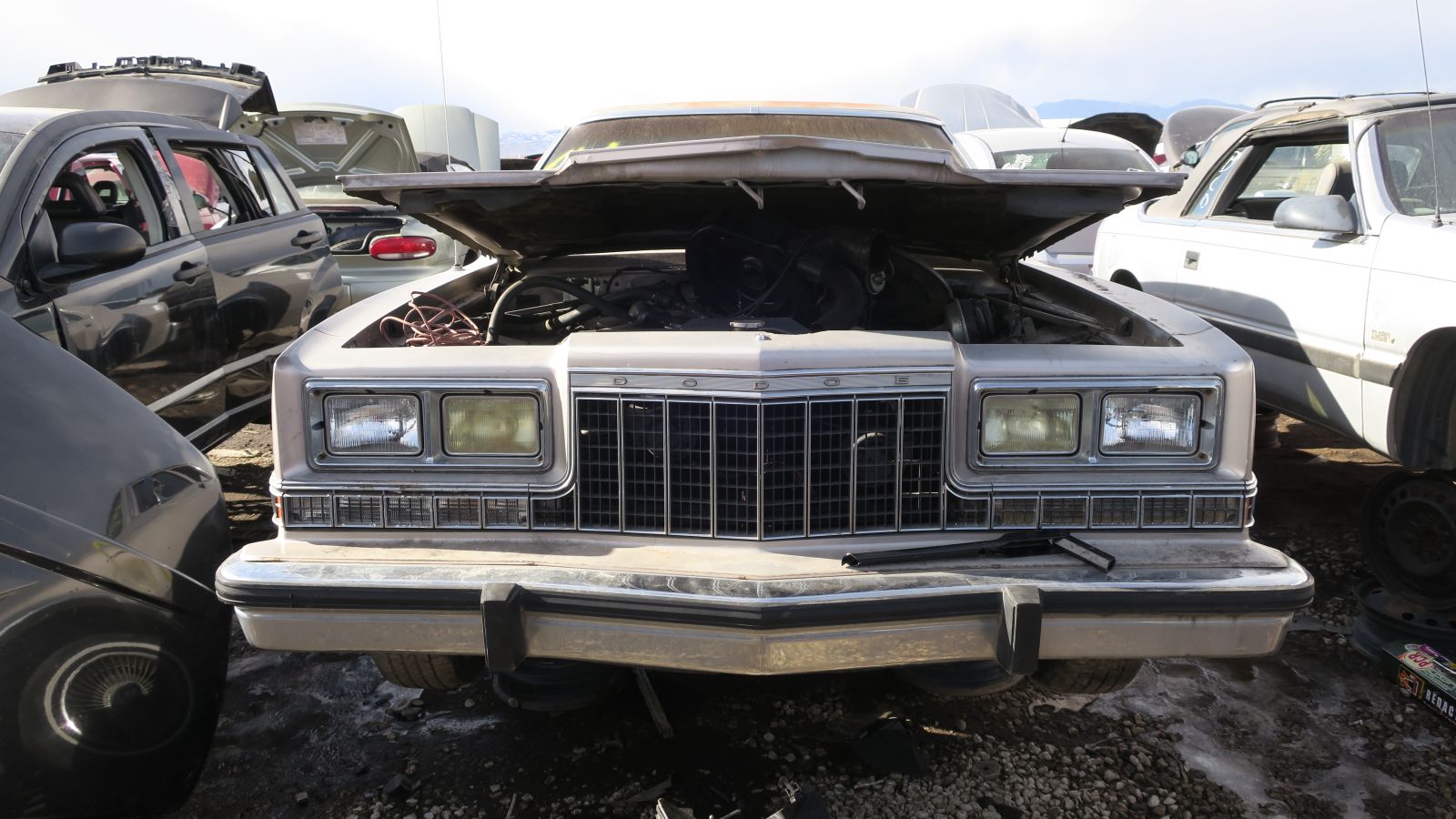 I got my first driver's license in 1982, in a Navy town with ruthless Diplomat-equipped traffic-law enforcement, and so my right foot still twitches in the direction of a brake pedal when I see this grille. 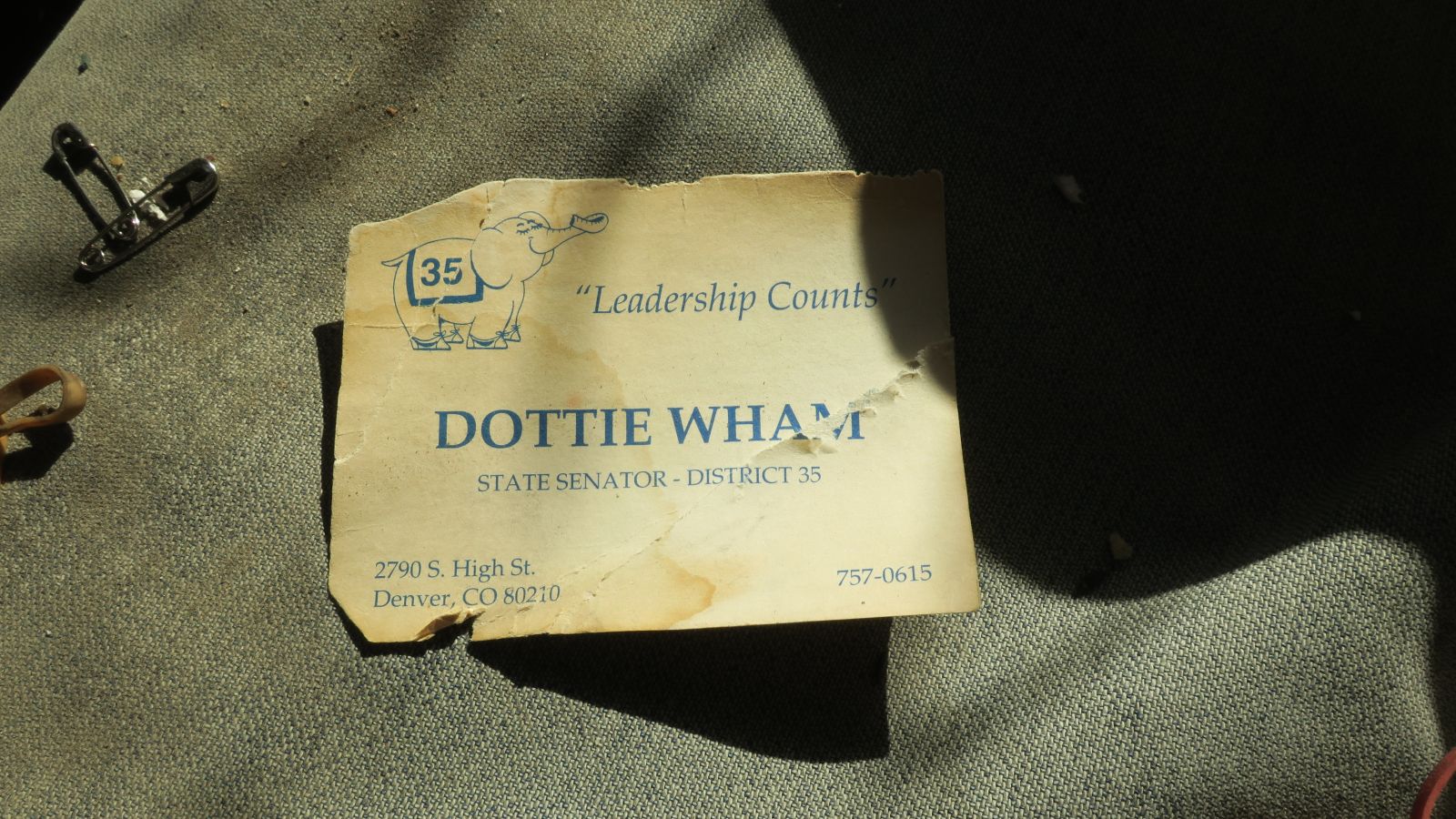 This one was full of Denver-centric ephemera from the early-to-middle 1990s, layered with the shredded paper and rodent poop that indicates long-term outdoor storage, so I'm guessing that the car's elderly owner stopped driving it 20 years ago and it sat until finally evicted by an angry landlord. 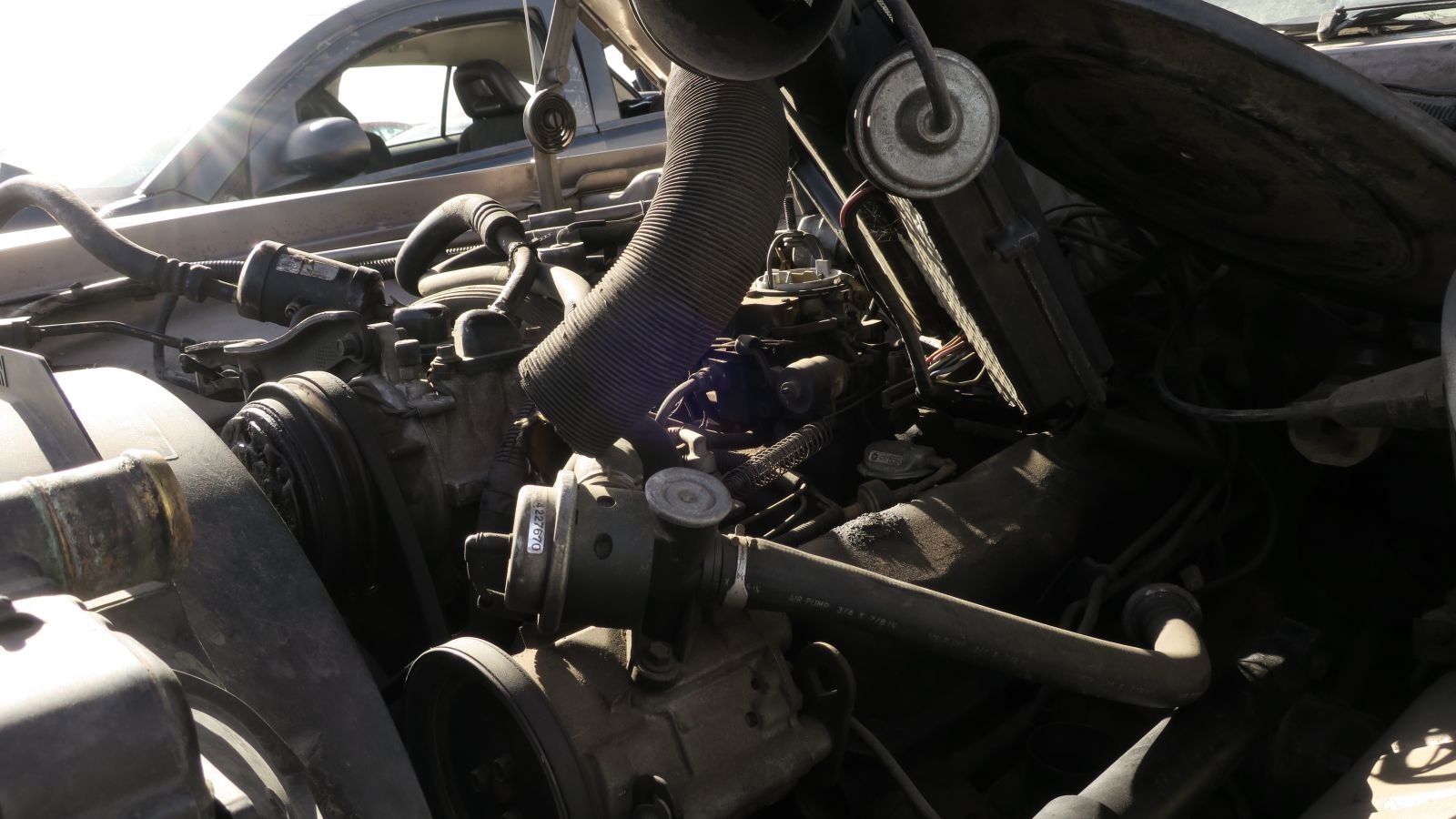 These cars weren't known for being particularly quick in stock form. This one has the carbureted 318-cubic-inch V8 (yes, some cars still had carburetors as late as 1988), good for 140 horsepower.