The cold never bothered us anyway.

Greg Migliore
View All Specs
The previous day was miserable. An icy rain fell over Portland, Maine, coating the pavement and making even walking a chore. Driving a muscle car like the Dodge Challenger seems ill-advised. But this is exactly the weather Dodge hoped for, because we're here to test the new all-wheel-drive 2017 Challenger GT.

The morning of our test drive dawns sunny and cold. The remnants of a late January nor'easter now past, we nonetheless steel ourselves for a day of unruly roads. Stepping into an inch of slush, we open the huge door, climb inside, and nestle into the heavily bolstered driver's seat. Immediately comfortable, we know the Challenger well. It's an old friend. Late in life, it's finally finding stability.

Heading onto the Maine turnpike, we're struck by the Challenger's poise. All-wheel drive civilizes the coupe's brutish nature. We confidently navigate the first on-ramp – still wet from the storm – and merge onto the highway. A rear-wheel-drive car would come unsettled here, yet this Challenger's 19-inch wheels wrapped in all-season Michelin rubber are not disturbed. At the very least, the specter of tire spin would have made us overcautious. All-wheel drive doesn't morph the Challenger into a Subaru Outback, but it does make the Mopar a realistic year-round option for buyers north of the Mason-Dixon line.

Dodge arrived at this conclusion after some introspection. The Challenger and its sibling the Charger sedan are usually cross-shopped with each other, and design is often the deciding factor. With Charger AWD sales remaining strong (in 17 Northern states at least 50 percent of Chargers are sold with the system), not offering an all-wheel Challenger leaves money on the table. Ben Lyon, Challenger brand manager, says the common refrain was, "I would have bought a Challenger, or I would have bought a two-door muscle coupe, if it was available with all-wheel drive."

Naturally, the Dodges share an AWD system, which has an active transfer case and the ability to disengage the front axle, making the Challenger a rear-wheel-drive car in certain conditions to help save fuel. Ambient temperature, wheel slip, Sport mode, passing situations, and the driver's behavior can trigger the all-wheel capability. Power can also be distributed to the front wheels exclusively if circumstances dictate, with 38 percent of the engine's torque available to go forward. With still-slick roads and temperatures in the 30s, our Challenger GT remains all-wheel all the time.

That's fine as we blithely blast through the small towns and past the snow-covered farmland of the Northeast. The cemeteries have headstones from the 19th century and before. We notice a monument celebrating locals who fought in the Revolutionary War. In New Hampshire, a town called Freedom greets us. This is Yankeedom, we muse, an appropriate setting for this car. Though built in Canada (a chunk of which is actually south of us at the moment), it's an undeniable symbol of American muscle. 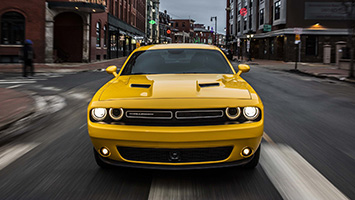 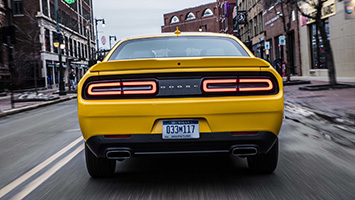 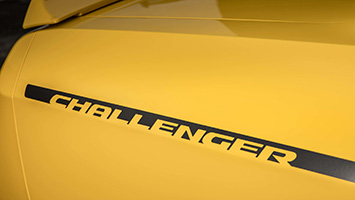 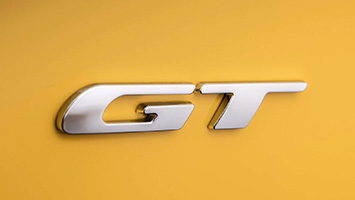 In the case of the GT, that muscle is a strong Pentastar V6 rated at 305 horsepower and 268 pound-feet of torque. The Charger no longer has an all-wheel-drive V8 version, and Lyon maintains the V6 is the volume opportunity for the Challenger. Enthusiasts will bristle, but keeping the muscle coupe fresh and feeding sales demand is the whole point of an all-wheel-drive Challenger. The V6, which was updated for the 2016 model year, has plenty of juice. It sounds good, too, producing a healthy naturally aspirated growl as we accelerate energetically.

Hooked to FCA's TorqueFlite eight-speed automatic, the Pentastar six returns a respectable 27 miles per gallon on the highway, though in the city it gets a more middling 18 mpg, according to EPA estimates. Occasionally we pull the paddles to force shifts, but the transmission generally behaves well enough on its own. The suspension, tuned in similar fashion to that of the Dodge Charger Pursuit package, is sporty enough, but there's still lots of roll as we urge this big car through curves and corners. Detractors say it's floaty – though it has been tightened over the years – and we appreciate the extra cushion when we crash over pockmarked roads with severe ruts. The GT weighs 214 pounds more than a rear-wheel-drive SXT version. We didn't notice the added mass.

We're not just joyriding, content to feel confident over messy roads. We're heading to a snowy outpost called Club Motorsports in a forested and mountainous region of New Hampshire. A normal test drive of a performance car would include a track portion. Been there done that with the Challenger and its many powerful siblings. Today we're playing at a snowed-over country club for racing enthusiasts. There are three events: straight-line acceleration, a rallycross course, and a skidpad make up Mopar's Winter Olympics. 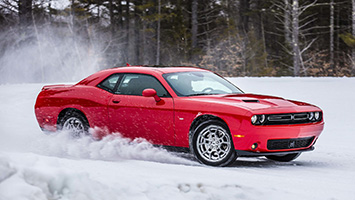 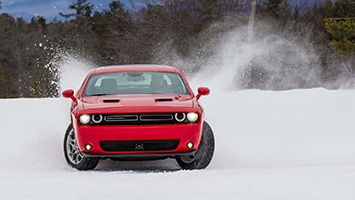 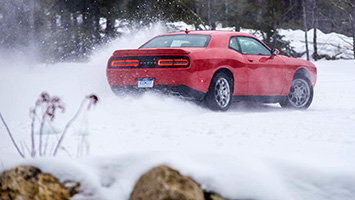 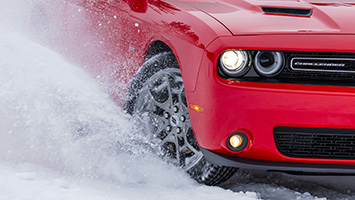 It's great fun, as you can see in the videos at the top of the page. We jump into a reddish-orange Challenger and slide through the rallycross, steering by throttle and hanging the back end out through turns as the cones blur by. The acceleration round is simply mashing the gas and counter-steering to keep the car on course as we blast ahead. And the skidpad, well that was about 10 minutes of doing doughnuts in the snow, plowing through the white stuff with rooster tails in our wake. Adrenaline pumping and sweating under a heavy winter coat, we come away impressed with the big car's reflexes. The Challenger GT is indeed capable of handling a winter snowfall. Remember, though, that the car is still pretty low. We find ourselves briefly beached on the side of a narrow course set up for photography. A little shoveling quickly frees us and we're warned not to stray too far into deep snow – and not to show off for the camera guy.

With darkness and temperatures rapidly descending we make our way back to Portland, wondering if the roads are already re-iced. Still, the Challenger remains sure-footed and we relax a bit inside the cavernous cabin. Our test car has the $995 GT Interior Package, which includes Nappa leather and Alcantara suede seats, a leather performance steering wheel, and a nine-speaker audio system backed with a subwoofer and 506-watt amp. Inside it's just like any other nicely equipped Challenger with leather pieces, the 8.4-inch Uconnect touchscreen infotainment unit, and the clever instrument panel that blends analogue gauges with digital screens. A gray overlay runs across much of the dashboard, brightening up the otherwise blacked-out setting. The blindspots are prodigious, a concession to the dramatic design.

Despite the fact our primary tester wears a color called Yellow Jacket that's accented with a black pinstripe on each side, we don't attract much attention on the road. We're sure the occasional cop takes note when we blur by in the neighborhood of the speed limit, but otherwise people know what a Challenger looks like after nearly nine years in the market. The GT model gets a GT badge on the front fenders. Otherwise, you have no idea it's different from a rear-drive model. Dodge says the most recent refresh points to the 1971 Challenger, and that's evident in the split grille and bulging hood.

At the end of the day, it's all about all-wheel drive for the Challenger GT, something we're grateful for as we ease into the hotel lot at the end of this day of winter adventure. Is it enough to bite into Ford Mustang and Chevy Camaro sales? Perhaps, though those pony cars are lighter and sportier, arguably catering to a different audience. But don't underestimate the enduring appeal of the Challenger. Maybe you're not looking to track your car or don't have dyed-in-the-wool loyalties to one of the Detroit Three. Maybe you live somewhere cold, and rear-wheel drive's foibles have kept you from buying a muscle car in good conscience. A Challenger that's good when the elements are bad – that's intriguing. As Dodge's Lyon put it, "People really want this all-wheel-drive feature." To which we add, "let it snow." 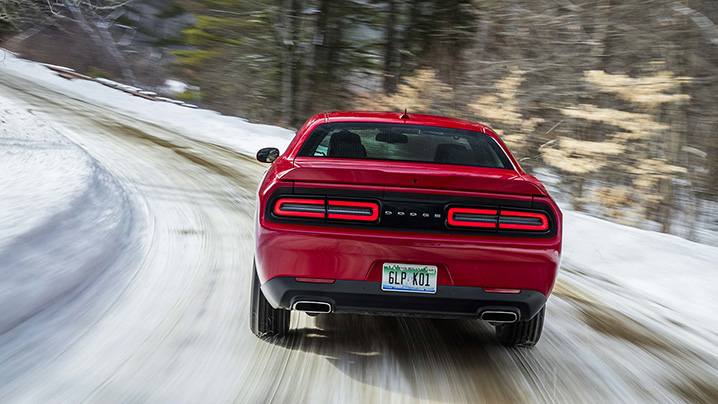